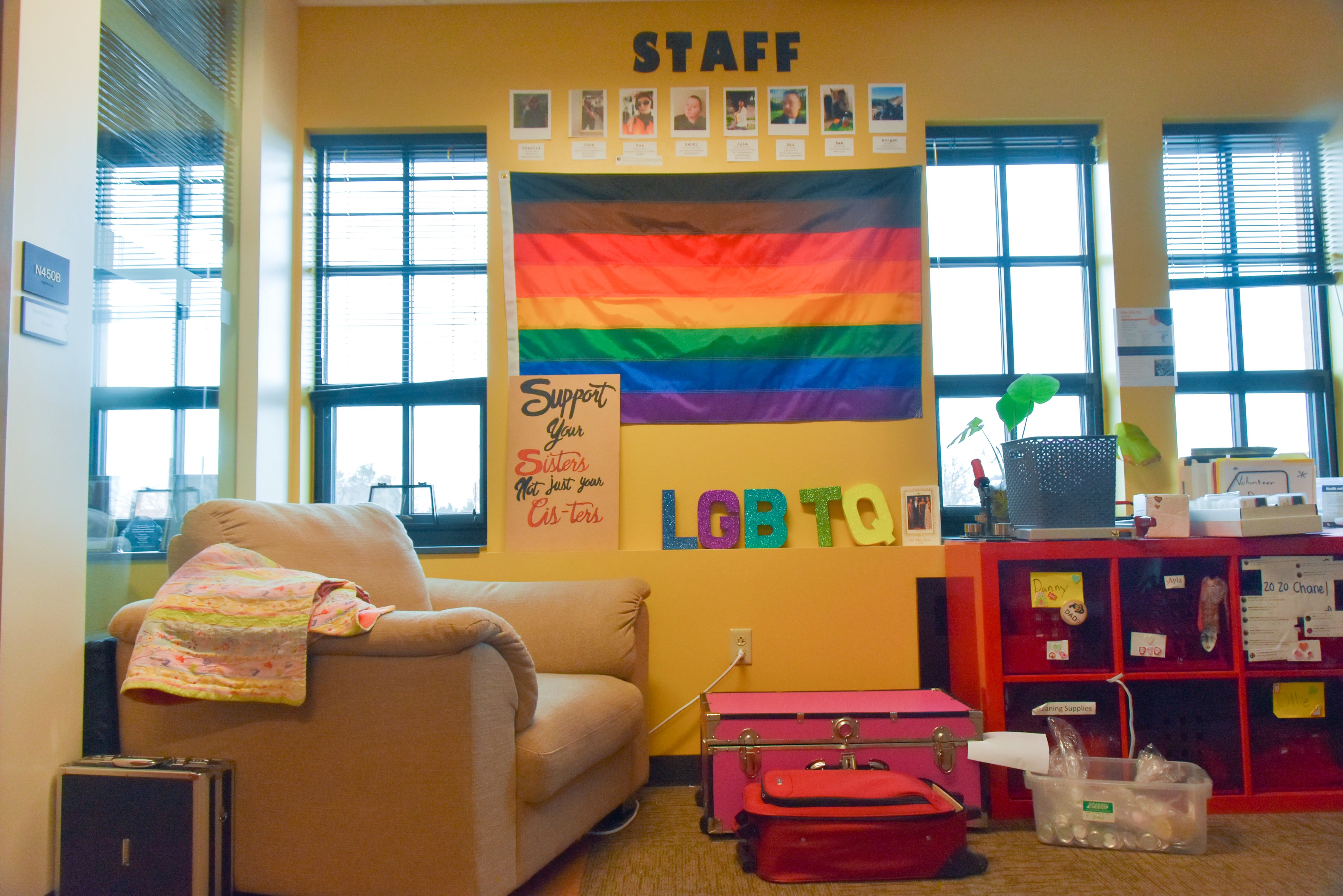 Inside the Gender and Sexuality Center. (Fiona Matson/CU Independent file)

Safe spaces, contrary to common criticisms, including those recently voiced by a recent CUI editorial, are critically important not only to the “marketplace of ideas” but, more importantly, to the wellbeing of marginalized people. Unfortunately, the conflation of “safe space” and “echo chamber” has led to near-constant criticism of these important spaces.

So, what exactly is a safe space?

Rather than being an area premised on excluding ideas, safe spaces allow people to be comfortable being who they are. However, the goal of having a place where people can be themselves without fear of discrimination, harassment or related psychological mistreatment, does have the effect of excluding some ideas from that safe space.

The charitable view of those opposed to safe spaces is these exclusions make them fundamentally at odds with “free speech” or “the marketplace of ideas.” But is every instance of explicitly excluding ideas necessarily a bad thing?

The well-off have a long history of such exclusionary spaces. There are fraternities that serve as safe spaces for men (besides for when they host parties where women might get drugged or raped.

There are Christian youth groups that serve as safe spaces away from proselytizing atheists. And there is TPUSA, a safe-space for a special type of conservative (but certainly not all).

Of course, these are not the sorts of safe spaces generally criticized. Rather, it is safe spaces for members of marginalized communities – the people whose hold less power in our society – that are at issues. Why might they want to have a space where they can exclude certain ideas?

Transgender people face discrimination in America in all sorts of circumstances, not least of all on college campuses. While I am not a trans person, I could imagine that a safe space where my identity is not questioned, and where the acceptability of being trans is not questioned, could be of critical importance.

So yes, a safe space for trans people might exclude discussions of whether transgender identity is legitimate, or whether they should exist. Other ideas that might be barred from discussion in various safe spaces could include if victims of sexual assault are to blame (they’re not), if African-American students only got admitted due to their skin color (that’s not how affirmative action works), or if immigrants are destroying America (even the right-wing Cato Institute realizes that this is absurd).

Yes, safe spaces may exclude some ideas, but it’s not like these are ideas that are new or unheard of to members of marginalized communities. Do you really think that Muslims have never heard the idea that they are terrorists (despite two thirds of 2017’s acts of US terror being committed by right-wing extremists?) Of course not. These excluded ideas are excluded precisely because they are part of the dominant cultural narrative.

Not only does this not harm the marketplace of ideas, but these safe spaces can also promote intellectual diversity. They create places where individuals who might otherwise be justifiably afraid to speak up due to their personal identity are able to more freely express themselves and their ideas. And yes, this gives an opportunity for them to have their ideas challenged, as opposed to having their identity challenged.

The defenders of free speech needn’t worry; even though safe spaces offer a place where some of these damaging ideas are refused discussion, society at large has no such restriction on ideas that belittle people due to their identity. That clear fact, however, might be hard for a lot of us to even consider.

As a cisgender, able-bodied white male, my existence is never questioned. Society at large doesn’t refuse to admit that white men exist. Society isn’t built with consistent hurdles for able-bodied folks, as it is for disabled individuals who face significant barriers not just physically getting places, but also with non-physical barriers spanning from not being killed by police to having adequate healthcare to equal educational opportunities. Society doesn’t treat my sexuality as a joke.

In effect, all of society is my safe space.

For those who are not as privileged as I am (and note that the features that give me such privilege apply due to no actions of my own, but rather due to chance), some spaces can be hostile. Safe spaces give these people a place where they can exist as themselves, where they don’t need to be afraid of speaking for fear of being belittled not due to their ideas, but due to who they are.

As a philosophy graduate student and part-time instructor, it should go without saying that I value critical inquiry. But this doesn’t mean that everything should be on the table in every circumstance.

For example, in class during a unit on the acceptability of global aid, I wouldn’t allow discussions on whether darker-skinned people even deserve to exist. While some people hold the view that they don’t, and that view would certainly impact your views on global aid, it isn’t a productive avenue of discussion. Not only would it take us off track from more interesting and complicated issues, but it’s also grossly racist and allowing such discussion could cause many non-white students to be significantly less able to discuss any issues at all.

And it’s not like those sorts of racist ideas aren’t discussed in other spaces, both online and public spaces all across America.

The classroom situation transitions us well to the related issue of “trigger warnings.” Like safe spaces, trigger warnings get a bad reputation as things that reduce quality discourse, but this couldn’t be further from the truth. I occasionally include trigger warnings for my class, and when I do always link to this useful article which explains that “[t]he point is not to enable — let alone encourage — students to skip these readings or our subsequent class discussion… Rather, it is to allow those who are sensitive to these subjects to prepare themselves for reading about them, and better manage their reactions.”

Just last week, my Philosophy & Sports course was discussing the tight connection between the U.S. Military and the NFL. Given the subject matter required a brief discussion into the realities of war – which included a video of veterans speaking about their experiences – I put out a trigger warning for “military violence.” As far as I know, there could be veterans in my class who have seen active combat. Or there could be individuals who have had loved ones injured or killed in war.

Black voices are erased in many spheres, from sports to personal care.

Women’s voices are largely excluded from health research, and this can cause significant harms to medical knowledge.

A 2018 report shows how few women of color work in the media, limiting the voices and ideas that we are likely to hear without actively seeking them out.

Yes, critically engaging with diverse ideas is incredibly important. Yes, we shouldn’t only seek out voices that confirm what we believe. And no, not everyone with the same racial/gender/economic background has the same views or experiences. But safe spaces are not the threat. They are a way in which marginalized individuals can feel safe, can escape from the near-constant dismissal of their very identity and feel free to engage with ideas where their voice will be heard.

These individuals will then be more comfortable and confident to say their piece in the more unforgiving world at large.

If this is the first defense of safe spaces you’ve heard, it might be worth considering why you’re hearing the voice of someone who has practically the entire world as a safe space, as opposed to those who are fighting for just a tiny slice of what people like me experience everywhere, all the time.