A story of resilience: Ariana Grande’s comeback album ‘thank u, next’ 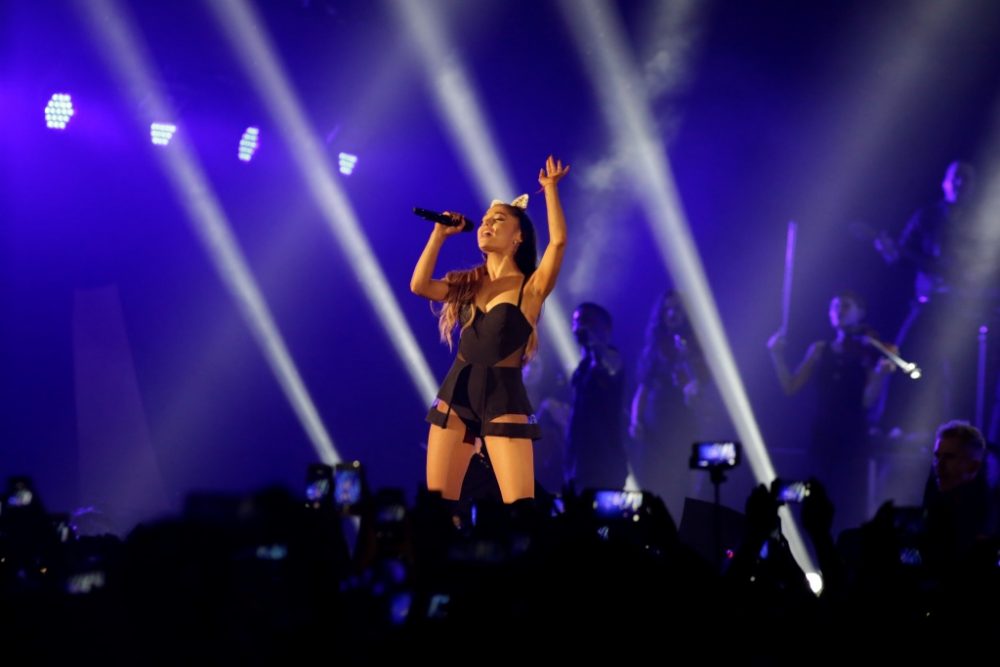 When I found out that Ariana Grande released her latest studio album thank u, next on the morning of Feb. 8, I was standing in below-freezing weather at a north Boulder bus stop on my way to a conference in Boston.

I was utterly shocked at the news, given how recently Grande had released her Grammy-winning album Sweetener. Its upbeat melodies and dreamy soundscapes represented the euphoria the singer was feeling during her very quick relationship and engagement to Saturday Night Live’s Pete Davidson. On the other hand, perhaps I should have seen the new album coming — given the releases of her explosive singles “Thank U, Next” and “7 Rings.”

In any case, I knew then exactly how I would occupy my time during my cross-country flight.

I had already heard (and fallen in love with) the title track, but in the context of this new album, it made a complete sense. If Sweetener expressed the highs of romance in one’s youth, then the album thank u, next was its full-length response: an emotional collection that showcases Grande’s resolve to never let herself become vulnerable to the point of sacrificing her well-being.

Nonetheless, far from conveying bitterness or resentment, “Thank U, Next” is a beautiful tribute to those who have poured into our lives and helped us grow on our own life journeys, even if in the end they weren’t “the one” for us.

Then came along Grande’s second single to be included in the album: “7 Rings.” Given its entrancing dance beat and throwback to queen-from-another-time Julie Andrews, the track is an undeniable bop. However, unlike “Thank U, Next,” this song felt much more controversial and confusing. First off, it slips further into Black aesthetics than the singer has done previously, bringing up legitimate questions of cultural appropriation and whether she has gone too far.

Secondly, instead of whiskers on kittens, “7 Rings” praises the wonders of wealth: “lashes and diamonds, ATM machines.” In the era of President Donald Trump, wherein our country’s executive branch is run by billionaires out of touch with the average American, I hesitate to celebrate the message Grande presents in this song. Then again, if we are to read this album as a response to a devastating breakup, perhaps we should see the song as one of the few coping mechanisms she possesses, locked in the arena of fame and wealth.

But the new tracks released in thank u, next are what really sets the album apart from more happy-go-lucky projects like Sweetener.

For me, Grande’s anthem “Bloodline” is by far the most powerful statement on the entire album. The chorus belts out: “Don’t want you in my bloodline, yeah / just wanna have a good time, yeah.” Reflecting on the whirlwind pace of her last relationship, she asserts that even if she hits it off with a guy, he needs to know his place in the situation.

Ariana Grande is one of the biggest names in pop music in 2019, and she can’t continue her dynasty with any average man.

Crucially, “Bloodline” also solidifies her place as a gay icon. Without shading those who decide to have children, this track speaks deeply to the lives of queer millennials such as myself, for whom the thought of families and childbearing is something of a mythic construction.

As a man who has a very rare surname, I am constantly under the pressure to continue my family legacy. But she clearly reminds us to think twice – or even thrice – about taking on such enormous responsibilities.

The icing on the cake is Grande’s nonna (or grandmother) who leads the track with a sassy statement of self-proclamation.

Another wonder song that rounds out the album is “Fake Smile.” Falling in with some of the dreamy beats of Sweetener, “Fake Smile” tells the story of someone who has come to the point at which she can no longer put up a façade of happiness. From the Manchester terrorist attack to her breakup with Davidson to the death of her ex Mac Miller, she has been through a heartbreaking amount of grief and trauma in the last year.

Echoing her song “Get Well Soon” from Sweetener, which provided a window into the singer’s time in therapy, “Fake Smile” presents a similar message of being real with one’s emotions and refusing to let oneself slowly die in a sea of societal expectations.

A big and bold work, the studio album thank u, next continues to fill out the complex personality of Ariana Grande.”

‘The Popular Mechanicals’ to bring laughs to the Loft...