Opinion: Workers of the court, unite! 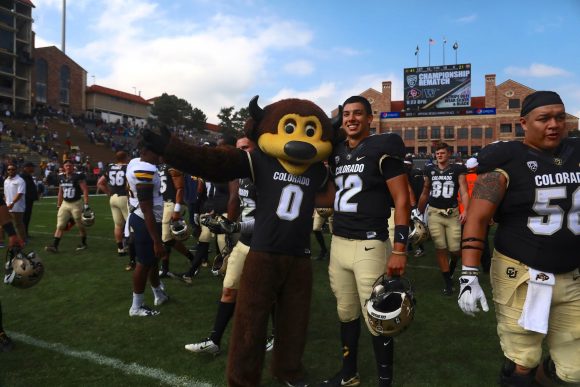 Despite it being a time where union membership is at a record low — though there is growing popular support of unions as well as growing evidence that higher rates of unionization increase benefits even for non-unionized workers — unions are still a powerful force in the world of professional sports. This has been especially evident of late, due to backlash against athletes using their platform to stand against injustice.

As you are likely aware, over the last few years there has been a slew of protests against racist violence perpetrated by police officers, taking place during the national anthem. Not surprisingly, this hasn’t gone over well with many fans, owners and politicians. There have been attempts to fire athletes for exercising their voices, or force them to stand for a flag that, according to Colin Kaepernick, stands for “a country that oppresses black people and people of color.”

Without strong union protection, these athletes would either be out of a job or forced to act against their conscience. Fortunately, these professional athletes are unionized.

Just last year, the NFL Players Union was able to stop the league from forcing players on the field to stand for the National Anthem thanks to their strong collective bargaining agreement.

In 2016, players in the WNBA — arguably the most activist league in America — were fined for protesting deadly police violence against black men. However, due to strong collective stances by the players, these fines were quickly overturned, with the league president publicly stating that she would be working with the players’ union going forward to help the players make their views known in the future.

While protection against retaliation is an important function of unions, they do much more. From MLS to the NBA, the collective bargaining agreement is key to more fair wages. Unions fight for safer working conditions, as we saw in 2011’s new NFL practice rules. And they can take help take care of retired players — quite important when athletic careers are often only a handful of years — as we see with the NBA’s generous pension plan. More generally, unions can help athletes have a sense of control over their lives, as was made most vivid when the MLB Players Association worked with Curt Flood to help win free agency.

But aren’t college athletes college students? While a discussion of what it is to be a “student-athlete” — a term invented by original NCAA Executive Director Walter Byers to get out of paying workers compensation — will have to wait, it needn’t matter what else these athletes are. While being a student is an important part of being college athletes, that doesn’t mean they aren’t workers, too.

Even a brief consideration of time college athletes spend laboring and the money that flows through the college athletic industry makes their status as workers very difficult to try to reject.

In 2015, the PAC-12, CU’s athletic conference and one of the “Power Five” athletic conferences in the NCAA, released a study that included this gem: “On average, PAC-12 athletes are spending 50 hours a week on athletics during season.” While only 21 of those hours were on required activities, the PAC-12 study admitted that while “voluntary athletics are ‘not required’, the general consensus is that they are actually mandatory.”

“People think it is so great to miss class, but it is awful because you are responsible for all of that work,” Haigler said.

All that time laboring isn’t just for fun and bragging rights. College sports is a big business.

The NCAA, largely an oversight and governing body, had over a billion dollars in revenue in 2017. The head of the Outback Bowl makes over one million dollars a year for hosting one college sporting event. CU Boulder Athletics reported $86,537,487 in total revenue for 2017. Our new head football coach recently signed a $14 million+ contract, despite CU still being on the hook to pay for roughly $10 million to our recently fired coach.

That’s to say nothing of sponsorship dollars, which are over one billion per year and growing. CU sits just outside the top 50 in revenue from apparel sponsorship, barely getting more than two million per year. And there’s no good reason to think these sponsorship dollars would dry up if athletes were able to collectively bargain for their fair share. While the NCAA stopped EA Sports from making video games so that they wouldn’t pay the athletes, EA Sports was happy to pay college athletes for use of their name, likeness and image.

College athletics is a big business that would be nonexistent without the athletes. However, unless college athletes band together — and what is a union, fundamentally, if not workers coming together to better their working conditions — they won’t be able to exercise their power.

While there have been some examples of college athletes acting collectively to fight injustice — from the 1968 UC Berkeley football team boycott that led to the first black football coach in the PAC-8, to the 2015 University of Missouri football team protesting to take down a racist college president — these are the exception, not the rule. Until college athletes are unionized to work together and protect individuals from retaliation, it will be difficult for them to stand up for their rights. By following in the footsteps of their fellow workers in the professional leagues, college athletes could truly wield their collective power.

Imagine a team at the Final Four refusing to play for free while coaches get paid millions and billions are spent betting on their performance. Imagine a Power-Five football team refusing to play until there were adequate safety procedures in place so that no one else would die on the practice field due to gross negligence. Imagine if college athletes simply refused to work until their status as workers, and all that it entails, was recognized?

It’d be great if the colleges, conferences and NCAA stood up for athletes’ rights out of the goodness of their hearts, but it’s painfully naive to expect anything of the sort. As the great Kareem Abdul-Jabbar said, “the only reason [the NCAA] would change its mind now would be the threat of a union.”