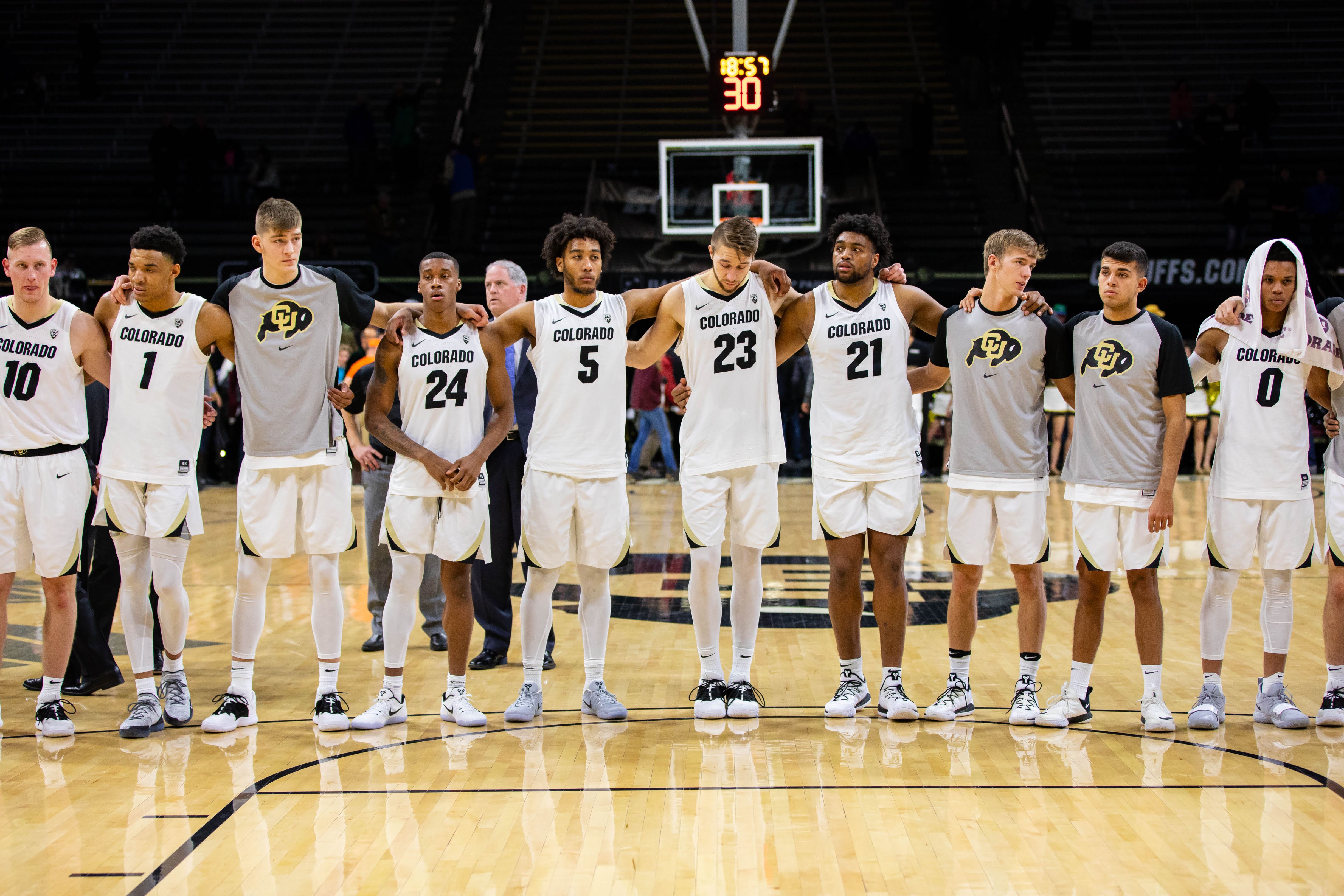 With both teams coming off losses, it was the Beavers that earned a comeback win on the road, 76-74, while surviving a last-second surge by the Buffs.

Shortly after 7 p.m. the game began, with both teams trading baskets early. Sophomore guard McKinley Wright IV led the way for CU, tying the score at six around five minutes into the game.

The Buffs got some help from junior guard Shane Gatling, who put up a quick five points, helping give CU a seven-point lead. OSU answered with a three-pointer by sophomore forward Alfred Hollins and then followed with a quick layup and all of a sudden, CU was only up by two.

The Beavers were doing a good job of working the ball into the paint and getting Colorado into foul trouble. This physical style of play proved to be very effective early, as the Buffs didn’t have an answer on defense. With just under eight minutes left in the first quarter, the Buffaloes trailed 18-17, although the game was far from over.

“It’s everyone responsibility to lift our teammates up and really pull ourselves up by our bootstraps,” said freshman forward Evan Battey.

However, the Buffs didn’t let missed free throws stop them. On its next possession, Colorado scored and then went on an eight-point run to stretch the Buffs’ lead to 34-25 with 2:34 left in the half. The energy in the CU Event Center rose and the players fed off it, playing with a little more pep in their step as the crowd rose to their feet for a standing ovation.

However, Oregon State kept the pressure on. Led by redshirt junior forward Tres Tinkle with 10 points and senior guard Stephen Thompson Jr. with nine, they hit back-to-back threes, as the Beavers pushed back. At half, OSU closed the gap with CU to make it 40-35, with Colorado still in the lead.

Gatling got things going for the Buffs in the second half, hitting a fadeaway corner three on Colorado’s first possession. OSU kept attacking the lane and earned a handful of fairly easy baskets and quickly tied up the game at 45-45 with 16:46 left in the second half.

Colorado’s halftime lead had dissipated into the thin air.

With 13:15 left in the game, Wright IV was fouled beyond the arc and was sent to the line, missing two out of three free throws. Wright wasn’t alone as the Buffs were shooting an ugly 9-of-18 from the line on the night.

The 50 percent make rate from the charity stripe certainly contributed to their loss.

“The bottom line is we have to get better at every facet of the game, offensive execution, shooting the ball, shooting free throws,” said head coach Tad Boyle.

OSU’s Hollins continued to roll after he hit his third three of the night with 9:56 left, giving the Beavers the one-point lead. Hollins hadn’t missed from downtown at that point.

With 8:50 to go, the Beavers and Colorado were tied at 60. The Buffaloes’ free throw struggles continued and with six minutes left in the half, CU had a better field goal percentage at 53 percent then their free throw percentage at 47.

Both teams shared the workload evenly, with no one player on either team having to be a one-man show. OSU’s Thompson Jr. and Tinkle both ended with over 15 points. Colorado, on the other hand, had Gatling, Wright IV, and Battey all with over ten points.

“…Thompson and Tinkle are good players and they proved it tonight, they made plays down the stretch when they had to and that was the difference in the game,” Boyle said.

CU and OSU were tied at 67 with about two minutes to go.

The last seven points for OSU came via the charity stripe, as Colorado could not avoid fouls.

However, CU kept things interesting until the very end. With 1.8 seconds on the clock, Wright IV hit a three to make the score 75-74, but it would be too late.

OSU hit another free throw and while Colorado did managed to loft up a prayer, it was not close enough, as the game ended, 76-74 in favor of the Beavers.

The Buffs will be kicking themselves over the amount of missed free throws, given such a close loss.

“We’re focused on winning the next game and getting better in practice every day, that’s really all we can do right now,” Gatling said after the loss.

Colorado will play again at home on Saturday, Feb. 2 against Oregon at 7:30 p.m. MST. 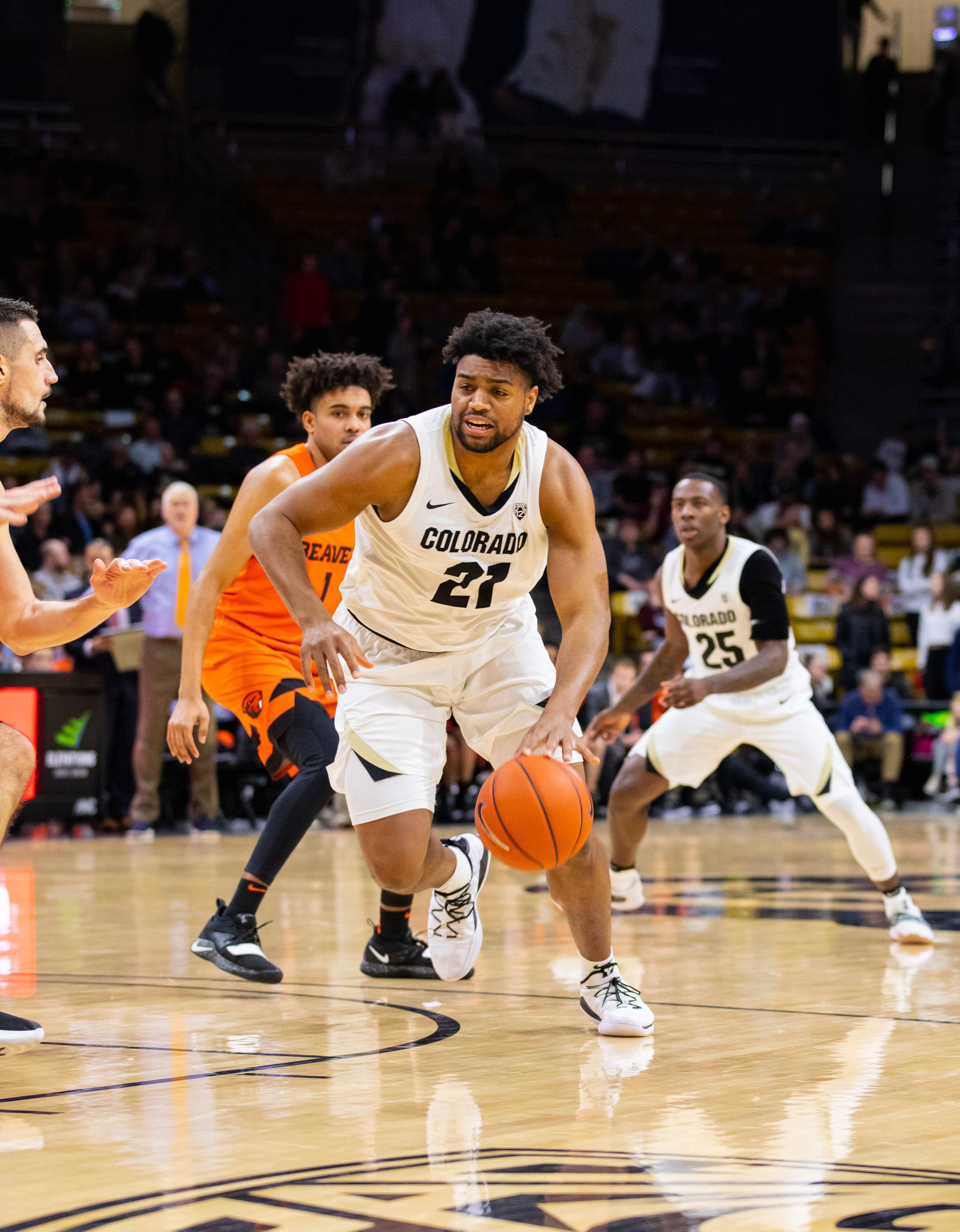 Freshman forward Evan Battey dribbles the ball around the other players in order to have a better shot at scoring. Jan. 31, 2019 (Casey Paul / CU Independent) 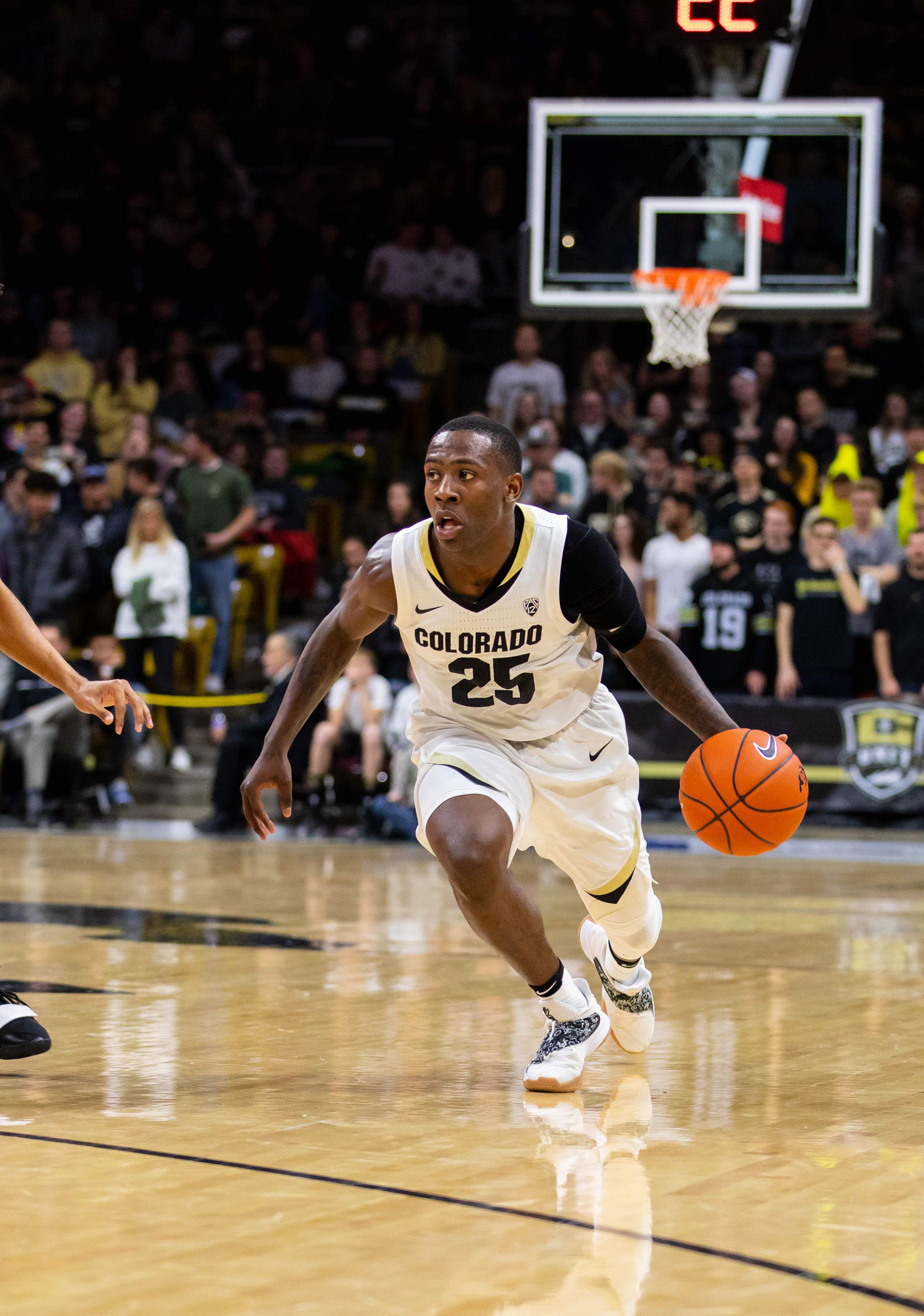 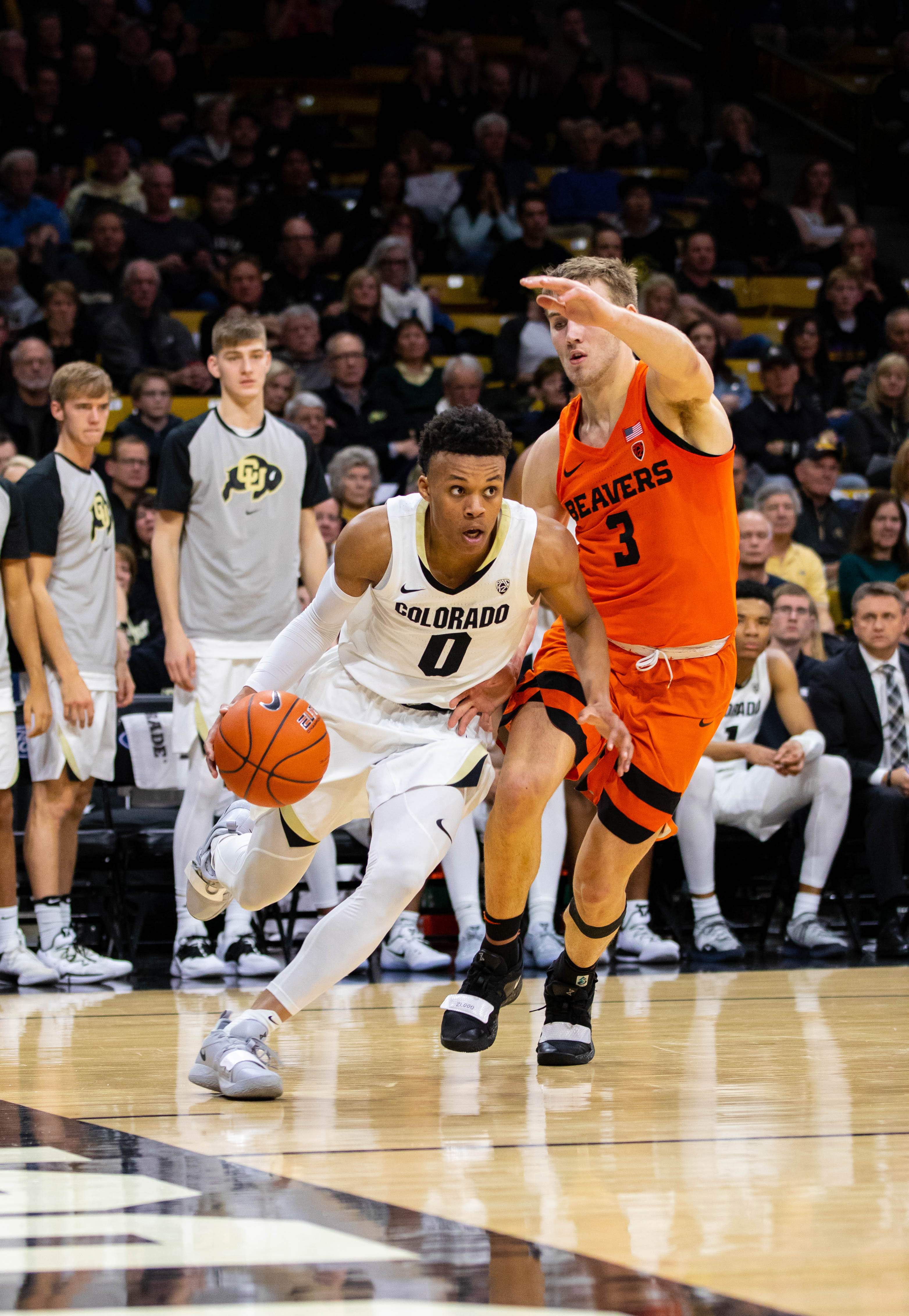 Junior guard Shane Gatling swerves around his opponent, the Oregon State beavers, and goes in for the shot. Jan. 31, 2019 (Casey Paul / CU Independent) 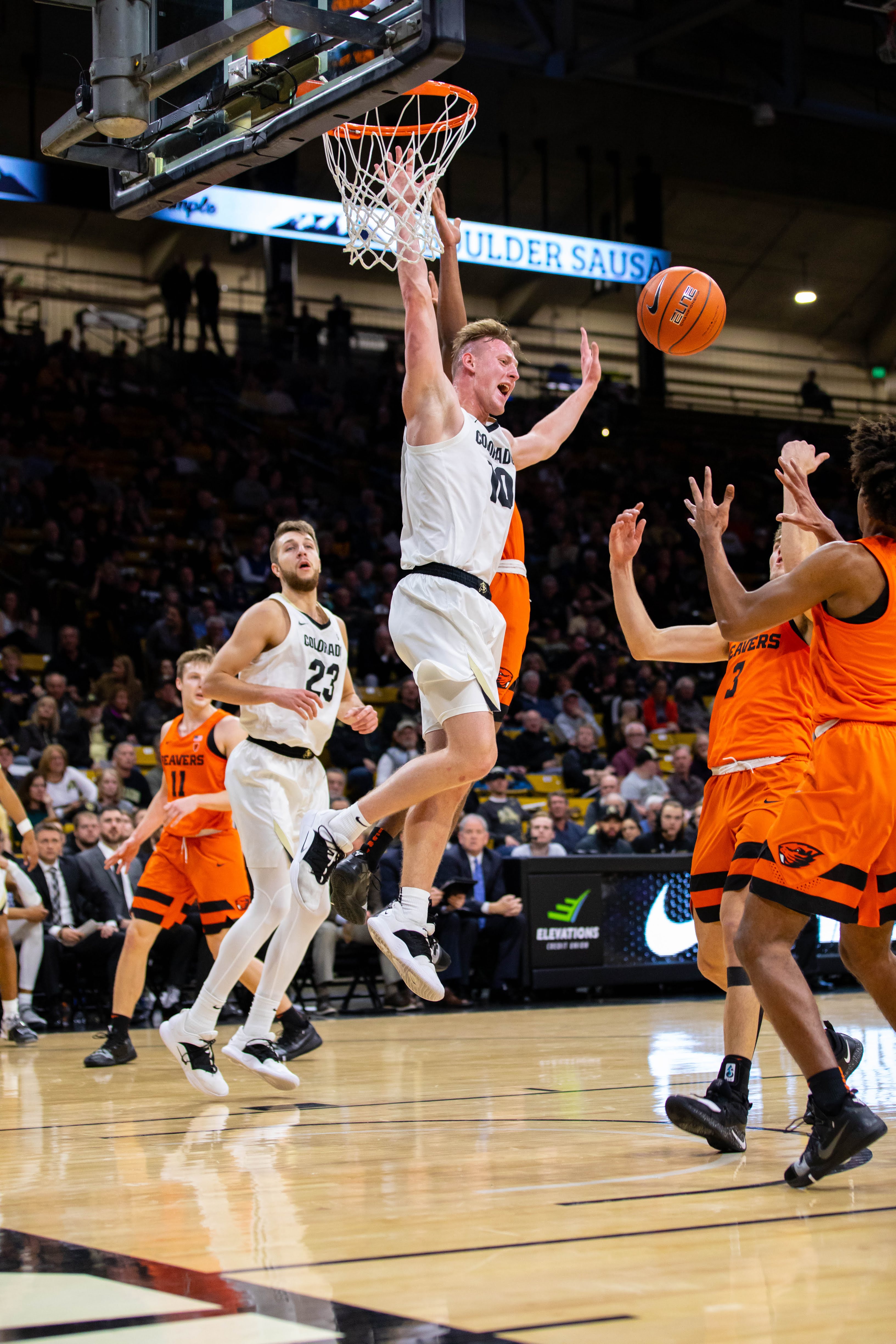 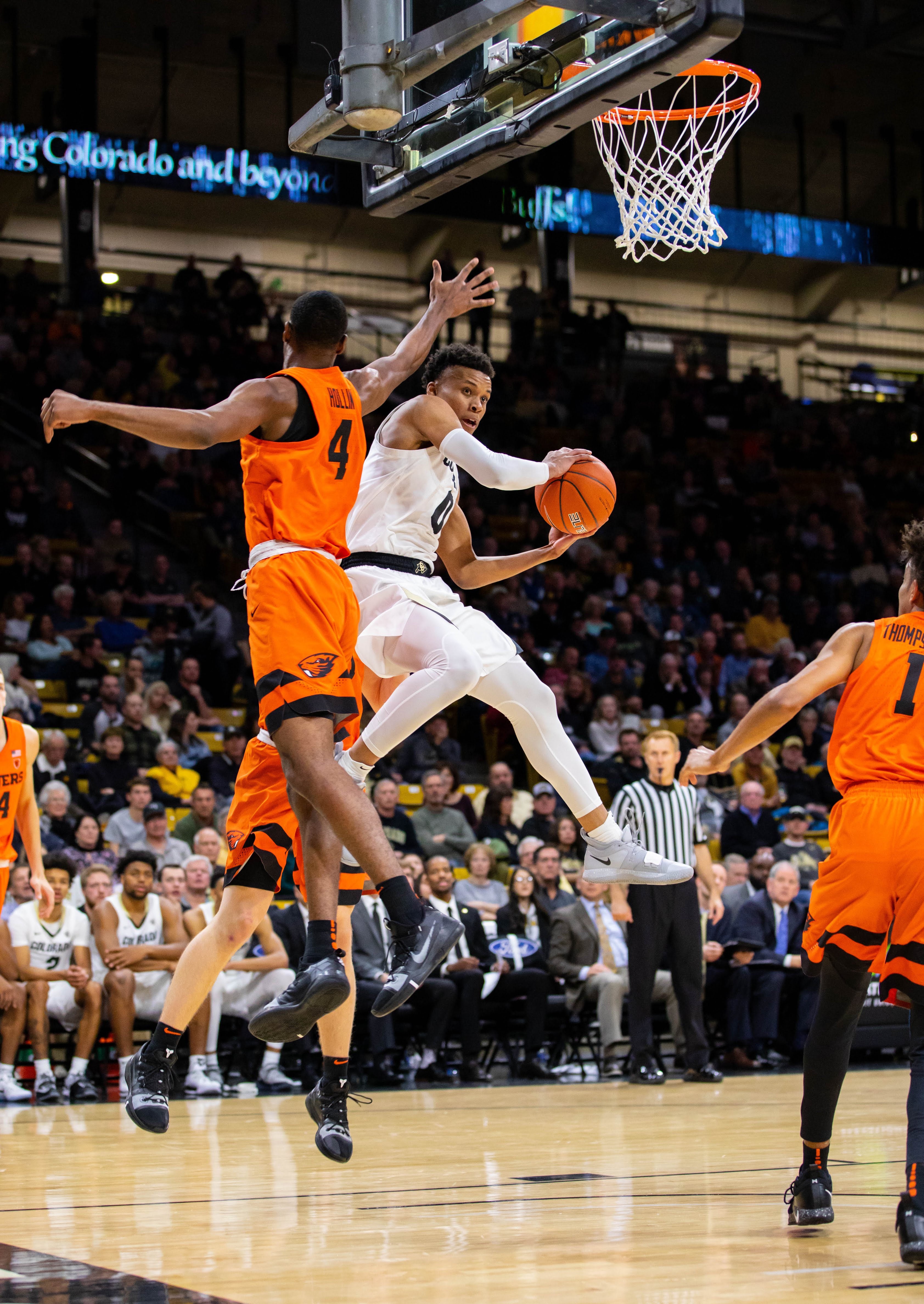 Junior guard Shane Gatling jumps around his opponent while keeping an eye on the prize. Jan. 31, 2019 (Casey Paul / CU Independent) 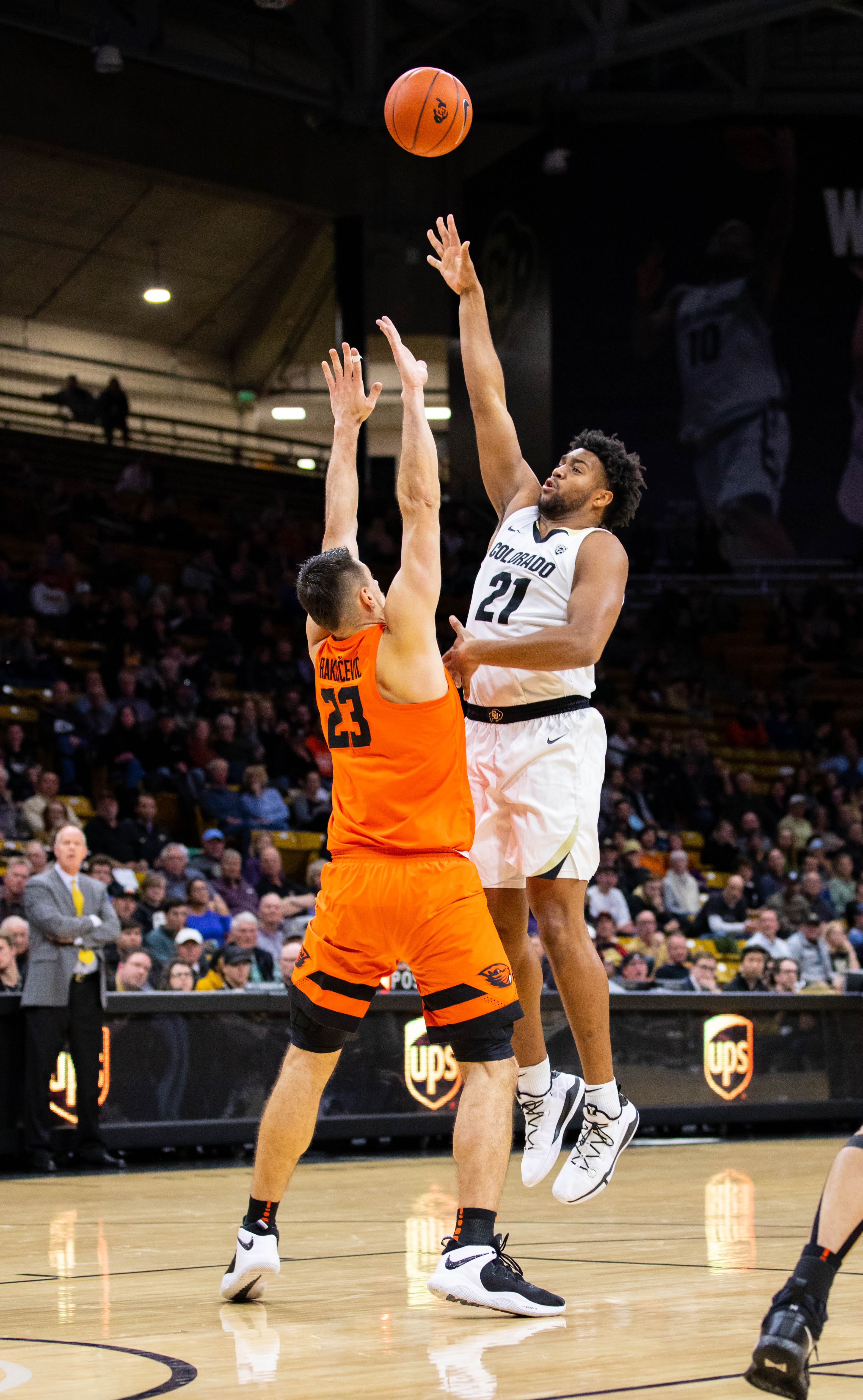 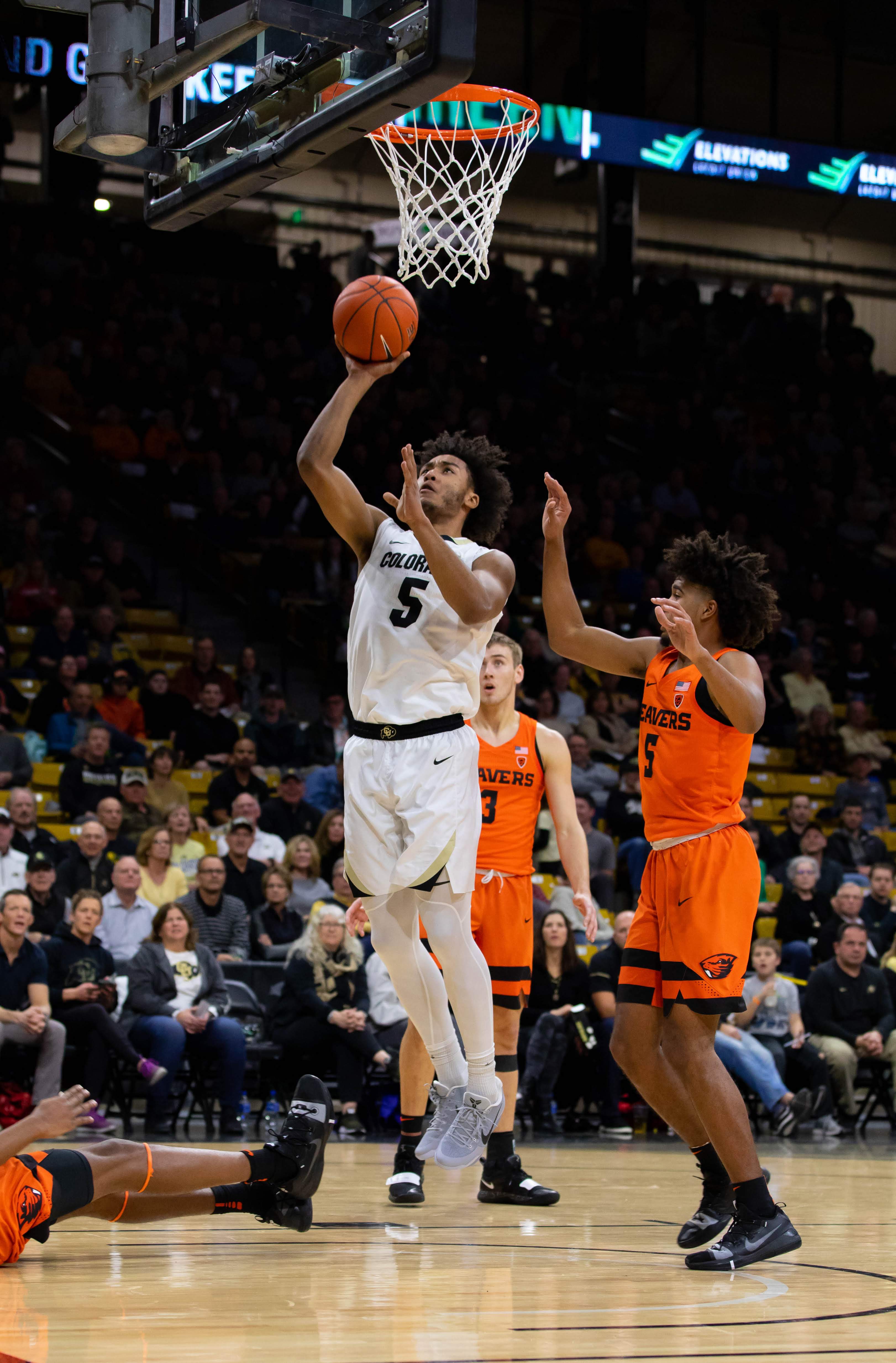 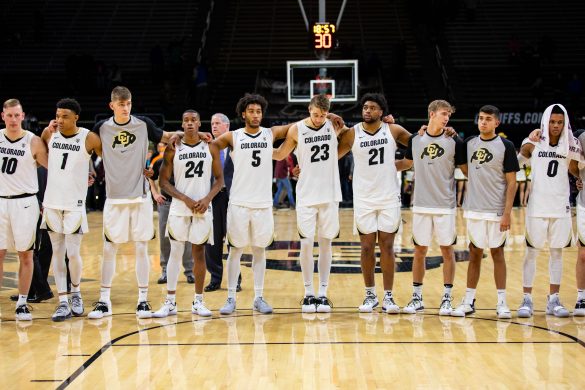