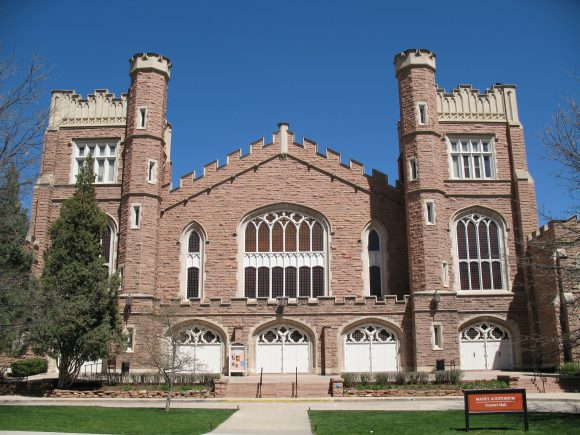 Held on Jan, 19, the program showcased the works of composers Aleksandr Borodin, Sergei Rachmaninoff and Sergei Prokofiev. Before the program began as scheduled, the Boulder Philharmonic played a short work by Edward Elgar. Conductor Michael Butterman dedicated this piece to the late Kim Peoria, the orchestra’s former personnel manager and principal bassoonist, who died after a long battle with cancer according to the Central City Opera’s eulogy. The piece was followed by a moment of silence to honor Peoria’s memory.

The program then showcased a vibrant progression of Russian music from traditional themes to a mature and expressive Romantic style.

Borodin’s “In the Steppes of Central Asia,” a celebration of Russian folk music, officially opened the concert. Depicting a caravan’s voyage in Central Asia, the piece began with “the unfamiliar sound of a peaceful Russian song.”

As it progressed, “the approach of horses and camels and the bizarre and melancholy notes of an oriental melody” were heard with increasing volume before slowly dying away, as the caravan passes into the distance. A clarinet introduced the sweet and simple Russian melody with light accompaniment from the violins, which was soon echoed by other instruments. Quick, staccato notes from the strings mimic the horses’ plodding steps across the plains. As the piece gradually built to a climax, the orchestra’s superb dynamic control created a wonderful effect of the caravan coming closer — the brass and timpani echoing through the hall — before the piece died away, leaving a single flute to echo the original melody.

Garrick Ohlsson joined the Boulder Philharmonic for the second piece. A child prodigy, Ohlsson began studying piano at the age of 8 at the Music Conservatory of Westchester in New York. Within five years he was enrolled at Julliard in New York City. From there, his career has continued to flourish for nearly six decades. He has won several of the world’s most prestigious competitions, including the Chopin International Piano Competition in 1970, and recorded numerous albums, winning the Grammy in 2008 for Best Instrumental Solo Performance. At the age of 70, he still enjoys an active musical career, traveling around the world and performing with internationally renowned orchestras.

Ohlsson exhibited his consummate technical prowess as he tackled Rachmaninoff’s fiery “Piano Concerto No. 1 in F-sharp minor,” a startling contrast to the calmer Borodin. Opening with a brass fanfare, Ohlsson entered right away with an impressive and ostentatious piano solo, followed by grandiose chords echoed by the orchestra. The work’s slower melancholy passages were punctuated by wickedly fast piano scales, as Ohlsson’s fingers glided to and from each end of the piano. The piano was executed so quickly that the notes blended together into a massive wave of sound.

Increasing in intensity, the final movement, “Allegro Scherzando,” seemed even faster than the other two movements; sonorous cymbals crashing amid the booming brass and clamorous strings while Ohlsson’s piano melody floated over the top, standing out by sheer virtue of its indefatigable speed.

Although a formidable work, Prokofiev’s “Symphony No. 5 in B-flat Major, Op. 10” in the second half paled in comparison to the epic Rachmaninoff concerto. The piece dragged on, though coming to a joyful close after three gloomy movements.

Within the walls of Macky, Rachmaninoff and Ohlsson triumphed over Prokofiev, leaving a lasting impression of awe on the audience.