Tracing the evolution of the Womxn’s March through its attendees

The 2019 Womxn’s March in Denver drew an estimated 80,000 protesters for the third annual march protesting the Trump administration’s policies. Participation in the march has decreased from previous years after reports surfaced of anti-Semitic behavior from the national women’s march leaders, and as Democratic Party figures have distanced themselves from the organization.

The Denver chapter of the march issued a statement denouncing anti-Semitism, and rebranded this year as the “Womxn’s March” in the name of being more gender-diverse. Denver organizers said that they intended to make this year’s march more inclusive of women of color, transgender people and people with disabilities. They gave this year’s march the theme “Listen to those who have been silenced. Unite under the banner of anti-oppression. Act with intention.”

The original Women’s March on Jan. 21, 2017 stands as the most widely attended single-day protest in U.S. history, with hundreds of thousands of protestors coming out across the country the day after the inauguration to protest the Trump Administration. Over 100,000 attended the Denver march at Civic Center alone.

What began as a counter-inauguration has grown to encapsulate a host of social issues and policy condemnations, keeping in pace with the increasing human rights abuses produced by the administration.

CU ‘17 graduate Michele Weindling has attended the march annually since its conception, and on Saturday came holding a sign declaring “I march for immigrants, refugees, black lives, gun control, Cyntoia Brown, Dr. Ford, my right to choose, A GREEN NEW DEAL, universal healthcare, and an equal and safer future for ALL!” She believes that each year has had a slightly different theme as the nation’s focus has evolved over the years.

The first year, she said,was mainly a rebuke of the presidential election and the bigotry expressed by newly-elected President Trump. 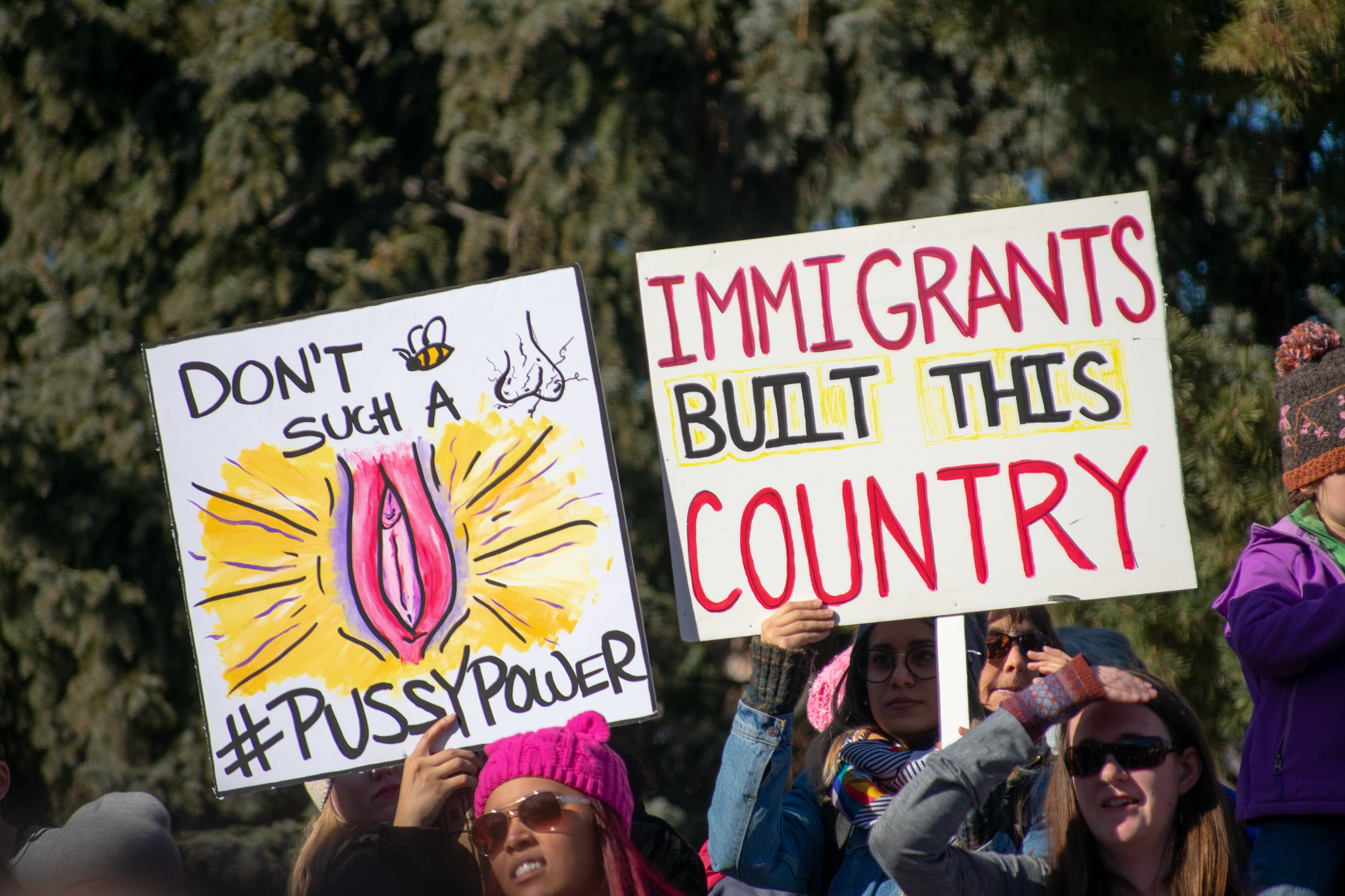 In 2018, the #MeToo movement played a prominent role in rousing people to protest. Last year, she said, showed the importance of supporting victims of sexual assault and showing that enough is enough. For the 2019 march, Weindling saw a focus on policy.

“It’s important that we show that we’re here for one another once again, but also that we know exactly how we need to change the country and what we want to do in order to achieve that,” Weindling said. She said that issues such as preventing police brutality and immigration reform are long overdue.

The continued influence of the movement to end sexual assault was also noted by CU freshman Chandler Sanchez.

“A big theme here is definitely sexual assault and believing women, just that kind of mentality of not trusting women and not taking them as seriously,” Sanchez said.

“I think it’s been trying to be more inclusive to all bodies, especially trans bodies,” they said. Amayas marched in reaction to the transphobia expressed by the administration and sees the pussy hats worn at the march as outdated and non-inclusive to all women.

Moving to replace the iconic pink hats with beanies was a decision made by the Denver chapter’s leadership team.

The expansion in the demographics of those represented in the movement was similarly noted by Jeremy Vasquez, San Francisco-based spoken word artist and speaker. Vasquez, who attended prior years’ marches in the Bay Area, saw an uptick in the number of youth, especially those not yet old enough to vote, turning out to protest.

“It’s really exciting to see the youth, the young women specifically, leading the revolution,” Vasquez said. “The heat is rising…patriarchy and white supremacy are on its last legs.” 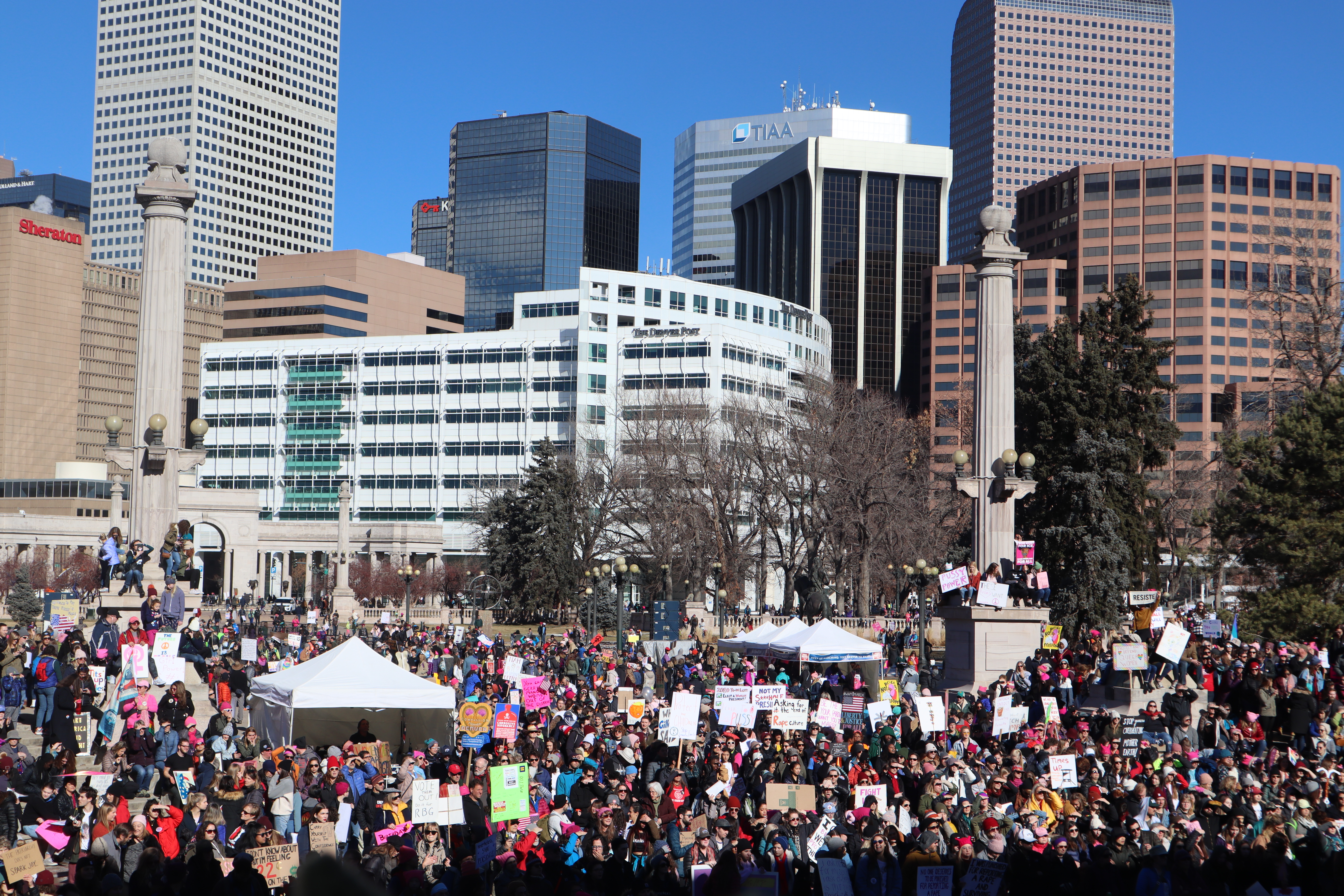 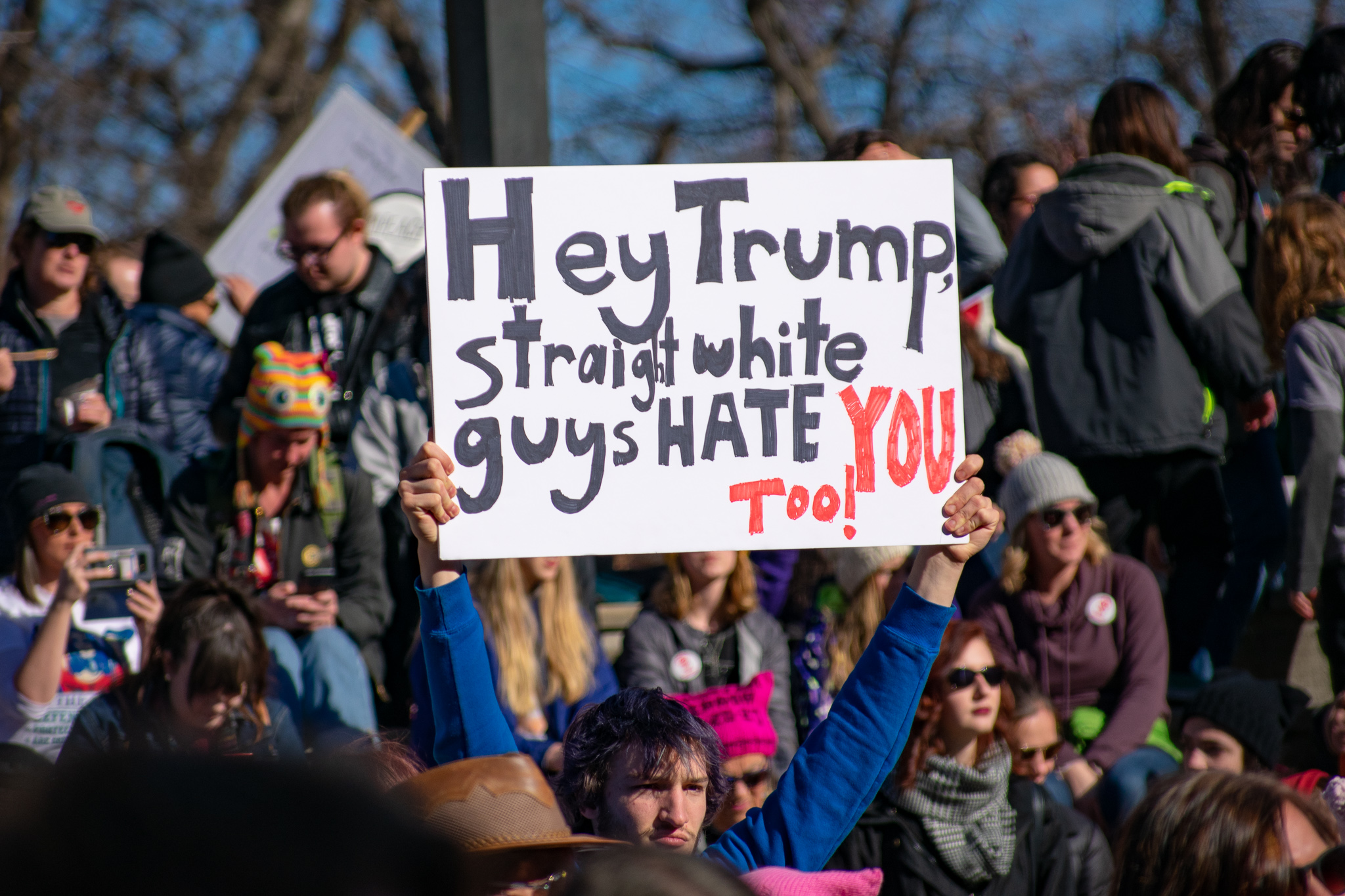 A man holding up a sign that reads "Hey Trump, straight white guys hate you too!" Jan. 19, 2019. (Anna Haynes/CU Independent) 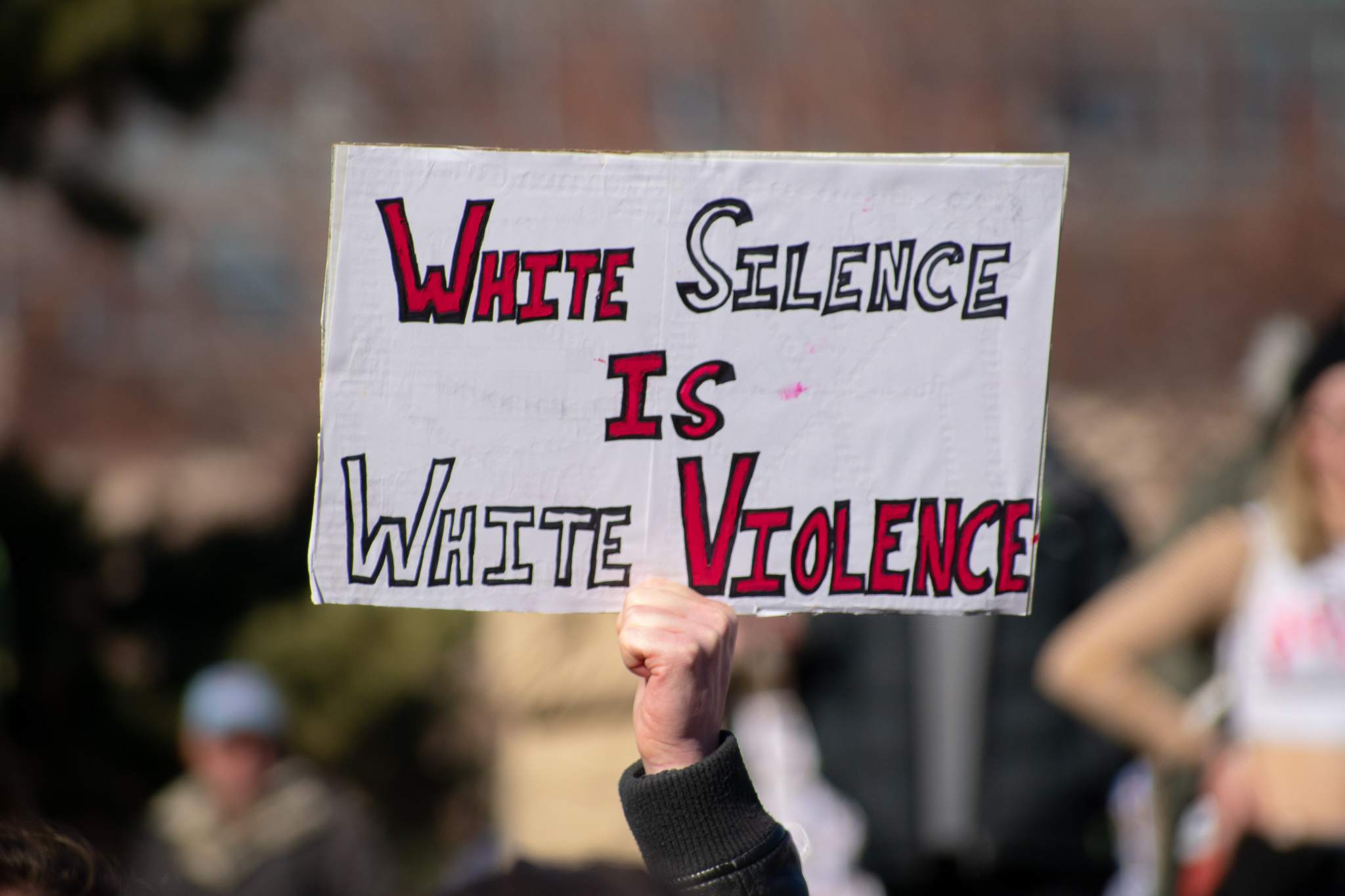 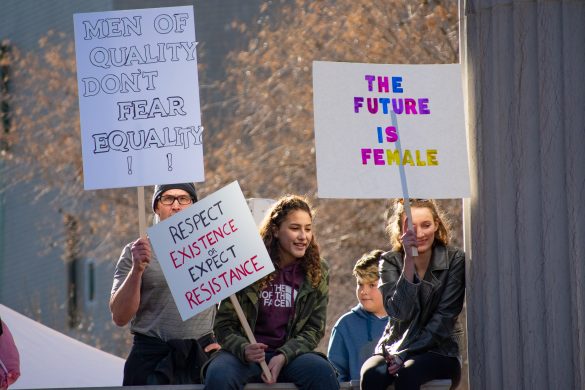 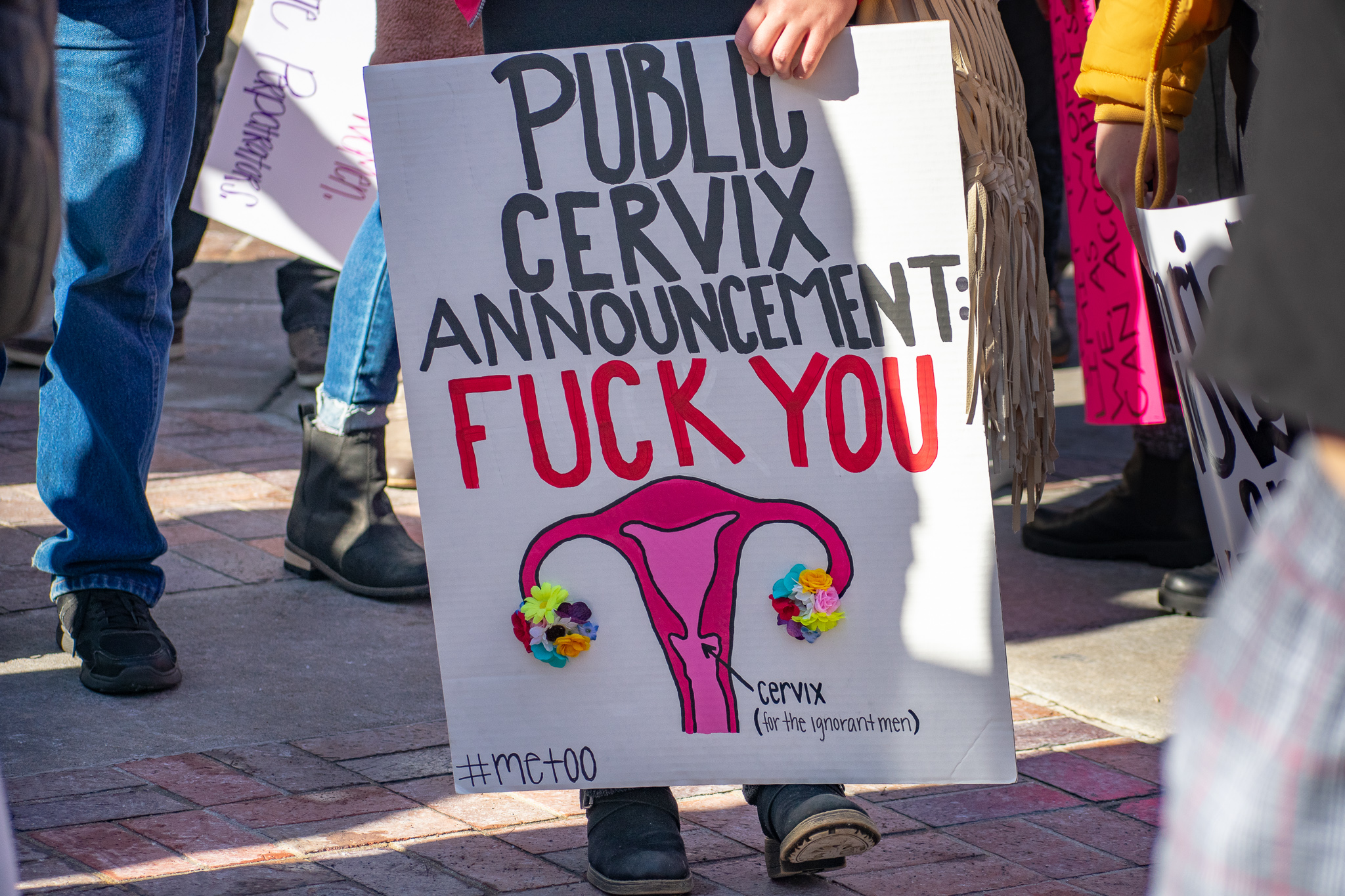 A sign being carried that reads "Public cervix announcement: Fuck you" with a diagram pointing to the cervix underneath. Jan. 19, 2019. (Anna Haynes/CU Independent) 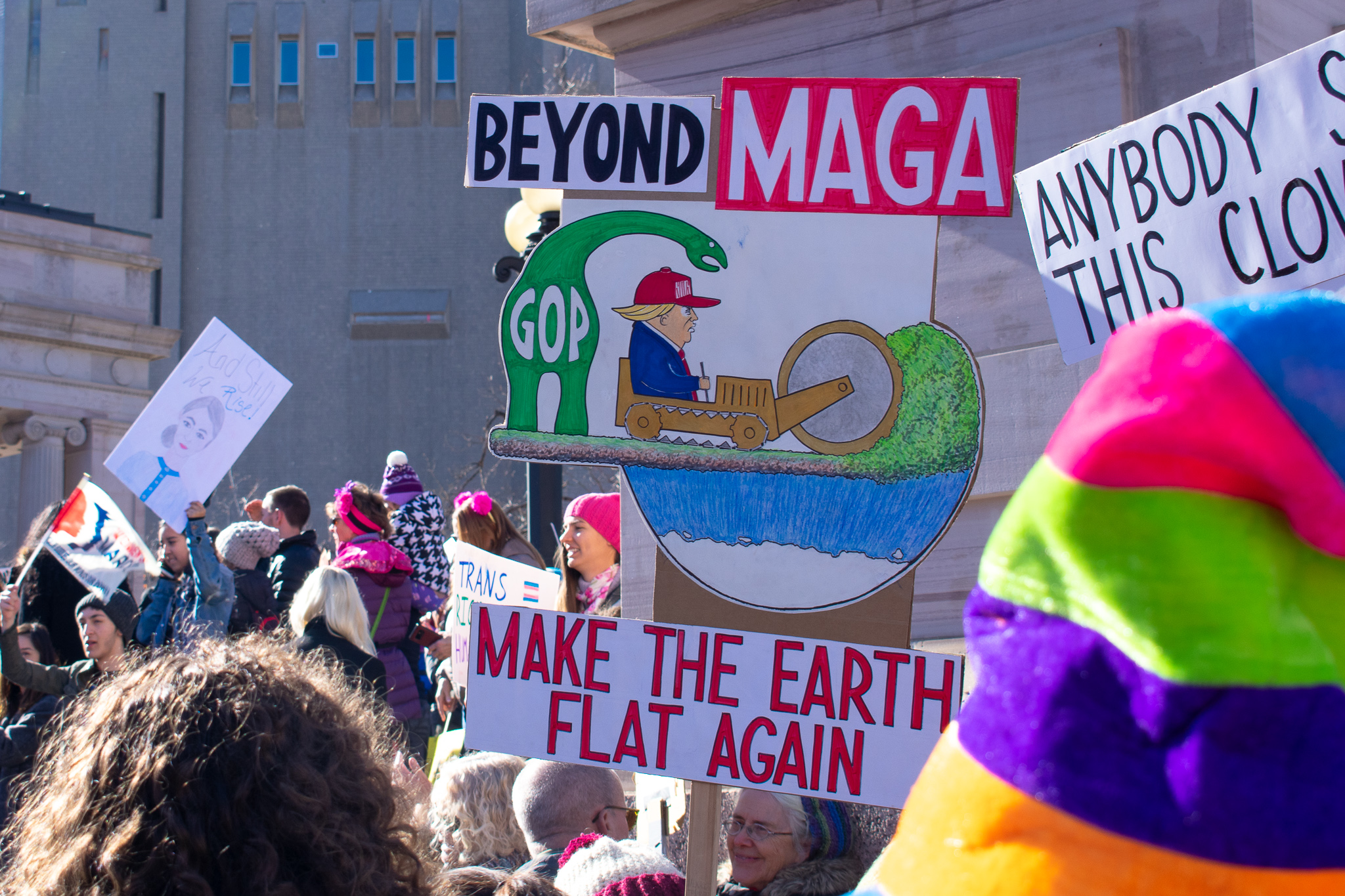 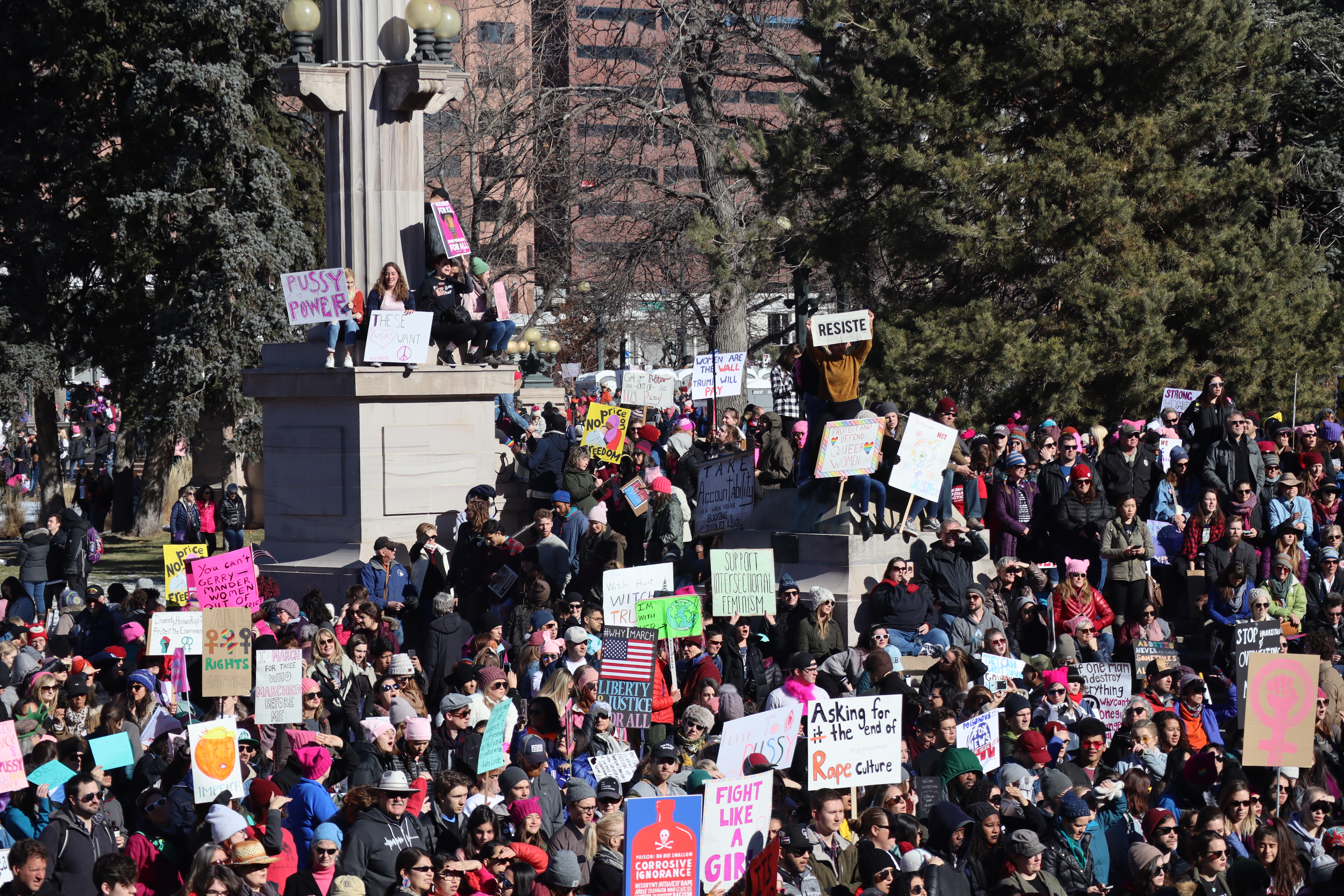 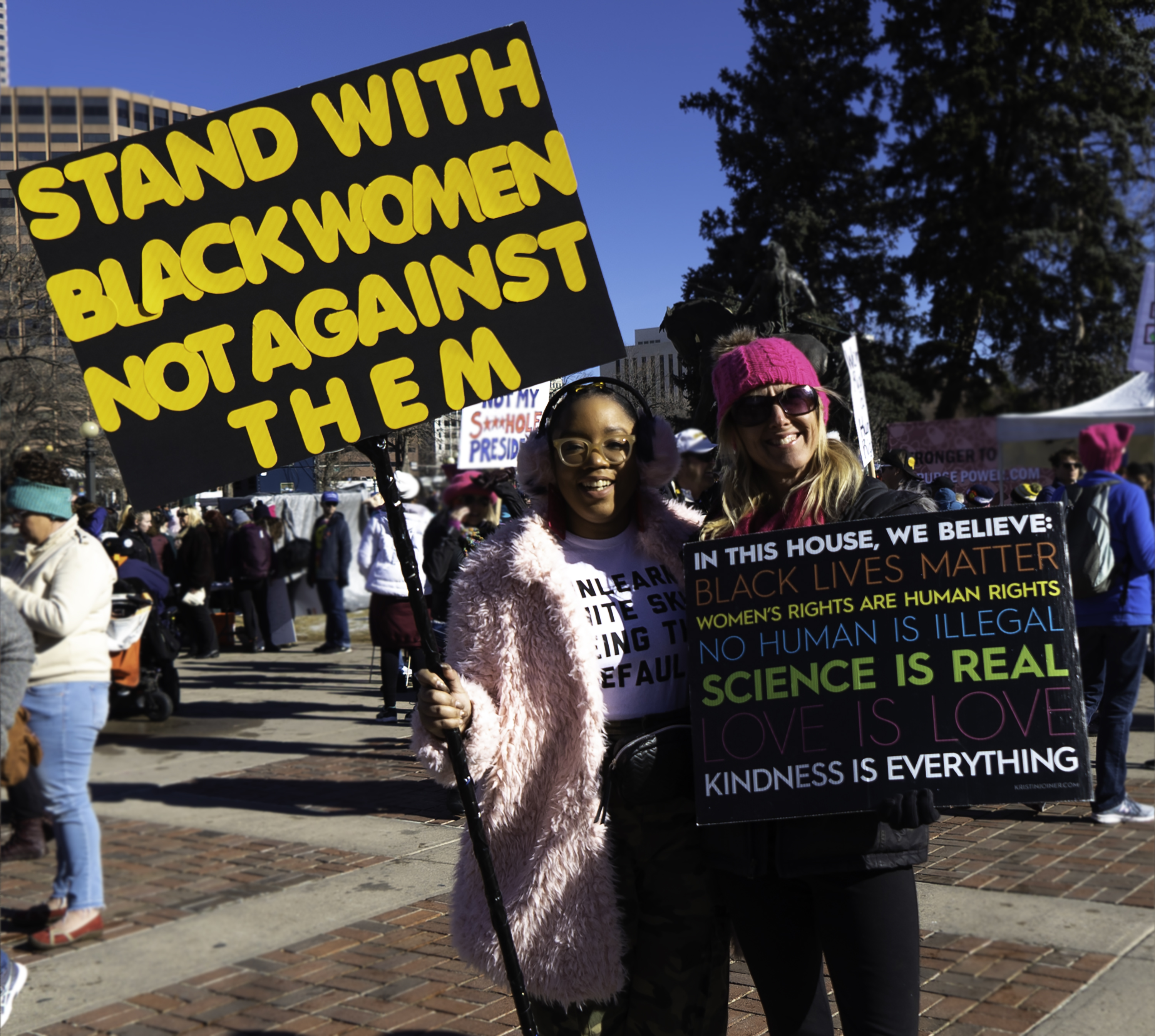 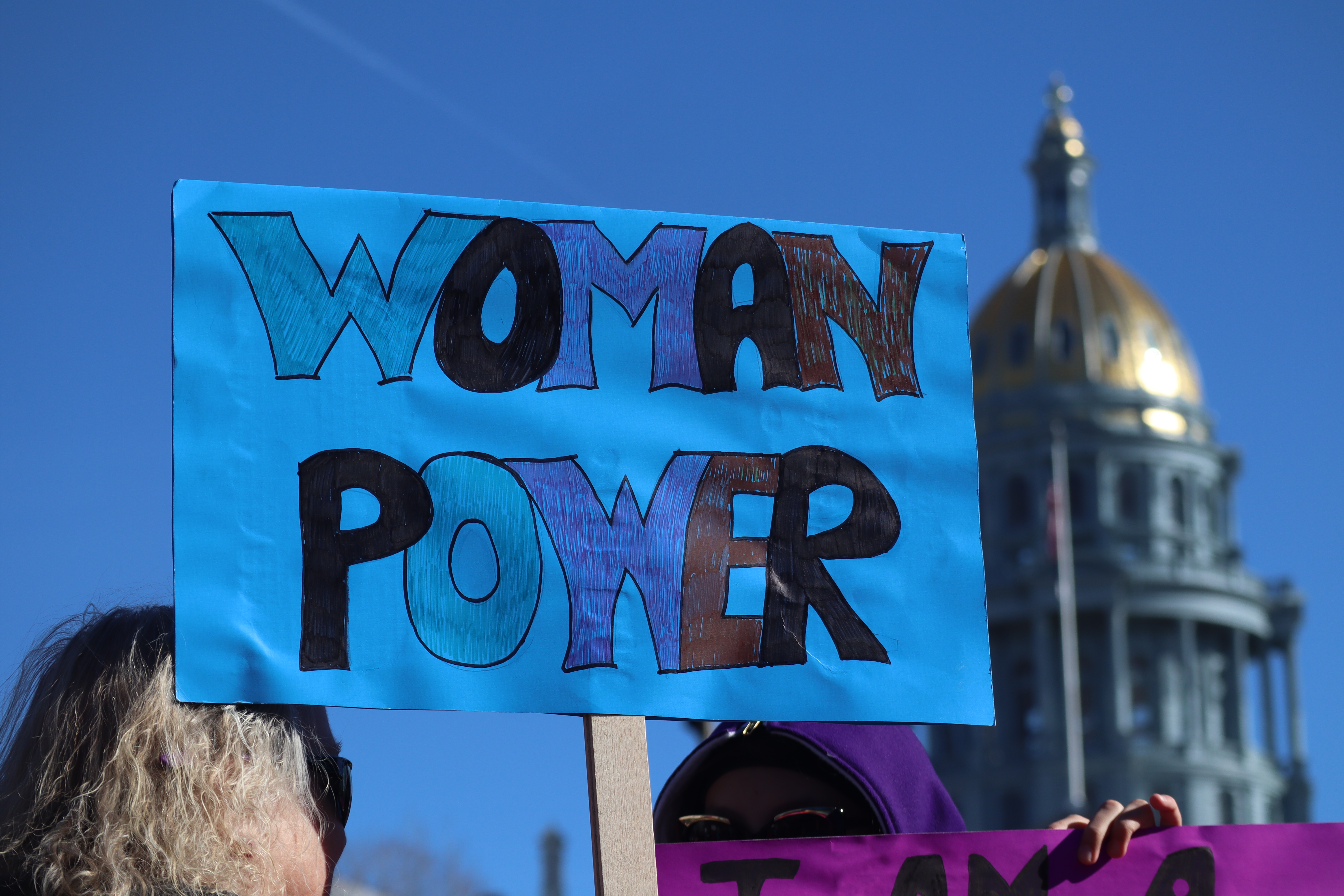 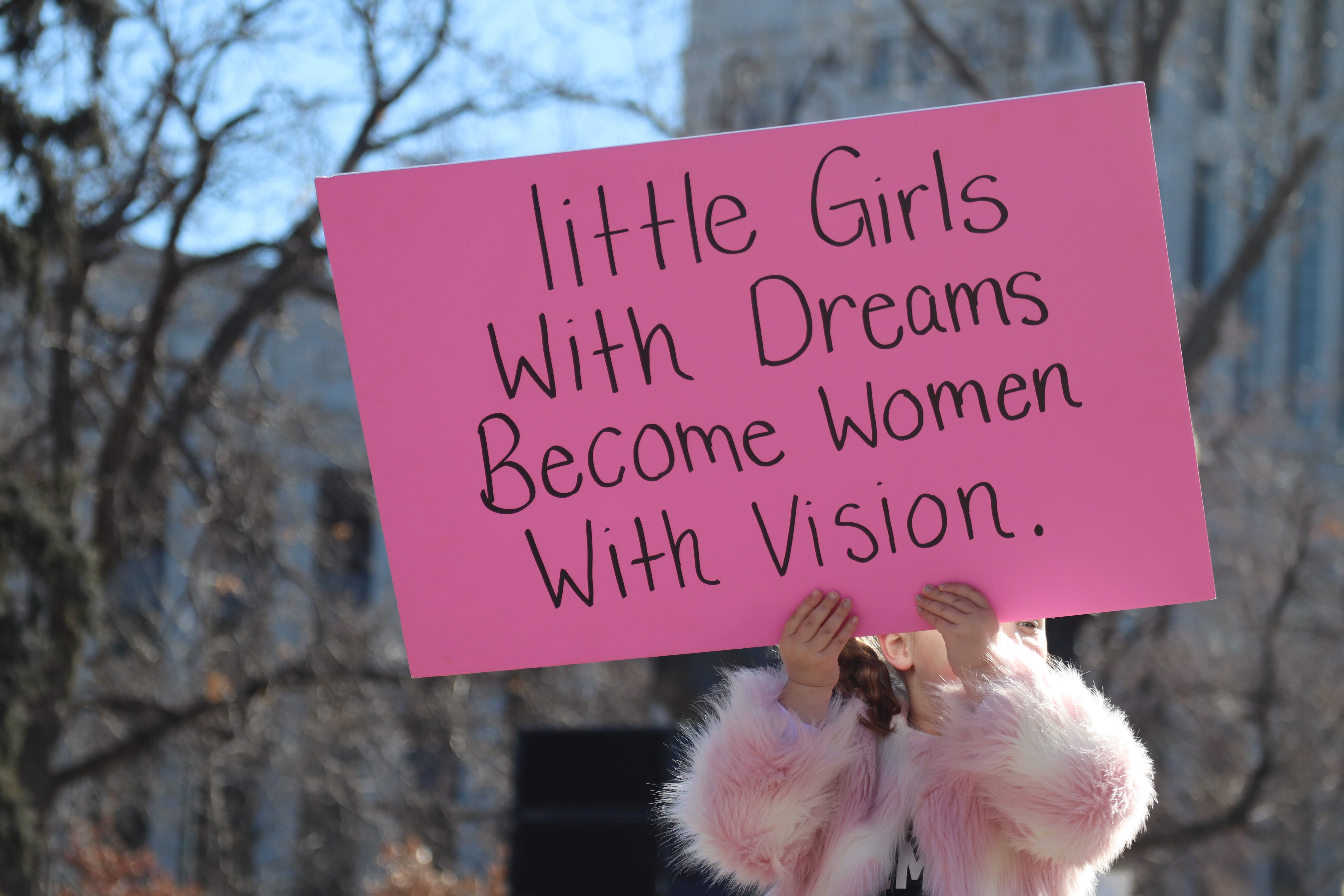 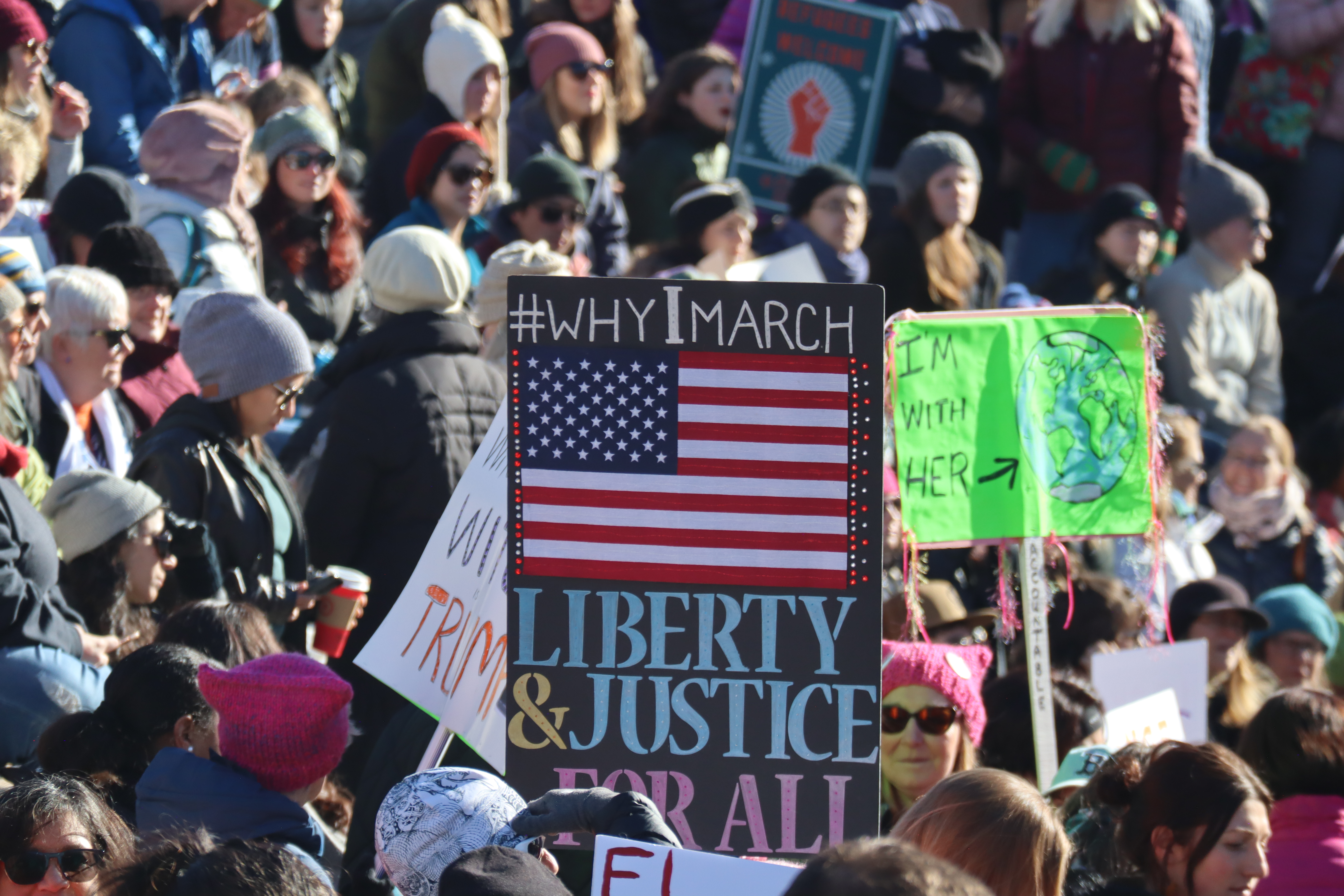