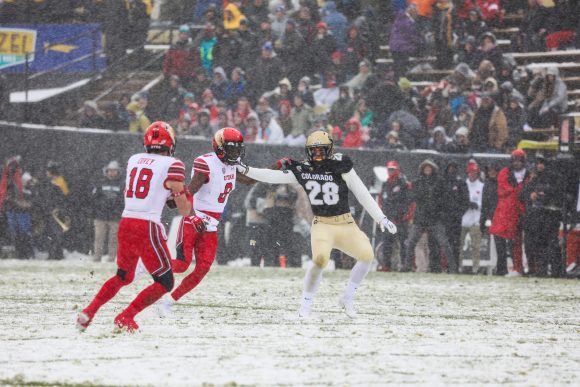 In a press conference earlier this week, head coach Mike MacIntyre proudly showed off a framed photo of a buffalo trudging through a snowstorm as a metaphor for the state of his team. After Saturday’s loss against Utah, it seems the Buffs have only found themselves deeper within the storm.

Ironically, on-field conditions at game-time mirrored pretty closely to what MacIntyre had shown in the picture, with temperatures hovering just below freezing and snow falling at kickoff. The game began with five straight punts, and the teams combined for a measly 28 yards on the first five possessions of the game. With the snow showing no signs of slowing down, the game was shaping up to be a defensive slugfest as both teams traded field position.

Colorado stopped the stalemate when senior tailback Travon McMillian rumbled in from 13 yards out to give the Buffs a 7-0 lead near the close of the first quarter. It was the sixth game in a row in which the Buffs scored the first touchdown, but just as in the last five, that turned out to not really matter.

Things started to unravel when junior quarterback Steven Montez threw an interception on CU’s next possession. On the next play, Utah backup QB Jason Shelley let one fly and completed a 61-yard pass to Jaylen Dixon that would later set up the tying touchdown for Utah.

Going in to halftime tied 7-7, the ever-so-elusive sixth win of the season was still well within reach for this desperate Buffaloes’ squad.

But CU looked anything but desperate in the second half, as they let yet another winnable game slip right through their fingertips.

The MVP of the second half was senior punter Alex Kinney, who frankly could have been the MVP of the entire game for CU. Kinney punted a total of seven times in the game, including on the Buffs’ first three possessions after half time. After each Colorado punt, the Utes drove down the field to score.

All of a sudden it was 24-7 and all of the life had been sucked out of Folsom Field. Fans, coaches and players alike all looked like they knew they were about to drop their sixth straight game.

“We tried to do everything we could to try to jump start us,” said coach Mike MacIntyre post-game. “We just can’t get going offensively. And that kind of wears on you after a while.”

Towards the end of the second half, it became apparent that the Buffs were burnt out on offense. The offensive line couldn’t hold the pocket for more than one second, the run game found no traction whatsoever and the passing game was predictable enough to shut down almost completely.

This offensive ineptitude led to many sacks on Montez, one of which left him hobbling off the field with a leg injury. Freshman Tyler Lytle came in to play quarterback after that, and completed what would stand as the Buffs longest play from scrimmage of the game – a 33-yard pass to senior wide receiver Juwann Winfree.

This showing was certainly not what the team’s 19 seniors envisioned for their senior day.

“I spent the past four and a half years putting my heart and soul out for this team and all the brothers I played with from 2015 up to now,” said senior linebacker Rick Gamboa post-game, fighting back tears. “For me, it’s just knowing that [this is] the last time I’ll play at Folsom [and] I’m never going to put on a Colorado uniform ever again.”

This season has taken an unfortunate turn for the worst, and Coach Mac and Co. have yet to right the ship. Despite MacIntyre insisting that athletic director Rick George keeps telling him to “keep going”, it’s obvious at this point that MacIntyre’s job status is a big question mark. Will he even survive long enough to see the Cal game next week?

Regardless, CU has one more chance to become bowl eligible, in one last “do or die” game.

“We got one more in order to get one more,” said senior wideout Kabion Ento. “So that’s the goal to be honest.”

Barring the game being rescheduled due to wildfires in California, the Buffs are slated to take on the Golden Bears next Saturday. 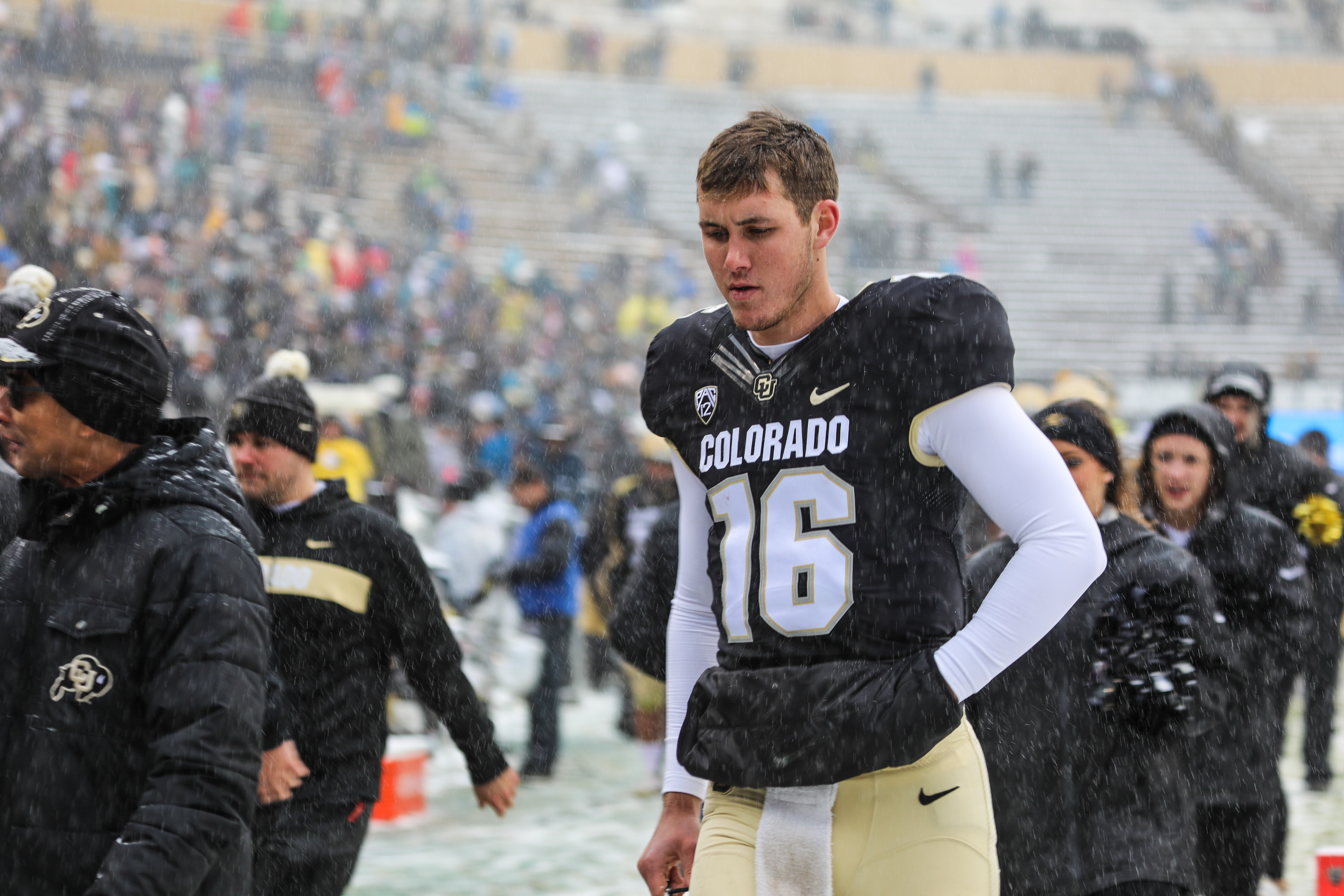 Blake Stenstrom walks off the field with the rest of the team after an upsetting loss. Nov. 17, 2018. (Erin Biafore/ CU Independent) 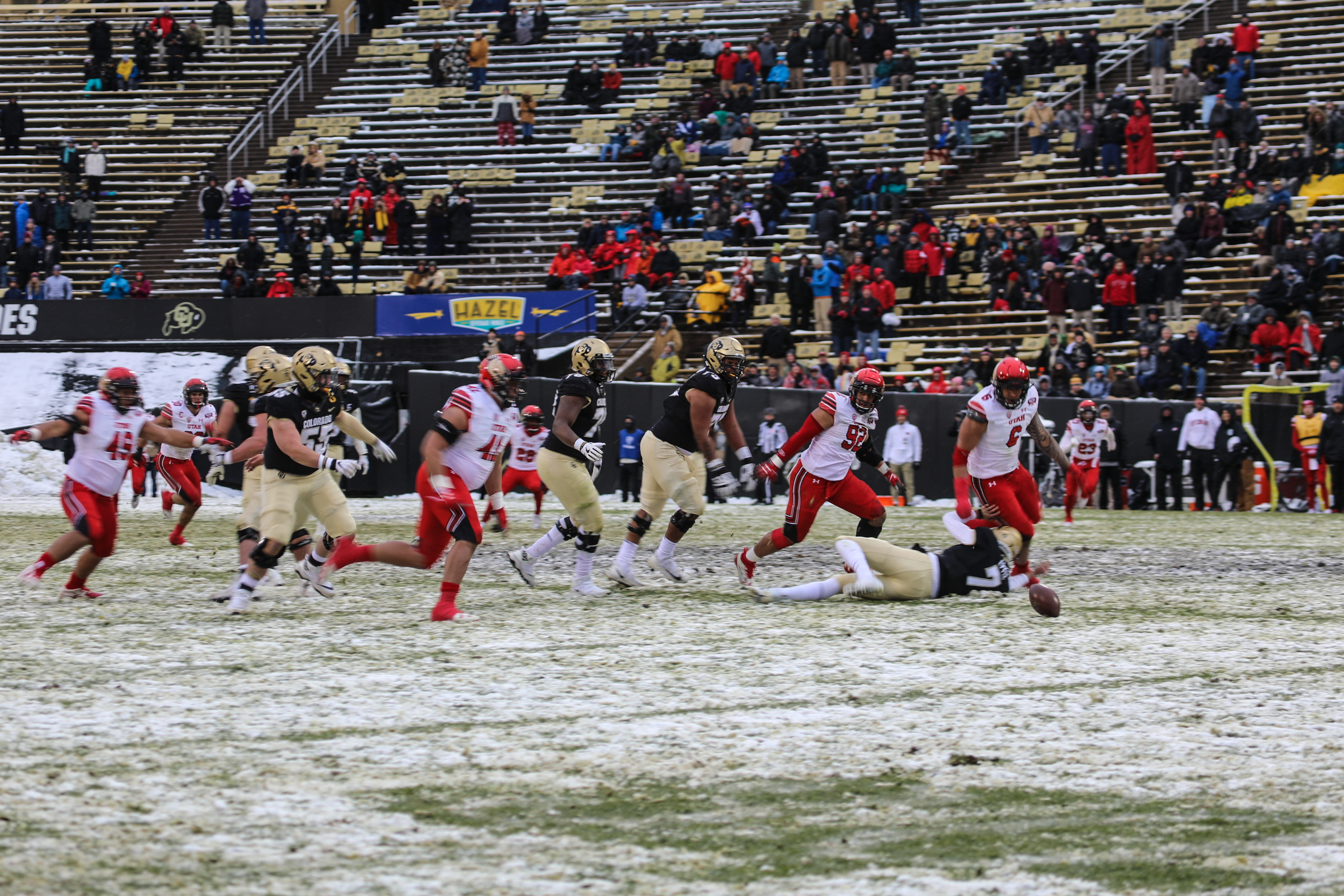 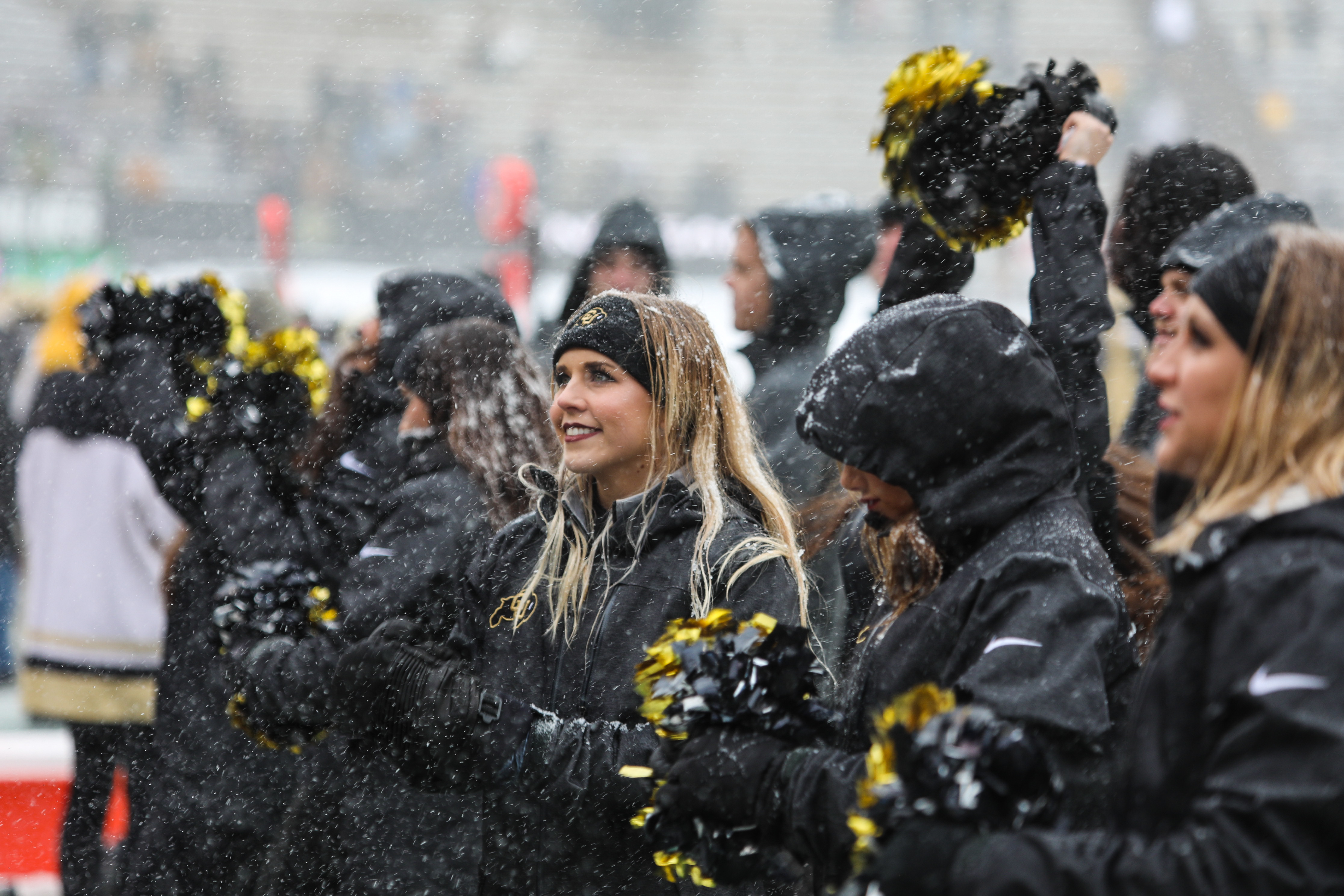 Fans bundled up to support the Buffaloes at the last home game and the 500th game at Folsom Field. Nov. 17, 2018. (Erin Biafore/ CU Independent) 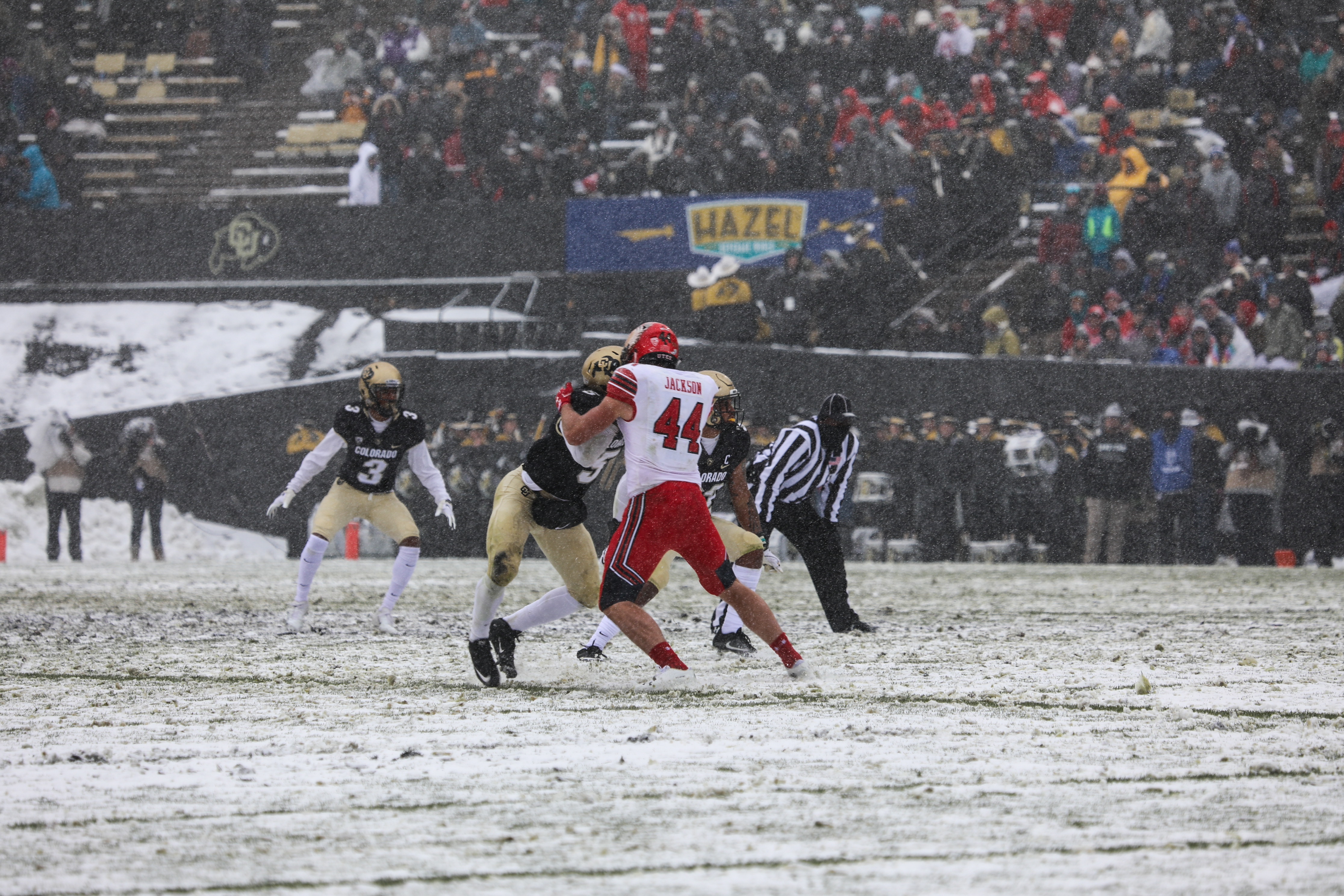 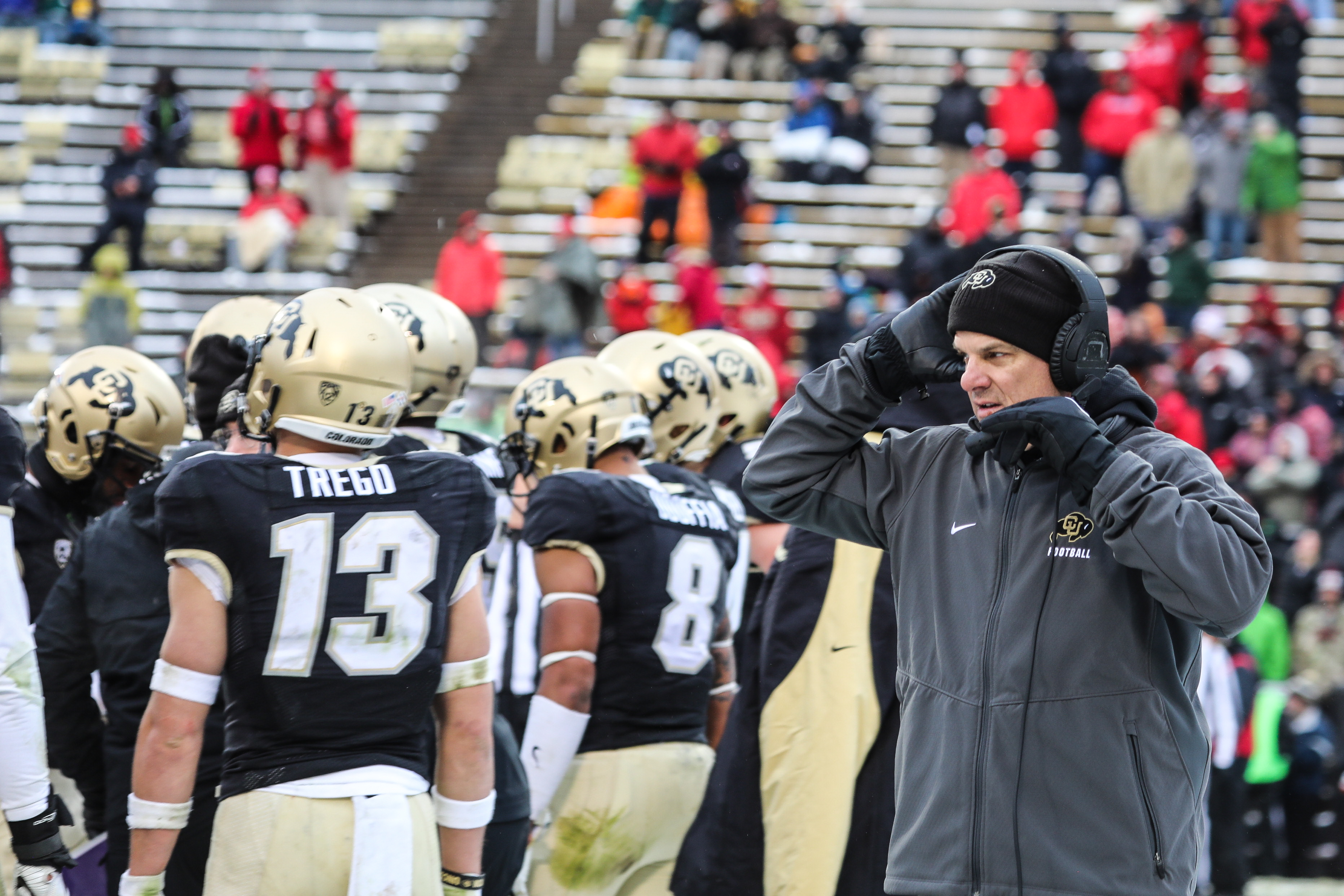 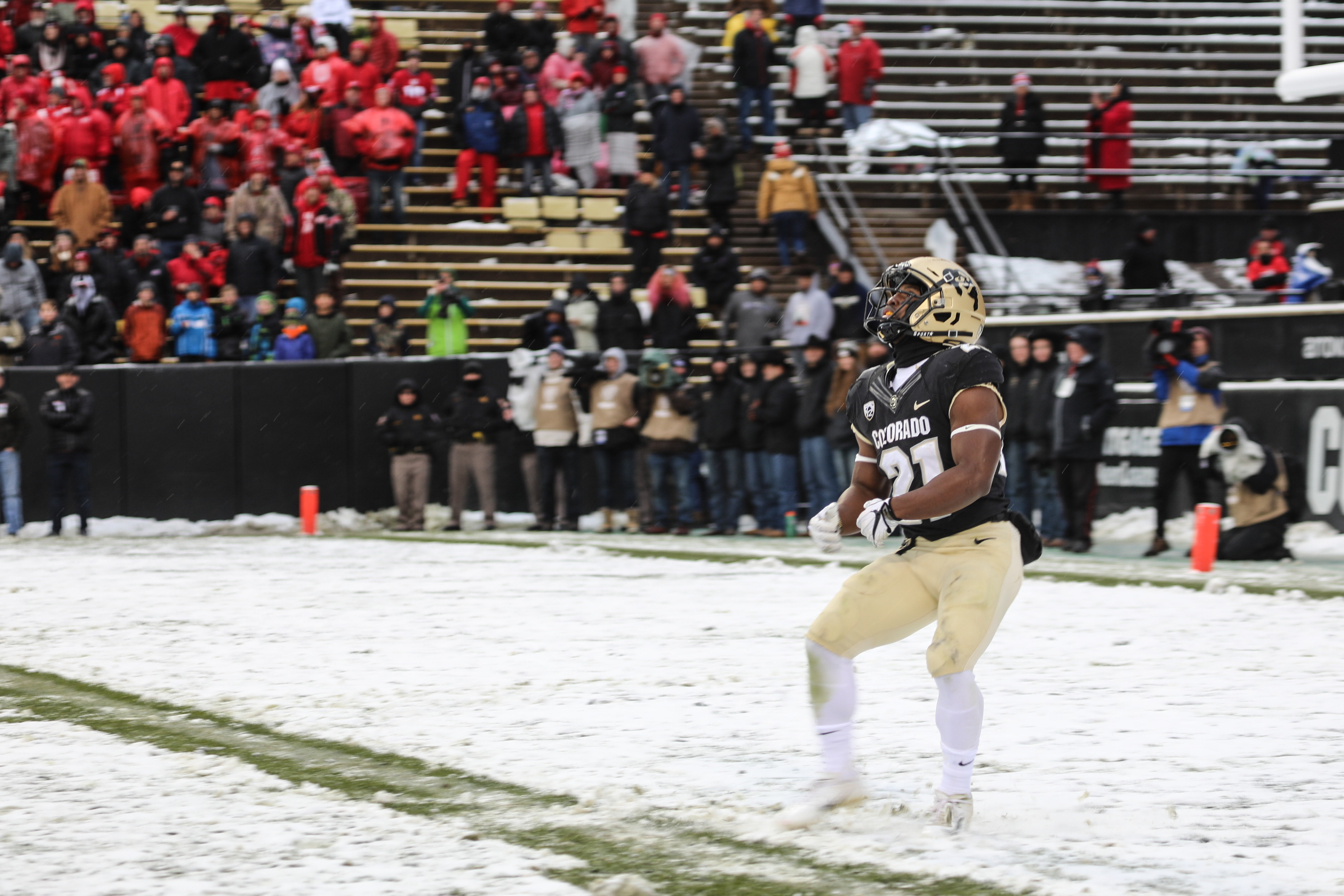 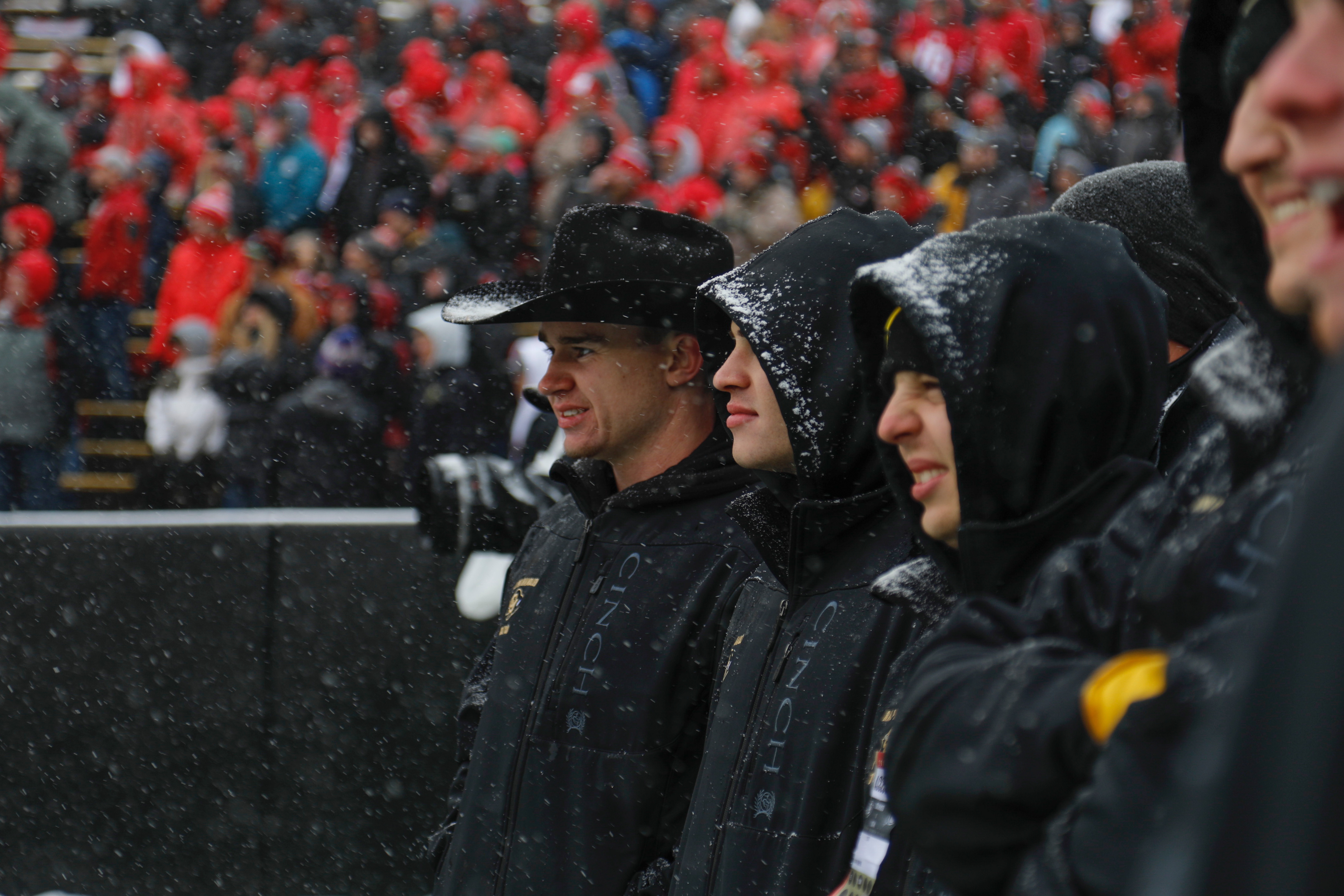 The Ralphie Runners stand to the side to watch the game. Nov. 17, 2018. (Erin Biafore/ CU Independent) 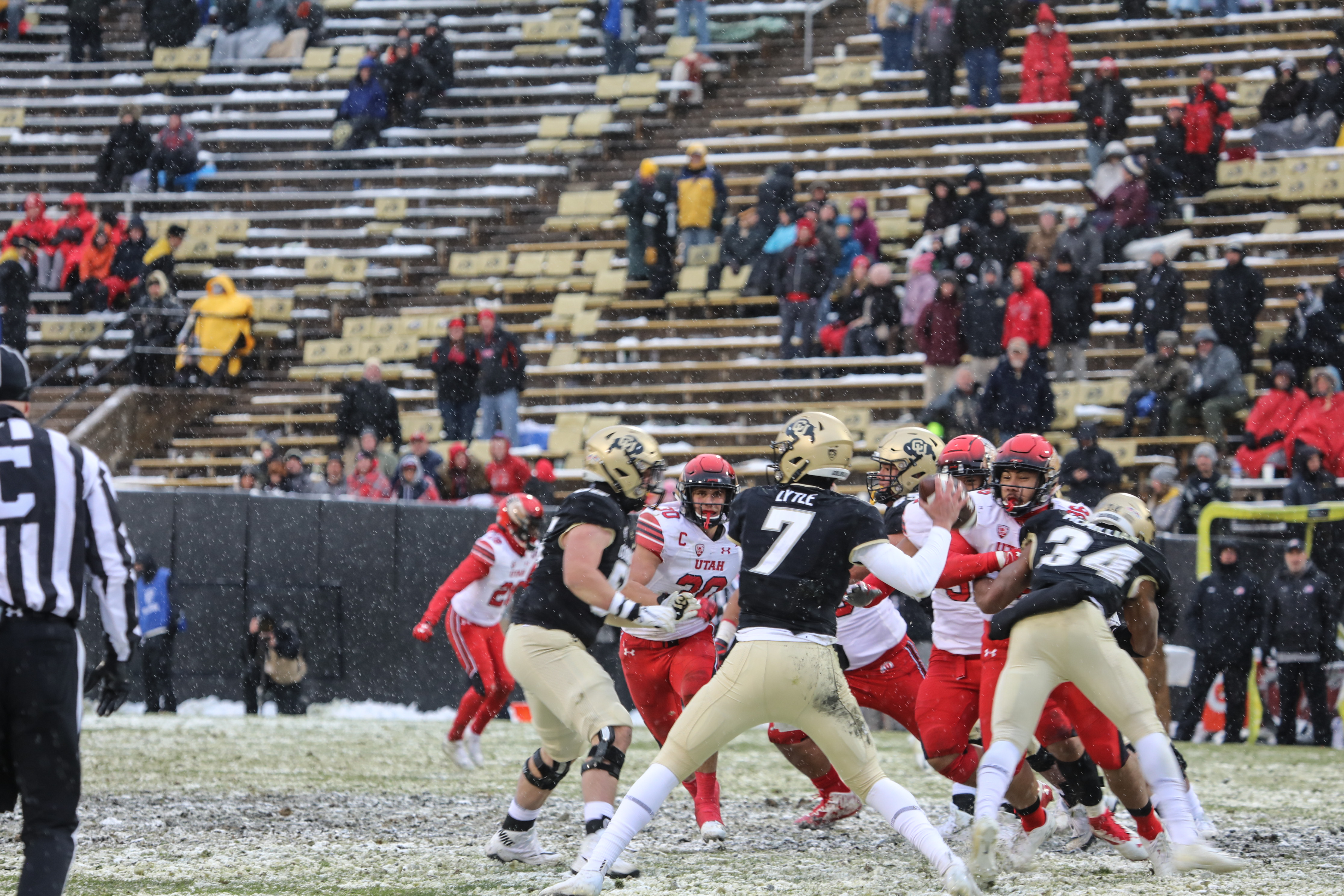 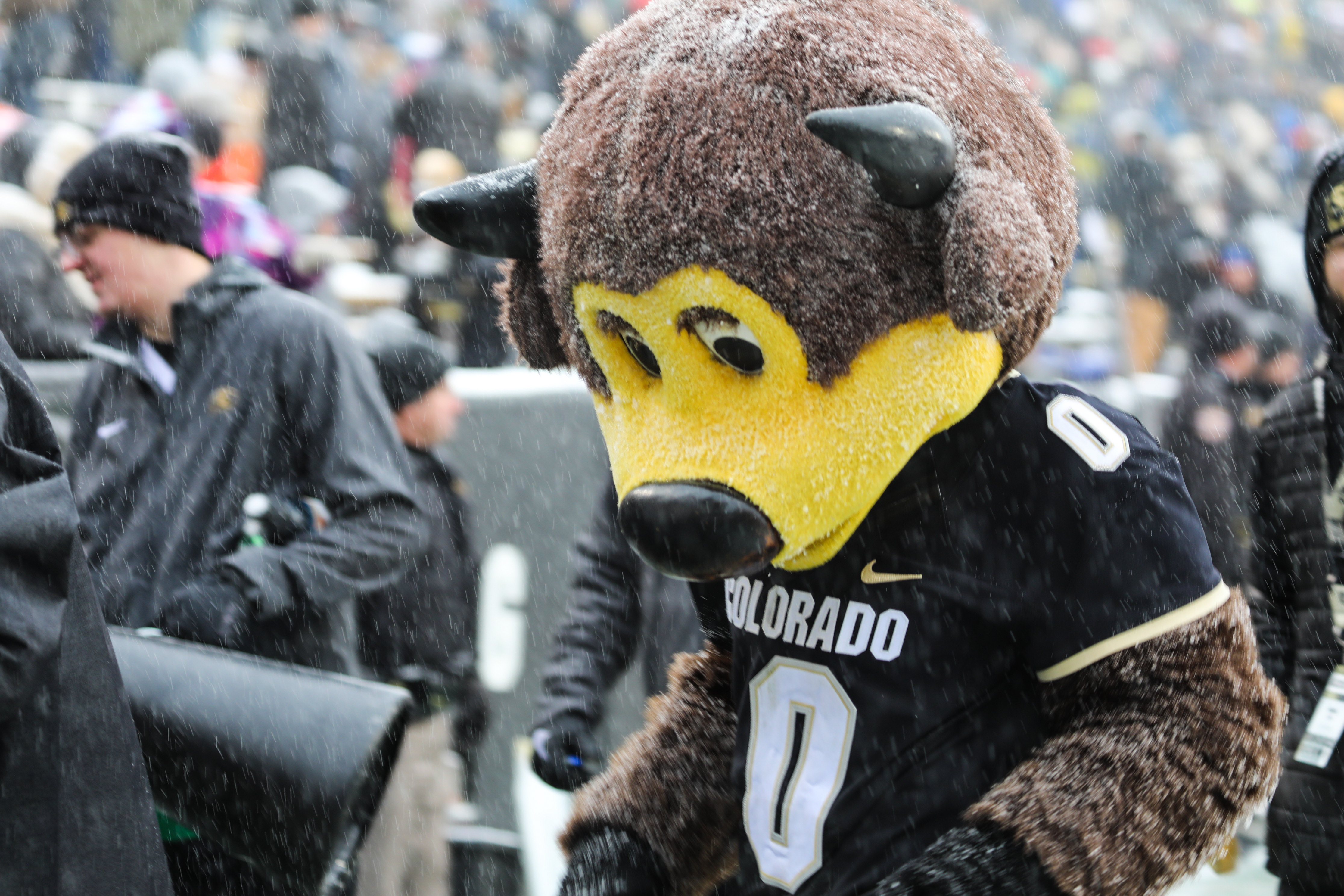