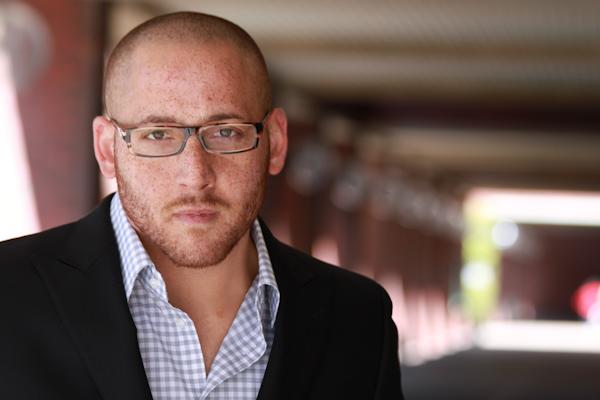 On Monday, Nov. 12, University of Colorado students and the members of the Boulder community gathered in the UMC to listen to suicide survivor Kevin Hines. Hines, who at the age of 19 survived an attempted suicide by jumping from the Golden Gate Bridge in 2000, shared his experience.

As a teenager, Hines was diagnosed with bipolar disorder. He continued to say he was heavily medicated and didn’t self-medicate appropriately. Two years after his diagnosis, he attempted to take his own life. According to Hines, his mental illness prevented him from seeing any alternative method for ending his pain.

He survived to become an author, storyteller, filmmaker, and international suicide prevention and mental health activist.

Hines said he was filled with regret the instant his fingers left the 4-foot guardrail.

“I catapulted myself into free fall,” Hines said. “But the millisecond my hands left that rail, it was an instant regret for my actions and the 100 percent recognition that I had just made the greatest mistake of my life and it was too late.”

According to the San Francisco Chronicle, nearly 1,700 individuals have died by suicide off the Golden Gate Bridge since its opening in 1937. Hines estimates that including all the bodies never found, the death toll is probably upwards of 2,000.

According to the Kevin Hines Story website, Hines is among the less than 1 percent of jumpers who’ve survived the plunge.

Fear and pain caused him to jump, but while in recovery it became clear to Hines how much his life meant to so many people.

In sharing his story and the keys to his recovery, Hines has reached people all over the world and given hope to countless suicidal individuals.

To extend his reach, Hines created the documentary Suicide: The Ripple Effect. The Cultural Events Board screened the film on campus on Nov. 8. Its powerful message brought many audience members to tears.

Within his film and during his speech, Hines stressed that to be human is to empathize, explaining that anyone can help a person who is suicidal. Hines said that whether that person is a loved one or just an acquaintance is not important — all that matters is that someone is willing to listen.

“It’s not about asking for help once when you’re in pain,” Hines said. “It’s about asking for it countless times, over and over again until you find someone who’s willing to empathize with it.”

To conclude his speech, Hines urged anyone in the audience who was considering suicide to talk to him before leaving the building. He promised a hug and a conversation because everyone, he said, is worthy of life and of joy.

“Suicide is never the solution to our problem. It is the problem,” Hines said.

If you or someone you know is struggling with mental illness or suicidal thoughts, please seek help.