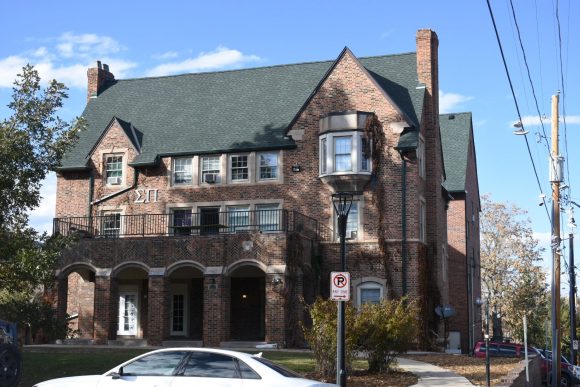 The Sigma Pi fraternity’s national office has ordered the Boulder chapter to shut down. The Boulder Police Department is currently investigating assault allegations that occurred at the fraternity the same night that multiple students reported being drugged at parties on The Hill.

CU’s spokesman, Ryan Huff, told the Denver Post he was unaware that the fraternity had been shut down.

This comes after five students said they were drugged against their will at parties on University Hill. Two women were hospitalized the night of Oct. 18 and three others have since come forward saying that their drinks were drugged. No arrests have been made yet in conjunction with these incidents. All of the drugging victims had visited multiple parties that night, so police cannot confirm if Sigma Pi members are responsible.

The Denver Post reported that they had requested records from Boulder police regarding any calls to the Sigma Pi house over the past year. After a back-and-forth exchange with BPD, they declined to release the records, citing that it would be contrary to the public interest. Boulder PD spokeswoman Shannon Aulabaugh told the Denver Post that Sigma Pi is not currently a suspect.

The chapter of Sigma Pi located in Boulder has not been a member of the Interfraternity Council since 2013, when it was kicked out of the organization for supplying alcohol to new recruits. None of the fraternities in the Interfraternity Council have been associated with the university since the death of Lynn “Gordie” Bailey in 2004, who died from alcohol poisoning during a pledge initiation.

In 2017, CU Boulder launched a new university-recognized fraternity council. As of this publication, three new fraternities were brought to Boulder and are associated in this council.