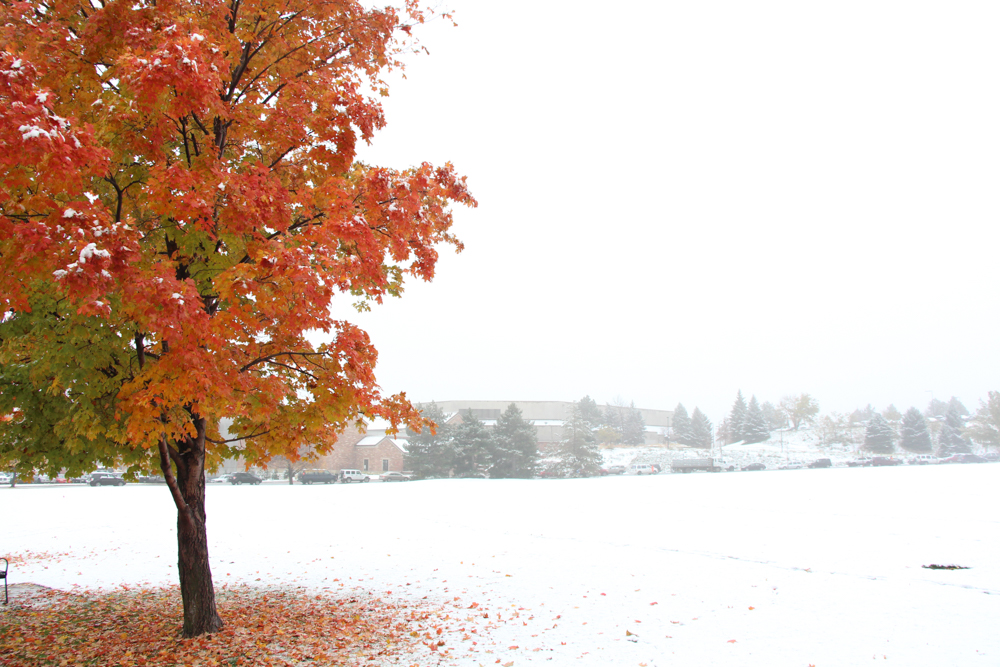 PhD candidate in geography Tasha Snow presented at Fiske Planetarium as part of the “Climate Change in Our Backyard” series on Thursday, Oct. 25. The series of talks, held at various times at Fiske, feature discussions from graduate and postdoc students concerning their own research and how it pertains to climate change.

During the talk, Snow discussed research projects being conducted by Colorado researchers as well as the changes that impact Colorado.

Snow started her presentation by displaying pictures of her escapade to the country of Greenland, where she stayed on an ice sheet with five other researchers. Snow emphasized the dangerous weather she faced and gave visual examples of what it was like to set up camp, to conduct research and to land on the ice sheet for her first time.

“When you think of climate control, what comes to mind?” Snow asked.

Rising water levels, instability and global warming were responses among the audience. However, Snow showed a new perspective on the issue through her findings.

Snow provided the audience with maps showing the temperature difference of the planet compared to the 1850-1900 average. The colors became more red to show the globe itself rising in temperature. To add to this, Snow then began to talk about the greenhouse gas effect. Audience members were surprised to learn about the history of these gases.

Freshman Devon Goodwin said she knew about greenhouse gases and their effect on the planet.

“It’s obvious that it has been increasing over time,” Goodwin said, “but what I didn’t know was the issue had been around for over a hundred and fifty years.”

In addition to global temperature, Snow ensured that the audience knew there are even more effects of climate change.

Snow continued to list ways in which climate change is affecting our world in a multitude of aspects, one of them being crime rate.

Samantha Escalante found this surprising, saying she never would have conflated the two.

“It makes sense though — a lack of food or resources may cause people to have to get it the hard way,” Escalante said.

Snow left the audience with ways to eliminate climate change such as a plant based diet, using electric cars, recycling, taking fewer flights and through voting.

According to Snow, “the politicians that we choose impact how we use carbon and can help to reduce our carbon use as a country as a whole.”