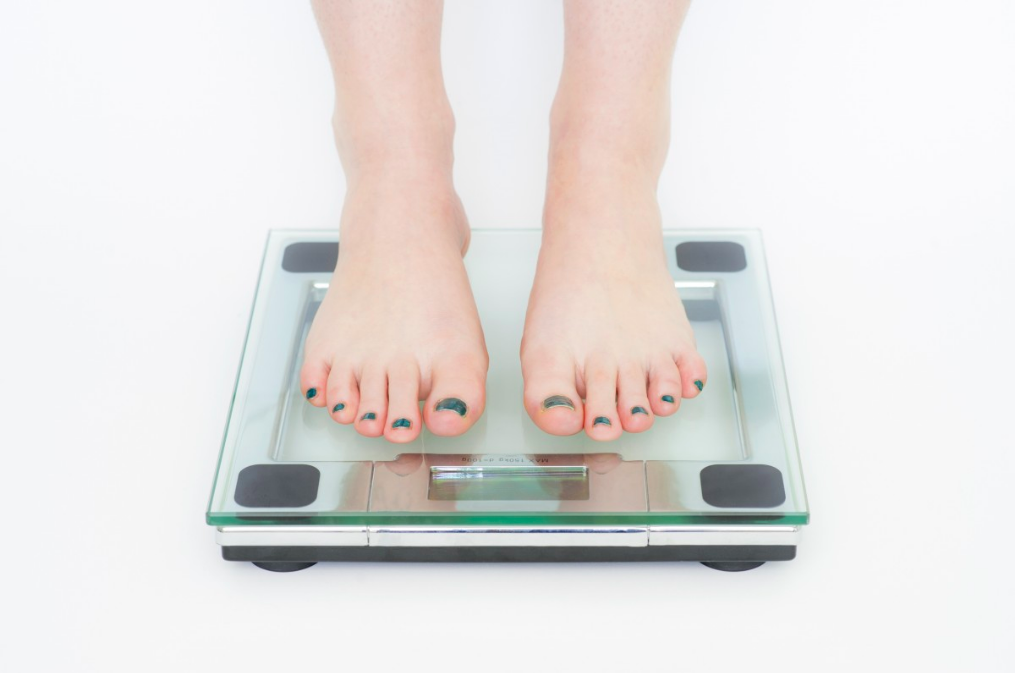 A person stands on a scale. (Pxhere.com)

Last week was “Buffs for Body Positivity” week at CU Boulder, and conversations about obesity are more important now than ever.

Two in five Americans are overweight, including one in five children. Obesity-related diseases like heart disease kill Americans every 38 seconds. Body positivity might be teaching overweight people to love themselves, but only at a tremendous cost to their health and life expectancy.

In part, society’s widespread obesity can be largely attributed to the lack of emphasis on promoting healthier behaviors. This emphasis needs to start at a very early age. As an international student from Japan, I am very familiar with the efforts Japan has made to encourage healthier lifestyles across the population, regardless of economic status.

In Japan, lunch is not merely a break from classes; it is a part of the education. Children learn important values like respect, charity and environmental awareness while growing and eating local vegetables, recycling and cleaning the tables. The meals always follow strict dietary guidelines set by school nutritionists, containing plenty of vegetables, rice and fish. This focus on elementary “food education” in Japan has probably contributed to lower rates of eating disorders among teens and lower rates of obesity across the entire population.

The obesity rate in Japan is 28.4% lower than in the United States. While the United States can certainly improve national investment in education, particularly health education, obesity is also an individual problem. Obesity cannot be wholly attributed to culture and economic status. Doing so absolves obese people from the individual responsibility they have to lead healthier lifestyles. Removing individual agency from the obesity conversation teaches obese people that obesity is an inescapable cultural and economic condition.

That is the major problem with the Body Positivity Movement. It is about changing society’s expectations of obesity, rather than changing the individual behaviors that contribute to obesity.

“What’s the problem with me being fat? It’s not you; it’s my body, my choice.” This seems to be the major argument that encourages unhealthy people to stand up, wear bikinis, and post Instagram pics on their pages captioned “#BodyPositive.”

But this logic is extremely harmful. While it is a problem some feel ashamed to be obese, the more serious concern is that they are obese. While it might be possible to feel sexy at any size, it is impossible to be healthy at any size.

Dr. Raya Muttarak, a professor at the University of East Anglia and fellow at the International Institute for Applied Systems Analysis, published a study concerning the social and health consequences of weight misperception in the peer-reviewed medical journal, “Obesity,” earlier this year.  She found that the “portion of individuals with overweight and obesity misperceiving their weight status” increased markedly over the past 20 years. More seriously, those “underestimating their overweight and obesity status were 85% less likely to try to lose weight compared with people who accurately identified their weight status.”

The Body Positivity Movement is not just spreading love. It is encouraging the medically false notion that anybody can be healthy at any size.

I understand and agree that developing a “positive body image” is important for healthy people, especially those who are insecure about their bodies. But body positivity was never intended to justify unhealthy body weights.

Proponents of body positivity must acknowledge that if putting underweight models on the covers of magazines promotes unhealthy and unattainable body sizes, then it is equally irresponsible to replace them with overweight or obese models. There are serious health risks associated with being either underweight or overweight. Behaviors leading to either one should be equally discouraged.

Ideally, body positivity should celebrate health, not appearance. Obesity might seem like a daunting cultural problem. The good news is that it is reversible, and it’s never too late.

I am a first-year student majoring in Economics and International Affairs. I enjoy listening to Genesis, Oasis and The Red Hot Chili Peppers.