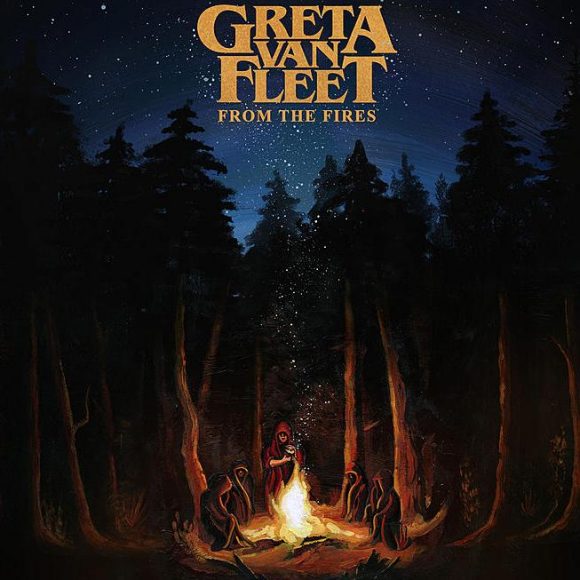 It’s the typical classic rock success story. Skyrocketing from a small town to immediate back-to-back sold-out shows, Greta Van Fleet embodies everything it means to be classic rock. These guys are explosive. Their punchy guitar solos, deafening drum beats and complex bass riffs along with ear piercing vocals create a classic sound for a modern band. Greta Van Fleet is tight and fluid and should be on everyone’s radar.

It is impossible to listen to their music without drawing unmistakable ties to Led Zeppelin. Lead singer Josh Kiszka emulates the unmistakable vocal highs that at one point only Robert Plant was able to hit. Although Kiszka has stated that Led Zeppelin was not his primary influence, elements of Zeppelin are extremely apparent within the band. Twin brother and lead guitarist Jake Kiszka’s technique is directly obtained from Jimmy Page’s “progressive” guitar solos and riffs that intertwine with the verses of their songs.

Greta hit the Denver stage and played to a sold-out audience with force, immediately jumping into an ear-rattling jam that flowed into their staple song, “Highway Tune.” They then played an extraordinary version of “Edge of Darkness,” ending in a well-rehearsed extended jam where Jake Kiszka delivered a face-melting guitar solo, part of which he played with the guitar behind his head. The rest of the evening followed suit.

This band is unique in the sense that they look and act the part. Although cliche, they would have fit in well at Woodstock. At their Denver gig, frontman Josh Kiszka wore tight leather pants and a sleeveless vest without a shirt on underneath. He also wore feather earrings and tossed roses into the crowd before songs. Lead guitarist Jake Kiszka fit the part as well, with his red Gibson SG and Marshall amplification cabinets setting the backdrop behind him.

Greta continued the evening with tracks from their album From the Fires, as well as a few highly anticipated new songs. They also made a point to stay true to the roots of rock and roll with a blues cover of “Evil” by Howlin’ Wolf. This retreat to the basics is what makes Greta the essential rock band. They are able to put their own spin on their covers of classic songs as well as take elements of classic rock and incorporate them in their own original work.

The band then played three more songs, ending with “When the Curtain Falls,” a track that emulates hard rock at its finest. The vocals were sharp, and the drums were bold. Drummer Danny Wagner kept time on the hi-hat and drove in the bass drum just as Zeppelin’s John Bonham did in their track “Good Times Bad Times.” The evening was then brought to a close following a two-song encore that consisted of “Black Smoke Rising” and “Safari Song,” both tracks from the group’s debut album.

The talent among the group is uncanny. Each member of the band is either 19 or 22 years old, which is shocking considering the caliber of musicianship they possess. Their hard work is extremely apparent at their shows and on recordings. However, the band’s talent raises questions as to how it was able to master its sound in such little time and amass such a large following. A common critique is that they sound too similar to Zeppelin.

Greta Van Fleet is the classic rock band that hard rock fans need in an age surrounded with progressive genres. Their fan base directly reflects this with a sporadic range of ages. Many of the attendees at their shows were much older than the band members themselves and could be heard reminiscing about classic rock bands they saw decades before. That age “barrier” was juxtaposed with teens and younger kids who were going to their first rock show. In looking at the full scope of the band’s very short career and where it’s going, the only answer is up. This is a band that will be seen playing arena shows in the near future.