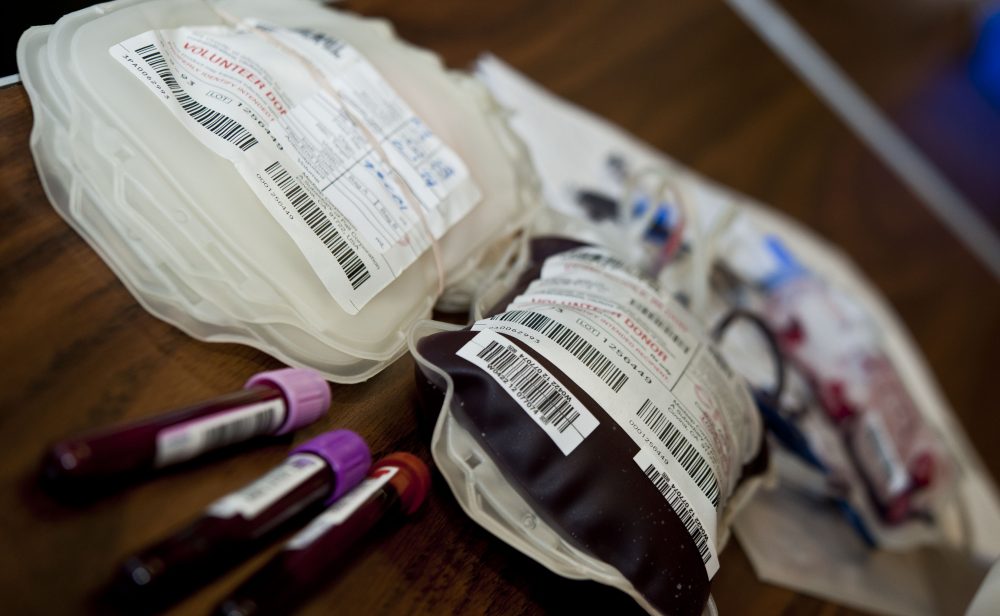 Collected blood waits to be registered and put in proper storage after being withdrawn from an Airman at Outdoor Recreation Center during the 57th Wing Blood Drive Jan. 18, 2013. (U.S. Air Force photo by Senior Airman Daniel Hughes)

Last week, CU hosted a Bonfils blood drive. The school frequently has these drives, supported by campus organizations like the Staff Council and Recreation Services. However, two groups you won’t see as sponsors are the United Government of Graduate Students (UGGS) and the Gender and Sexuality Center.

These groups chose not to sponsor the blood drives due to moral disagreement over the FDA’s regulations on blood donors. In the U.S., the Red Cross and all the organizations it works with, including Bonfils, disqualify men sexually active with other men (MSM) to donate blood for 12 months after sexual contact.

The regulations on MSM donors were put into effect by the FDA in December 2015, replacing lifetime bans on gay and bisexual male donors. The policy was first implemented in the 80s during the AIDS crisis after hemophiliacs began to contract HIV through blood transfusions. However, the policy has been heavily criticized by LGBT advocates, who argue that placing restrictions on entire groups of people is not an effective way to prevent HIV contamination and perpetuates stigma against gay and bisexual men.

Morgan Seamont, the Assistant Director of CU’s Gender and Sexuality Center, described the regulation as “terribly outdated and discriminatory.”

Lesbian intercourse does not render a donor ineligible, but women who have had sex with MSM males are also barred from donating blood for a period of 12 months. Men in monogamous gay relationships still fall under such restrictions.

Bonfils requires donors to self-report their information, including sexual history, by answering roughly 50 questions on a secure iPad device or paper form before they donate. Every unit of donated blood is also tested for diseases, including HIV.

In 2016, the Center for Disease Control and Prevention published that there were 39,782 new cases of HIV in the U.S. Gay and bisexual men, who remain the population most affected by HIV, accounted for 67 percent of those diagnoses.

CU’s Staff Council has worked with Bonfils since 1973 and recently celebrated their 45-year-long partnership on April 11. Over the 45 years, the Staff Council has logged 35,000 donations. With each donation being able to provide for up to three patients, the Staff Council reported their blood drives “have saved or enhanced over 106,000 lives throughout the state of Colorado, as well as areas in need across the country.”

Hillary Steinberg, the executive VP of the UGGS executive board, said that when they reached out to Bonfils about their donation restrictions they were given information that was not based on accurate research.

“When I inquired about this policy, I was frankly given unsatisfactory answers that depended upon unfounded stereotypes about gay men” Steinberg said.

“The FDA has very stringent requirements to ensure the safety of the blood donations”, said Liz Lambert, Bonfils’ marketing and communications specialist, about the restriction.

Steinberg said that UGGS made a decision not to sponsor the blood drives until this policy is reversed.

“It is our task as UGGS to represent and advocate for all graduate students, regardless of their sexual practices,” Steinberg said.

While they do not sponsor these blood drives, UGGS still encourages and advertises them with the belief that blood donations are vital and worthwhile.

The next blood drive on campus is scheduled for April 26 from 10 a.m. to 3:30 p.m. A Bonfils donation bus will be parked outside Folsom Stadium.