CWA: ‘Dialogue Between the Real and the Surreal’ questions reality 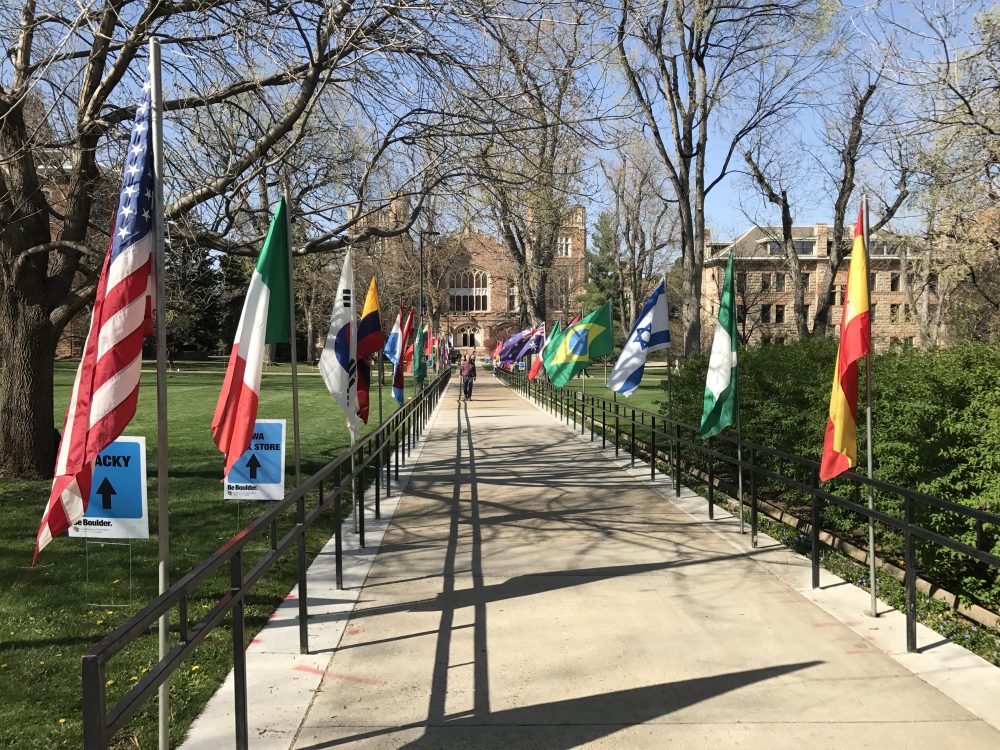 The Conference on World Affairs took place on the University of Colorado Boulder campus this past week.  There were many outstanding speakers and events throughout the week but one of the most intriguing presentations was a panel talking about the “Dialogue Between the Real and the Surreal”.

The panel consisted of four different professionals with different backgrounds. Lena Gutschan — an artist and entrepreneur from Montreal, Canada; Kate Lesta — a community-minded culture and arts organizer and producer from San Francisco, California; Eliot Peper — a novelist and strategist from Oakland, California; and Michael Spencer— a Professor of theater and performance design at Central Saint Martins in London.

The panel began with each of the speakers introducing themselves and giving an overall opinion about what they believe the difference is between the real and the surreal.  The panel was then given the opportunity to ask questions to each other. Finally, the audience was allowed to ask questions.  Students were given priority when asking questions followed by the other audience members.

Throughout the panel discussion, there were many different ideas discussed.  Michael Spencer argued that there’s no clear line between the real and the surreal.

“Depending on how you define it I could propose surreality is the new reality.  The new normal condition. If surreality is hard to define reality is even harder to define,” said Spencer.

Eliot Peper talked about how as a writer, he tries to find a balance between things that feel real and things that are not as real.

“There are a few ways to look at surreality, at least from the literary angle,” he said, “if you interrogate yourself and your everyday experience, our day to day experiences are much weirder than we give them credit for.”

It was intriguing to consider how the real and surreal can be interpreted in everyday lives as people constantly go between them.  An example of this could be the act of falling into a daydream — then snapping out of it and back into reality. There are so many surreal moments that happen throughout the day that they often aren’t considered as such.  These moments are often misinterpreted or brushed aside as reality.

Lena Gutschan talked about how traveling to a foreign country or a new place always feels surreal at that moment.  The surreal quality only lasts when we first encounter it.  If someone went to a foreign country and then ended up spending three months there, it’s not surreal anymore. If someone finds themselves somewhere for long enough, it can become reality.

Lena also touched on how her job is real to her in many ways while prepping for the circus, but when it is said and done, it creates a surreal space.

“There are all of these real risks and real work that goes into creating a surreal world for the audience,” she said.

We can also interpret surreal moments in different ways.  Kate Lesta talked about how she puts on events and performances for many different people.

“I mostly do event production and festival management.  One of the real reasons I do that type of work is to create spaces where people can step out of their everyday reality and find that space in between.”

Often, the audience members attending these performances are having a surreal moment. But for Kate, the experience is real because her job is to organize and put on this event.

The “Dialogue Between the Real and the Surreal” is a difficult conversation to digest.  Real and surreal moments happen constantly and often without warning or recognition.  This panel allowed attendees to see how everyday actions are constantly made up of these moments that are ever-changing, creating a relevant and personally involving experience.

More focus on mental health, self care at Conference...