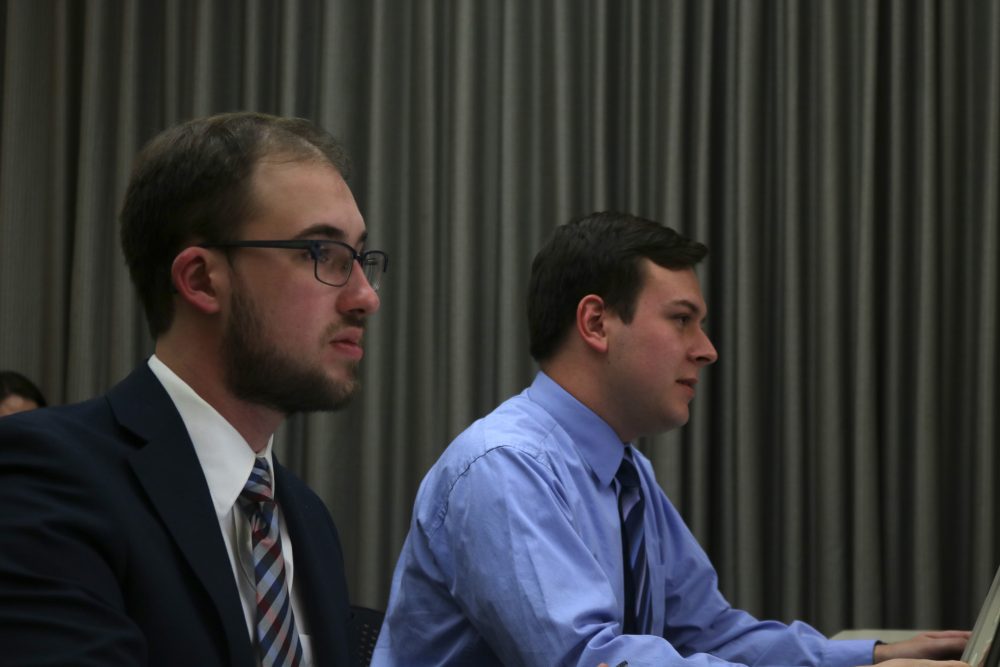 Students will have the option to change the CU Student Government Constitution for the first time in six years during next week’s elections.

The changes students can vote on concern updates to CUSG’s anti-discrimination policy that would follow those under state guidelines for “protected classes”. This includes political philosophy, pregnancy, and gender identity and expression.

“Especially with a student union as large as ours, I think it’s important that we’re consistent with what the state is asking,” said Gabriel Elbert, author of the bill and senator from the College of Engineering and Applied Sciences.

Another aspect of this year’s amendment would change the threshold for passing constitutional amendments. The current threshold to pass an amendment is 15 percent of students participating, with two-thirds of that — at least 10 percent of the student body —voting in favor. Voter turnout in spring elections has decreased almost every year since the spring 2011 elections, last spring only reaching a little over 10 percent.

Initially, the amendment proposed a reduction to 5 percent of eligible voters participating. After discussion within Legislative Council, with strong dissent from the Graduate School co-senators, they compromised at 10 percent.

“Our concern was that a motivated minority would be able to make fundamental changes to CUSG,” said Graeme Pente, Graduate School co-senator and Legislative Council grammarian.

A similar amendment was on the spring 2017 ballot, receiving more “yes” votes than any of the candidates, according to Elbert. However, voter turnout did not reach the necessary 15 percent threshold, so the amendment failed by default.

“15 percent [turnout] has proven to be a semi-difficult number to reach in the past few years, but 5-10 percent happens very frequently,” Troy Fossett, president of internal affairs, said in an email. “This makes deciding who your representatives are much more important, and comes with some definite possibilities for long-term impacts.”

Other changes in the amendment include clarified language for impeachment processes, especially for Finance Board chairs and mandatory recusal for Appellate Court Justices when they have a conflict of interest. Much of the amendment also includes tidying up spelling, grammar and formatting.

A bill proposing changes to the Constitution in the form of an amendment unanimously passed Legislative Council the Thursday before spring break, just barely making it onto the ballot. This timeline was made possible due to a part of the bill that included a clause proposing that amendments can be placed on the ballot as soon as two weeks before an election.

The amendment is two years in the making and builds on last spring’s failed attempt. Elbert started the process following the spring 2016 election controversy, which was a result of discrepancies in both the Election Code and Constitution. He ran during the election on the Ally ticket but lost.

“There were some glaring inconsistencies with our Constitution and the methods with which we operate,” Elbert said. “That, combined with the audit that we had, it seemed prudent to have a better founding document, a better structure.”

For the amendment to have a chance at approval, at least 15 percent of the student body must vote on it next week. If that threshold is met, it will then need two-thirds of that 15 percent, which is just over 3,000 votes, to be approved.

“I’m hoping this will boost civic engagement and get people to truly care about student government, and make it easier for them to do so,” Elbert said.