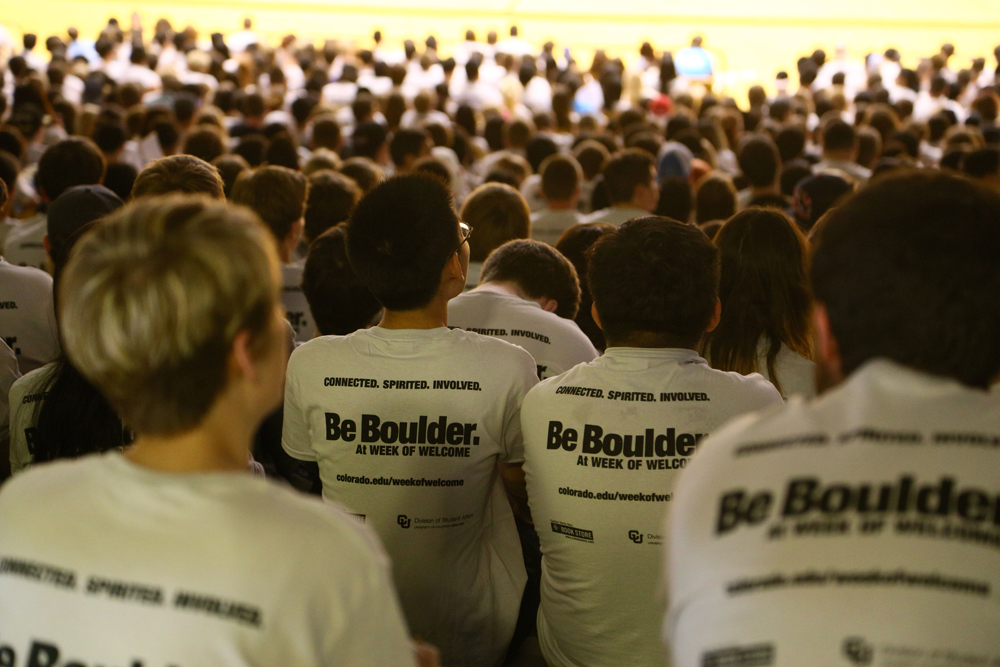 Students sport the freshman class shirts with the University motto “Be Boulder” at the 2014 Chancellor’s Convocation in the Coors Event Center. (Nigel Amstock/CU Independent file)

“You know, it’s been a good five years since I’ve seen a white guy with a rat tail. I think that’s something we could really work on,” he said. “We’ve seen some pushback on this movement from the dreadlock community. While we respect all students here at CU, white students with dreadlocks at CU need to understand they are not the minority and need to make room for other students.”

The department is open to student suggestions. Some themes the administration is hoping to capture in their campaign for prospective students are “turtlenecks, melanin deficiency and out of state residency with a vast family investment plan.”

Currently, the administration is in the middle of its diverse media campaign, including posters of a Caucasian male in salmon-colored shorts and loafers buying a gram of weed for $35 behind 7-11.

“We want to show that coming to Boulder is about more than earning a degree, it’s about a diverse student body, a community where not a single person can pull off a pukka shell necklace,” the head of student affairs said.