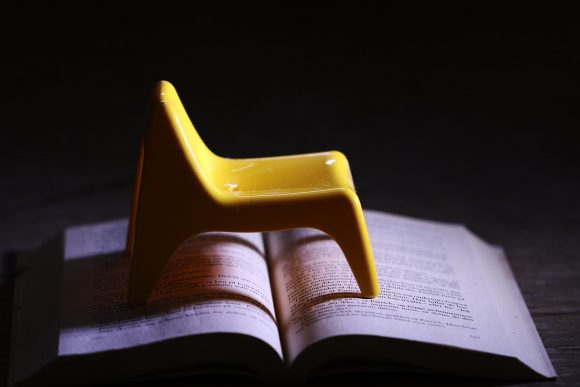 Amidst recent student complaints of an overpopulated campus, CU Administration has generously scrambled enough money to fund the acquisition of one teeny, tiny chair.

“We hear the CU community loud and clear. Eating lunch in the UMC or needing to find a seat in the library has become a source of frustration for students,” said a CU spokesperson. The spokesperson later added that the CU Admin was a little low on funds at the moment to supply additional seating, and shook a small, empty piggy bank over her desk to demonstrate this fact.

A further source confirmed that the Board of Regents is in a bit of a financial bind after spending a whopping five million dollars on a few large bus stickers.

“Yep, I don’t really know what we were thinking there, putting CU ad stickers on the Flatiron Flyers. I guess it’s a part out of love for 90’s rom-coms. They always have ironically timed bus advertisements,” said another CU spokesperson, snickering before gaining his composure.

The Division of Student Affairs released a statement to put undergrads at ease over the misplacement of funds, by citing that ‘stand up desks’ are the new culture of efficient workplaces. “Students should be grateful that we care enough about the alignment of their spines to not give them chairs to work in community spaces.”

Philosophy student Erik Rasmus raised eyebrows when he confessed he had to take out a freshman at the library in order to get a spot to study for his midterm. The act still haunts him and he blames the lack of student accessibility in the library, stating “an additional chair would be great for the Humanities.”

Unfortunately for Erik, the teeny, tiny chair has reportedly been allocated to the Athletic Department basement to gather dust.

“I’m not going to lie, this is a huge blow to students,” said Erik, while sitting on a pile of fourteen students eating lunch in the UMC. A harmonic sigh could be heard below his bony ass. “We’re just going to have to find one teeny, tiny chair from someone else.”