Opinion: Put down the Juul 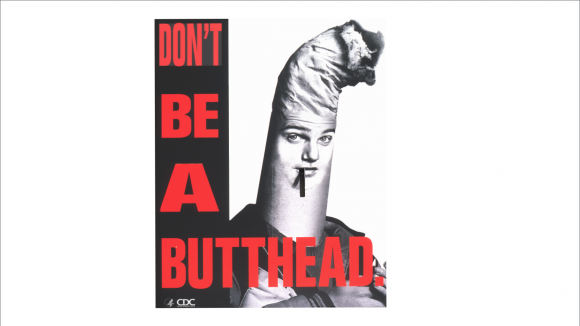 Next time you’re at a party, count the number of people casually hitting their Juul. It might seem like no big deal. Okay, now see how many you can count hitting Juuls in your next lecture hall. The number is far too high.

Juuls are the e-cigarette brand taking campuses by storm. Their presence is so widespread it has started to become normal. Also overlooked are the social and physical effects that using e-cigarettes have on students.

Juuls are so small and compact that they could easily be mistaken for a flash drive. They are an alternative to cigarettes, but they differ by delivering nicotine in the form of vapor rather than smoke. Juuls get their appeal from their adaptability. Users are able to choose what flavor “pod” to smoke. Flavors include mango, mint, fruit, tobacco and crème brûlée. Juuls also come equipped with a handy USB for charging.

Students love Juuls because they are discreet. They don’t look like your typical e-cigarette, even though that’s exactly what they are. Older generations have no idea what they are at first glance.

While Juuls serve as a “less harmful” alternative to cigarettes, their trendiness is causing people who vowed they’d never smoke cigarettes to become addicted to nicotine. Usually, people who smoke cigarettes switch to “vaping,” or using e-cigarettes, like Juul, as a way to quit smoking. The opposite is happening on college campuses. Juul’s slogan is “smoking evolved,” and college kids are being tricked into thinking this “evolution” is the same thing as a healthy upgrade — like choosing salad over fries. In reality, what is exactly a Juul contains remains a mystery.

A Juul flavor pod, on average, contains as much nicotine as a pack of cigarettes. However, most of the college kids puffing their Juul on the way to class never had a nicotine dependency in the first place.

“Juul-ing is better. You still get the nicotine high, but you’re not ingesting all the carcinogens that are in cigarettes,” said first-year CU student Alayna Korona.

Korona said the difference between Juuls and cigarettes is that you must light a cigarette to smoke it and that you buy the juice to put into a Juul.

Despite their contrasting exteriors, both Juuls and cigarettes pipe nicotine into the lungs of the inhaler. The idea that the two are different is a fallacy, socially constructed and upheld by college students to convince themselves that “vaping” isn’t toxic and senseless. The false narrative that “Juuling isn’t bad” has been repeated so much, those who vape are actually starting to believe it.

As it turns out, there are many downfalls to using a Juul. Nicotine users are more likely to have mood disorders, like depression. Depression is already the most common mood disorder in college students. According to the National Institute for Mental Health, this is due to the change in lifestyle students experience when they start school. The new-found independence can quickly transform into loneliness, making students, especially nicotine users, feel isolated. The mood-altering effects of nicotine put smokers and vapers at higher risk for addiction.

The long-term effects of the liquid in Juul pods are still unknown. It is known, though, that the effects that nicotine can have on brain development are extremely damaging. The brain will start to forget how to function properly without nicotine due to the fact that it acts like a neurotoxin. Likewise, people who use e-cigarettes are seven times more likely to start smoking cigarettes than those who don’t, because cigarettes are able to deliver a better hit.

It’s proven that nicotine is especially bad for the young adult brain, yet people continue to purchase Juuls as an attempt to conform to the norms set by their peers. No one expects to become addicted to their Juul. But, likewise, no one ever intended to become addicted to other substances, it’s just something that happens after continuous use. The idea that Juuling is less addictive than smoking is a lapse in deductive reasoning. When vaping first became popular, it was seen as a way for people to transition away from cigarettes. Now, college students have created a culture where vaping is a segue to smoking. Either way, anything containing nicotine is highly addictive, including the beloved Juul.

The typical excuse heard from college students is that they “only smoke when they drink,” which isn’t saying much due to the fact that binge-drinking is an equally, if not more, prevalent issue on college campuses. The “social-smoker” excuse is an age-old way of saying that if everyone around them is doing it, they will too. People who say that they would “never smoke” clearly never foresaw the combination of a Juul and the prevalence of peer pressure. Now, college students love the idea of owning a Juul, even if they are filling their bodies with the same chemicals found in cigarettes.

Next time you find yourself fiending for a hit of your Juul or contemplating hitting your friend’s Juul, ask yourself why. Sure, life is short, but no one wants a life of depression and addiction if they can help it. Do yourself a favor, and put down the Juul.