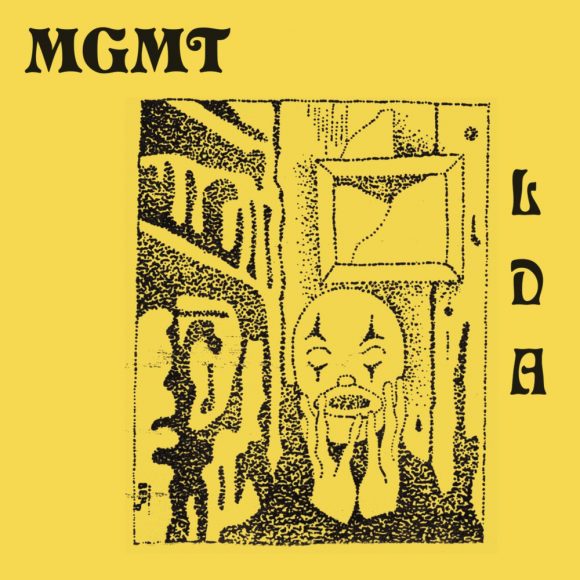 Do you love MGMT for their singles? You know, “Kids” and “Time to Pretend” and “Electric Feel,” those three titans of the late 2000s? Or do you prefer their album “Congratulations,” the band’s commercially disappointing sophomore album hailed by some as a cult classic?Regardless of how you feel about MGMT, it’s undeniable that the band has always been caught in a sort of cultural crossfire. Ever since “Kids” reached anthem status, the band had to be reactionaries, desperately trying to communicate their identity to an audience of people with vastly different opinions about their music. It can be devilishly hard just to keep control of how you’re viewed as an artist — MGMT had to fight for it from the beginning.

Fortunately, the passing of time  provided some much-needed hindsight. It’s obvious that a page has turned for the band. It’s been over a decade since “Oracular Spectacular” and it’s been four years since the group’s last album “MGMT” — a mediocre exploration of murky neo-psychedelia. No one really talks much about MGMT anymore and that has given the group much-needed freedom from expectations.

This new album, “Little Dark Age,” is quite a switch-up. Not only are these ten songs some of the most musically diverse songs the duo has ever written, they are laden with pop hooks that won’t leave your head anytime soon. It is for these two reasons that the album is a success. In relinquishing their tug-of-war with their audience they’ve made their best album yet, a creepy psychedelic hall of mirrors that doubles as an addictive pop extravaganza.

MGMT have always been musical weirdos — songs like “Brian Eno” and “Your Life Is a Lie” pair a wry sense of humor with an unmistakable love for psychedelia. What they have done so brilliantly on this record is combine this eccentric flavor with straightforward pop sensibilities.

You can separate these songs into three groups: the all-out synthpop jams (“Little Dark Age,” “Me and Michael,” “One Thing Left to Try”), the typical psychedelic freakouts (“When You Die,” “Days That Got Away,” “When You’re Small,” “Hand It Over”), and the exciting genre experiments (“She Works Out Too Much,” “TSLAMP,” “James”).

Of the synthpop jams, “Me and Michael” is the best. It pairs musical honesty (the music is efficient ’80s sugary synthpop, the type you’d expect to hear in an old Kmart store) with addictively catchy irony in the lyrics. You’ll be hooked after one listen to Andrew VanWyngarden’s goofy hook. Which takes pop music clichés and spits them out all jumbled up: “Me and Michael / solid as they come / it’s not a question now.” It’s ridiculously stupid, unnervingly catchy, and kind of beautiful — a song only MGMT could make.

The typical psychedelic tracks are a little more run-of-the-mill, except for the remarkable “When You Die,” my early pick for song of the year. “I’m not that nice / I’m mean, and I’m evil,” VanWyngarden sings over a nervously shuffling guitar pop instrumental, setting the stage for an extraordinarily unpredictable piece of music. This song is nothing less than a gnarly pop masterpiece. It repeatedly violates your expectations until you simply give in to its strange momentum. I feel as if I could write about its subtleties and motifs forever. However, no words could express the raw, mysterious allure that I find in this song. If you only listen to one song off of “Little Dark Age,” pick this one. If you only listen to one song today, pick this one.

“Little Dark Age” has some unforgettable songs like “When You Die” and “Me and Michael,” but it’s also got wonderful musical variety, which can make even the dullest of compositions interesting.

Take “James” — it’s a simple, four-to-the-floor tribute to band member James Richardson. In MGMT’s hands, though, it’s anything but. Within seconds of turning on the track, you’re blanketed in layers upon layers of moist synths and warm, light percussion. It’s strangely reminiscent of the “chillwave” era of the late 00’s, where popular songs like Washed Out’s “Feel It All Around” were lush, summery, and unsophisticated. On an album from a band known for its love for weirdness across the board, a heartfelt song like “James” is an unexpected delight.

Other times, MGMT’s enterprising stylistic approach makes an already-good song close to perfect. “TSLAMP” is a song about the dangers of technology addiction, a topic that’s hard to attack without sounding hopelessly out of touch (see Arcade Fire). MGMT avoid this pitfall by using humor, and it’s extremely effective. VanWyngarden’s lyrics are firmly tongue-in-cheek: he’s so addicted to his phone that he brings it with him into the afterlife, his “sullen face all aglow.” The music mirrors the ridiculous weirdness of a late-night Internet binge session. There’s kind of an island-rock vibe to the song and it features a vocoder and a ridiculous flamenco guitar solo.

This sense of humor is juxtaposed with a heartbreaking sincerity. Just listen to VanWyngarden on the chorus: “Nothing can compete / with the first time you saw her.” Later, he hopes to “copy faces from the feed / and try to turn them into something,” as if he’s actually lost the ability to feel emotions that aren’t digitized. And that chorus is musically stunning. The island jam becomes a tragic tune by the end of the song. It’s somewhat symbolic of how isolating the Internet can be at times. We are so inundated with entertaining videos and pictures and content that we yearn for a way to feel something stronger. “TSLAMP” is the shell of that feeling.

MGMT’s “Little Dark Age” has nearly everything you’d want in a good pop album. It’s diverse, goofy, emotionally nuanced, and colorful. It has heavy psychedelic jams and goofy punchlines. The jokes draw you in and give the songs some flavor, and the sometimes-beautiful chord progressions convince you to come back, again and again.

It’s truly stunning that the band that put out a dense album like “MGMT” could return with such a well-measured success. Whether you’re a casual “Kids” fan or a hardcore “Congratulations” zealot, “Little Dark Age” has something for you.

Owen Zoll is a sophomore and a journalism major at CU Boulder. When he's not writing for the Independent, he spends his time DJing at Radio 1190 (where he hosts "Neue Haus" and "The Morning Show"), working for XL Recordings as a college representative, and trying to think of new ways to integrate sandals into an outfit.