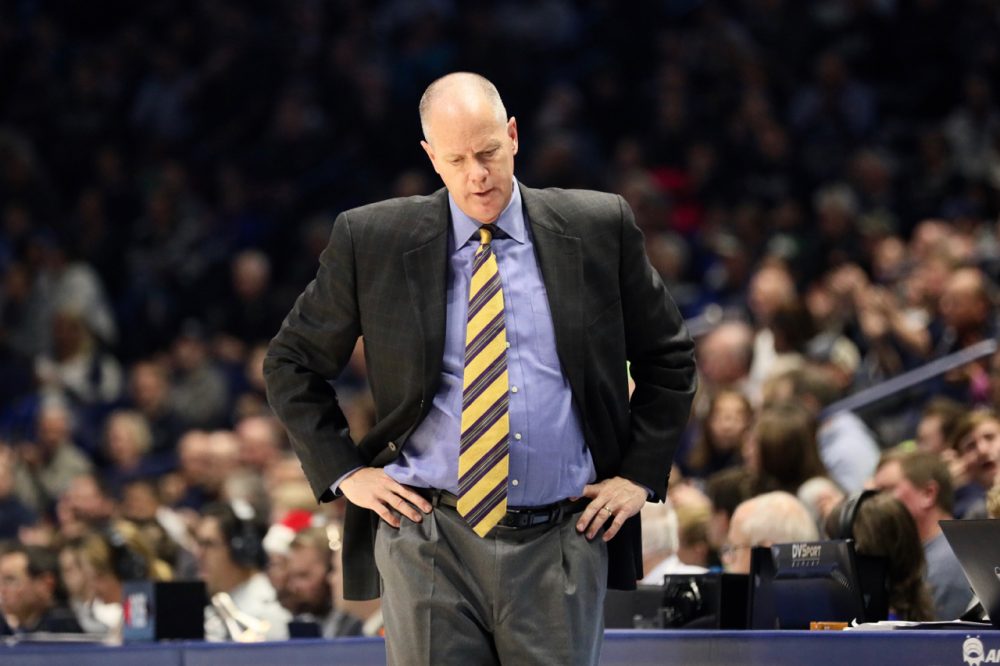 The Colorado Buffaloes started a two game road trip down in Tucson, Ariz. on Thursday, taking on the No. 11 Arizona Wildcats.

Despite a close contest, the Buffs were defeated by a final score of 80-71.

Colorado got off to a hot start at the McKale Center with a 14-4 run in the first eight minutes. Senior guard George King led the way during that time span with five points.

The Wildcats then responded with an 18-8 run to tie up the game with three minutes left to play in the first half.

King led the way for the Buffaloes in the half with eight points on 3-of-6 shooting while making 2-of-3 from beyond the arc. The senior from Fayetteville, N.C. also led Colorado in the first half in the rebounding department with five.

For the Wildcats, Freshman forward Deandre Ayton scored eight points on 1-of-3 shooting whilst going 6-for-6 from the charity stripe.

Arizona kept a steady lead throughout the first 11 minutes of the second half until Colorado made a 9-0 surge in the span of a minute.

The Buffaloes kept the game in striking distance up to the three-minute mark. With just 2:50 to play, the Buffs trailed just 69-66 after a layup from freshman forward Tyler Bey.

That shot would prove vital in Arizona escaping an upset and being beaten by Colorado twice in the same season.

In the final three minutes of play, the Buffs managed just three points, while the Wildcats added nine to their total, giving them some critical wiggle room en route to victory.

Junior guard Namon Wright was quiet for the second game in a row. After being held scoreless by Washington last week, the Missouri transfer scored just four points in his 10 minutes on the court.

King’s road form continues to thrive as he led Colorado in scoring for the entire game with 22 points on 9-of-12 shooting from the floor and 4-of-5 from three-point range.

Bey continues to impress coming off a solid performance against Washington. He led Colorado in rebounding with seven and had 11 points, shooting 5-of-9 from the field.

For Arizona, Junior guard Alonzo Trier led the way with the game-high 23 points on 8-of-13 shooting as the Wildcats remain atop the Pac-12 standings with their lone conference loss coming from Colorado’s upset victory in Boulder earlier this January.

The Buffaloes will continue their Arizona road trip as they face the No. 21 Arizona State Sun Devils Saturday. Game time will be at 7 p.m. MST and aired on ESPN.