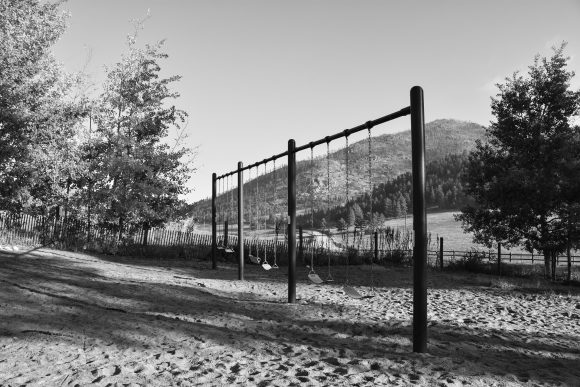 As if out of a history book, teachers at rural schools like Stove Prairie Elementary must clear the school yard of animals like deer, bears, and mountain lions before releasing kids to recess. (Fiona Matson/CU Independent)

The paved road ends too soon. The large homes along Sunshine Canyon road disappear turning to the century-old buildings of Gold Hill as Longs Peak comes into sight. The 144-year-old schoolhouse lies at the end of the road in the not-quite-forgotten town just beyond Boulder. During the time of westward expansion, mining towns sprung up in the Rockies and Foothills. Built to educate mining families, one-room schoolhouses were once abundant. One by one throughout the state, these schools were consolidated within the districts. Now, many of the schools stand as remnants of history, preserved as historic sites and tourist attractions. A small few, however, still serve their original purpose. 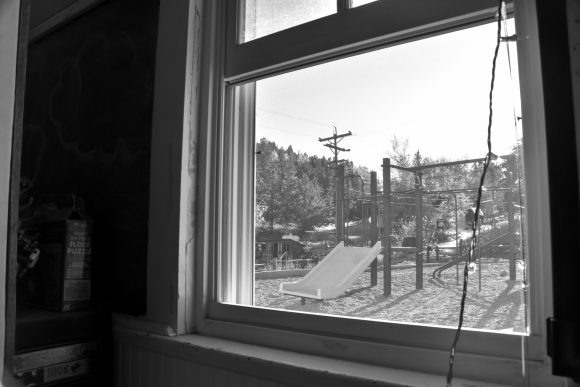 I spent several months finding these schools, visiting them, photographing them and embedding myself within the communities they serve. After weeks of researching schools in every county, I located four in the greater Boulder-Denver area: Gold Hill, Jamestown, Stove Prairie and Highlands Micro School, that were still functioning. Coming from a larger suburban schooling system in California, I was enamored with the rich historical past of Colorado and the unique small schools hidden in the mountains.

Classrooms in these old schoolhouses look like any other school at first glance. Stocked with all the modern amenities of a city school, these mountain schools house teachers and students with the added charm of rustic living. At Stove Prairie Elementary in Larimer County, computers fill the spacious and welcoming library but students still have to wait for teachers to clear the schoolyard of any bears or other larger mountain animals before going out to play. 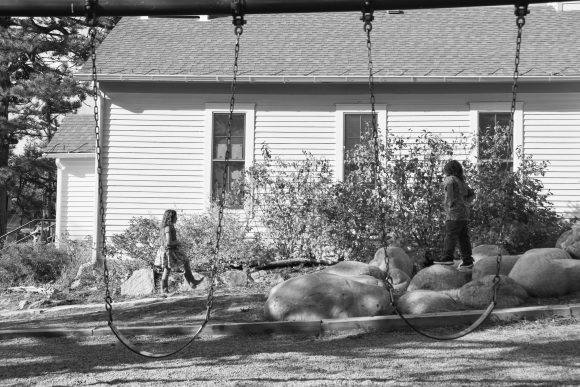 At Gold Hill, students sit within a handmade, traditional teepee as they learn about the history of indigenous peoples in America. This type of hands-on learning drives the strong community support for these schools. Most of the charismatic teachers at Gold Hill were once students of the school. After earning their degrees, they return to Gold Hill to follow in the footsteps of their parents before them and their parents before them.

The residents of the surrounding towns are willing to share the history of the area they’ve painstakingly preserved. They offered invitations into their homes, their schools and their lives. One day after photographing the schools, I joined them on a hike past the abandoned mines to watch foxes run through the hills, as the setting sun dusted the Rockies with shades of pink and red. 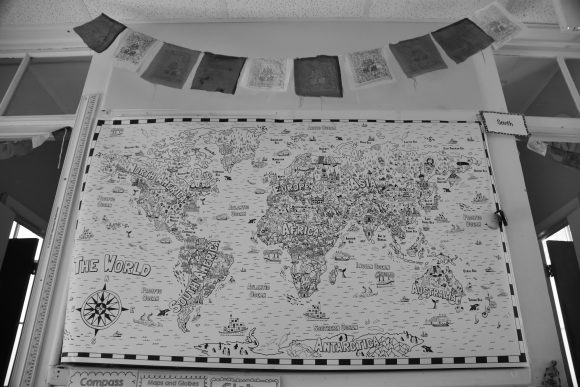 Even at a young age students are taught about the socially complex issues of the world, science and society (Fiona Matson/CU Independent)

The time teachers spend with each student helps them think openly about current social issues, applied science and problem solving. The goal of these small schools is to use the extra time teachers have with their small classes to develop the kids into broader thinkers. The teacher’s passion for education seeps into each student’s own engagement with the material. They are not trying to give the kids a rote of knowledge, but want to intellectually challenge the students. While some one-room school houses in the mountains are expanding in size, other schools in cities are looking at small schooling. 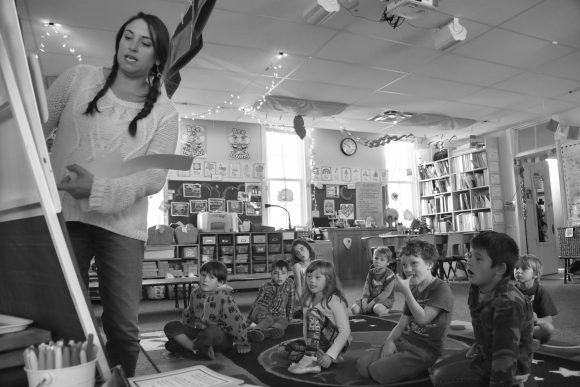 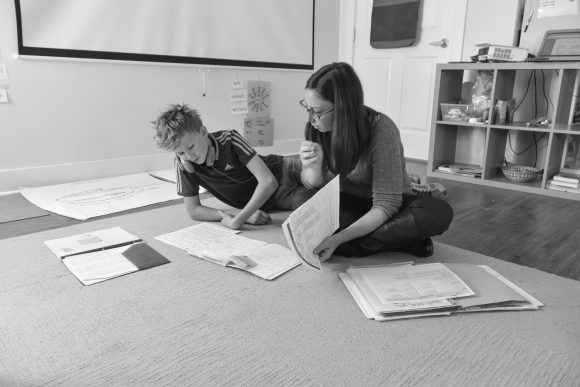 Throughout the nation, many schools, like Highlands Micro School in Denver, are opening with the same goals of the historic frontier schools, to provide children with a robust schooling experience.

In the one-room schools I photographed, I saw students learning to become more than just test takers but well-rounded humans. When a group of student circled around a drum in Gold Hill to learn about Native Americans, I expected to see a repeat of experiences I had growing up in the large California public school system. Class clowns would hijack lessons with immature jokes and my peers’ focus often strayed from the material. But in Gold Hill, the students remained engaged with what they were learning. Even with a photographer buzzing around them, they continued their path to becoming promising young adults. 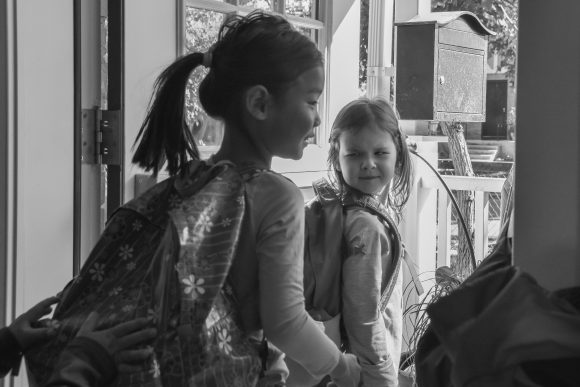 Students at The Highlands Micro School line up for a field trip to the mountains for hands on outdoor learning. (Fiona Matson/CU Independent) 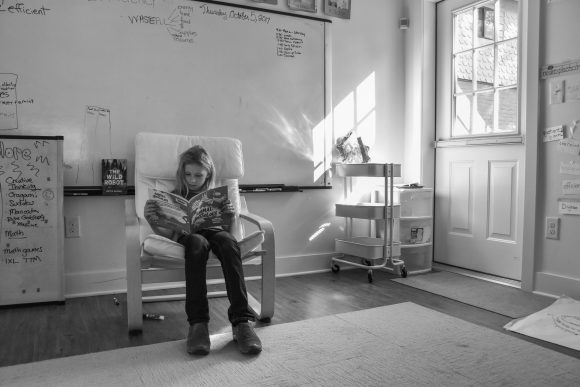 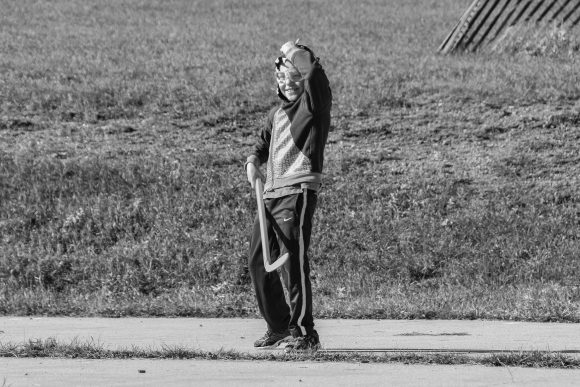 Even in the rigorous academic environment, extra curricular time is encouraged and enjoyed at these rural schools (Fiona Matson/CU Independent) 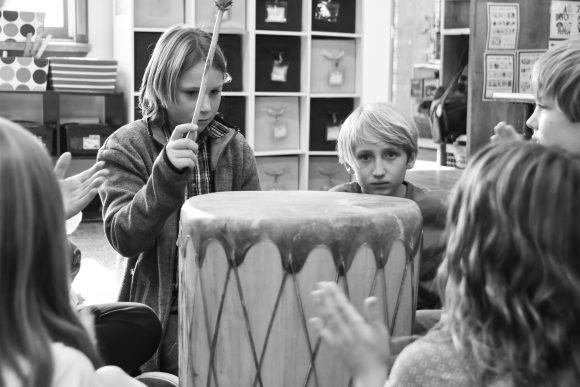