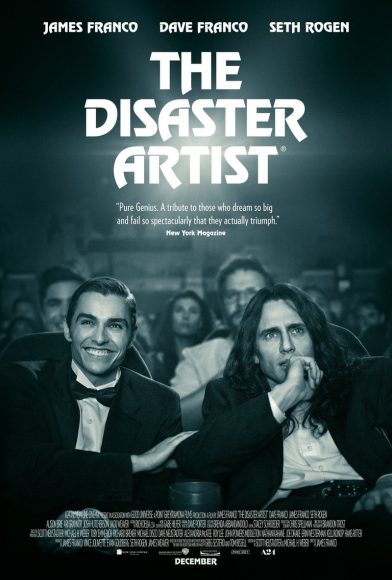 Fourteen years after its premiere, the “trash masterpiece” cult film The Room is surfing a new wave of fame. On Dec. 7, James Franco’s The Disaster Artist hit theaters and was promptly labeled one of the best films of 2017 by Rotten Tomatoes.

The Disaster Artist which was directed, produced and stars James Franco, tells the true story of how one of the worst movies ever made came to be. The Room, which was also directed and produced by its lead star, Tommy Wiseau, has been hailed as a cult classic, despite its bizarre quality.

There is much speculation surrounding the creator of The Room. After arriving in LA in 1995, Wiseau has been one of Hollywood’s biggest mysteries. Wiseau’s age, birthplace and wealth still remain unknown. Despite his thick eastern European accent, he claims he’s from New Orleans. He also spent nearly six million dollars to make his movie. Wiseau drives a Mercedes and owns multiple properties around the country, but has never disclosed how he got the money. He even rented out a giant billboard in Los Angeles for years to advertise the film. The creation of this new movie has sparked a renewed curiosity in Wiseau, making him the subject of articles in The New York Times and Jimmy Kimmel Live.

In The Disaster Artist when Wiseau (Franco) meets his best friend Greg in acting class, the two bond over their shared dream of being Hollywood actors and decide to move to L.A. In L.A., they both struggle to find real acting jobs, so they decide to be the stars of their own movie. Written by Wiseau, the movie is about a love triangle between Johnny, the lead character, his fiancée and his best friend. The movie also features a number of unresolved subplots and a totally inconsistent narrative. According to Wiseau, the film is an “advisory warning about the perils of having friends.”

The Disaster Artist is a great comedy about a terrible movie. James Franco captures Wiseau’s artistic sincerity and hilarious lack of self and social awareness. He reveals that Wiseau possesses an unwavering dedication to his art despite his bizarre form of self-expression. The many other accomplished actors in the film show off their ability to switch between acting well and acting terribly — which, in a way, is quite impressive.

It’s fascinating to watch Franco act alongside his brother, Dave, who plays Greg in the film. Their characters are best friends in the movie and make a pact to become successful together, which suggests that there is a parallel between the movie and the brothers’ relationship in real life. There is an underlying sense that the brothers may have their own sort of pact as they navigate their lives as successful actors in Hollywood.

The movie is not only hilarious in itself,  but the fact that it’s based on a true story makes it absurdly comical. Franco pokes fun at Wiseau’s embarrassingly awful creation, but in a loving and almost admirable way. Wiseau’s complete commitment — even to something that is widely known as a failure — is admirable. The Disaster Artist proves that a dream can manifest in different forms. Wiseau and Greg dreamed of being famous and in a way, they now are.