CU’s diversity plan: Where is it? 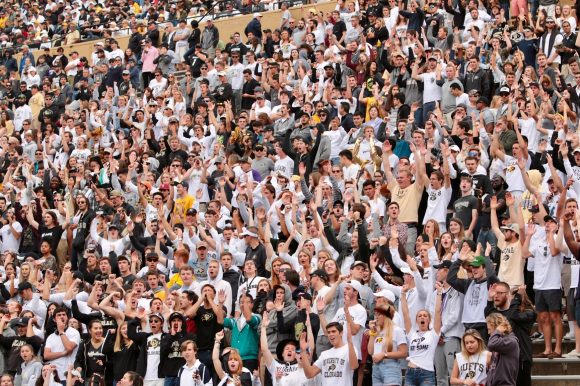 CU’s annual Diversity and Inclusion summit begins on Tuesday, with events and workshops geared towards increasing multicultural understanding across campus.

For the past few years, much of the effort to make CU a more inclusive campus has stemmed from the Diversity, Inclusion and Academic Excellence Plan. This process, which was first revealed in a 2015 message to campus from Chancellor DiStefano, aims to be a “unified, complete, and transformative campus effort” to improve the social climate on campus. But as the summit kicks off this week, little is known about what changes the plan will bring.

Years of surveys have painted a grim picture of how welcoming CU’s campus is to minority students. However, the plan purports to prioritize creating a more inclusive campus for students of color and charting a path towards equality for all students.

At the core of the plan are “diversity narratives,” reports from each of the 30 plus campus groups, also called campus units, on how to improve inclusiveness on campus. The aggregation of these reports will form the plan. In a late-October interview, Vice Chancellor of the Office of Diversity, Equity and Community Engagement (ODECE) Robert Boswell said 95 percent of the reports have been collected and administration hopes to have a document together outlining the path forward by spring, far behind the timeline on their website. Implementation of the plan was supposed to have begun this past summer.

“The current process does not seem that different from previous ones, so I expect that the end results will basically be the same,” said retired professor Dr. Albert Ramirez who worked on at least three diversity plans at CU over the span of 30 years.

From what he has seen of the plan through news reports and from speaking with faculty, Ramirez is most concerned about a lack of institutional change. The plan’s framework of leaving most responsibility for change to the unit-level is something he says doesn’t lead to a more inclusive campus overall. Campus units include all the departments of the College of Arts and Sciences, smaller schools such as the CMCI, the School of Education and all non-academic offices.

Boswell says the plan is “ground up,” and is the best method for progressing since it includes each campus unit’s voice.

In the 2015 letter, DiStefano said administration would update the campus at key points of the process. Three years into the plan, little information has been made public beyond three brief messages in CU Today, the most recent of which was a four-paragraph update from Boswell over a year ago.

What has been implemented?

During a discussion on police violence in her introduction to Africana studies class, Victoria Dadet heard a commotion coming from the back of the class. A group of white students had started yelling, “This is bullshit, this class is bullshit and this professor is bullshit.” When she spoke with the CUI last year, Dadet, who is currently a co-chair of the Black Student Alliance, added that no other white students reacted to the yelling.

The CUI conducted group interviews with many organizations that represent students of color last year. Interviews revealed instances of overt racism, stereotyping and aggressive comments aimed at students of color in the classroom, such as in Dadet’s experience. This year, many students haven’t seen much improvement.

While most of the work is happening at the unit level, some campus-wide initiatives have been put into motion to try to achieve this. To better equip professors and instructors to handle sensitive topics around race and diversity, CU has launched a series of workshops and events teaching many skills similar to those featured in the summit this week.

Announced in Boswell’s latest CU Today update on the plan, the extent of the workshops and their relationship to the plan was not originally clear.

“ODECE will implement at least four professional development workshops a year regarding inclusive pedagogy for the next two years,” said CU spokesperson Debhora Mendez-Wilson in a statement. “Others will be run by the Graduate Teacher Program and the Faculty Teaching Excellence Program.”

Some of the workshops are on topics like metacognition, or the way in which people think, and others on navigating implicit racial biases in the job market. While few of the workshops highlighted to the CUI appear to be directly related to diversity in the classroom, Boswell’s office said that faculty and instructional staff can reach out to outside consultants CU has hired to enhance inclusivity in the classroom.

CU retained Emeritus Consulting Group in May of 2015 for $217,000. They have been involved in aggregating diversity narratives from campus units and helping bring outside perspective to the process, according to Boswell. Emeritus will be consulting with CU until December of 2017, 30 months after their original contract in may of 2015, according to information in a Daily Camera article.

While many students say they have professors who are committed to fostering social justice and equality in the classroom, it is not universal.

Senior Adán García said that one of his professors used a dismissive tone when talking about gender. García is also a co-chair for UMAS, which is a part of UMAS y MEXA, a Latinx-oriented student group.

“He undermined the very importance of the issue. He clearly was annoyed that he was told to incorporate this into his class,” García said. He added in an email, “It seems the same professors who have shown that they care […] continue to do so, and those who do not care are outward[ly] diminishing the issues.”

Mendez-Wilson said that attendance to the workshops, while not mandatory, is tracked and can reflect positively in faculty evaluations.

“How or if it figures into a faculty member’s evaluation is up to department chairs,” Mendez-Wilson said. For the metacognition workshop, 127 people RSVP’d.

García added that in his classes in both the School of Education and ethnic studies, professors are welcoming and committed to maintaining sensitivity around race in the classroom.

Similarly, student Gwenndalynn Roebke said that they enjoy workshops and dialogue and think they benefit the campus. But they (Roebke is gender non-binary and uses they, them and their pronouns) hope that the workshops attract a full spectrum of people, not just those already committed to inclusion.

The diversity and inclusion summit will feature events all day Tuesday and Wednesday and have workshops on mitigating racism, helping DACA students and making outdoor recreation more inclusive.

Boswell described it as “the most layered and rich summit we’ve ever put on” in a CU Today preview of the event.

“It is a ground-up process”

According to Mendez-Wilson, much of the change is happening at the unit level and “authentic faculty engagement” comes through working with the needs identified by each unit.

One unit that has taken steps to address their climate is the College of Engineering and Applied Science. New engineering dean Robert Braun set a goal to have the college be the first in the nation to achieve balanced gender enrollment within five years, a lofty goal when on average women make up 21 percent of engineering students at public U.S. universities.

The engineering college set ambitious goals for increasing their number of minority students as well. The BOLD Center, an organization created to achieve many of the college’s diversity goals, has a variety of programs to recruit and retain women, students of color and first-generation students.

Other schools, like the School of Education, have taken steps to be proactive in making their environments more welcoming, according to faculty and students in the school. But the efforts are not universal.

“Departments are like silos,” Ramirez said, adding that he thinks real change needs to come from “institutional changes.” These changes, he said, could include incentivizing more participation from all faculty and staff and ensuring administration reflects a more diverse student body.

Mendez-Wilson said that from the ground-up process, campus-wide implementation of some programs will occur in the summer of 2018. Working with the human resources department, administration will create campus-wide “professional development” programs to address issues raised by faculty. Many of the workshops and events already implemented are a part of this professional development.

Where is the plan now?

Currently, the plan is less of a plan and more of a structure. Almost all the campus groups have submitted their diversity narratives, but no actual plan has been written. Boswell noted that changing culture takes time, and while talk of the plan began in 2013 they expect another five to eight years until they can see real change.

Mendez-Wilson added that “it’s more important to get this done right than fast.”

For students currently at CU, change might be hard to see, but many feel more could be done. Co-President of the Black Student Alliance Xavier Cochrane said he wants to see more scholarships offered to minority students and to have more safe spaces for students of color on campus. This fall Chancellor DiStefano introduced as a part of the Be Boulder Pact more scholarships that primarily go to first-generation students.

In a message to campus this past Friday, Boswell described the progress that CU has made over the past 20 years. “We’re a more diverse campus by far, with more resources devoted to diversity and to serving diverse communities than we’ve ever had,” he said.

In 1986, only 2.5 percent of the student body identified as black or Hispanic. Now, this population comprises 13.5 percent of the student body. Cochrane said this year he has seen a noticeable increase in how black students have formed a strong community in BSA, something he hopes will continue to increase as more minority students come to campus.

But other data suggests that even though CU is becoming more diverse, students from different racial and socio-economic backgrounds do not interact with each other. CU ranked 15th in a study of schools with the least race and class interaction released this fall by the Princeton Review. CU was by far the largest school on the list of 20 universities.

While the plan is moving forward, Ramirez and many others are skeptical of how effective it will be.

“In five or 10 years the next administration is going to try and come up with their own plan,” he said.