North Korea: A view from the south 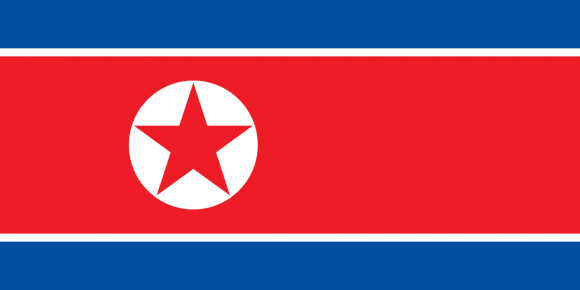 Consul General Jimin Kim, a South Korean diplomat, explained his country’s tenuous relationship to its northern neighbor on Thursday during an event put by the Center for Asian Studies.

“In order to stop North Korea’s provocations and draw North Korea out to the dialogue table, we will pursue tougher sanctions and pressure on North Korea,” said Kim, who is based out of South Korea’s consulate in San Francisco.

He went on to say South Korea has no intention of absorbing North Korea without the country’s consent. Kim described South Korea’s long-term regional goals as peace, stability and economic prosperity.

Kim cited recent unilateral sanctions imposed by the United Nations as a strong step forward. He also expressed optimism given the lack of North Korean aggression in recent weeks.

Kim said the entirety of the Korean peninsula’s recent history has been colored by the Korean War, one of the earliest proxy battles of the Cold War. As Kim said, after the decolonization of Korea in the early 1950s, a western-backed coalition led by the United States and communist forces supported by the Soviets and China waged a bloody civil war on the peninsula.

The conflict ended in a stalemate of sorts and the division of Korea. A capitalist, eventually-democratic country formed in the south and a hereditary communist hermit regime lead by Kim Jong-un’s grandfather took control of the north.

Kim said there was never an official peace treaty between the Koreas. This, he says, has manifested itself in a very tense state of armament and an ongoing war of words. The tension has occasionally flared up into small-scale military engagements.

“Kim Jong-un seems to be on a very tight schedule to achieve the survivability of the regime through the development of nuclear weapons,” said Kim. “North Korea conducted two nuclear tests in a matter of one year and 24 ballistic missiles.”

Kim expressed some anxiety on the part of the South Korean people. However, he was insistent that South Korea had no intention of being pushed around by the north. He cited the broad sense of optimism international markets had toward the South Korean economy as a reason to maintain faith.

Kim also shared insights on the relationship between North Korea and China. He said that China is the north’s primary trading partner. Without its neighbor, the hermit kingdom would not be able to exist. According to Kim, for a long time, after the collapse of the Soviet Union and before the modern Russian state returned to prominence, China was the only major ally North Korea had.

This relationship is bolstered by a couple of key factors. China was one of the belligerent parties on the north’s side in the Korean War. After helping drive western forces back to the 38th parallel, Kim said China began to see North Korea as part of its sphere of influence. He said this school of thought is still common in China, even though China has emerged onto the global stage and become more aligned with the international community.

Kim also said that Beijing is unhappy with North Korea’s recent move towards Russia, as China has begun cooperating with the west in certain capacities. He also said he believes that if China were to withdraw its support, that Russia, which also shares a land border with North Korea, would jump on the opportunity to fill the vacuum.