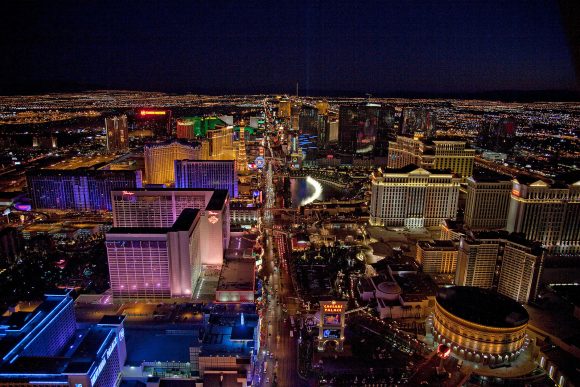 The deadliest mass shooting in United States history happened a year and a half after the previous deadliest shooting at Pulse nightclub. (Carol M. Highsmith/Wikimedia Commons)

Weeks ago I was sitting in class when a loud scream burst through the entrance behind me. I immediately slid out of my chair and onto the floor. I sat on the ground, paralyzed by fear for several seconds. I then realized that the scream echoing around the lecture hall was coming from a random frat-looking boy. After a few more seconds, the boy stopped screaming, took a bow and left. What in hindsight was clearly a prank or a dare left my hands shaking so badly that I could no longer take notes.

The moment I heard a scream, I assumed someone had come to commit a mass shooting.

Just this month there have been two shootings near the CU Boulder and CSU Fort Collins campuses, as well as the deadliest mass shooting in modern U.S. history (less than a year and a half after the previous deadliest shooting). These attacks happen in our own backyards and are occurring so often that they’re hardly making the news. There were gunshots on the Hill last weekend — did you see any coverage on it?

Growing up within a society where mass shootings happen almost every day has left me fearful and traumatized. And I am not the only one.

The Chicago Tribune reported that rates of post-traumatic stress disorder are as high as 90 percent in victims exposed to mass shootings. These rates are increasingly higher than those of victims of other kinds of trauma. Direct victims are not the only people who suffer from mental trauma following mass shootings.

The National Center for PTSD released a paper analyzing the detrimental effect of these attacks on entire communities and even on individuals who were not close to where the attack occurred.

It takes six-to-16 months for most to fully recover from just moderate stress reactions, according to the U.S. Department of Veteran Affairs. However, considering the frequency of mass shootings in the United States, there can be no recovery time.

Mass shootings are the norm of our nation. Living in a world without safety has formed a generation of paranoia and fear.

This mental state can be seen in all of us. In the library, my friend asked me where I would run if someone with a gun came in at that moment.

“This looks like a place someone would shoot up,” he said.

The culture of violence and terror within our country has left America’s youth without comfort. Nowhere can be considered safe.

Schools, nightclubs and even churches are just some of the potential targets for another massacre.

To this day, I still experience panic attacks at the movies after the movie theater in my hometown was attacked five years ago.

“Ever since Las Vegas I haven’t left my house,” one user said.

Another user explained that the fear of mass shootings has taken enjoyment out of many activities.

“When I get on public transportation I always scan people and evaluate backpacks and the general bearing of people. I also have lost enthusiasm for group performances. I feel antsy in theaters and concerts and tell myself ‘I will enjoy listening to an album as much at home.'”

Individual experiences do not necessarily reflect the feelings of an entire generation. However, it has been difficult to measure the exact impact of mass shootings on the mental health of all Americans. Congress had banned the Centers for Disease Control and Prevention from researching the effects of gun violence and while this ban was lifted in 2013 shortly after the Sandy Hook massacre, Congress continues to block dedicated funding for gun-violence studies.

The lack of specific information and research forces society to draw their own conclusions.

This drastic increase in shootings has been accompanied by a steep rise in teen depression and anxiety rates. A lack of safety in the world contributes to the decline in youth mental health.

The culture of mass shootings today has stripped our generation of both physical safety and mental peace. As both death tolls and mental illness continue to rise, the youth of today are becoming increasingly terrified of everyday life.

And nothing is being done.

While mass shootings have become as routine as the daily weather report, policy on everything from gun control to mental health has remained the same.

Regular mass shootings are affecting everyone. Raising children in an atmosphere of terror is harming the population at its core and creating a country that lacks security. The impact of this epidemic has become far too widespread to ignore. Strengthen gun laws, improve mental health care, stop sensationalizing shooters; there are countless strategies to prevent mass shootings in the U.S. Do something.