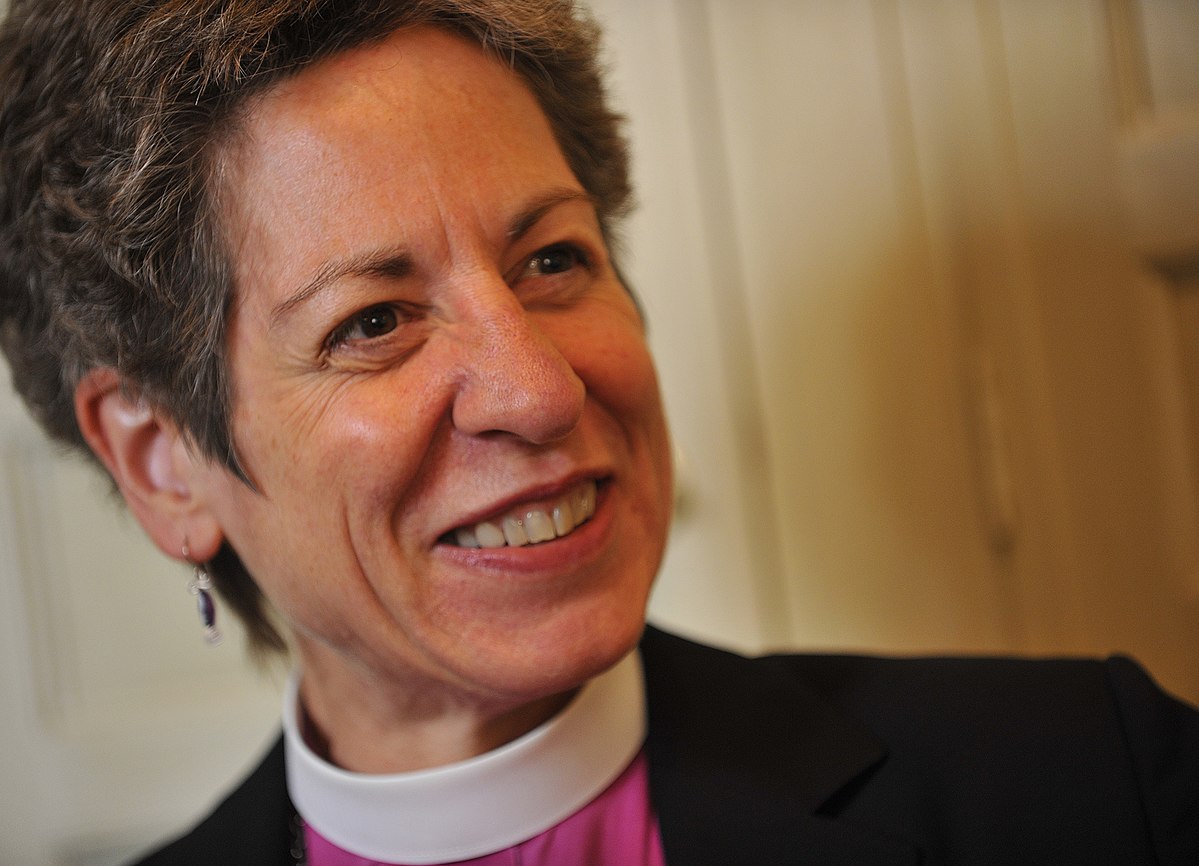 Katharine Jefferts Schori is the former presiding bishop of the Episcopal Church of the United State, as seen in 2008. (Magnus Aronson/Wikimedia Commons)

The former presiding bishop of the Episcopal Church spoke at CU about the necessary intersection of faith and science in environmental preservation on Monday.

The Right Reverend Katharine Jefferts Schori, Ph.D., served as the presiding bishop and primate of the Episcopal Church of the United States from 2006 to 2015. She is the first, and so far only, woman to hold the position and was recently recognized by Time Magazine in “Firsts,” their multimedia project about “women who are changing the world.”

Before she entered the priesthood, Schori worked as a scientist, and has a background in biology and oceanography. The Center for Western Civilization, Thought & Policy along with St. Aidan’s Episcopal Church is hosting her as a visiting scholar this week at CU. She will give talks and speak with several student groups.

On Monday night she delivered a lecture titled “Science, Religion, and Land: the West and the Rest.” Schori, who has spent most of her life in the Western United States, opened her talk by saying she wanted to explore “how we look at land in the West.” She spoke about the history of the West, saying that while, for many Americans, moving West represented hope for a better future. But manifest destiny also brought about the destruction of Native American ways of life and damaged the ecology of the land.

Along with the idea of the physical West, she also spoke about the evolution of Western European conceptions of law and science and how over time science and religion grew apart.

“Westerners have lived for a long time with the idea that either science or religion could be respected, but not both,” Schori said.

She talked about the similarities between science and theology, explaining that they are both fields driven by passion and a sense of wonder, and seek to discover deeper truths about our world. She also said that they are both communal activities that require involvement from a community of people.

Schori then went on to discuss the creation story in the Bible in relation to how we care for our planet today. She said that throughout history many people have interpreted the story of creation as humans having full dominion over the earth, but it is better read as humans having stewardship over the earth and a responsibility to care for its well-being.

She said that unless humans change their destructive ways and move to a more communal, sustainable way of living, we will be “grave-bound.” She said that people must harness the creative ambition that inspired migrations West in search of a new life. Now, it must be used to create new, sustainable ways of living on our planet. Schorisaid that science and religion, then and now, are components of that quest.

“Some of our life habits must die in order for us to survive,” Schori said.

The talk ended with a Q&A session in which Schori discussed issues likw the ethics of capitalism and of eating meat, where she finds hope, how to connect with people ideologically different from oneself and the science of sustainable agriculture.