Opinion: Beyond the echo chamber 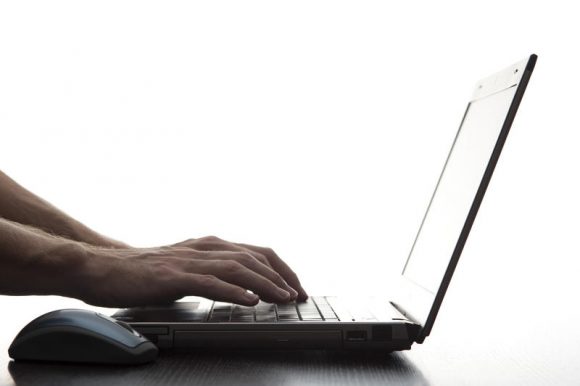 Why is it so difficult to admit to the one truth you do know — that you simply don’t know?

In the modern world, we have an unprecedented amount of information at our fingertips. We can receive a burst of it in 140 characters that contain an instantaneous rundown of any event, anywhere in the world. We don’t even have to work for it.

With the ease of access to vast amounts of information, we are under the impression that we no longer have to seek out the truth but, instead, can wait for it to come to us.

With the expectation of having every bit of information handed to us comes the expectation that we should have an opinion. Even if we don’t do the research, we tell everyone what we feel about what’s in the headlines.

We take what we’re given from an echo chamber and stand behind it until our dying breath, hoping to have our opinions validated and our emotions cradled. Yet, by forming strong opinions about a topic before understanding its dimensions, we lose the ability to support our opinions with facts. People need to move past the expectation to always share their sentiments, and do proper research first. This is essential for both an informed electorate and informed representatives.

From my own personal experience, it has become socially unacceptable to not know what’s going on in the world today. To avoid social humiliation, everybody’s racing to give their two cents and assert their intellectual superiority. I have found myself in too many conversations in which people feel inclined to share their opinion because they read that one article about that one thing that one time. I have also been that person and will admit that I have formulated far too many opinions based on the perceived expectation that I should have one.

I, like so many others I know, often seek to appear in-the-know instead of actually being in-the-know. I once went so far as to become emotional about hydraulic fracking and its impact on the environment when I wasn’t even entirely sure what hydraulic fracking was. All I really knew was the stigma that existed, that fracking = bad.

What’s more, admitting unfamiliarity is almost always returned with a mocking glare of superiority. You know the one I’m talking about: the one that’s normally paired with “you don’t know?”  No wonder everybody’s a critic.

My generation has become notorious for its entitlement, and I think it stands true in our opinion-forming abilities. All the research has been done for us, so why take the time to do it ourselves? Hearing the sound of our own voice has taken precedence over the truth.

A Pew Research Center study showed that by 2016, 68 percent of the U.S. was using Facebook, a social media platform marked by its encouragement of democratic conversation. Following the 2016 election, however, we began unfriending anyone who didn’t align with our values. Entitlement turned into taking ourselves out of the realm of democratic conversation and, instead, into a realm in which everyone “likes” everything we have to say.

Instead of being open to challenging views, which allow us to see the other side of an argument, we’ve chosen to envelop ourselves in our own assumptions.

While most voters make little to no effort to seek out any information at all, many of those who do neglect evaluating the information they find. Instead of seeking the truth, they rally behind a set of ideas and values. If a belief doesn’t immediately fall into an existing schema, then it couldn’t possibly have any truth to offer beneath the surface.

The 2016 election was plagued by voters who didn’t know what they stood for or what they believed in, and understandably so. It’s easier to follow suit than to question the validity of a stance. For example, Trump’s pre-election rhetoric alluded to the idea that undocumented immigrants are a threat to the U.S. and don’t contribute to our society. While research has falsified these claims time and time again, many of his constituents banded together behind this belief instead of further evaluating its truth.

If people had been able to admit to themselves that they just don’t know enough and should look further, maybe we would have seen different election results, no?

The politicians we rally behind may not be any better. Our representatives juggle hundreds of issues at a time, which only allows them to really hone in on a few, and lobbyists can only inform them of so much. How many of the issues they take public stances on do they know that much about? Do they really care, or are they just perfecting their people-pleasing? Are they fabricating opinions just like the rest of us?

Maybe it’s time we stop assuming the opinions given to us are the only ones available.

Our generation has created a culture in which not knowing goes hand in hand with some sort of incompetency. When clearly defined judgments are handed to us on a silver platter, we are expected to stand behind one of them regardless of our familiarity with it. But if we can’t be honest with ourselves about how much we know, or if we know anything at all, then at what point do we expect to understand?

It might be time we start encouraging a culture in which not knowing isn’t shameful but, instead, is an opportunity to find something beyond what we’re told to believe.