Despite great play, still room for improvement on defense for Buffs

After an offseason full of hype, the Colorado Buffaloes football team has had a somewhat of a shaky start to its 2017 season. The Buffs won their first two games, but failed to look overly impressive while doing so.

The Colorado defense, expected by many to be a significant downgrade from the 2016 unit, has surprisingly been the success story of the first two games. By stopping drives and forcing turnovers, the D has given the offense enough time to get some points on the board. Enough to win against Colorado State and Texas State, at least. In those two games, the Buffs allowed only six points and no touchdowns, something a CU team hasn’t done since the Eisenhower administration.

However, the defense hasn’t been without faults of their own. This was evident on the first play against Texas State, when running back Anthony Taylor charged up the field for 55 yards. Even the secondary, arguably the strongest part of the defense, allowed the Bobcats to get a 45-yard completion on a busted coverage. In the Rocky Mountain Showdown, it also benefited from some favorable calls that prevented big completions and several scores.

None of these mistakes were fatal and similar screw ups against Northern Colorado are unlikely to make a difference in Saturday’s game. But with conference play approaching and a date with No. 6 Washington on the horizon, Colorado knows it’s going to have to tighten some screws to be competitive. Pac-12 teams will take full advantage of the opportunities that Sun Belt and Big Sky teams won’t.

“We gotta just get right on the loop, just make sure we get out all the kinks and make sure of our techniques,” said junior nose tackle Javier Edwards after practice on Wednesday.

With one more non-conference game left, the Buffaloes will look to iron out some of the small mistakes that have led to big plays by the opposition, whether it’s filling the gaps on the front seven or adjusting coverages in the secondary.

“We have the idea that teams are going to try to exploit those mistakes,” said junior linebacker Drew Lewis. “It’s just little things, it’s just one player that makes a mistake and that’ll happen. Now that we know that, we can adapt to that and prevent it from happening in the future.”

Lewis also took responsibility for Taylor’s big run, noting that he was supposed to fill the gap that Taylor ran through.

Though the defensive play has been generally impressive, head coach Mike MacIntyre and Defensive Coordinator D.J. Eliot have not been going any easier on the players in practice. They know that this squad will have to play mistake-free when the time comes.

“He’s pushing us as hard as he can,” said Edwards about MacIntyre. “If our practice is hard, then when we get to the games it’s easier.”

The Buffs defense will get one more chance at a tuneup game before Washington comes to Boulder, when they take on the Bears of Northern Colorado on Saturday. That game will kick off from Folsom Field at 12 p.m. MST. 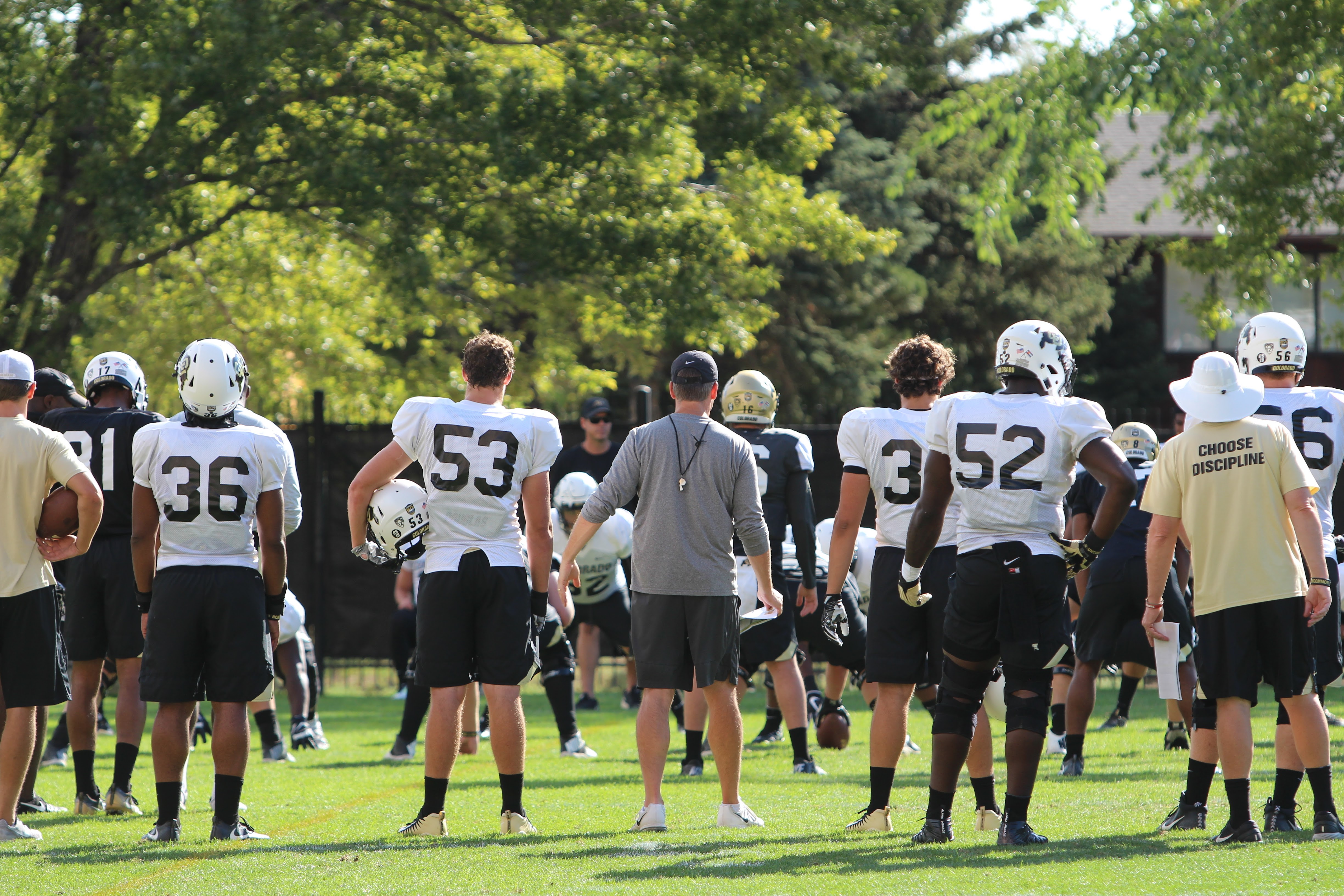 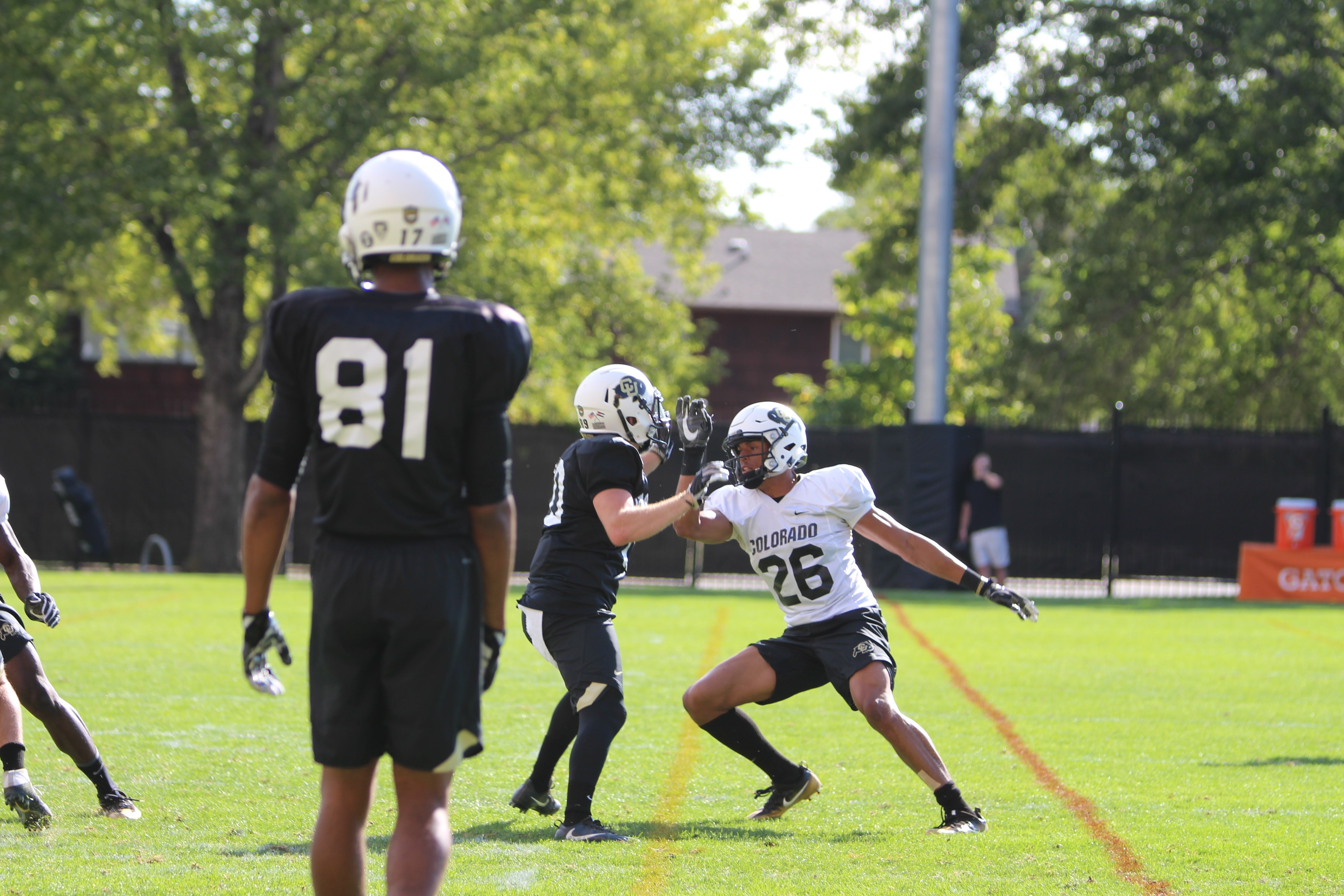 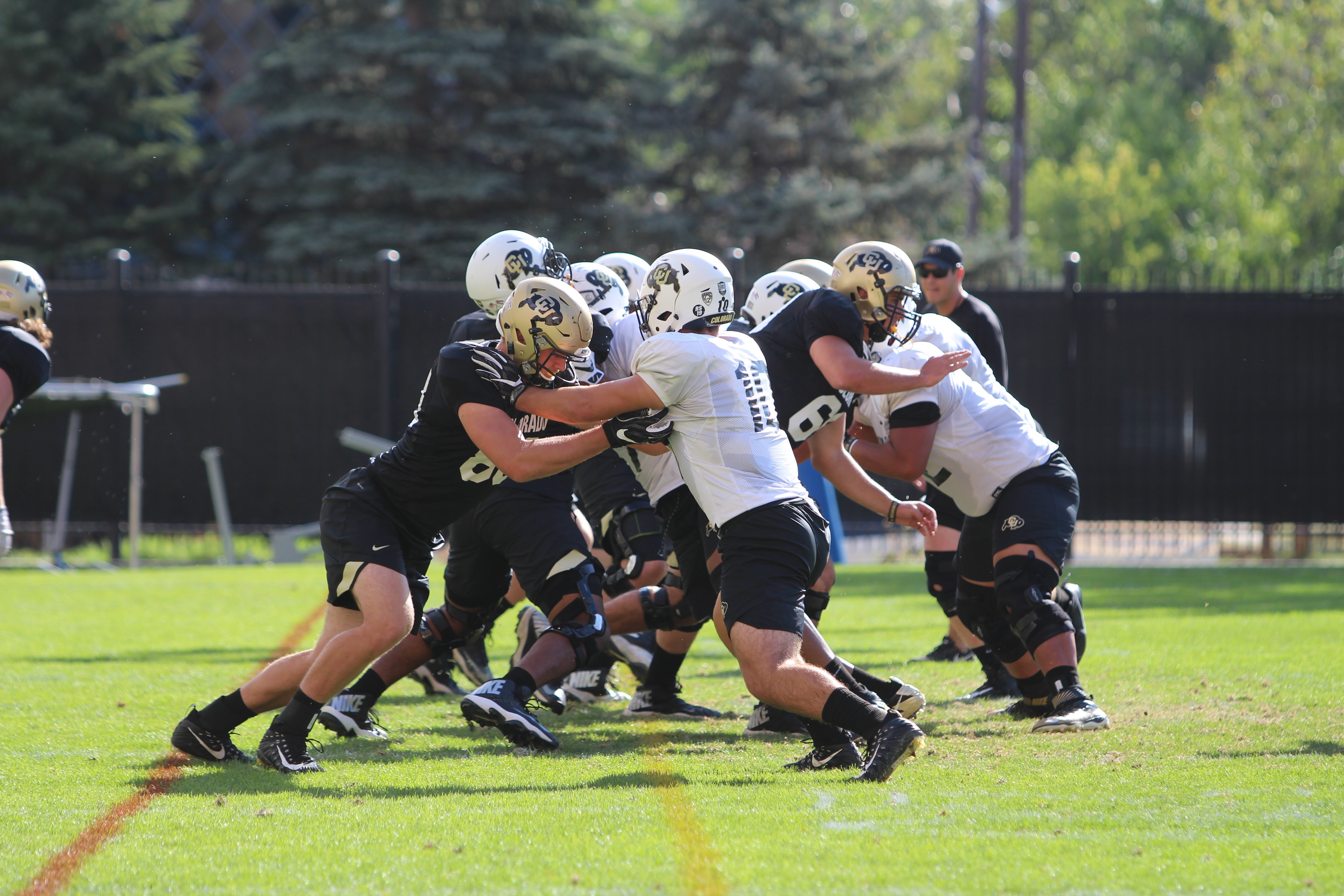 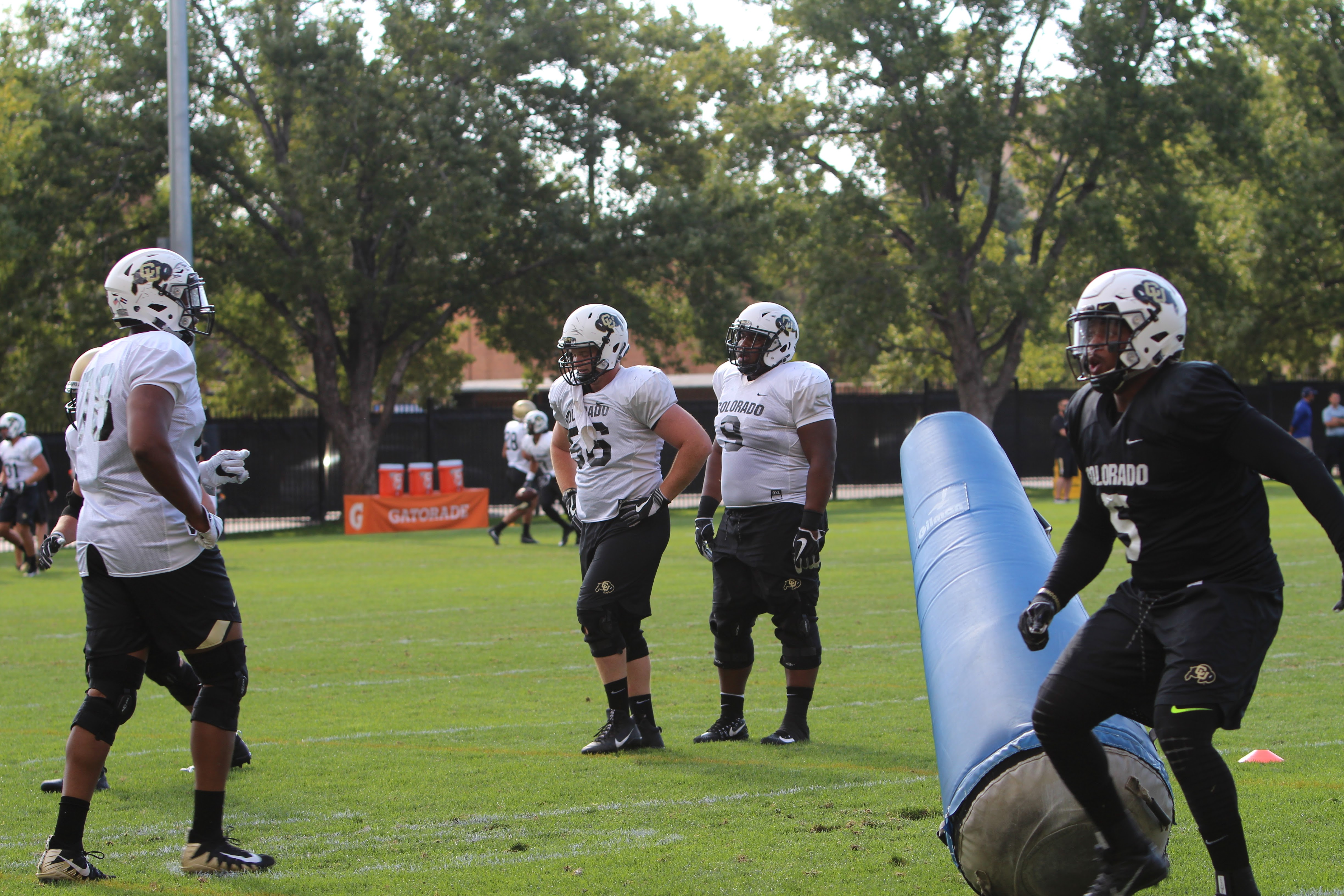