Long before he expected to see light on the horizon, Adam Curtis saw flecks of orange and red in the distance while driving north on 9th street at 1:30 a.m. It wasn’t the rising sun, but flames from the Sunshine Canyon fire. 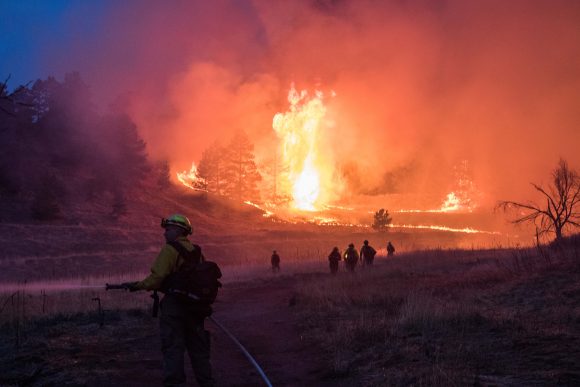 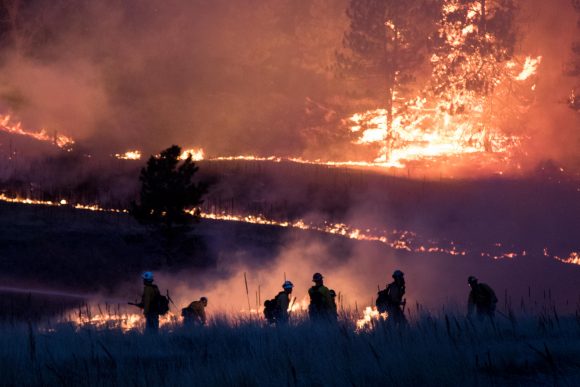 Fire fighters work to make controlled burns on the edge of the Sunshine Canyon wildfire on March 19, 2017. (Jackson Barnett/CU Independent)

During a time when the ground is usually covered by snow, Boulder enacted a fire ban due to the record-breaking heat and dryness days before a blaze burned 62 acres of trees and tinder like brush.

“It’s surreal,” Curtis said as he watched around 100 firefighters battle the blaze around 7 a.m.

While his neighbors were being evacuated to the East Boulder Community Center for shelter, a banging at the door awoke Charlie Kohn and Emma Ruffin. A friend, Brian Kurtz, pounded his way in to let them know Charlie’s house was in the evacuation zone.

“We have been doing this thing where we turn our phones off at night,” said Kohn, who was sleeping at Ruffin’s house in East Boulder. Using back trails, they snuck into Charlie’s home to retrieve his passports, family heirlooms and 19 of their 23 chickens, which they rushed out in crates.

“Four are still up there,” Kohn said from the safety of spruce street. 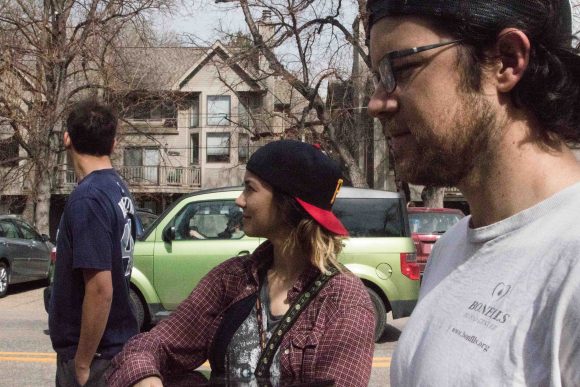 By noon, firefighters had contained 20 percent of the fire with the help of aircraft and helicopters, some of which were from the National Guard. 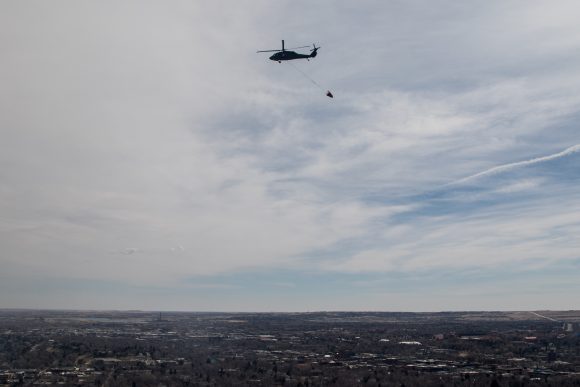 A Blackhawk helicopter flies over Boulder on its way to drop water on the Sunshine Canyon fire on March 19, 2017. (Jackson Barnett/CU Independent)

The mandatory evacuation will remain in place until an assessment can be made in the morning on the fire’s danger, said Mike Wagner, spokesperson for the Boulder county Sheriff’s department.

“The weather forecast is concerning,” Wagner said. “One of firefighters said there is no moisture in the soil … it feels like June.” 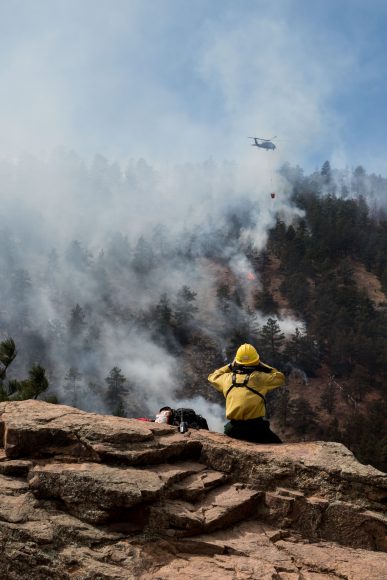 Using the better than expected wind conditions throughout the day, the around 250 firefighters felt confident in the progress made to control the fire and lay down burn lines to control its growth.

Like Curtis in the morning, many onlookers began to gather by Canyon Road and at the base of Sunshine Canyon road for their own look at the smoke and flames. Wagner says the best way to help is to stay clear of the closed areas and let the air and ground support do their work, which is expected to continue tomorrow. 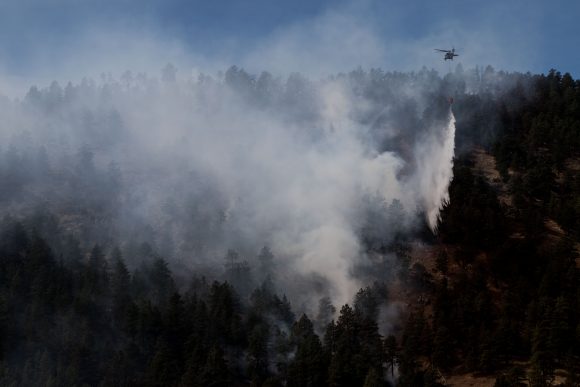 No injuries or structure damage were reported during the events.