Women’s March on Denver, part of largest demonstration in U.S. history, drew over 100,000

Over 100,000 people flooded downtown Denver on Saturday to participate in the Women’s March on Denver, one of hundreds of planned “sister marches” around the United States and the world that may add up to the largest demonstration in U.S. history. 500 U.S. cities ended up participating, and Denver’s march was one of the largest. The protest was spurred by the recent inauguration and election of President Donald Trump.

Thousands of signs made their way down the streets. The march’s aim was to advocate for women’s reproductive rights, gender and racial equality and promote peaceful demonstration.

Women and men alike attended the march. There was a strong LGBTQIA presence along with anti-Trump rhetoric. The march snaked through downtown, beginning at the Voorhies Memorial in Civic Center Park, traveling north to Champa Street and ending at the south end of that park.

There were many different motives for marching, as it turned out.

“[Women] need a voice. Especially given Trump’s presidency, women may take a lash,” said Henson DeBruler, who carried a sign that read, “A Gay Man Who Loves Women.”

Among the many signs were messages like, “Not My President” and “Make America Think Again.” Most of the marchers were concerned about how women’s rights would be affected by the new presidency.

Among the crowd were hundreds of pink knit caps called pussy hats. “There was a big movement in the knitting community to knit pussy hats and send them to D.C. to support reproductive rights,” said Tori Masaki, a marcher. Her husband Chris thought it was important, as a man, to march. “I believe in women’s rights. I can’t believe this is still [an issue].”

Joli Gentis and Bev Anderson, teachers from Union Colony Preparatory School in Greeley, said that they marched for their students. Their signs were adorned with the artist Shepard Fairey’s latest work, including a woman in an American flag hijab. “These pictures show that we are defending fear and indignity put upon us,” Gentis said.

The march ended with a run of speakers and performances including Lady Fatu Drummer and Fawn Germer, a female leadership speaker.

The Women’s march has captured the nation’s attention and sparked debate about what will happen next for American women. 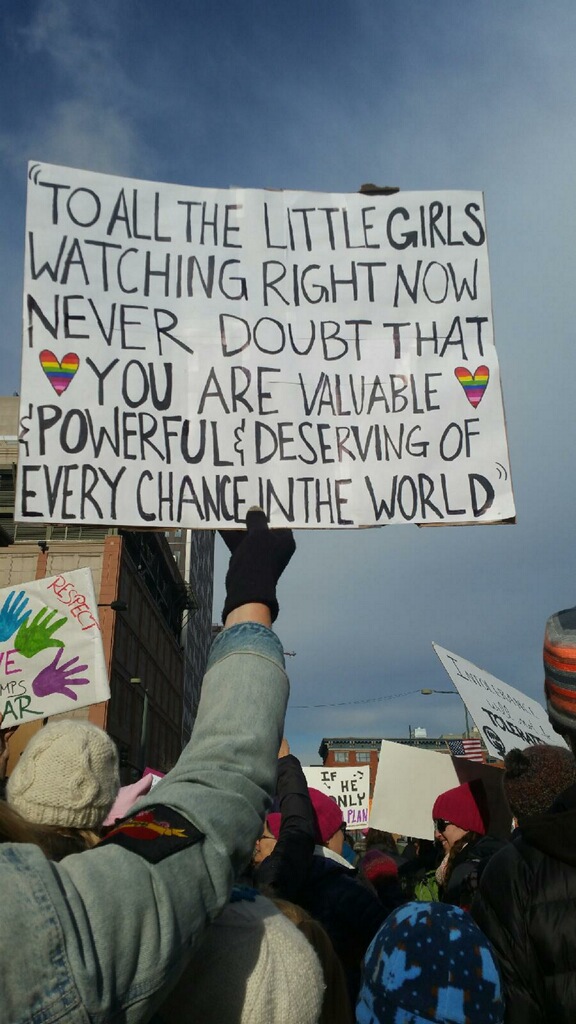 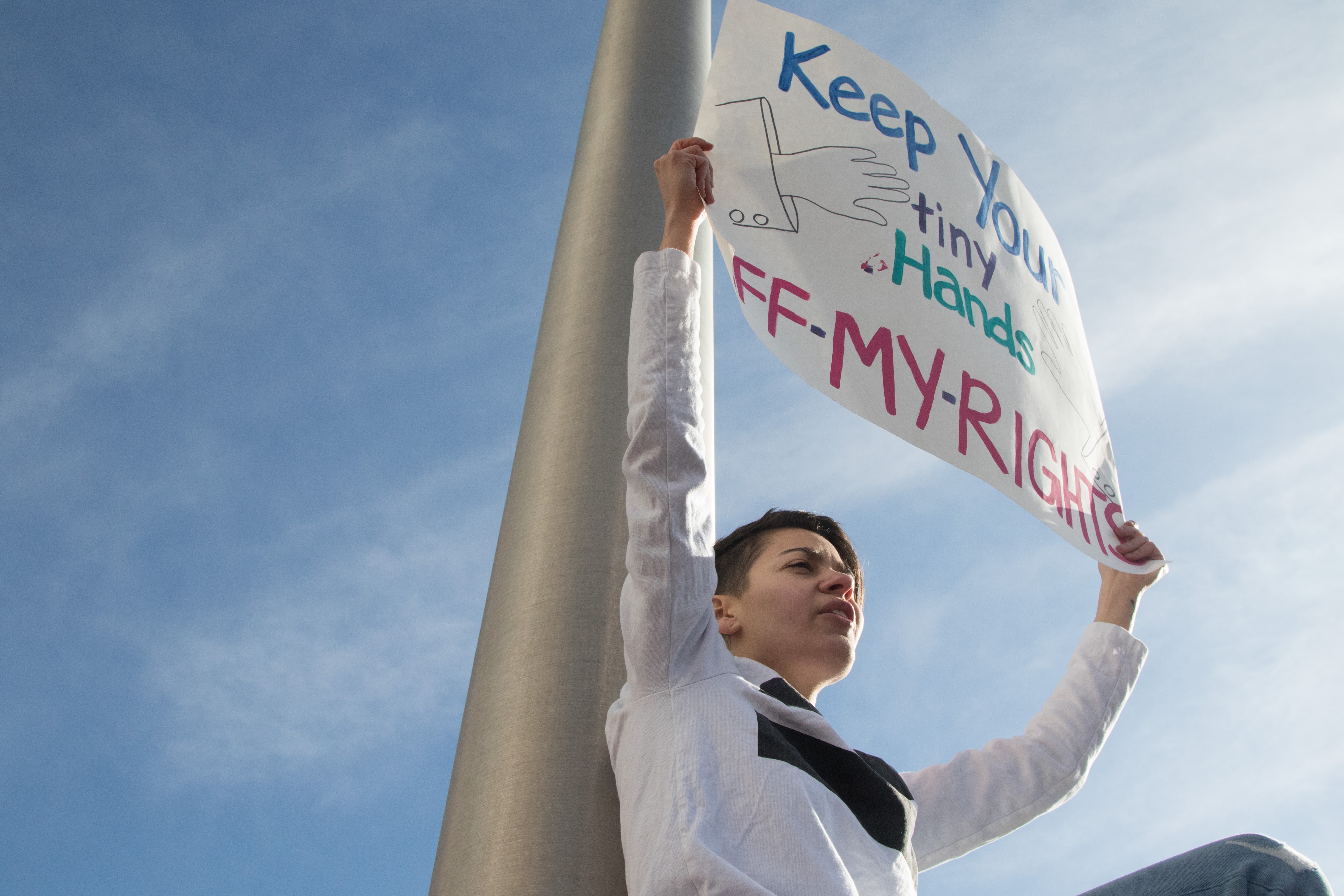 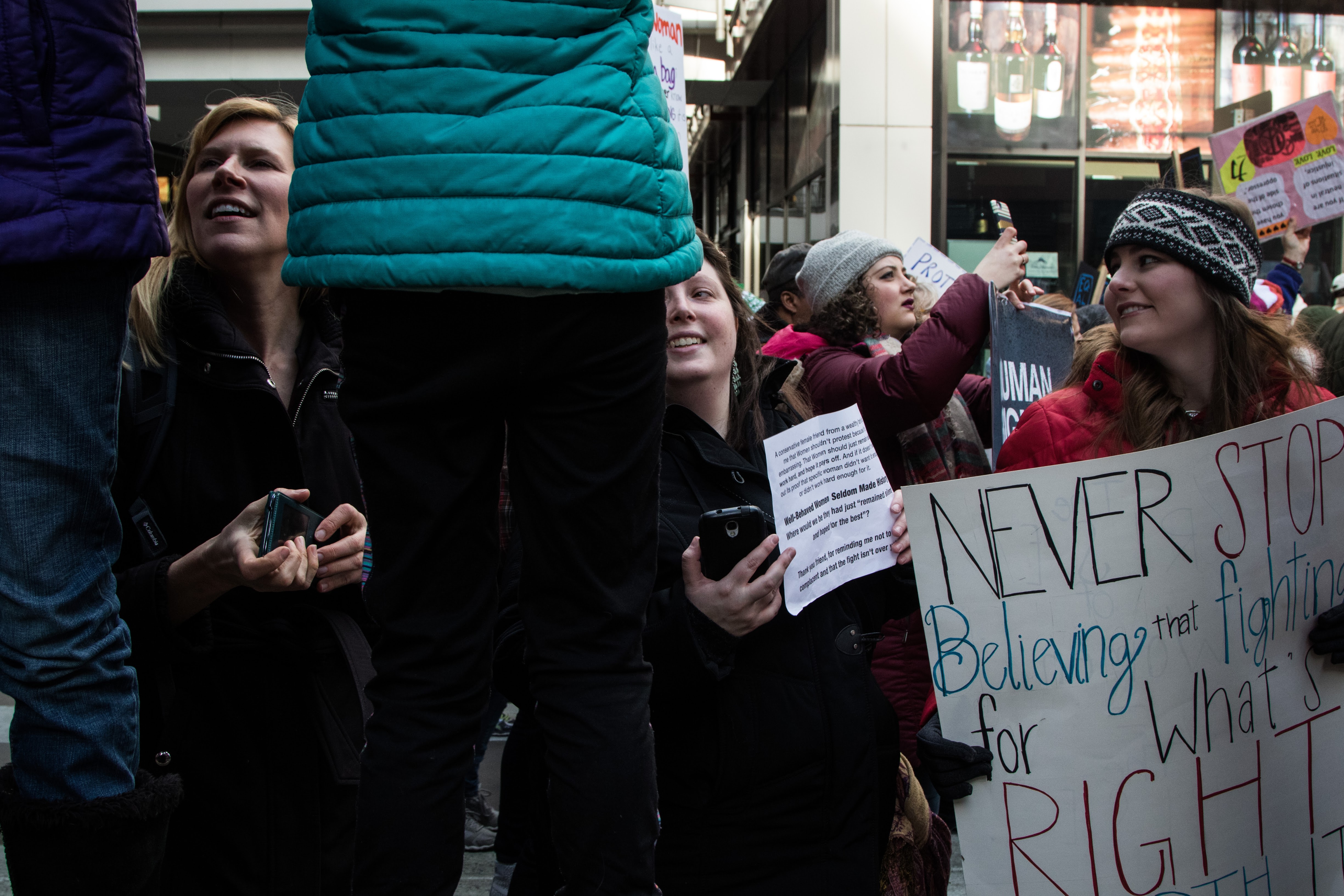 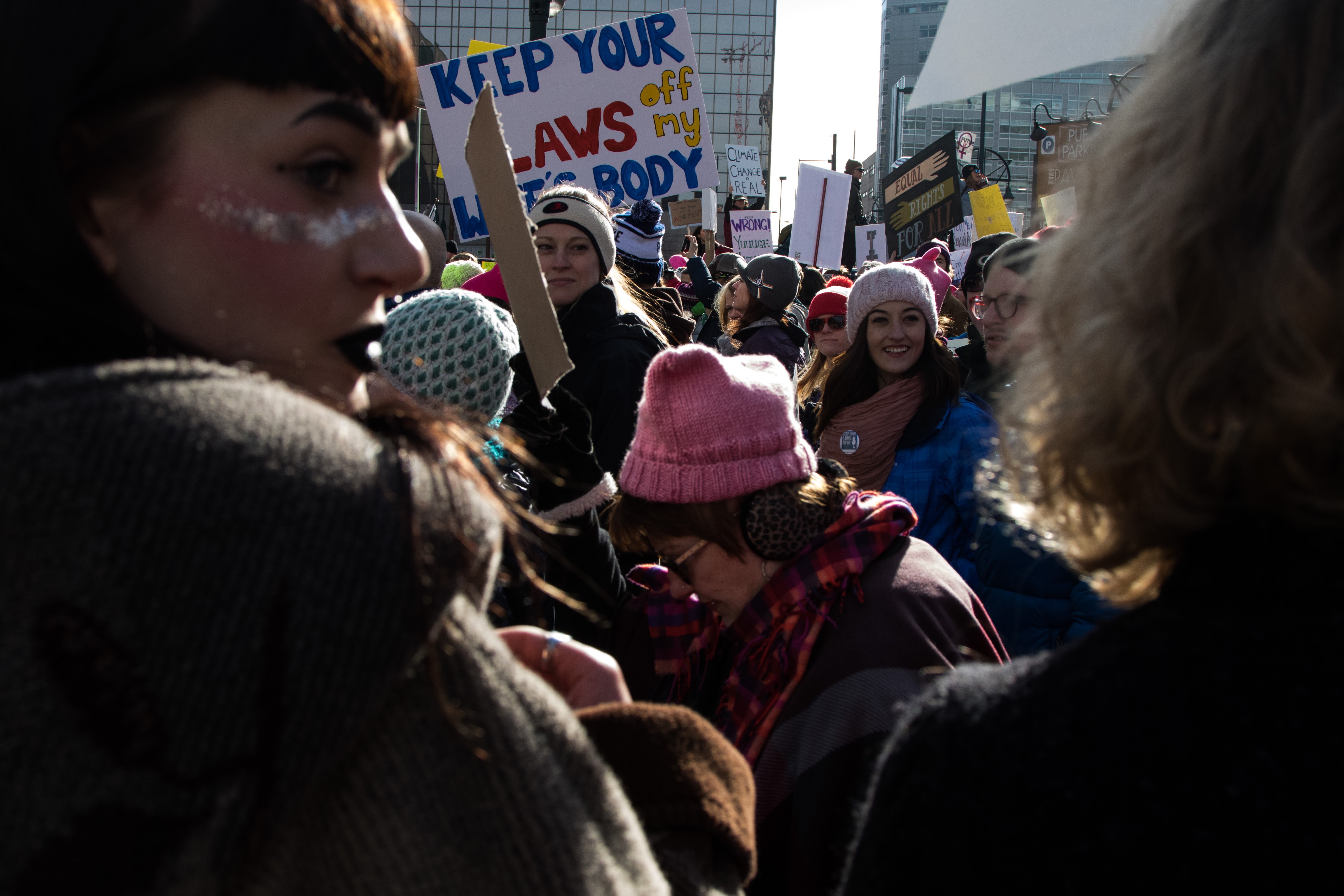 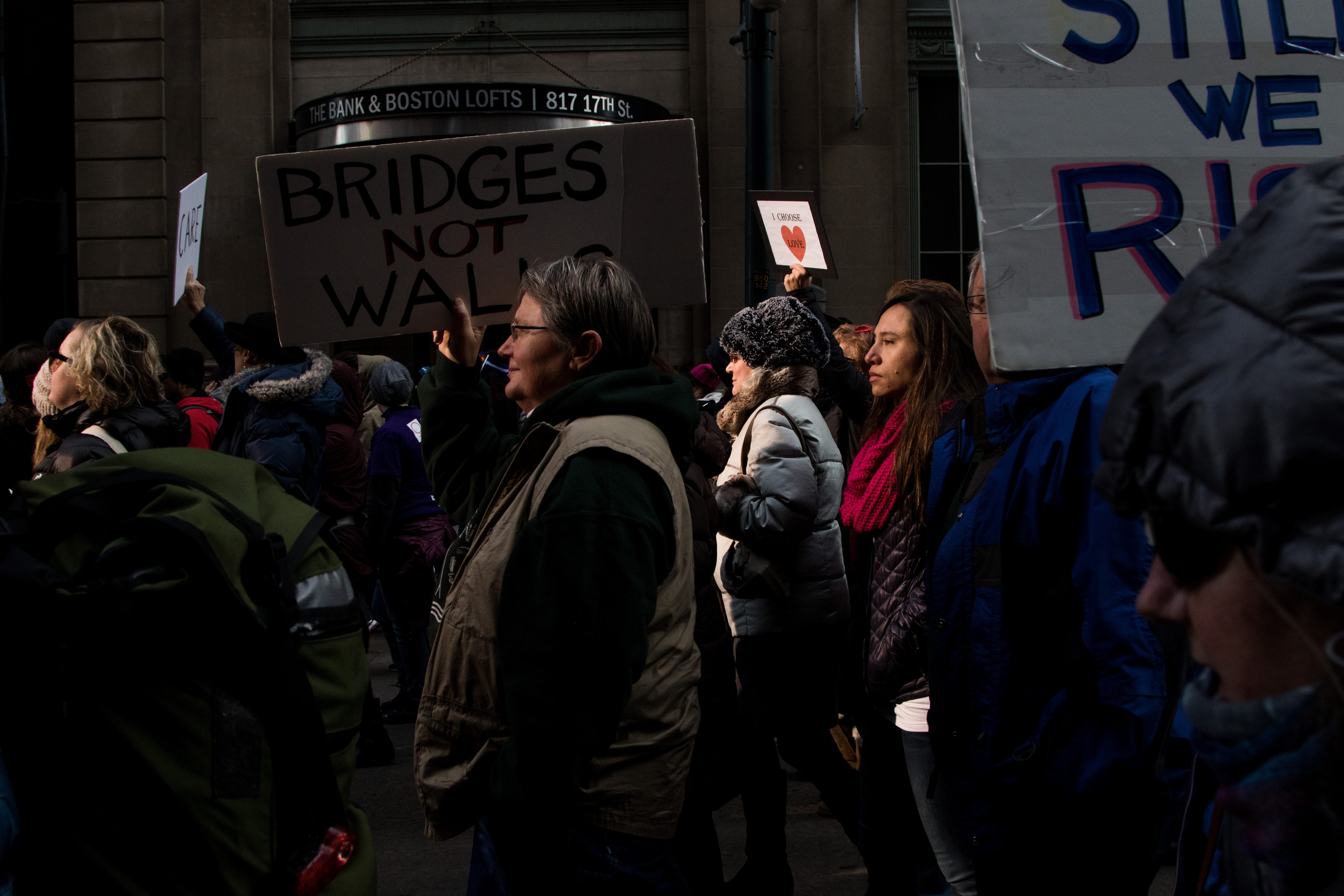 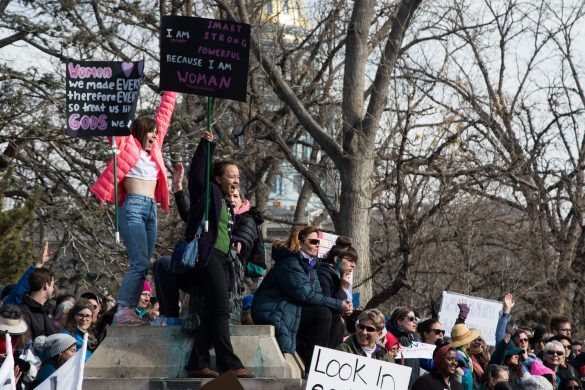 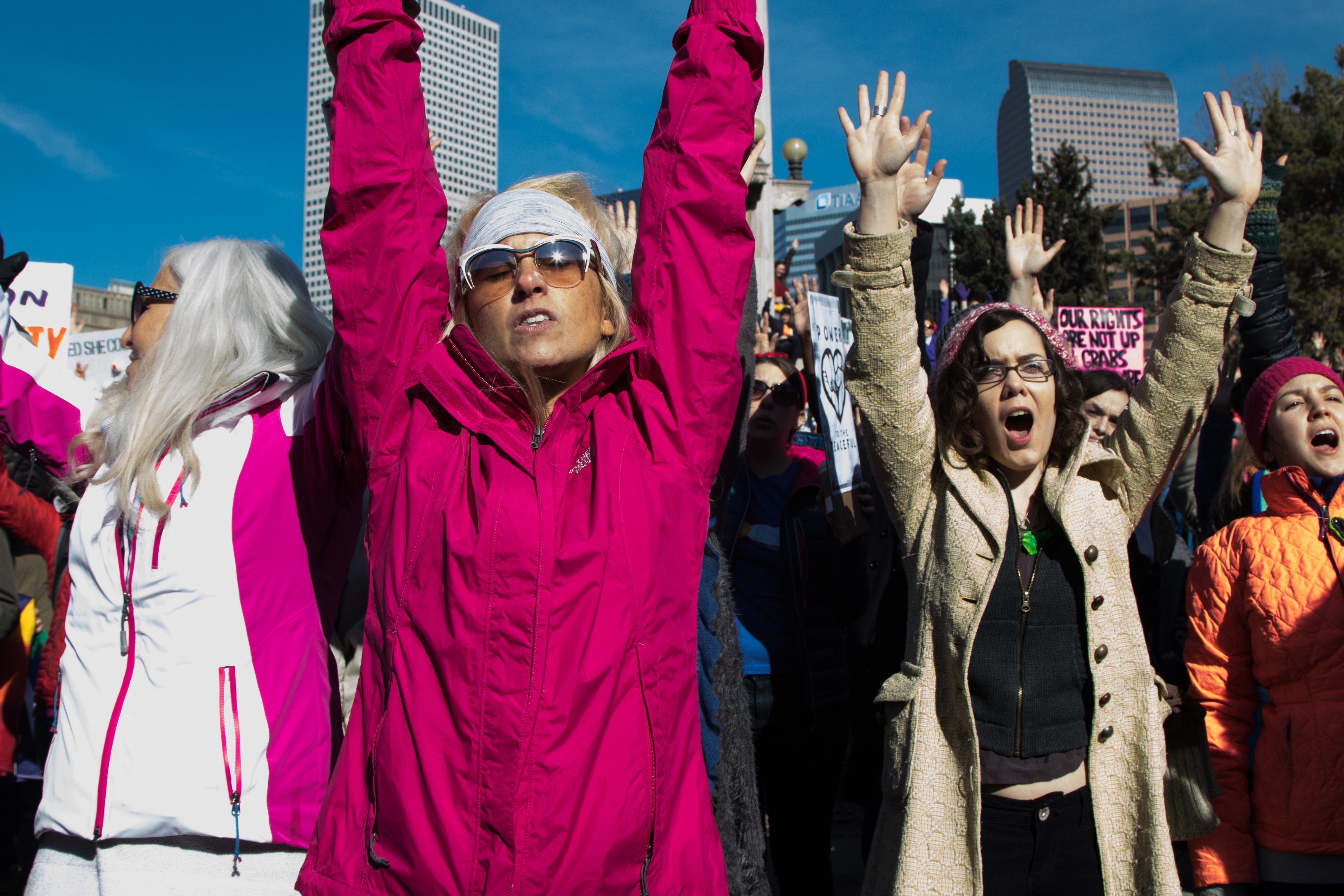 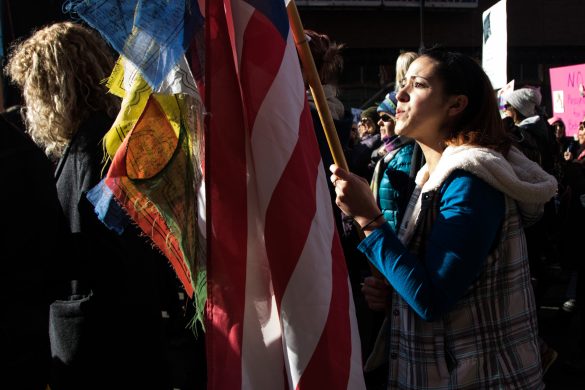 A woman holds an American flag adorned with Tibetan prayer flags during the Women's March on Denver on Jan. 21, 2017. (Jackson Barnett/CU Independent) 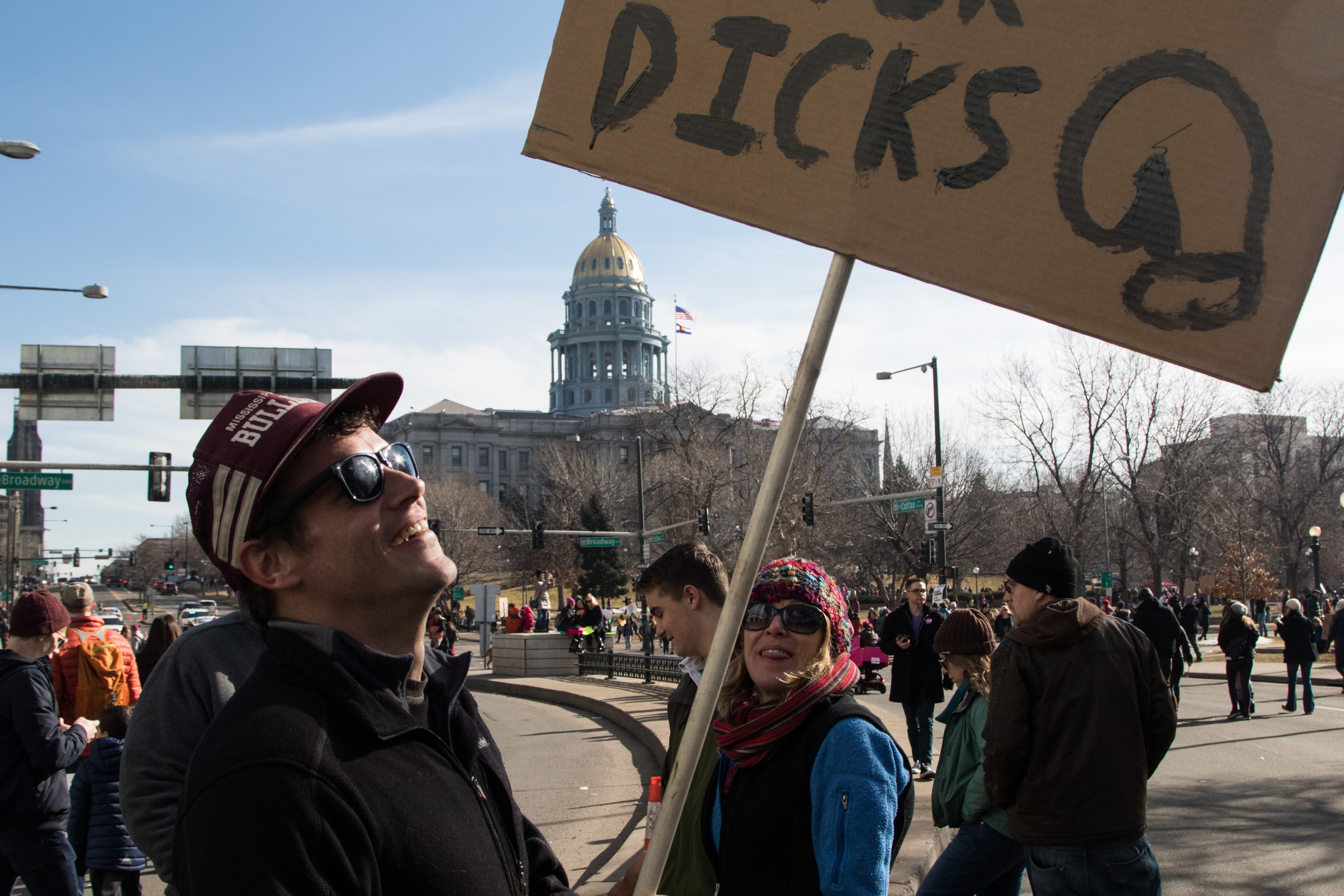 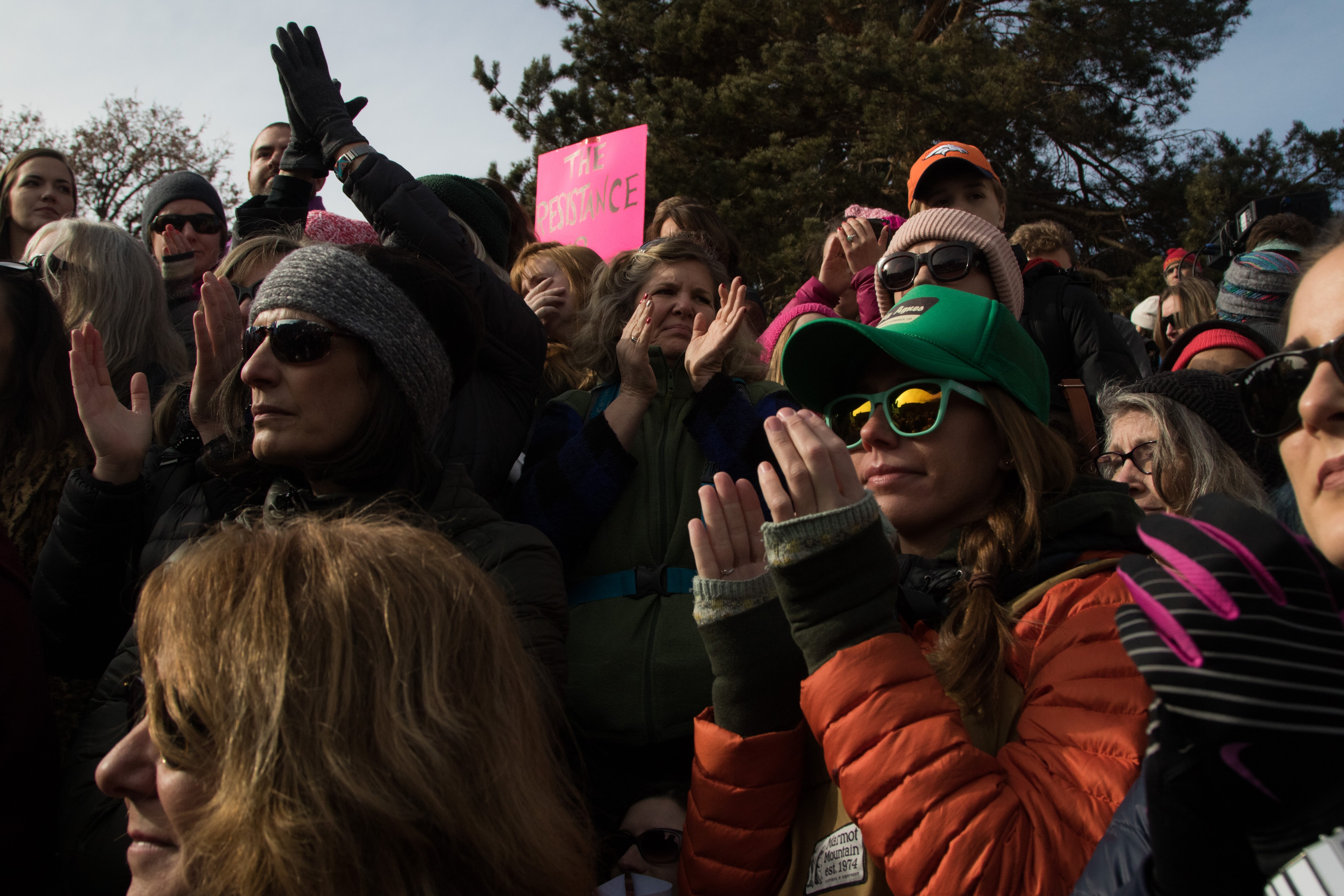 Maris Westrum is an undergraduate student who writes about culture and women’s issues. She is studying journalism and anthropology.