On the day before Election Day, New Era Colorado, Boulder Students for Hillary and other groups turned up the volume on their message to get out and vote by gathering at the UMC Fountain on the CU Boulder campus.

New Era Colorado, a non-partisan non-profit organization that aims to register voters, hired jugglers and stilt walkers to encourage voting. The entertainers shouted, “Take a big step for democracy,” and “Don’t drop the ball on this one,” as ways to boost turn out.

“The challenge is to make the margin high enough to offset some of the more conservative parts of the state,” Adams said in regards to promoting voting in Boulder.

As students came out of their classes and flooded the fountain area, activists sprang into action. Songs blasted from their speakers while New Era and Clinton campaign volunteers were busy handing out voter guides and speaking with students. New Era handed out pizza to anyone who texted encouragement to vote to two friends, while the Clinton campaign had candy, coffee and pizza of their own at the ready. Many students were able to grab a free slice and pick up Clinton paraphernalia as they walked by.

At 1 p.m., volunteers dispersed and took to campus on golf carts. Whizzing through crowds of people with megaphones, they offered rides to the polls and encouraged voting. 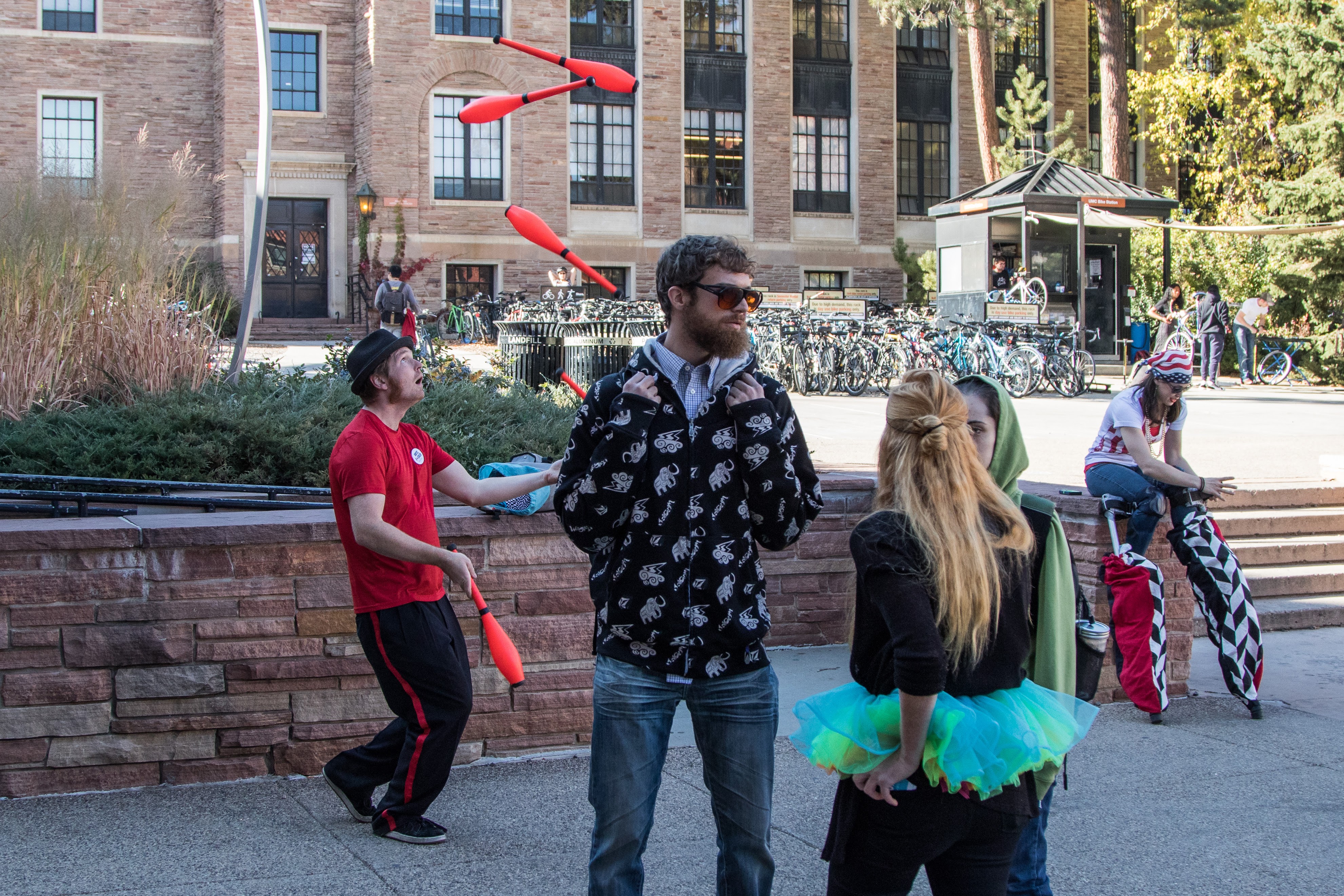 A juggler and stilt walker encourage voting while a representative, Ceely (center in tutu) tells students how to cast their ballot, Nov. 7, 2016. (Jackson Barnett/CU Independent)