Boyle wasted no time beating around the bush and set the tone early.

“We’re 18 practices in, and I think those of you who’ve followed this team and this program know we have some pretty talented guys in uniform this year,” Boyle said. “But right now, if I had to describe our team in one word, it would be ‘overrated.’ We’re not consistent enough to be considered an upper tier Pac-12 team right now. We’re a work in progress.”

Although Boyle’s message was addressed to members of the media, part of what he said was definitely directed at players on the team.

“I think right now our players might think that we’re a little bit better than we actually are. That’s the reality,” Boyle said.

The coach did elaborate on the inconsistencies that have formed his preseason opinion of this current squad.

“Defense, showing on ball screens, switching on ball screens, guarding the ball … rebounding,” Boyle listed among his concerns. “The reality factor is we’re not getting it done and that reality is going to become painful if we don’t figure it out between now and the time we start playing games.”

All that said, Boyle’s squad last season averaged the most points per game since the 2010-11 Buffaloes. The team returns four fifth year seniors and a fourth year junior in guard George King.

A major talking point centered around the departure of Josh Scott, the Buffs’ longtime big man who graduated last May after leading the team in points per game and rebounding.

“I always said it when Josh Scott left: we can replace his production and rebounds,” Boyle said. “What the question mark is ‘how do we replace his leadership?’ I’m not sure of that right now. The only way we’re going to find out is when adversity hits. That’s the only way you find out what leadership you have.” 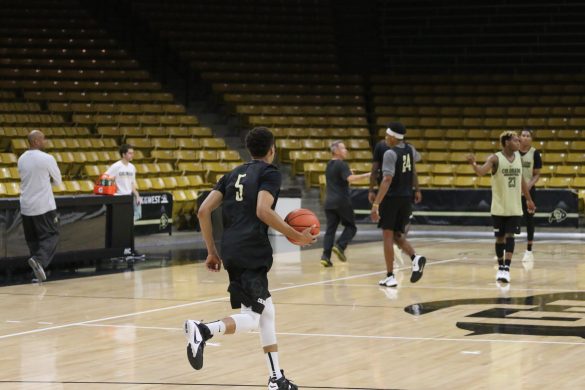 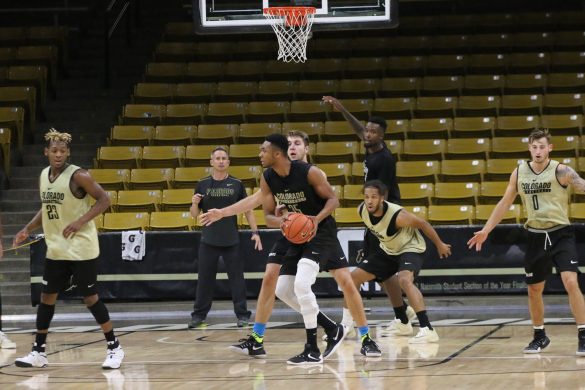 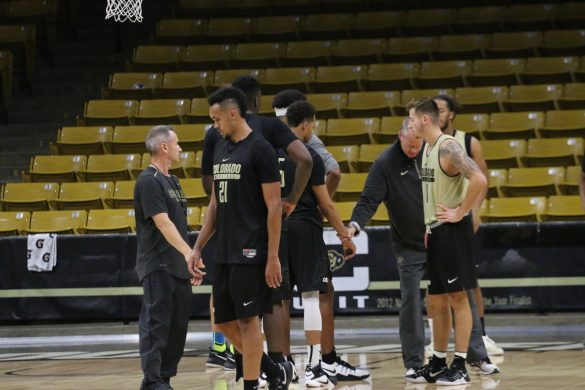 “[Josh] is gone,” King said. “He was a big leader for us for four years, and so now we’ve got some fifth year guys [in] Wesley Gordon and Xavier Johnson and Josh Fortune. That doesn’t mean that we have to be leaders. The freshmen can be leaders in different roles; a vocal leader, a leader just doing your job, a lot of different things. As the days go by we find out who that is.”

Boyle and King both seemed to be on the same page in the sense that only time will truly tell what this team is capable of and who will emerge as a leader this season.

Freshman guard Bryce Peters was also in agreement about the Buffaloes’ need to improve on defense.

“Last year I watched every game that was on TV and defensively, compared to last season, we need to step up,” the 6-foot-4 force from La Puente, Calif. said.

“[Our] offense I think is coming along pretty good right now, but [on] defense we need to be a bit more intact,” said Fortune.

The Buffaloes open up their season Friday, Nov. 11 at home vs. Sacramento State.

“This league is no joke and the margin for error is very thin,” Boyle said. “Little things make a difference and right now we’ve got a lot of little things that aren’t being taken care of that we need to get better at.”