At the heart of the black bears versus humans conflict, a controversial bill

On May 4, 2014, in Manitou Springs, Colorado, a female black bear and her three cubs were captured by Colorado Parks and Wildlife to be relocated away from a rural home. Due to an injury from a tranquilizer gun, one of the bear cubs did not survive. This common type of bear sighting is part of the growing problem known as the human-bear conflict.

The Colorado Legislature recently considered HB 16-1220, a bill entitled “Black Bear Hunting Season,” which was sponsored by Colorado Representatives Yeulin Willett of Grand Junction, a Republican, and Democrat Ed Vigil of Alamosa. The bill proposes extending the bear hunting season through the month of August.

Black bears have been roaming Colorado’s wilderness for longer than humans, but they have not become a problem for humans until more recently. Known for their shyness around humans, black bears typically only show aggression when provoked. Humans expanding into bear habitats through land development has led to more human-bear conflicts, but rarely death. Only 61 people have been killed by black bears across North America since 1900.

On the other hand, 353 bears have been euthanized since 2013 after failing the two-strike policy implemented by the Colorado Parks and Wildlife — black bears can only be spotted in close proximity to humans twice before they are euthanized. On Tuesday, Sept. 1, 2015, a man shot and killed two bear cubs after he allegedly spotted them rummaging through his trash. The incident left the mother in extreme emotional distress for over 15 hours. Residents had to avoid the area to prevent causing her further trauma.

Another incident occurred on Sept. 18, when a female black bear and her cubs appeared in Boulder. The family made its appearance near 21st Street and it was tagged in green, indicating that the family already had one strike with CPW officials. The first time it was sighted, the family had been relocated far off into the mountains by CPW, but this time the sow was out of luck — the mother was euthanized shortly after her capture and was given the nickname “Bear no. 317,” representative of the number of bears euthanized at that point. 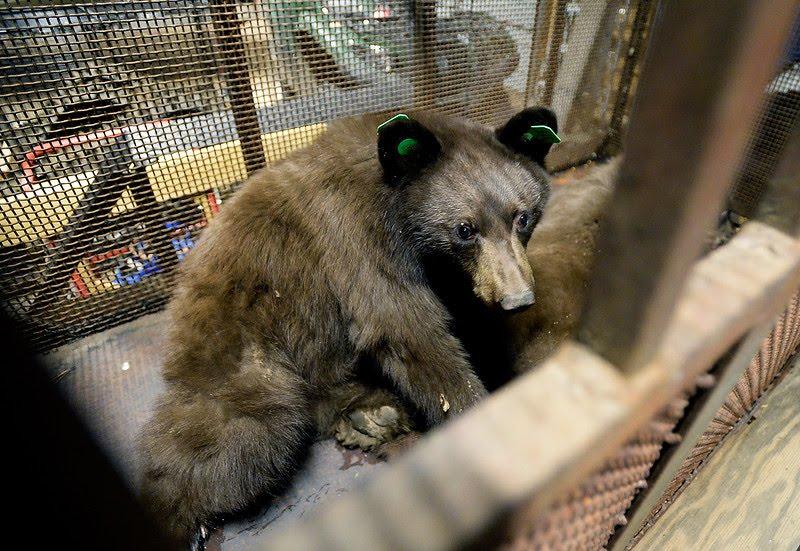 Cubs of bear no. 317 wake up in captivity, after their mother had been euthanized. (Jeremy Papasso/Boulder Daily Camera)

Willet sponsored a bill a year ago that required CPW in the Department of Natural Resources to study available tools for better management of black bear populations in order to address human-bear conflict, with the ultimate goal of increasing public safety. The division reported its findings to the relevant House and Senate committees on Dec. 31, 2015. CPW compiled a lengthy manuscript of its findings on human-bear conflict to determine the best course of action. The compilation shows that bears have a tendency to remain nuisances once they have their first human encounter, but don’t typically venture into human inhabited areas unless necessary.

In part, the increase in human-bear conflicts has been caused by long winters and droughts, which result in bears seeking out human resources. This is where the bill becomes slightly controversial — CPW proposed that implementing certain mechanisms to contain waste in rural areas could be more effective, but some legislators are still in favor of extending the hunting season, even though it was postponed indefinitely on March 28.

“Our main concern is public safety,” Willet said. “I will pursue further legislation next year.”

Vocal opponents of the bill explained that people who live near bear habitats need further education on how to take extra precautions to avoid attracting bears into human communities. This could include bear-proof trashcans, harsh discipline for those caught feeding bears, keeping houses and campgrounds tightly secured, removing bird feeders and cleaning grills.

The opponents also say that many people move to these areas without fully understanding the ramifications of not taking precautions against predators, which is the main reason that bears venture into human inhabited areas, in addition to a lack of food during harsh winters.

Brenda Lee, founder of the Boulder Bear Coalition, spends time each week cleaning up trash on the Hill, where students often neglect to properly use bear-proof trash disposal mechanisms, which means that bears go into alleys to rummage through garbage.

“We started investigating why bears were coming into town in the first place,” Lee said while testifying during the house committee meeting. “It quickly became apparent that trash was the reason. Those bears ended up being killed later because they were considered nuisances.”

Bob Broscheid, director of the Division of Wildlife, noted that bears are cautious of humans and typically migrate into towns when they cannot find enough sustenance in the hills. Broscheid said that harvest methods alone will not be the solution. He also said that humans are a huge part of the problem.

“We actually arrested a woman last year for illegally feeding bears nine times,” Broscheid said, “and it was putting the community at risk.”

In regard to his stance on taking a different route instead of extending hunting season, Willett is hesitant to clamp down with absolute authority.

“I am not opposed to the other management strategies,” Willett said. “However, I avoid interfering with local control, and it is up to each area to implement those mechanisms.”

But the problem continues to lie in the close proximity of human and bear habitats.

Even if the hunting season were to be extended, there is no guarantee that the so-called “problem bears” would be the victims of the prolonged bear hunt. CPW has protocol in place to address problem bears, which includes relocating and euthanizing aggressive bears with a two-strike policy. In addition, CPW has mapped out areas where rates of human-bear conflict are higher. ?

Black bears also cause agricultural losses each year, whether that means loss of livestock or damage to crop fields. As long as there are black bears and ranchers in the same area, this will continue to happen. Extending the hunting season by one month might not reduce the bear population enough to cut agricultural losses significantly. This will not reduce the compensation spending of CPW, which is currently at about $570,960 for bears alone.

Regulations have not yet been implemented for ranchers to more adequately contain their livestock and crops against bears. There are methods available, such as electric fences, repellents, scare tactics and trapping. In most western states, ranchers are legally allowed to kill bears that are presenting a threat to their lives, their livestock or their property. If ranchers experience property damage, they can apply for reimbursements from the state.

The hunting licenses granted from 1979 through 2013 have increased substantially, from just under 11,000 to over 17,000, respectively — that’s about one hunting license per bear. The bear population has been steadily declining since 2011 due to the management efforts of the CPW, while they also continue to push for education on how to peacefully co-exist with bears.

Data shows that the human-bear conflict primarily results from an increase in human population, which is a problem as the human population continues to rapidly increase. The human population grew from 2.9 million to 5 million from 1990 to 2010, and is expected to surpass 7.1 million by 2040 in Colorado, with much of the development into areas heavily populated with bears.

Given the complex intertwining of the living situations of humans and bears, and the disagreement between the factions spearheading the decision-making, the future of human-bear conflict remains to be seen. 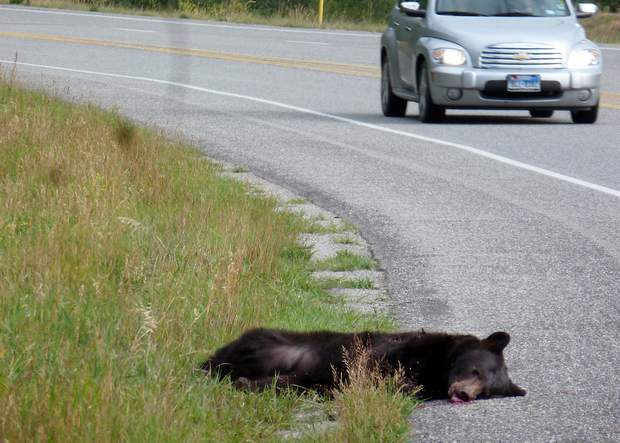 Black Bear ventures into Durango after a lack of food during a harsh winter and was hit by a car. (Bear Smart Durango 2012)