The crowd full of Steve Wozniak enthusiasts lumbered into Macky’s magnificent auditorium and filled every seat in the house for the 68th annual Conference on World Affairs keynote on Tuesday night. Each “Woz” fanatic, ranging from undergraduates to senior citizens, awaited his presence on the historical stage, set up with three chairs, a table and a podium. Wozniak was comically and formally introduced for his time spent at the University of Colorado and the encouragement and technology he has since provided for the university.

Wozniak’s current chief career focus is on technology in education and its magnitude in our ever-changing society. He took a leave from Apple to pursue his teaching career at a primary school, where he provided computers and internet for the area. For Wozniak, taking time out of the day to pursue aspirations is imperative for success, and technology can be a vehicle for these aspirations. Wozniak believes that primary school children are limited in their learning opportunities because they are not provided with variety; rather, they are expected to go through the motions without being given the opportunity to engage in an education better tailored to the individual.

Given Wozniak’s current focus, it’s clear that Steve Jobs and Wozniak had different purposes in mind when they created Apple’s technology; Jobs was looking to make a simple computer that he and anyone else could easily use use, while Wozniak believed the computer to be an invaluable tool for students in pursuit of the type of education tailored to their needs.

Wozniak’s expertise isn’t limited to technology and education; in response to a question regarding the dynamics of the relationship between technology and the environment, Wozniak explained that each subpart of a product is what amounts to the pollution. This means that how we produce energy is what will save the environment. To put this into perspective, Wozniak equated a car worth $100,000 to $100,000 worth of pollution and energy.

In response to a question regarding how to encourage girls to go into computer science and engineering, Wozniak talked about his experience at the University of California Berkeley where a large population of his peers were from Southeast Asia where the gender ratio in the engineering field was about 50/50 at the time. According to Wozniak, too many women in the U.S. are held back from male-dominated occupations, and this is a problem we need to address.

As for what legacy he wants to leave behind, Wozniak said that he wants to be remembered for being a nice person, a mentor and always willing to help others. 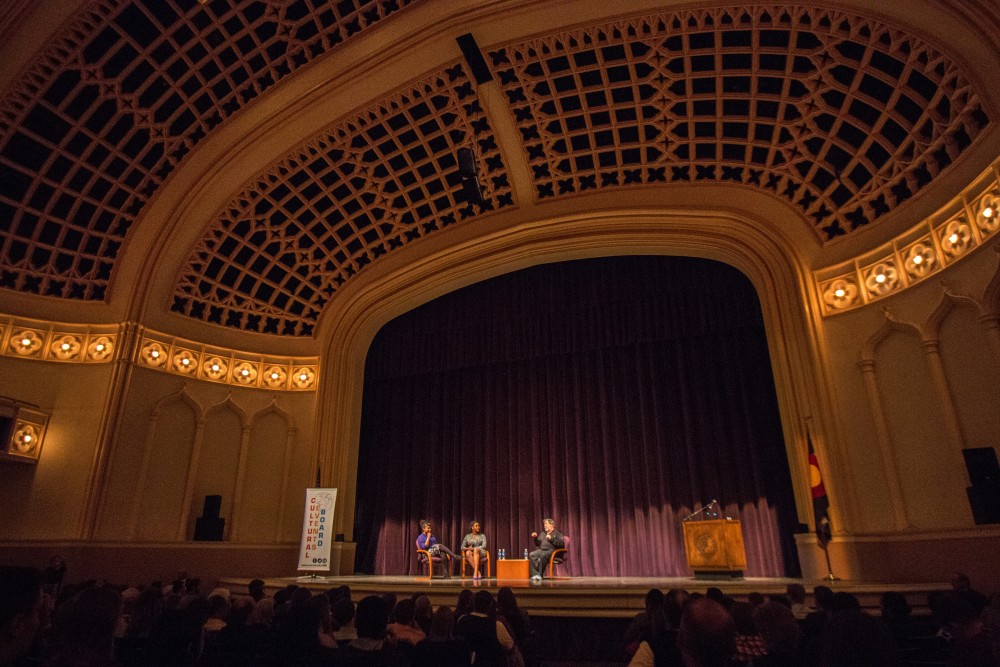