After going down by 21 points late in the second half, all hope seemed to be lost for Colorado against Arizona on Thursday afternoon. Au contraire. In the second half, the Buffaloes scored 58 points to pull within two points with three seconds left on the clock, but couldn’t get the job done as the Wildcats went on to win, 82-78.

“Obviously, we’re extremely disappointed,” head coach Tad Boyle said. “We came here to win this tournament. We felt like we were in a good place mentally and physically to do that, and we came up short tonight. It was a tale of two halves. I thought Arizona obviously outplayed us convincingly in the first half. That’s where we kind of lost the game, if you will.”

Fifty-eight points in the second half. Let that sink in for a minute. If ever there was a loss to be proud of, it was certainly this one.

“The one thing about our team is there’s no give up,” Boyle said. “We’ve got tremendous fight, tremendous resolve, and I’m really proud of the comeback that we staged to get ourselves back in the game.”

No matter how the game ended, Colorado surely made their case to the NCAA Tournament selection committee that they deserve a spot in this year’s big dance. The amount of fight they had to put in to destroy a 21-point deficit will undoubtedly earn a bid.

Senior forward Josh Scott had a great day, securing his 35th career double-double with 16 points and 13 rebounds. And thanks to the 22 points from sophomore guard George King and 10 from junior guard Josh Fortune, the trio gave the Buffs a fighting chance when it came down to the final seconds.

On the other side of the competition, the Wildcats shot 45.8 percent for the night (22-of-48) and hit half of their 12 three-point shots. They committed 15 turnovers to eight assists.

“It was just a tough game like it always is with Arizona,” Scott said. “They play incredibly hard. I have a lot of respect for a lot of the guys on their team.”

The Buffs got off to an incredibly rocky start, allowing the Wildcats to get an 11 points edge on them over the first five and a half minutes, 13-2. Throughout the majority of the rest of the half, it didn’t get much better than that.

The Buffaloes couldn’t hit double digits until six minutes remained in the half, meanwhile Arizona kept putting salt on the wound. They led by as many as 21 points, 37-16, with two minutes remaining.

By halftime, the Buffaloes cut back the lead to 37-20, but they were still hurting.

For the half, the Buffs only shot a horrendous 25.8 percent from the field and made none of their six three-point attempts, whereas the Wildcats hit 48.4 percent from the floor and 62.5 percent (5-of-8) from deep. Scott had half of CU’s points.

But the Buffs weren’t quite ready turn in their jerseys just yet. After scrapping their way through the second half, the herd cut the lead to just four points, 78-74, with 21 seconds on the clock.

“The one thing about this group of guys is they’ve shown resiliency all year long,” Boyle said. “It hasn’t always been peaches and cream for us. We’ve had some tough losses on the road, we had a tough loss at home Utah, our only loss at home.” 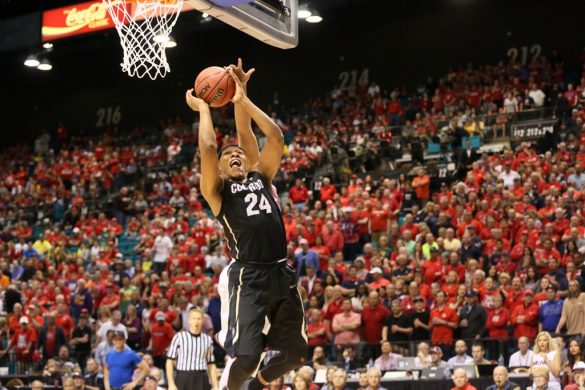 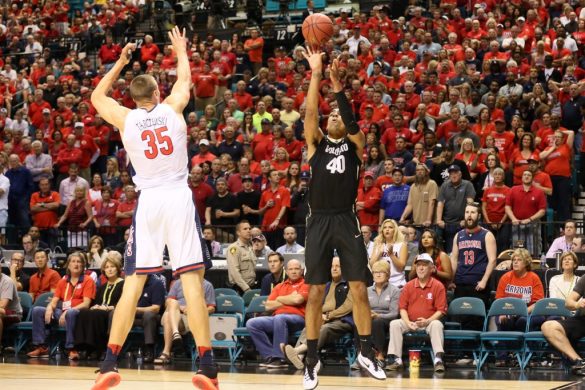 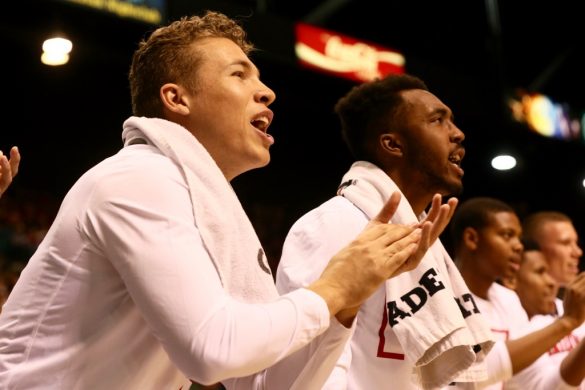 The Arizona bench erupts following a three point basket during the first half of play at the MGM Garden Arena. March 10, 2016 (Nigel Amstock/CU Independent) 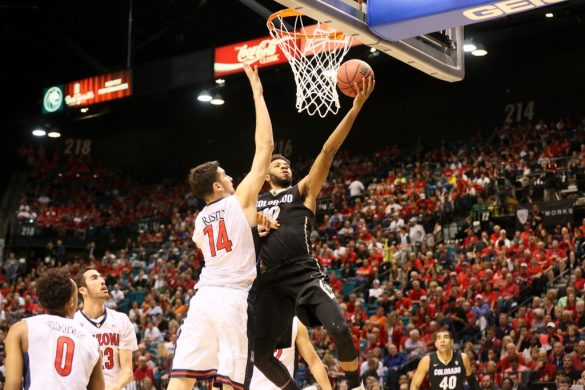 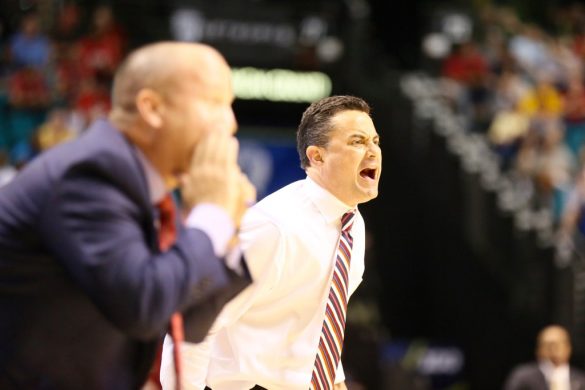 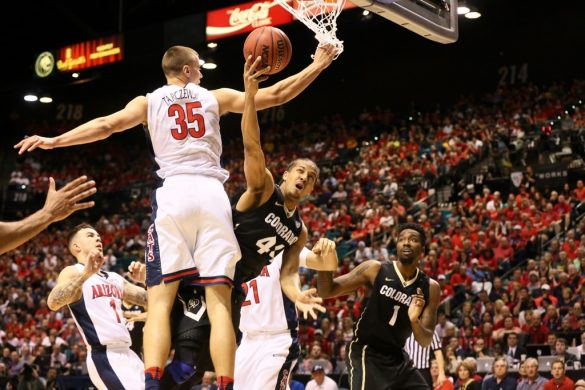 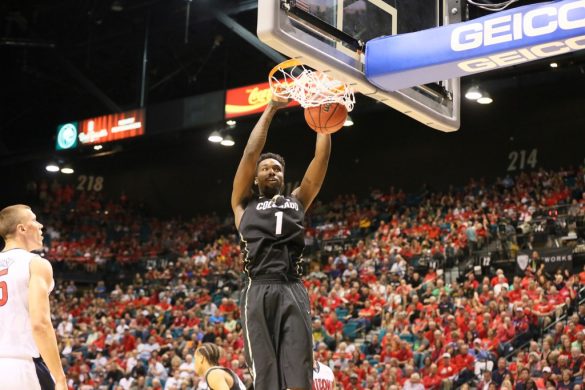 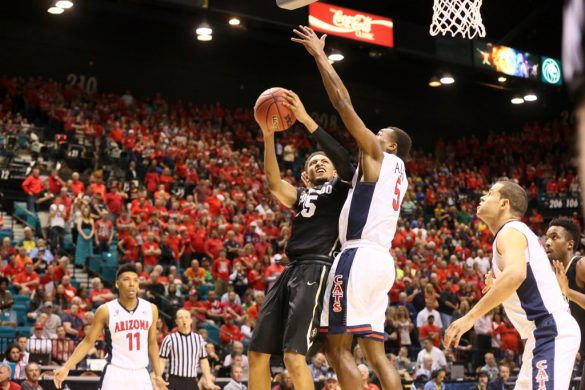 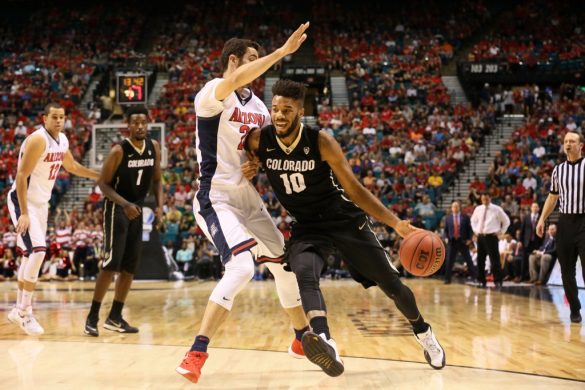 Junior Tre'Shaun Fletcher drives the ball up court during the second half of play at the MGM Garden Arena on March 10, 2016 (Nigel Amstock/CU Independent) 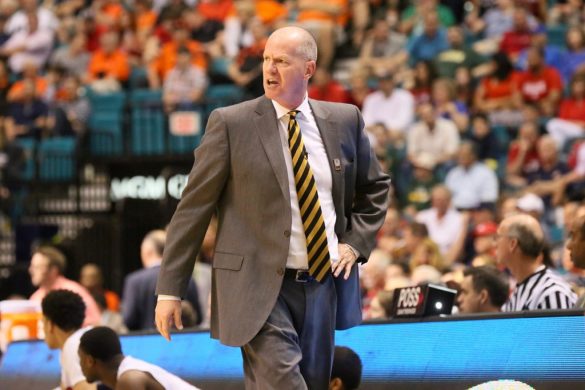 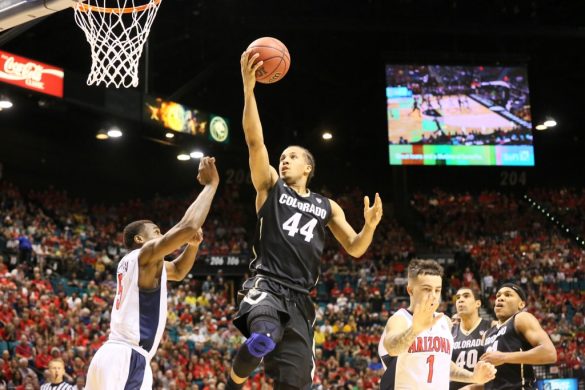 Junior guard Josh Fortune elevates the ball toward the basket midway through the second half of play against Arizona at the MGM Garden Arena on March 10, 2016. (Nigel Amstock/CU Independent) 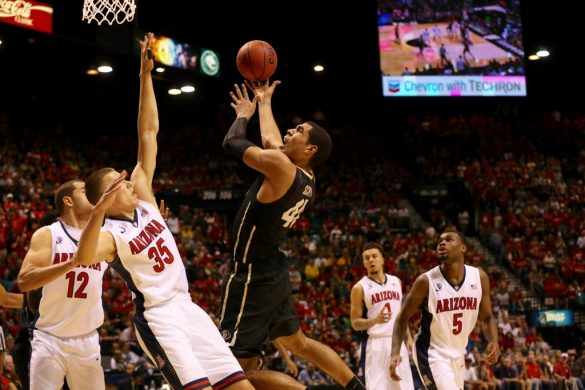 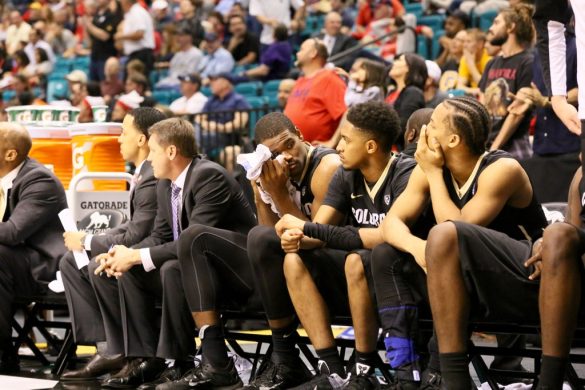 The Buff bench during the waning seconds of play at the MGM Garden Arena March 10, 2016. (Nigel Amstock/CU Independent File)