In the first game of the Pac-12 Tournament in Las Vegas, the Buffaloes made a huge statement with a 24-point win and a monster performance from sophomore guard George King, 80-56.

“It was obviously a great win for us,” head coach Tad Boyle said. “I mean obviously, the first game’s always the hardest to play. You never know as a coach if your guys are going to be ready especially in a five-twelve (seeds) game. But we came out with great intensity.”

From the start of the game, the Buffs dominated the pace and stayed relentless on defense. Once the Cougars entered the hurt locker, they never had the chance to claw their way out.

The Buffs did almost everything right. They moved the ball well, suffocated Washington State on defense and shot like the NCAA tournament team they’re destined to be this year.

After receiving a well-deserved Pac-12 Most Improved Player of the Year honor earlier this week, sophomore guard George terrorized the Cougars with 21 points, 17 of which he scored in the first half.

“It’s a great feeling, especially after being in a slump for the last couple games; a little bit of weight off my shoulders when finally one goes in and it kind of gets me going a little bit,” King said. “I won’t credit my performance to a particular jump shot but it helped for sure.”

Although he didn’t make too much of a splash on the offensive side of the things with six points, but he did match a career-high mark with five assists.

“To me, Josh Scott was so good for us tonight because he played so unselfishly. He had five assists and no turnovers,” Boyle said.

The Buffs got off to an incredibly quick start, raining 75 percent from the three with nine points in the opening minutes, which helped spark a 7-0 run to put them up by seven, 13-6, in a matter of minutes. Throughout the remainder of the first, they never let their feet off the gas pedal as they led by as much as 19, 39-20, with just under two minutes until the break.

At the half, the Buffs led 41-22. But things would get much, much worse for the Cougars in the second half.

After going down by 29 with four minutes left in the game, 75-46, the Cougars had no chance of revival before they finally fell, 80-56.

The Buffs will take on the No. 15 Arizona Wildcats on Thursday, March 10 at 3:30 p.m. mountain time at the Grand Garden Arena with the high hopes of upsetting the Sean Miller crew once more for a trip to the semifinals of the conference tournament. You can catch the game on the Pac-12 Network.

“No time to rejoice. It’s onto Arizona. We know what awaits us tomorrow,” Boyle said.

Bring on the Zona Zoo. 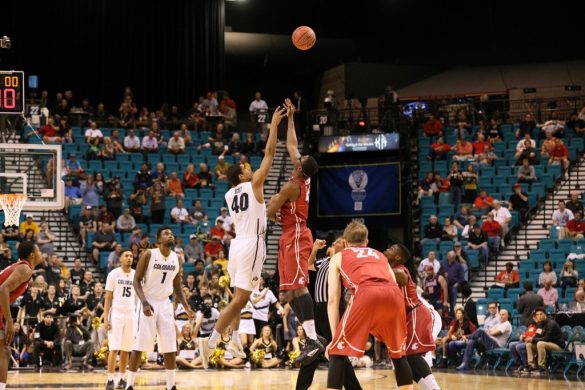 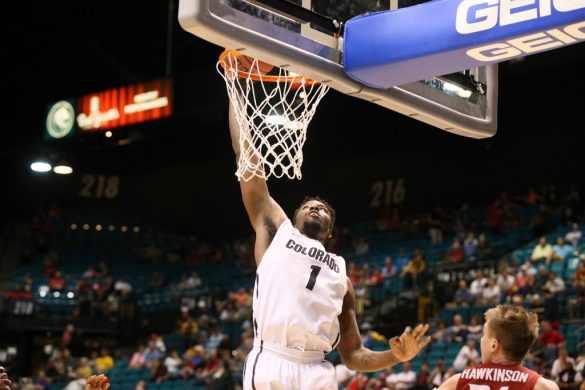 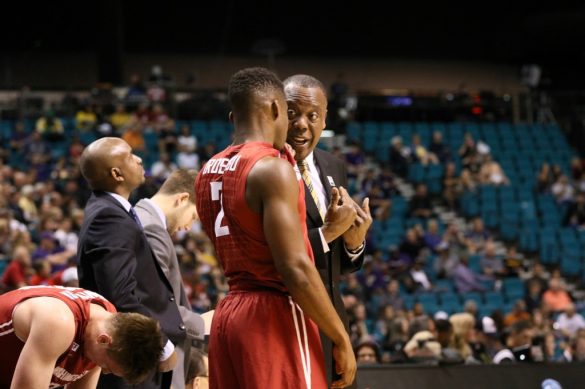 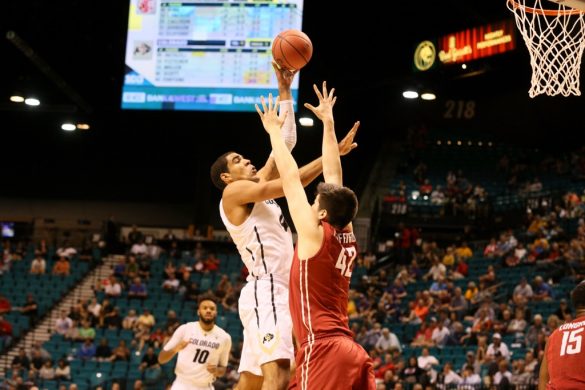 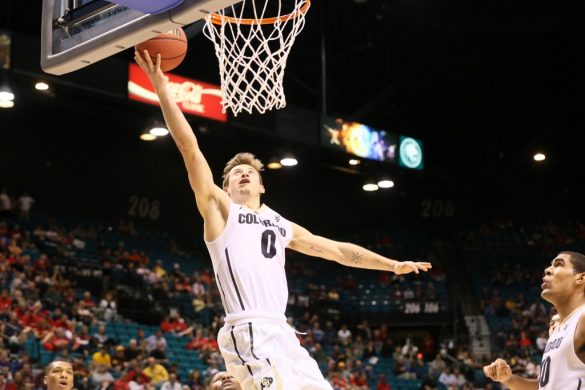 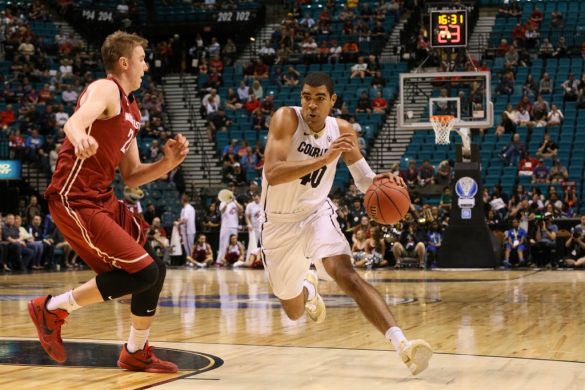 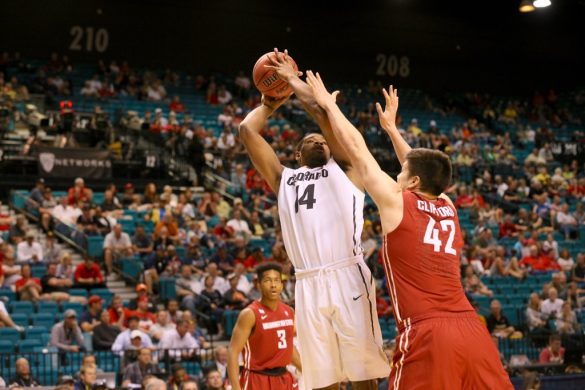 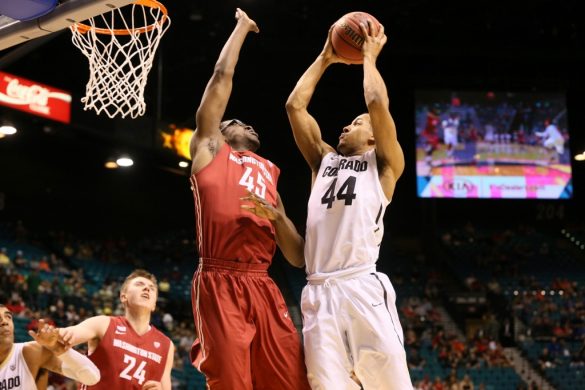 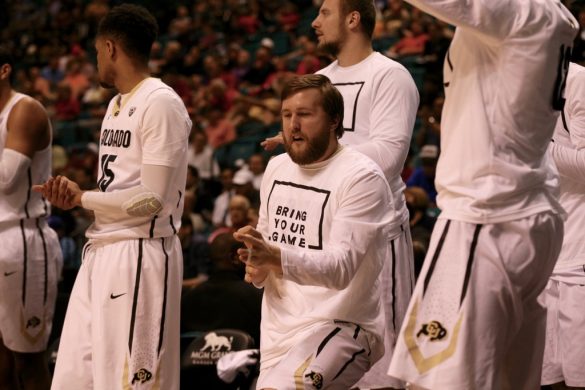 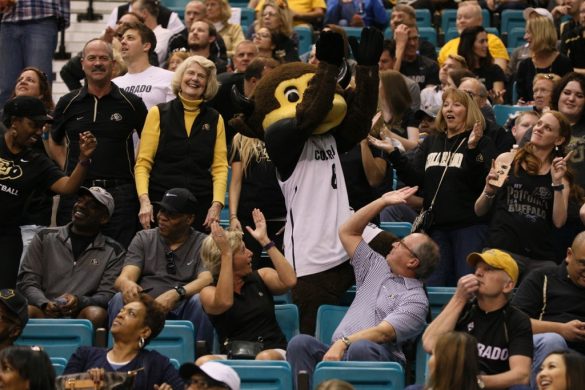 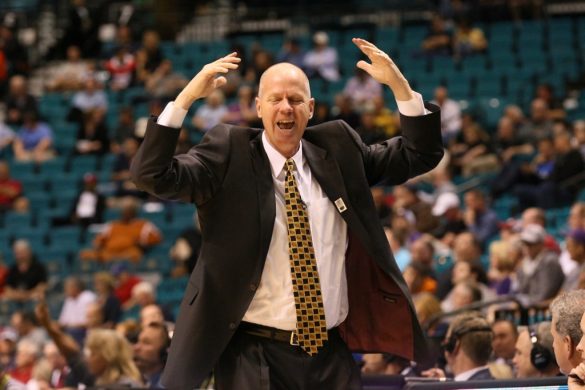 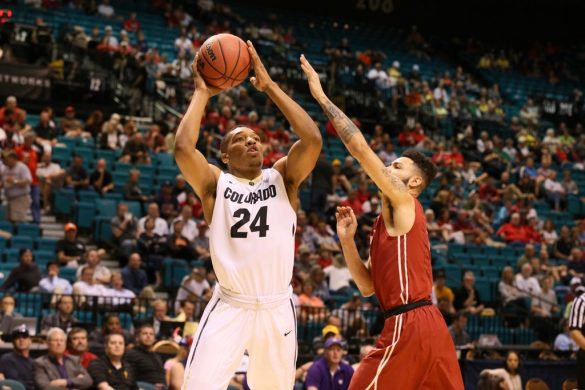 Sophomore guard George King looks to shoot the ball over a Coug defender at the MGM Garden Arena on March 9, 2016. (Nigel Amstock/CU Independent) 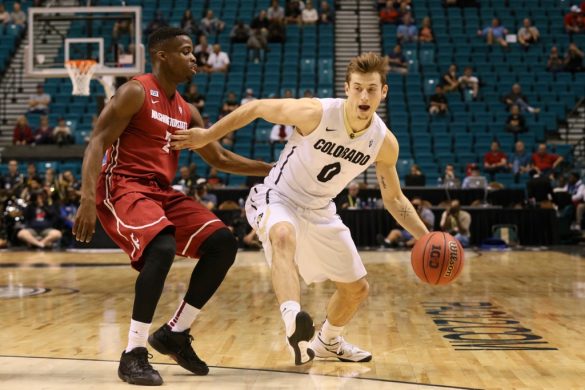 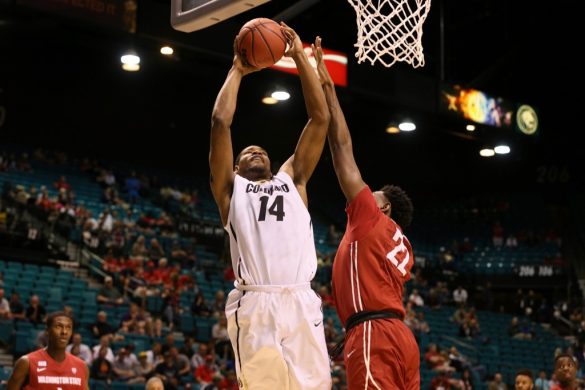 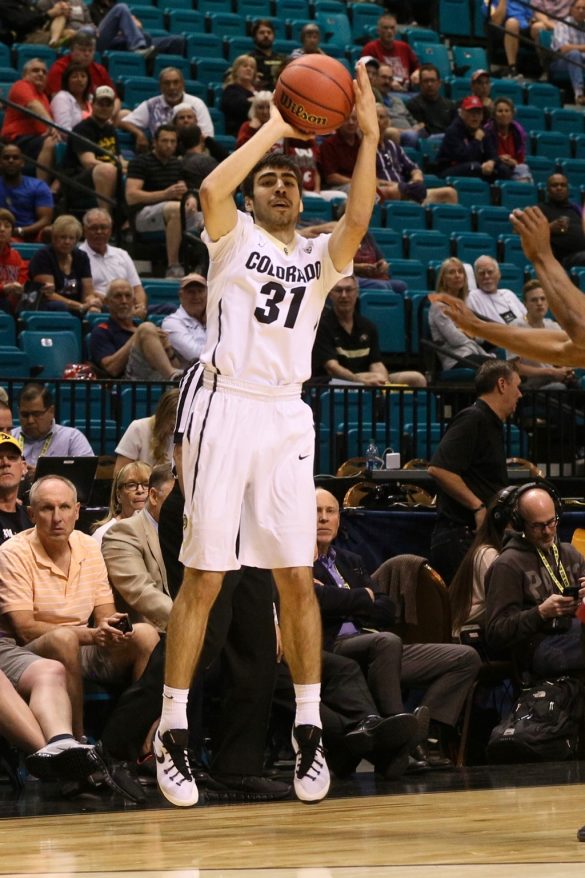 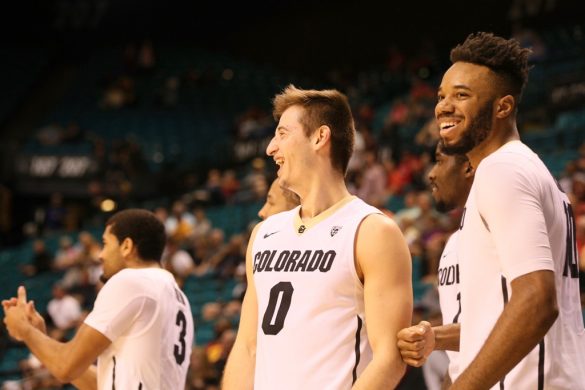