The University of Colorado women’s basketball team rematched with the Utah Utes (14-9, 6-6 Pac-12)  Sunday afternoon and despite an improved showing, lost 76-68. It was the second straight time the Buffs played Utah, and as was the case in last Thursday’s matchup in Salt Lake City, the Buffs couldn’t find a way to win Sunday in Boulder.

For much of the game, it seemed like quite the opposite would happen. Colorado played strong basketball out of the gate. The Buffs led 16-9 at the end of the first quarter and held the Utes to shooting just 28.6 percent from the field in that 10-minute span. Senior forward Jamee Swan scored half of those points herself.

From there, it was a much different picture. Utah continued to push back. They tried to even the score at the half with a strong second quarter. It wasn’t enough as the team fell behind 32-30.

From the start of the third quarter, the Utes began to turn things around. The team shot 55.2 percent in the second half, bringing their game shooting to 50.9 percent on the day. After halftime, Colorado’s defense waned and allowed the Utes to mount their comeback.

Still, the Buffs did keep the score close for most of the game. Utah didn’t begin to pull away until the last three and a half minutes, when a three-pointer by senior wing Katie Kuklok gave the Utes a four point lead.

“It’s pretty frustrating, but I think we played really hard the first few quarters,” freshman guard Alexis Robinson said. “It’s frustrating to see it slip away like that knowing you have it right in front of you.”

As frustrating as the loss is for the players, there may be some good news to come out of it. Coors Event Center does seem to be turning into somewhat of a home-court advantage for the Buffs. Colorado won their previous game at the Keg after losing 10 straight competitions and fought hard against a team they had lost to 71-55 just three days earlier.

Junior forward Lauren Huggins also returned from injury in Sunday’s matchup. In her first game back, she scored seven points and snagged three rebounds off the bench.

“Obviously, she does a nice job of hitting the open shot, and did a pretty good job of defending,” head coach Linda Lappe said. “I thought for her first game back, after missing a couple weeks, she was a little bit better than I anticipated.”

Huggins wasn’t the only player grabbing headlines. Swan had an awesome night. She led the team in points and rebounds, with 24 and seven, respectively.

The last time a Buffs scorer had at least 20 points was when Swan dropped 28 against Wyoming on December 21.

However, Swan’s great game wasn’t enough to counter the Utes. An impressive six players scored in double digits for Utah, making it a balanced team attack. Sophomore forward Emily Potter led the Utes in scoring, with 13 points, even though she fouled out.

The loss drops the Buffs to 6-17 overall and 1-11 in conference play, which strengthens their grip on the dead last position in the Pac-12 Conference. 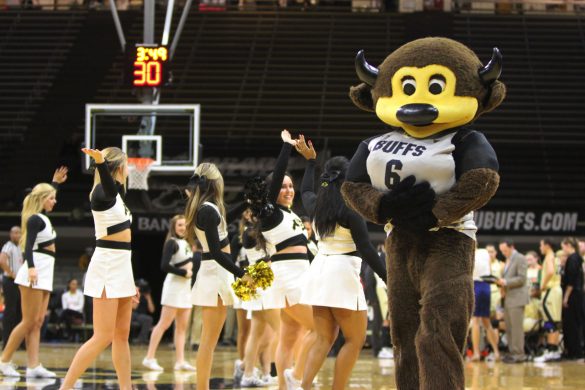 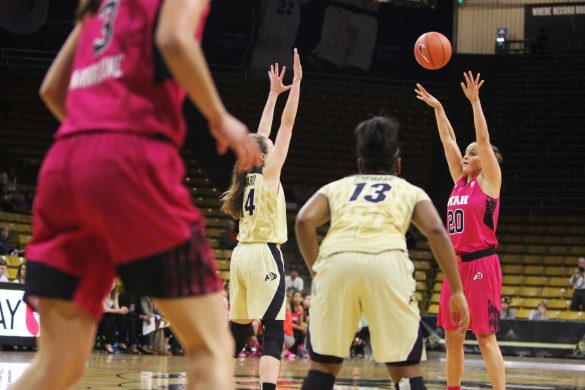 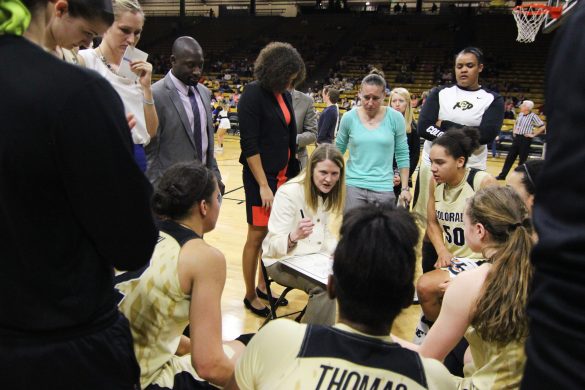