When I got the email for the March for Bernie event, nothing could stop me from going (except work, but I wasn’t scheduled, so it wasn’t a problem). On Saturday, Jan. 23, I woke up early to a springlike day in the middle of winter to drink coffee while adding “join the POLITICAL REVOLUTION” in Sharpie to the Bernie Sanders sign I picked up from his Boulder rally in October.

My fellow Bernie supporter woke up with a migraine, so I arrived alone at the Cheesman Park Pavilion in Denver, where sign-bearers gathered. I wandered through the growing congregation not knowing what to do with myself until I saw another lost-looking girl standing alone.

“Are you here by yourself?”

And so, my 6-year-old social skills introduced me to Emma, another native Coloradan, living in Denver. We ventured to where people were making signs on-the-fly and pledging to vote for Bernie at Colorado’s upcoming March 1 caucus.

The humming crowd was an all-ages party, with strollers and canes adorned in Bernie 2016 logos and patriotic accessories. A giant bunny even showed up to “get as much attention as possible.” An American flag jumpsuit hero was also present, as was a three-piece brass band to give a marching beat. Emma and I took in the scene as we chatted about studying in India, photography, our unfortunate lack of Bernie swag and, of course, the political issues we value. Emma was drawn to Bernie’s unwavering stances on the same issues he’s been advocating for since the 1970s.

One of the organizers called attention, and a sharply dressed man gave a rallying speech, highlighting his reasons for supporting Sanders. The speaker, an Iraq war veteran, touted Sanders’ opposition of the war from the beginning. , The speaker recognized the passion of the crowd, which hooted and applauded in agreement, and emphasized the importance of overturning the Citizens United v. FEC decision in order to make the campaign finance system fair. On his own experience with people resonating with Bernie, he said, “when they feel the Bern, they see the light.” The crowd went wild.

The march to the golden-domed state capitol began, with hundreds of people lining the Colfax Avenue sidewalks with bobbing signs overhead. Along the way, Emma and I serendipitously ran into Avalon, a girl she’s known since fourth grade who also happened to be in my sociology class last semester. The three of us walked along as a crazy coincidence — Avalon also happened to be with the aforementioned “Bunny” Sanders. She was excited to be there, but was disappointed by the lack of people of color. Admittedly, she was one of two people of color I noticed during the march.

I felt invigorated swarming the sidewalks of Colfax amid chants of, “Hey, hey, ho, ho, corporate greed has got to go!” Passing cars honked and people cheered out their windows in support. Others looked on as if we weren’t there. I only heard a couple “Go Trump”s whistling in the wind, but the amount of positive reaction from the cars and the bars along the way pleased me. There’s nothing like shouting “Feel the Bern” at a complete stranger and getting a zealous battle cry in response. The ardent support from the people of Denver carried us to the capitol building, where no one could decide where to settle. After circling around once, we flocked to the east side, where everyone was given an open mic to address the crowd. A megaphone would have been a good idea at this point.

I ended my March for Bernie experience standing on the corner of Grant Street and Colfax. I wielded my small sign in the sea of pickets and fists. A chorus of car horns and the harmonious whoops and calls rang out from the sidewalk to the street. I felt a sudden swell of pride in participating in this historic day. Avidly exercising your rights feels fantastic. 35 major cities nationwide marched on Saturday for a single man. Thousands of people turned out all over the country to support Sanders and all the things he embodies. The rallies really speak to a rolling movement for political revolution and social change. Even among the couple hundred people present at the capitol, I felt part of something much bigger, much more unified — and on a personal level, I felt empowered. 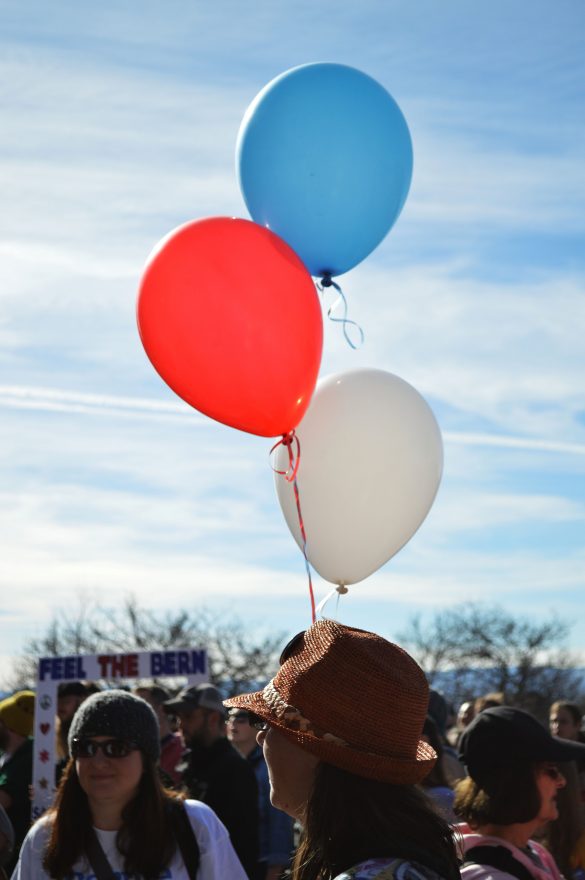 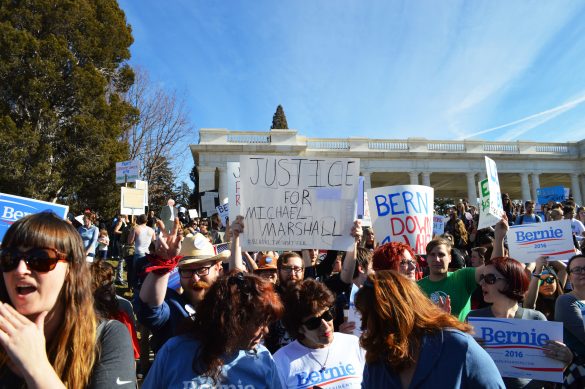 Sanders supporters at the "March for Bernie" in Denver, Colorado on Saturday, Jan. 23, 2016. Similar marches took place in cities across the nation. (Sarah Farley/CU Independent) 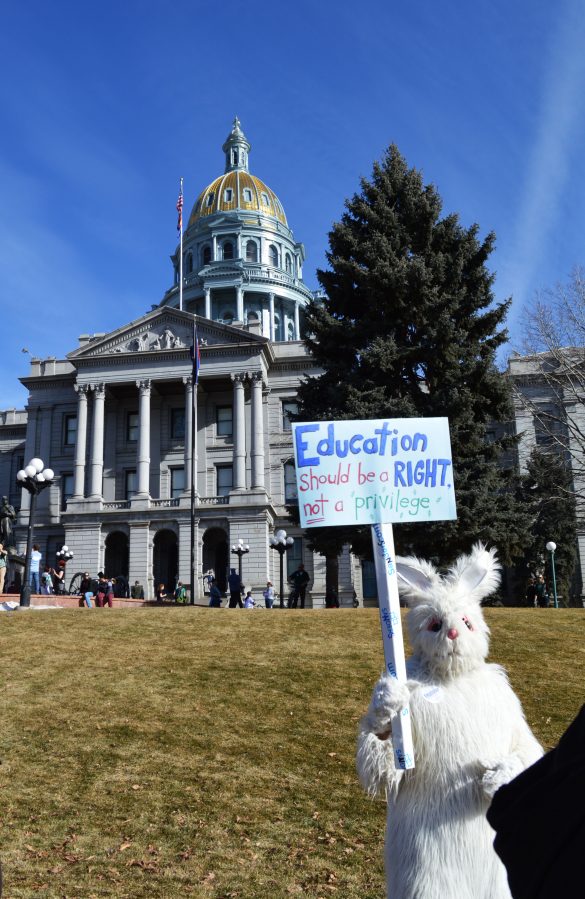