Buffs dominate in victory over Lumberjacks

The University of Colorado women’s basketball team pulled off a commanding victory over the Northern Arizona Lumberjacks, winning 90-66 Wednesday night. Colorado now stands at 4-4 on the season.

When the Buffs started the game, the players were a bit different than usual. Between the five starters, there were only 16 total starts this season going into the game. By the time they left the floor, the results had changed too.

“I felt that the players we started, they had been doing a great job in practice, and we felt like we hadn’t had a lot of great starts in the past,” head coach Linda Lappe said. “It doesn’t really matter who starts. We love to have firepower coming off the bench.”

The game saw senior forward Jamee Swan, junior forward Lauren Huggins and freshmen guard Kennedy Leonard all come off the bench. It was the first time this season that Swan and Leonard did not start. Suffice it to say, it seems like this strategy worked. Each of these players finished in double digit scoring, 14, 12 and 10 respectively.

The Buffs also had two other players finishing with at least 10 points. Leading the way was junior forward Haley Smith with 18. She also had seven rebounds and two assists.

The offensive output helped tip the scale in Colorado’s favor. Northern Arizona had shooting issues in the first half, making nine shots out of 38. This led to a 12-point Buffalo lead going into halftime. Colorado had 38 points at the half, a large improvement after its last game against Long Beach State where it scrapped together a final score of 42.

Sophomore guard Brecca Thomas started the game. She helped build the halftime lead after catching fire in the first half. At halftime, she had 10 points and four assists, including a perfect 3-3 from the field, sinking 2-2 from deep; she also drained 2-2 at the line. Once the game ended, Thomas had 12 points, five assists and a steal.

Down but not out, the Lumberjacks came charging back in the second half. After scoring 26 points in the first half, Northern Arizona scored 23 in the third quarter, backed up by 8-13 shooting.

Leading the charge for the Lumberjacks was freshmen center Alyssa Rader. She finished the night with 27 points, 10 rebounds, two assists and a steal.

Colorado countered with 25 of their own points in the third, putting down the potential for a comeback. The Buffs had a 14-point lead going into the final period.

Northern Arizona cooled off in the fourth, scoring 17. Colorado had 27, amassing 90 total points and a 24-point win.

“It makes it really fun,” Lappe said about a balanced team win. “I don’t feel like we had a lot of fun the last couple games that we’ve played. I know we didn’t. No one had fun in the last one.”

The Buffs will look to claim a winning record this Saturday against undefeated Missouri (9-0). Tip-off is scheduled for 1:30 p.m. (MST) at the Coors Events Center. 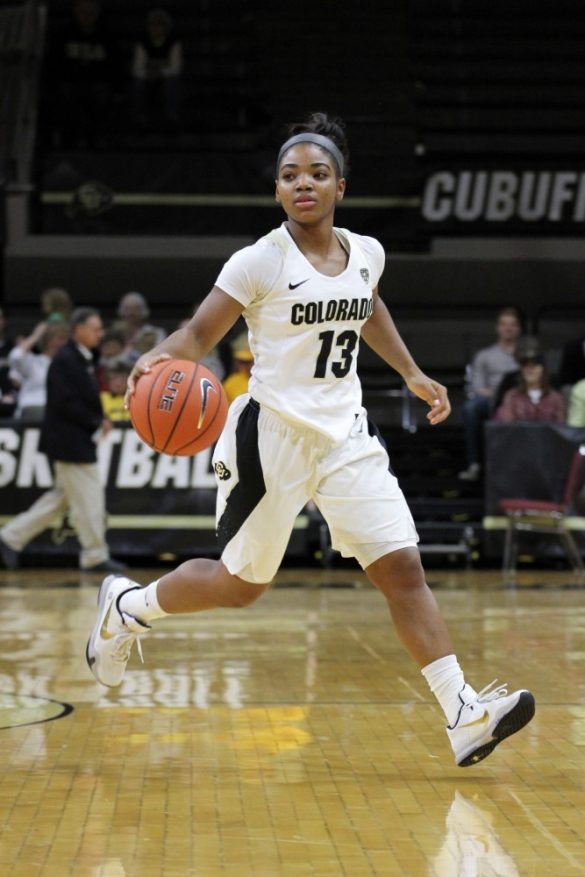 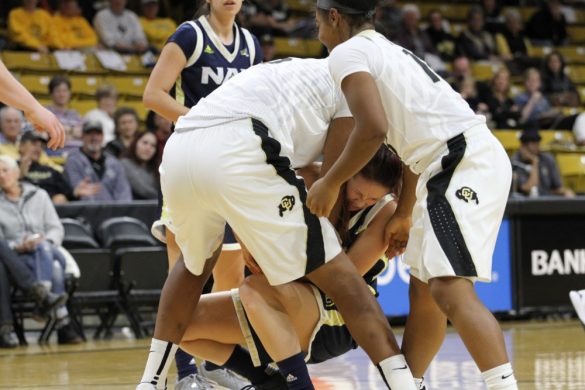 A NAU player struggles to keep possession against the Buffs in the Coors Events Center on Dec. 9, 2015. (Will McKay/CU Independent) 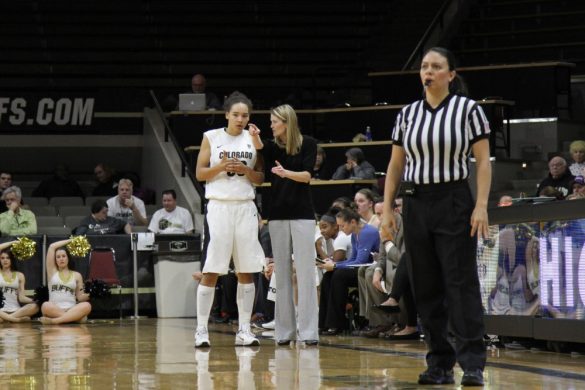 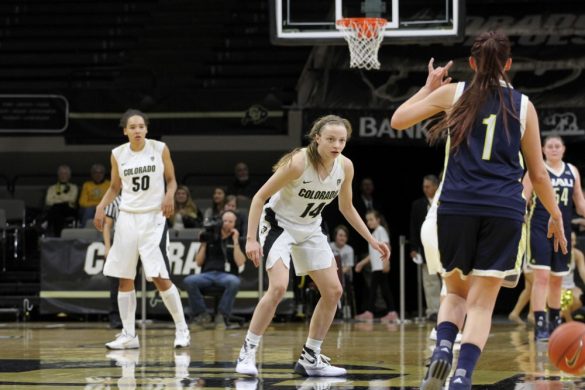 Freshman Kennedy Leonard anticipates a drive up court during the NAU game. Coors Events Center on Dec. 9, 2015. (Will McKay/CU Independent) 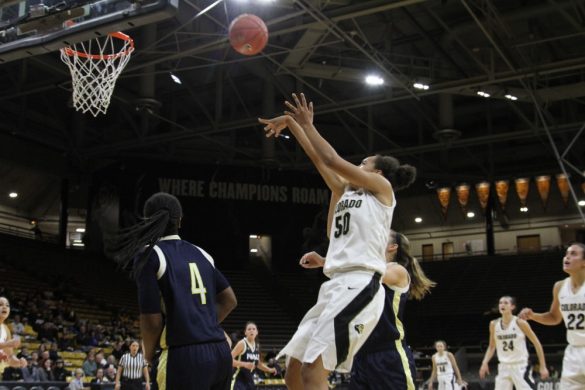 Jamee Swan (50) takes a shot at the basket against NAU in the Coors Events Center. Dec. 9, 2015. (Will McKay/CU Independent File) 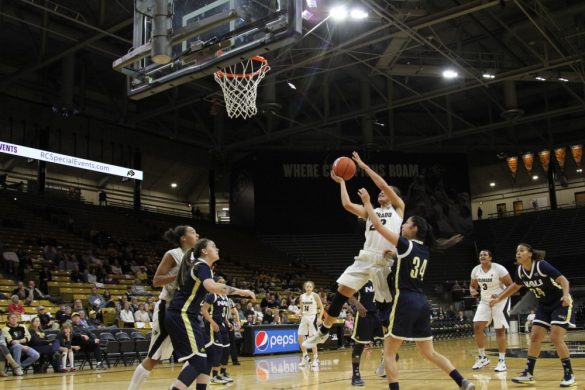