Hundreds of student and non-student protesters have descended upon the University of Colorado business field, outside the Coors Events Center to protest various causes as the republican presidential debate kicks off. What’s the message? Everything.

Signs held up by the protesters range from “Black Lives Matter,” to “End Fracking Now.” A large portion of the group hold yellow signs, which read “Youth Choose,” and various other slogans scrawled in black paint next to that message.

Police are cooperating with the protesters, having guided a large number of them in a march across campus, to the business field. Officers on the scene declined to comment on the protests.

“I’m here to represent my daughter who doesn’t get to vote in this election,” said Mark, a local man who held a sign that said “Stop Fracking.” He continued: “This election is going to effect her a lot more than it will effect anybody here.”

“I’d really rather watch the rallies than the debate,” said Alex, a second year law student standing just outside of the crowd. “I don’t anticipate there being anything earth-shattering; the setup of these debates is more for sound bites and rhetoric.” 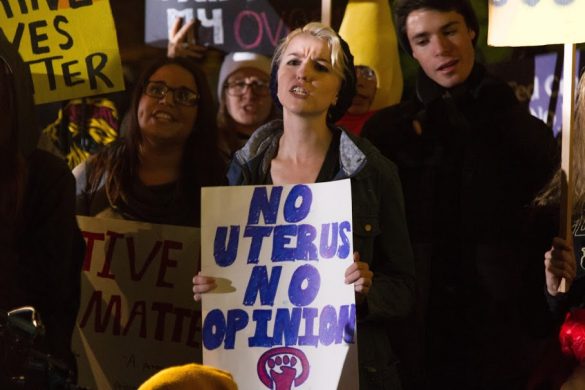 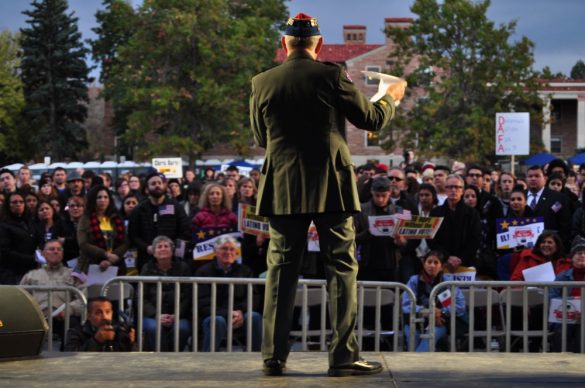 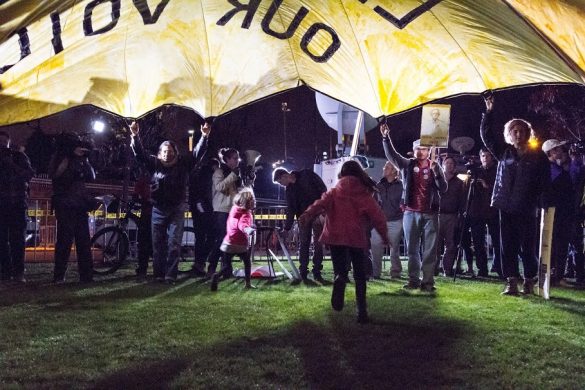 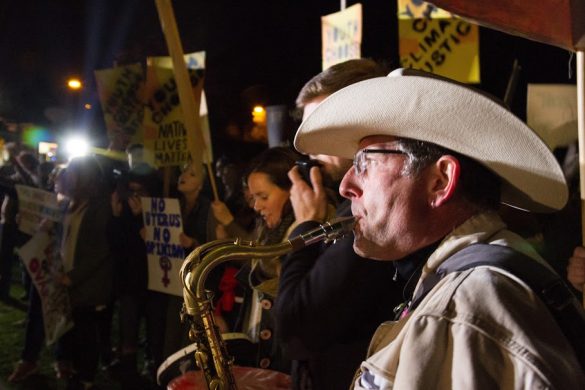 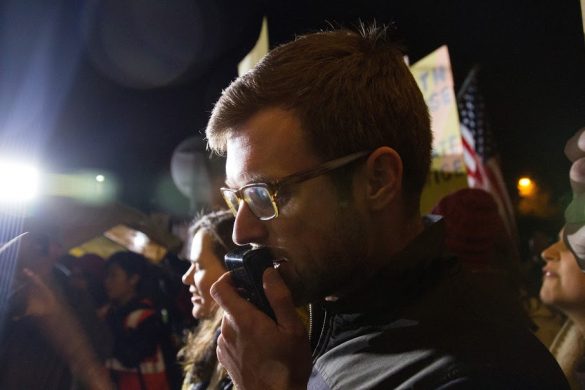 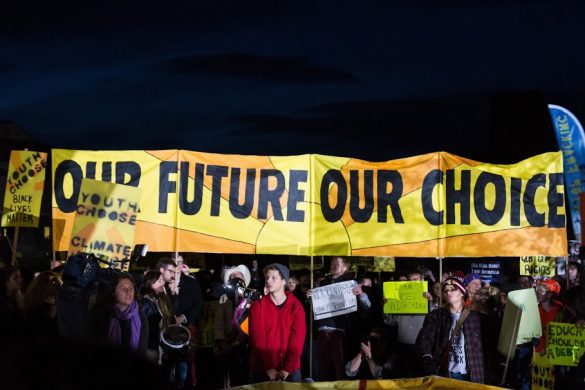 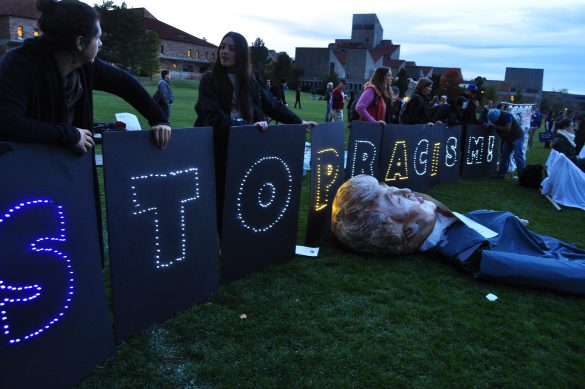 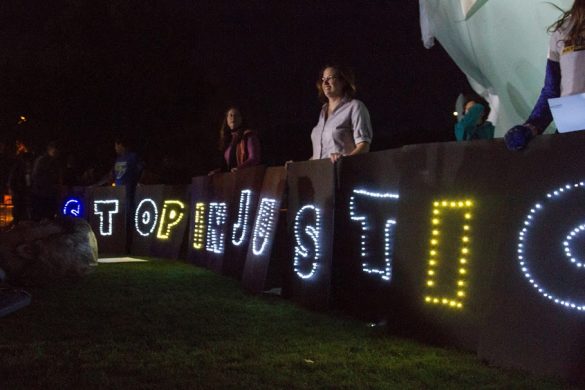 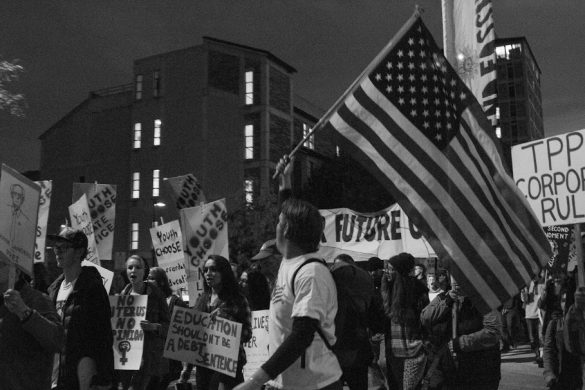 Ryan is a South African born Zambian who came to Colorado to study English at CU. Before coming to CU, Ryan spent three years as a professional cyclist, and hosted an afternoon chat show on Zambian national radio station, Radio Phoenix.