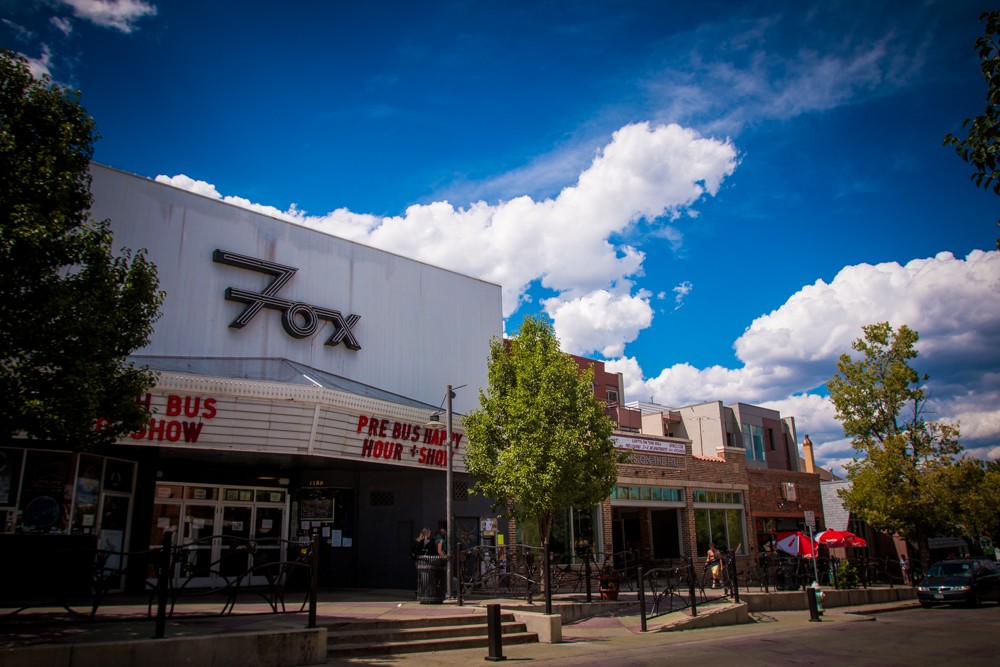 The marquee of the Fox Theater on the Hill in Boulder. (Robert Hylton/CU Independent)

On Saturday, October 3 at 8 p.m. Mason Jennings will showcase his folksy, acoustic vibe at the Fox Theatre. Since his start as a folk artist in 1997, Jennings has released 12 albums, accumulating a large and loyal fan base along the way. Some of Jennings’ most popular songs include “Fighter Girl” and “Which Way Your Heart Will Go.” Both songs take advantage of his unique voice and heartfelt lyrics to produce melodies that attract positive attention. Jennings’ sound is honest and endearing, imbuing a feeling of “home” throughout his music. As supplements to his vocals, Jennings uses a guitar, harmonica and piano in some songs. His latest album Always Been was released in November 2013, acting as a launching pad for another tour, which is sure to be a great time.

Thursday, October 1 marks the day Dweezil Zappa brings his Frank Zappa tribute band to the Boulder Theater. At 8 p.m., the tribute rock band will perform for their One Sizes Fits All 40th Anniversary Tour, bringing with them the killer guitar riffs and infectious rock vibes that permeate their sound. Dweezil Zappa, the lead musician in the band, formed Zappa Plays Zappa as a way to honor the memory of his father, Frank Zappa, who inspired many with his skilled composing and performing. The sextet musical group utilizes a range of instruments: guitar, saxophone, flute, keyboards, bass, trumpet and trombone. Dweezil Zappa’s main goal is to spread his father’s music to a much younger demographic, hopefully preserving Frank Zappa’s legacy in the process.

A band that brings together myriad musical elements, Papadosio is taking the stage at the Boulder Theater on Friday, October 2 and Saturday, October 3 at 9 p.m. This group synthesizes components like psychedelic rock, electronic music and funk to make their mark in the music world. Most of Papdosio’s content falls into the category of celestial or possibly other-worldly music, represented in song titles like “By the Light of the Stars” and “The Oracle Theme.” Not only do the song titles highlight the uniqueness of Papadosio, but their music seems to have the ability to transport listeners to another universe. The band has four full-length studio albums under their belt, underscoring the popularity of their music. Guitar, keys, drums and bass all play an important part in Papadosio’s set, in addition to vocals that are sung with the intention of spreading unity and togetherness to all who are listening.