Girl on Girl: Safe is sexy 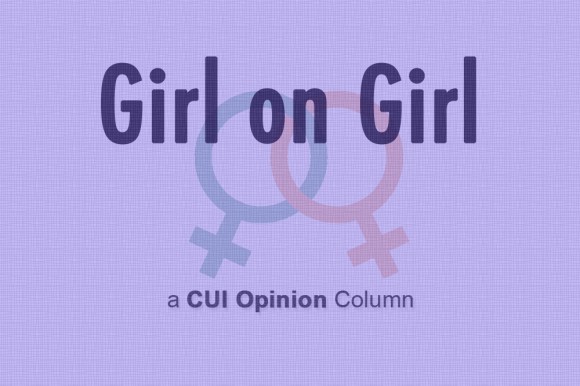 Sex can be a lot of different things. It can be shared with a partner, lover, friend, stranger, fellow party-goer or anyone else really, and each interaction is its own isolated and unique experience. Among the many facets of college life, we usually hear that sex is quite the commodity. The relationship you have with a companion is one I won’t touch on; rather, I want to discuss the commonalities of all these characters. Whoever he, she or ze is, there is an equal share of responsibility in the logistics of a sexual experience.

One of the first things you learn about safety as a kid is to look both ways before you cross the street. There are so many great things on the other side, but you don’t get there without being mindful of the cars and bikes and skateboarders in your path. Sex isn’t all that different. When we talk about it in respect to the college setting, the “fun” part of it seems to take precedence above the safety of the whole deal. It should be fun, but in order for it to be as great on the other side, we must consider the shared responsibilities of sex.

Condoms, man. Just put them on. They are in no way meant to detract from all the wonderful things that sex can be, but meant to better the experience by providing a positive safety net.

And yet, while condoms are made to bridge pleasure and protection, safety does not seem to be important enough to many young people.

I spoke with a 20-year-old female CU student (whose name will remain anonymous) who shared with me a recent experience she had with a man of the same year. “I don’t have any STDs (sexually transmitted diseases),” he said, “and you don’t seem like the kind of girl who would…so it’s fine,” he told her, insisting that they not use a condom.

I also spoke to 19-year-old male student who explained that he would “probably use a condom with a one night stand,” because he would be “too shitfaced to ask” if she were on birth control. But with consistent “friends with benefits,” he says he would not use a condom because he would know that his partner was taking care of contraception.

Another 20-year-old female student told me that she is not on the pill, engages in casual sex, and simply “doesn’t even consider using condoms.” She explained that in the heat of the (drunken) moment, it doesn’t seem necessary to stop and ask for a condom, especially if the man does not offer it.

A 21-year-old male student said that he was “taught at a young age the importance of condoms,” but does not like them because he doesn’t like “the way his hands smell after taking the latex off.”

The last female student I spoke with, who is 19, called condoms “extremely smart,” but said that she does not use them in her relationship because she is aware of her partner’s sexual history.

Despite the preferences of the individuals I spoke with, the realities of sex and safety speak louder. On average, one in four college students have an STD. According to The National College Health Assessment Survey, 54 percent of college students use condoms consistently, and only 4 percent do when engaging in oral sex. Students admit that they are less likely to have safe sex under the influence of alcohol and/or drugs.

I must admit that I used to feel as though being on the pill was enough, and that my taking it was my contribution to safe sex. If I was on the pill, I figured the condom was my partner’s responsibility. But if the consequences of an unwanted pregnancy or an STD were to become my reality, I’d only have myself to blame for assuming that my partner would have and wear a condom. Our bodies, our health and our lives can be affected by neglecting full precautions in sexual activity. Assuming that my partner will take care of the other half of the equation is unrealistic without a conversation, and even then, adequate protection can’t be guaranteed unless you’re also prepared.

A common misconception about birth control is that it is a foolproof way to protect oneself, when really, it does not exempt the importance of condoms. According to Planned Parenthood, a woman who takes her birth control pills as instructed is still at risk of getting pregnant, and even more so if she is also taking certain medications and most importantly: the pill and other female contraceptives do not protect against sexually transmitted infections.

A common misbelief about STDs is their visibility. Many do not feel obligated to get tested for diseases or infections because their body does not give them obvious signs. The most common STD in the country is Human Papilloma Virus, familiarly known as HPV, which seldom has visible symptoms, but can cause genital warts and cervical cancer if left untreated. Another hot one is Herpes—which is commonly believed to only be infectious when a person is having a breakout, but the virus is still contractible without being seen. By practicing safe sex, one reduces the probability of getting an STD or getting pregnant.

Although women must be aware and conscious of the various forms of birth control and ways to protect themselves, men are in no way exempt from this conversation. It is on guys to provide protection as well—safety is not just a female responsibility. All sexually active people are subject to STDs and must be informed about how to protect themselves as well as their partner. While pregnancy affects the female body, it takes two to tango and that baby did not get there on its own. Men are equally responsible for engaging in safe sex, and neither gender should expect the other to take care of everything—it’s on everyone to make it happen.

I get it, our positive examples are scarce. There is not enough promoting of protection, which simply makes a good experience greater by making it safe. Rarely do we see the couples in the movies getting hot and heavy and then stopping to glove it. Asking about safety and practicing it has been advertised as awkward and ultimately unnecessary. But these hasty decisions lack respect for reality. The lack of safe sex representation should not compromise your body. The consequences are not worth it, and they must be considered.

If you are engaging in sexual activity, the consequences are your problem. You can be on the pill, off the pill, drunk, sober, with your trusted partner, with a random hook up—whatever, it’s still your problem. Or better yet, still your concern. The problem can be averted if you choose to protect yourself.

Just ask. “Have you been tested for STDs?” “When were you last tested?” “Are you using some form of birth control?” “Do you use it regularly?” And even, “Are you allergic to latex?” Because they’ve even got alternatives for that! However you choose to engage in sex, be sure that your decision is informed. It’s a small conversation away, and you are worth it.

Sex is awesome, you are awesome and being safe is really awesome, especially when it means keeping that awesome you intact—after all, you only get one body and one life. The resources are available. Use them. Value yourself. Protect yourself. Be sexy, feel sexy and practice sex safely.