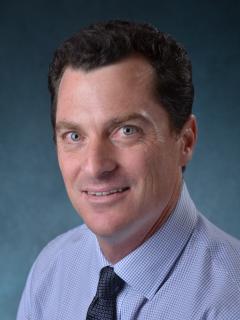 (Photo courtesy of University of Colorado at Boulder, School of Education)

Derek Briggs, chair of the research and methodology program, was recognized as one of the nation’s top 200 university-based scholars who has “most substantially” contributed “to public debates about education.”

In many ways, the distinction’s been years in the making.

In the late 1980s—when Briggs attended high school in California—legislation restricted the use of property taxes to fund schools.

“There were a lot of cut backs, and my teachers were on strike my senior year,” Briggs said. “I couldn’t fathom that my teachers were going on strike, and it was very disruptive. I went to a school board meeting and I did what a high school student could do—I gave a little speech to the members of the school board. They just looked at me very dismissively, like I had really no idea what was going on.”

He said he remembers the response of the board as being very patronizing, motivating not only his pursuit of education, but also the reform of it.

“I remember thinking to myself, ‘One day I’m going to be in a position where no one can look at me that way. I’m going to come in and know what I’m taking about.'”

Following the board’s dismissal of the young Briggs, he has spent most of his adult life researching ways to hold educators more accountable, as well as ways to adeptly assess student growth.

Briggs’ 11-year-old son, who has been diagnosed with autism, serves as another motivation in his quest for education reform.

In a speech given at the University of Michigan a couple years ago, Briggs addressed the issues related to the education of children with special needs.

“I used the opportunity to juxtapose student accountability with the needs of children with special needs,” he said. “Any time you can put a face on an initiative, it is very powerful for people.”

In his 2013 talk titled, “An economist, a psychometrician and a father of a special needs child walk into a school,” Briggs begins by saying that “while need for dramatic reform is an open question, we could do better.”

One route to this improvement is through teacher evaluations that focus on more thoroughly designed assessments.

This year, Colorado is transitioning to the Partnership for Assessment of Readiness for College and Careers, or PARCC assessments, which is “a group of states working together to develop a set of assessments that measure whether students are on track to be successful in college and their careers,” according to the PARCC website.

This new type of assessment is computer-based, a development Briggs sees as a double-edged sword.

“You can’t replace good teaching by having fancy applications, or apps, and programs,” he said. “You have to figure a way to make the computers work as a tool toward education and not just replace the emphasis and the role the teachers have to play.”

Briggs is currently working with teachers in Boulder to “give them the tools and resources to work in teams,” with the goal of improving student growth in the classroom.

In addition to working with CU, Briggs also works with the National Center for Research on Policy and Practice, helping to “develop and validate measures to document research use in schools, understand the conditions under which research is used and the factors that promote or inhibit research use in schools and identify and examine researcher practices that are associated with greater use of research in schools and school districts,” according to the Institute of Education Sciences’ website.

By utilizing a national survey targeting district level decision-makers, the research allows for interviews and observations that communicate what these decision- makers actually do with research.

“We know there is a gap, there is a lot of research that just sits in the ivory tower,” Briggs said.

With the growing prominence of social media in relation to the visibility of researchers and their work, Briggs said he and his colleagues are also “trying to better understand what it would take to get district level decision-makers to collaborate more with researchers, so that there is more of a seamless flow into policy and practice.”