The University of Colorado women’s soccer team has been flying high recently, tying up a string of victories that have given the team a boost of confidence ahead of their Pac-12 conference schedule. This past weekend, the Buffaloes played their final two out-of-conference matches against the Bryant University Bulldogs and the University of San Francisco Dons.

Friday’s match against Bryant (2-7) saw the Buffs win 2-0 on goals from Darcy Jerman and Brittney Stark. Jerman scored four and a half minutes into the match, netting her third of the season off of a cross that was sent in from Brooke Rice. From that moment on, the Buffs took full control of the match, holding the Bulldogs to two shots for the entire game.

84 minutes later, Brittney Stark doubled the lead, controlling a pass from Carly Bolyard inside the 18, spinning around and finishing expertly. The Bulldogs had no answer for CU, who shot the ball 19 times and had five corner kicks. Bryant, who struggled to even gain possession of the ball, never took a corner.

“I felt that our goalkeeping was good,” Sanchez said. “I thought our back four and the six players we play back there did very well.” 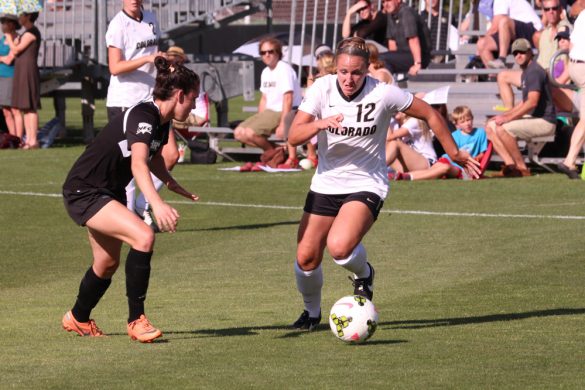 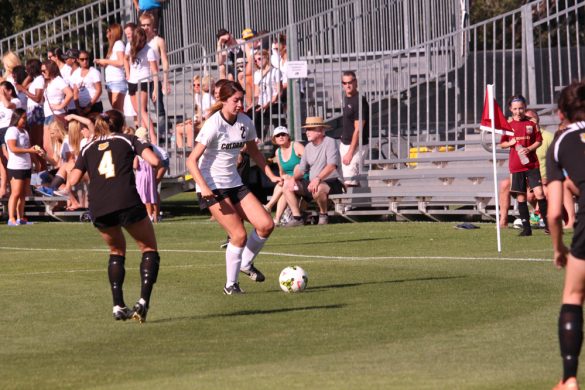 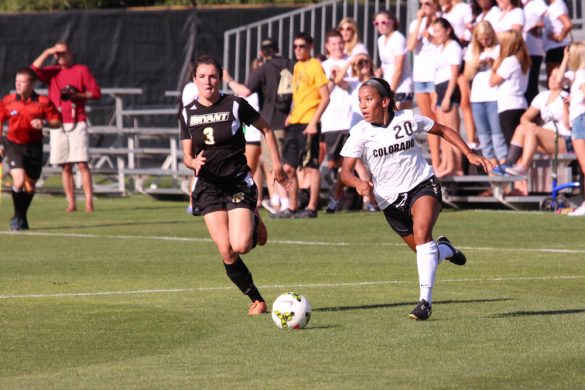 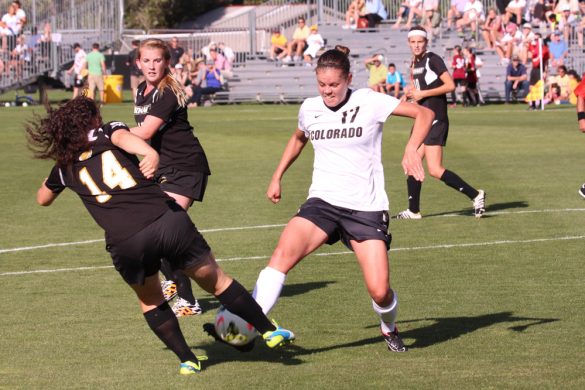 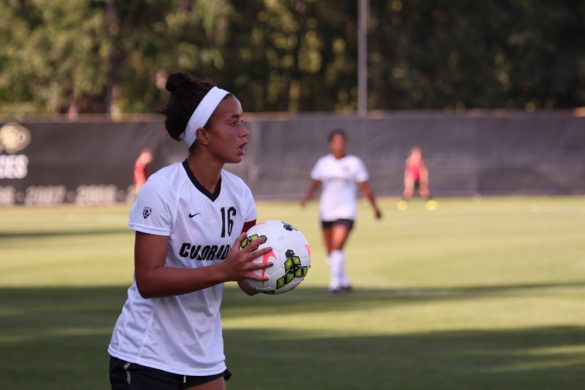 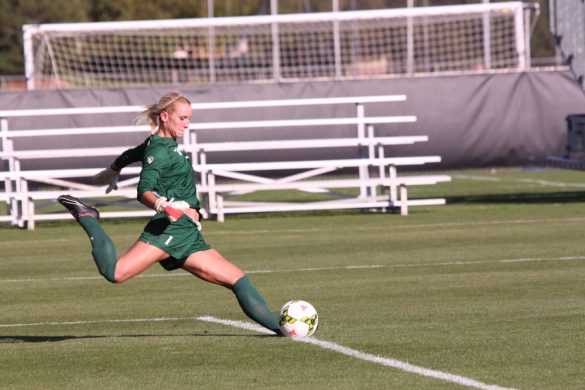 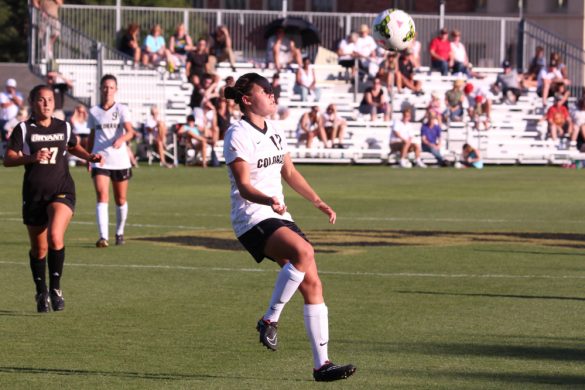 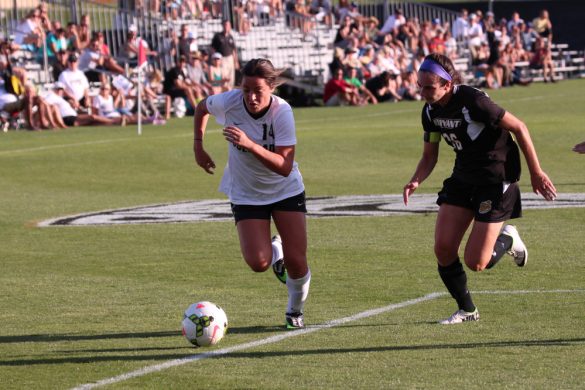 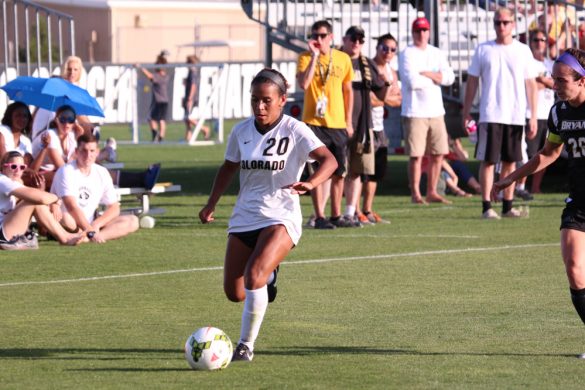 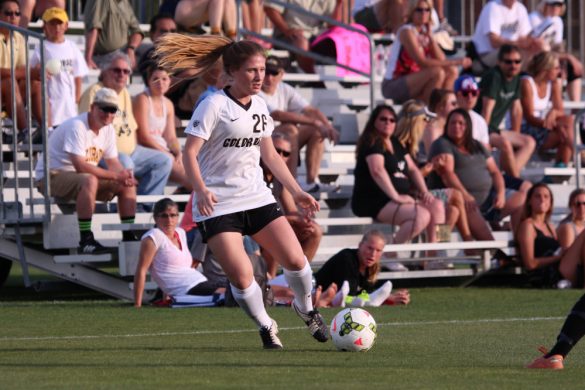 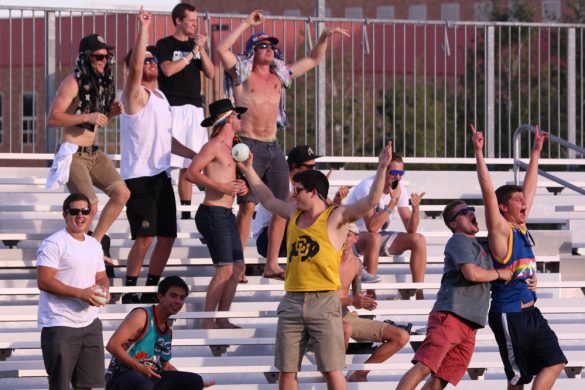 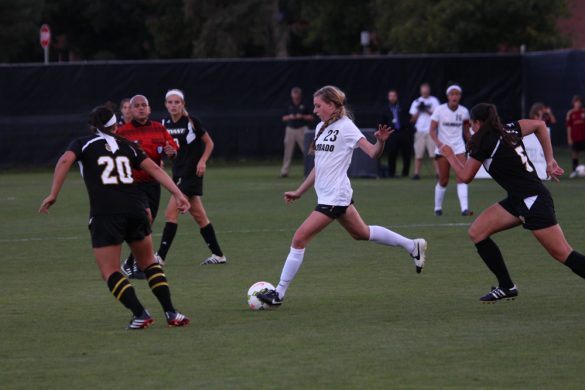 The win gave the Buffs six victories on the season, and the following home match against the University of San Francisco (4-3-2) Sunday kept their winning streak alive.

Confidence beaming, CU made it four straight games in the W column, downing the Dons 3-0. Kahlia Hogg opened her account four minutes into the match after strong build-up play by Darcy Jerman and Brie Hooks. It was Hogg’s second goal of the season, and set the tone for the rest of the game.

From that point on, the match was all Colorado. The Buffs poured it on in the second half, scoring two more goals by Brie Hooks and Emily Paxton. While the Buffs did a good job of stifling San Francisco’s chances in the second half, two diving saves by goalkeeper Kate Scheele preserved the CU shutout.

Hooks scored her third in the 48th minute, a volley off of a pass from Joss Orejel, while Paxton cleaned up a loose ball in the box 30 minutes later to bring the score to three. The three goals give CU even more confidence ahead of their Pac-12 opener against Cal next Saturday, Sept. 27. Hogg believes that while each player has to continue to improve, the team will elevate together.

“I just want to keep getting involved in the game and being an important player,” said Hogg. “At the end of the day everyone has to play well together for us to go far in Pac-12 so I want to step up and hopefully everyone else does and I think you can see us going far this season.”

CU opens up their Pac-12 season against Cal next Saturday, Sept. 27 at Prentup Field.