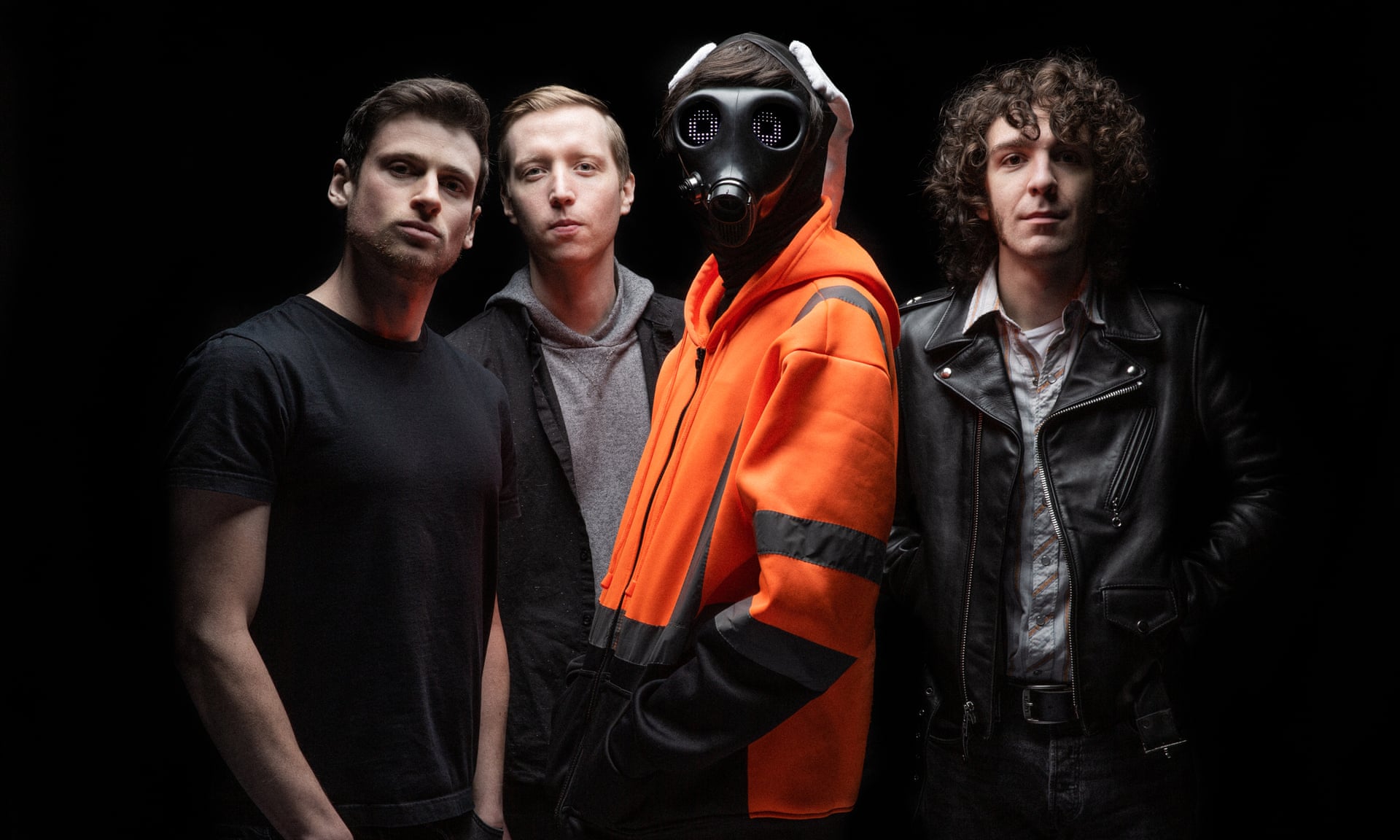 The persona of Car Seat Headrest’s lead vocalist and instrumentalist Will Toledo is all but gone. Now performing as his alter ego, Trait—a  gas-mask-clad character—Toledo turns his sights to impersonal, irreverent songwriting that latches onto the vague aesthetics of post-punk, instead of the ragged indie rock sentiment that once made Car Seat Headrest great.

“It was supposed to be an exotic alternative to reality,” he told the New York Times in a recent interview, wearing the space-age covering, seemingly doing all he could to separate himself from his roots as a mild-mannered indie rocker from Virginia.

Toledo initially drew fame releasing a steady output of raw, confessional lo-fi anthems over the last decade, culminating in 2016’s critically lauded “Teens of Denial.” For an artist known for a fuzzy and intimate brand of music, the gas-mask appearance might seem jarring. But it’s a violent, unsettling appearance fitting for his latest album, “Making a Door Less Open,” released May 1. Here, he steps back from his band’s famous indie sound and ventures more into pop, punk and even EDM territories, albeit with questionable results.

The album’s subversive aesthetic so desperately feels like it wants to be an angry reaction to something, but what that something is remains to be found. At first glance, “Making a Door Less Open” might seem that it’s trying to be a commentary on fame and celebrity status.

Toledo distances himself from the noise, having grown tired of his old songs, which often contain sprawling, detailed experiences from his teenage years, subject of tireless dissection by the music community. In 2018, Toledo blasted a Rolling Stone writer on Twitter who apparently read into his work too hard, calling the writer’s take a “weird, gross, inaccurate representation of my personal life.”

Toledo’s frustration-tinged stage fright comes forth on the album the loudest through the ’90s alt-rock “Hollywood,” an angry foot-stomper that features a half-baked rumination on fame. He sings, “You got a face that you think / Will last as long as the sphinx / But the poster’s painted over in a week if it stinks.” Unfortunately, in its violent culmination, Toledo boils down his ideas on the entertainment industrial complex, vanity and fortune. The cringe-worthy summation becomes stuck somewhere between the nerdy observations of Weezer’s “Beverly Hills” and the piercing punk energy of the White Stripes’ “Elephant.” “Hollywood” feels entirely derivative and confused about what it’s trying to be, a problem plaguing the whole project.

Toledo abandons his comfortable rock influence in tracks like “Famous” or “Deadlines (Hostile),” produced by overlaying synthesized sounds over live sessions. On these tracks, Toledo chops his vocals to give a disorienting lyrical experience over thumping EDM-trance grooves, but the result is shallow. The charming personal lyricism that defined Toledo’s old work, which he now vehemently fears, is gone. Even worse, his production skills are iffy at best, leaving a hollow product that could be anyone’s work.

This sonic endeavor was apparently a product of Toledo’s wish to compete with festival-headlining EDM-pop acts, according to his label. Why exactly an established and respected indie artist would feel compelled to go toe-to-toe with Flume or Tame Impala leaves fans scratching their heads. Because of this, the electronic segments of “Making a Door Less Open” feel less like an earnest experiment. The project feels unwarranted and unfocused with reactions to the vaguely irritating distractions that litter the whole project.

The result is a series of contradictions about who Car Seat Headrest wants to be without fully committing to anything. It reads more like a collection of singles, but at nearly 50 minutes, demands the attention of an album.

Perhaps this jarring approach reflects contemporary music discovery, where albums are cast aside by younger listeners in favor of single-track additions to playlists. But if this was the idea, the album fails again. Most of the distorted, violent songs lack enough pop power to hook casual fans in. Plus, the unfocused nature of the album does a disservice to Car Seat Headrest’s burgeoning new identity, whatever that might be.

On “Making a Door Less Open,” the gas-mask-clad persona of Trait takes the driver’s seat to create something subversive indeed, but it feels mired in trite confusion rather than promising reinvention. For a band with as much artistic clout as Car Seat Headrest, their latest album leaves us not craving, but fearing their next direction, surprising as that may be.