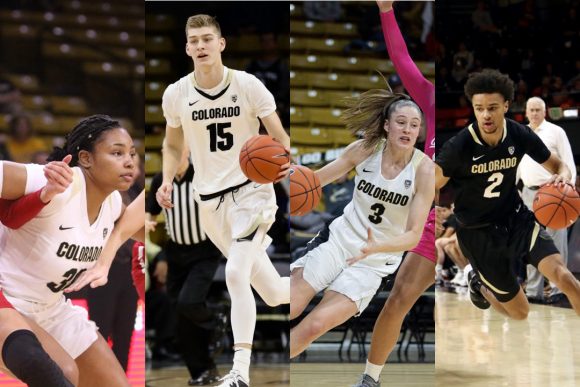 The spread of COVID-19 caused the University of Colorado’s basketball season to end prematurely. The disappointment for both teams ending their seasons with early exits in the Pac-12 tournament has carried over into the offseason with four CU basketball players entering the transfer portal. Sophomore guard Daylen Kountz and freshman forward Jakub Dombek headline the transfers from the men’s team along with sophomore guard Emma Clarke and sophomore forward Kai Volcy from the women’s team.

Dombek was the first of the men’s players to leave the team this spring. He rode the bench most of the year only playing in four games for a total of five minutes this season. He was unable to get into coach Tad Boyle’s rotation as the team garnered national attention. The freshman from Ostrava, Czech Republic showed flashes of versatility at 6-foot-11 in Get Better Academy in the Czech Republic averaging nearly a double-double, but due to the depth of Boyle’s squad this past season, Dombek failed to see any significant playing time.

Kountz announced his departure late Friday night via social media. The sophomore grew up in Denver and averaged over 23 points per game as a senior at Denver East High School. Kountz decided to stay local joining the Buffaloes for the 2018-19 season. As a freshman Kountz played himself into an important backup role for junior guard McKinley Wright IV after big contributions in the Pac-12 tournament and NIT. This year he struggled from the perimeter, shooting 15.4 percent from three and averaging only 3.0 points per game.

Kountz’s struggles from the field this season caused him to pursue a fresh start. Boyle raved about Kountz’s potential as a playmaker in the open floor, but due to the depth at shooting guard with senior Shane Gatling, junior transfer Maddox Daniels and sophomore Eli Parquet all taking advantage of their opportunities, Kountz fell to the bottom of the depth chart at that position.

The Denver-East High School alum announced his commitment to play basketball at Northern Colorado via social media on Sunday. Kountz will stay in-state and play for the Bears. The Buffs’ signing of Jabari Walker, grad transfer Jeriah Horne and Tristan Da Silva on April 15 meant Kountz’ scholarship at Colorado was officially gone, leading to his commitment to play elsewhere.

Clarke was one of the Buffs’ bright spots this season as the team ended with a record of 16-14 (5-13 Pac-12) and an early first-round loss to USC in the Pac-12 tournament. The team struggled during conference play due to the strength of the teams in the Pac-12 conference, but Clarke helped keep them competitive with her stellar perimeter play. The sophomore from Perth, Australia started 29 of the 30 games and lead the team in 3-pointers made and blocks. Clarke was the team’s third-leading scorer and her departure will leave a void for CU on both ends of the floor. She was a key piece for Colorado on both ends of the floor this past season.

Volcy is also set to leave via the transfer portal. She did not get a lot of playing time for the women’s team this year  averaging just over three minutes per game in 23 games played. The lack of playing time most likely led Volcy to look at her options elsewhere.

Even though these athletes are deciding to leave Boulder, they will always be a part of the Buff family. Their contributions helped lead the Buffs to a successful season and we thank them for representing Colorado basketball with class throughout their careers in Boulder. 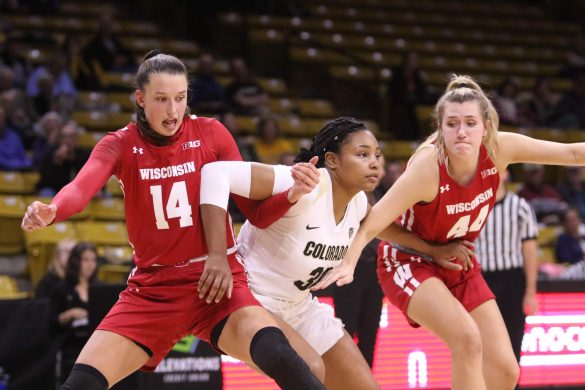 Sophomore center Kai Volcy battles against Wisconsin's Abby Laszewski and Alex Luehring for the ball during the third quarter at the Events Center on Nov. 14, 2019. (Kara Wagenknecht/CU Independent) 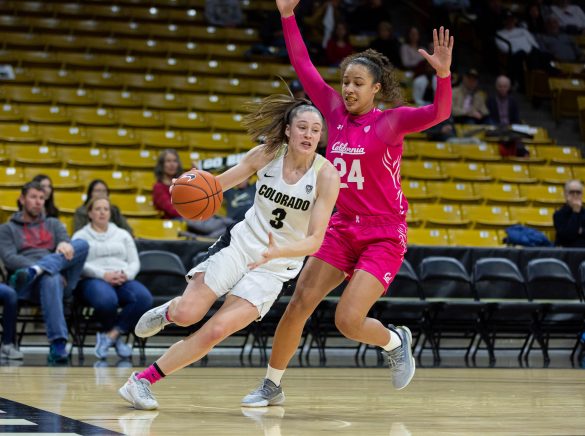 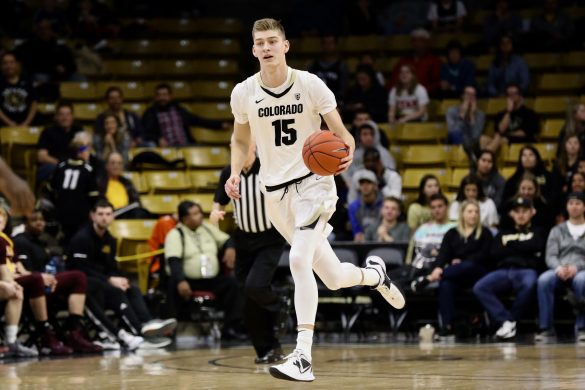 Freshman forward Jakub Dombek dribbles the ball down the court during the second half of play at the CU Events Center. Dec. 29, 2019 (Nigel Amstock/CU Independent) 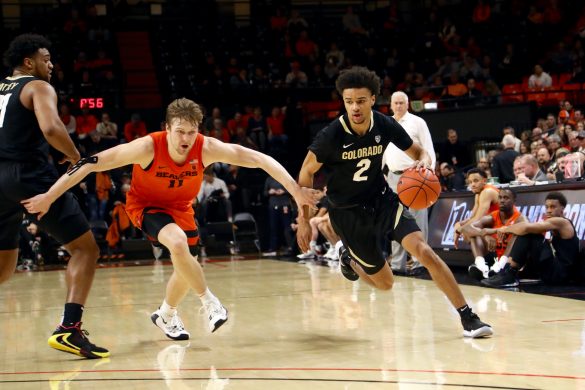 Sophomore guard Daylen Kountz drives the ball toward the basket during the second half of play at Gill Coliseum. Feb. 15, 2020 (Nigel Amstock/CU Independent)