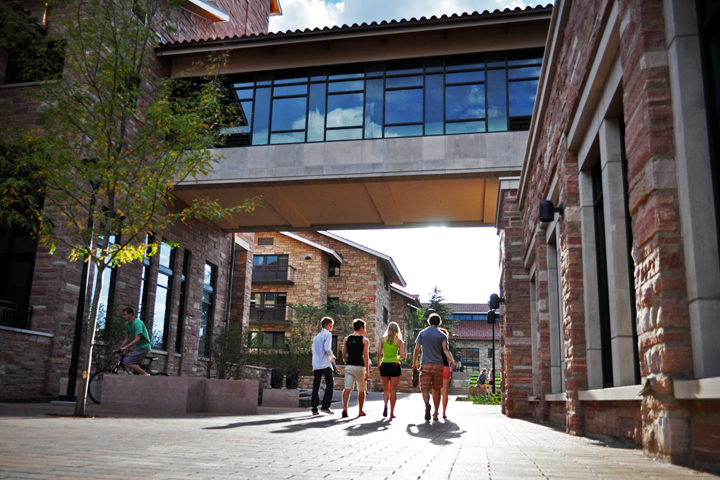 The 2019-2020 school year has already proven to be the busiest yet for the University of Colorado Boulder’s Restorative Justice Program (CURJ) with an unprecedented number of over 700 case referrals just in the fall semester. According to Restorative Justice Coordinator Rachel Larsen, the increase in students is due to a rise in Fake ID referrals by the Boulder Police Department.

The program, which was founded in 2000 and became a partnership with the Boulder Municipal Court in 2005, takes minor and high-level cases including academic dishonesty, theft, fake IDs, trespassing, third-degree assault and obstruction of justice. It gets referrals from CU’s Student Conduct and Conflict Resolution, Boulder courts and online-self reporting. According to Larsen, CURJ serves as an alternative to the traditional retributive justice system. Instead of punishing those who cause harm it aims to address the relationship between all stakeholders as a means to repair.

“I consider it a different paradigm on how to achieve justice and move towards making things right,” said Restorative Justice Coordinator Rachel Larsen.

Relationships are at the epicenter of all the work done in the program.

In comparison to the retributive model or deterrence model and instead of viewing harm as a violation of a law of code, Larsen said restorative justice “views harm to somebody else as a violation to a relationship.”

The relationship in question is not limited to that of the victim and the offender but is extended to all stakeholders, including oneself and members of the affected community.

“I consider it a different paradigm on how to achieve justice and move towards making things right.”

All restorative justice processes at CU take the form of circle dialogue processes — where all stakeholders involved sit in a circle together, facing one another.

“The circle process is based in indigenous origins … and is meant to equalize voices,” Larsen said.

The process is guided by a trained facilitator who begins by welcoming everyone in the circle and outlining guidelines for the discussion, including confidentiality and treating everybody with respect and dignity. After a round of introductions and icebreakers, what Larsen describes as relationship building, the stakeholders are given time for storytelling — where the victim may choose to begin, or hear the offender’s story first.

After everyone directly involved in the incident has had an opportunity to tell their story, harm, needs and impacts related to the incident are voiced and detailed by each individual.

“We read them aloud, which is an important part for that person to take accountability,” Larsen said. “And so they’re kind of taking inventory of how their actions have an impact on others.” While the process is meant to hold offenders accountable and “make things right,” Larsen posits that accountability doesn’t have to take the form of shame or punishment.

Once these components have been carefully addressed by all stakeholders, an agreement or reparative plan is reached for how the person responsible for the harm will repair the harm — this step requires a consensus of all stakeholders present.

CU Boulder student Cristian Joya has volunteered with CURJ for three years and has “fallen in love with the process.”

“It’s so important because it gives you a chance to rebuild not only yourself but the community around you,” Joya said. “And (to see) the bigger picture of ‘how do I make amends with my community?’”

Larsen believes restorative justice is an important paradigm in all contexts of society.

“I think it’s powerful in the ways that we think about people,” she said. “It really breaks down binaries in productive ways— not thinking just good people bad people, but really seeing the dignity inherent in every single human. Which I think is a really powerful framework.”