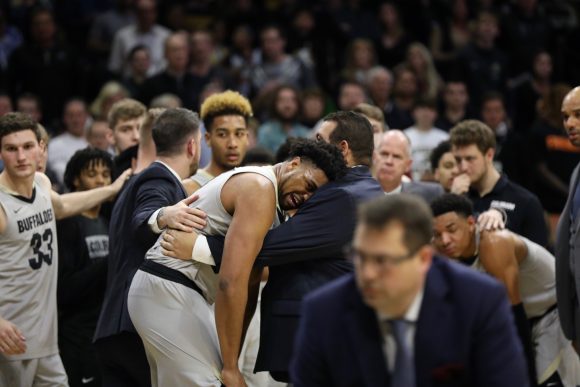 Emotions ran high in No. 24 Colorado’s clash with Stanford Saturday evening in Boulder after sophomore forward Evan Battey collided with Cardinal junior forward Oscar da Silva following a Buffaloes’ fast break. Da Silva appeared to be knocked briefly unconscious following the fall and bled from his head. After an emergency stretcher was brought out initially, da Silva stood up and walked to the locker room with help from the Stanford training and medical staff. CU overcame a halftime deficit to win the contest 81-74.

Battey was doubtless emotionally devastated following the injury and remained so for the remainder of the game. Tears flowed down his face. The View Park, California native had to leave the game briefly to try and emotionally reset. 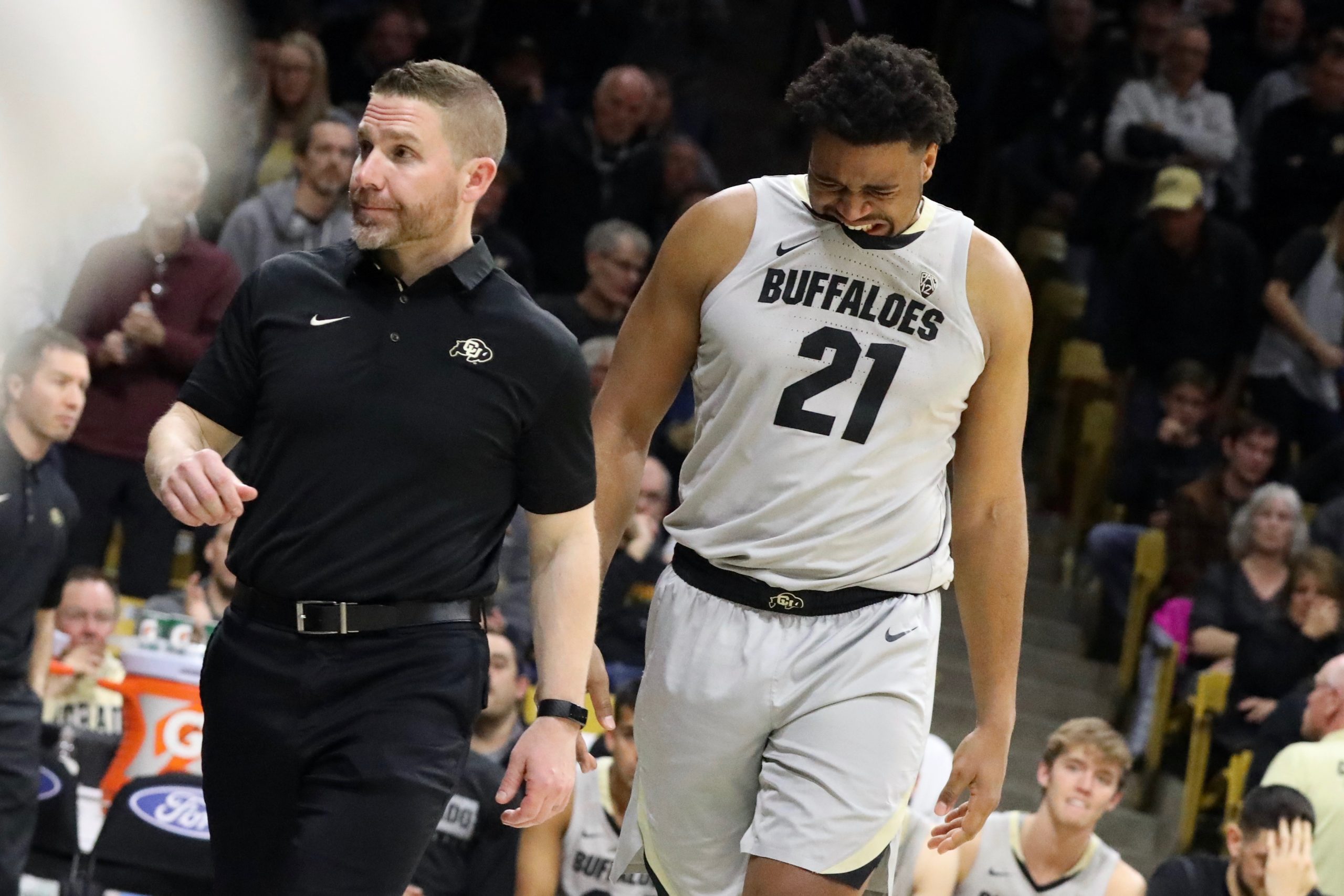 “I had to go to the locker room for five or 10 minutes, trying to debrief and get my head together,” Battey said postgame. As the game went on, I was still praying, still saying prayers. When I hit that three(-pointer later in the second half,) I was shedding tears as well. It was emotional game all the way through and I don’t know how we played when I went to the locker room, I don’t know how Stanford played, but I played for Oscar.”

“Accidents happen in basketball,” Wright IV said. “I’ve known Evan for three years now and he’s got the biggest heart of anyone I’ve ever met, including my family.”

“I’ve never met someone with a heart like his so he didn’t do it on purpose at all,” Wright IV continued. “It was emotional because I looked over and seeing Oscar’s head bleeding and his eyes start to roll back into head, I just got down on my knees and said a prayer.” 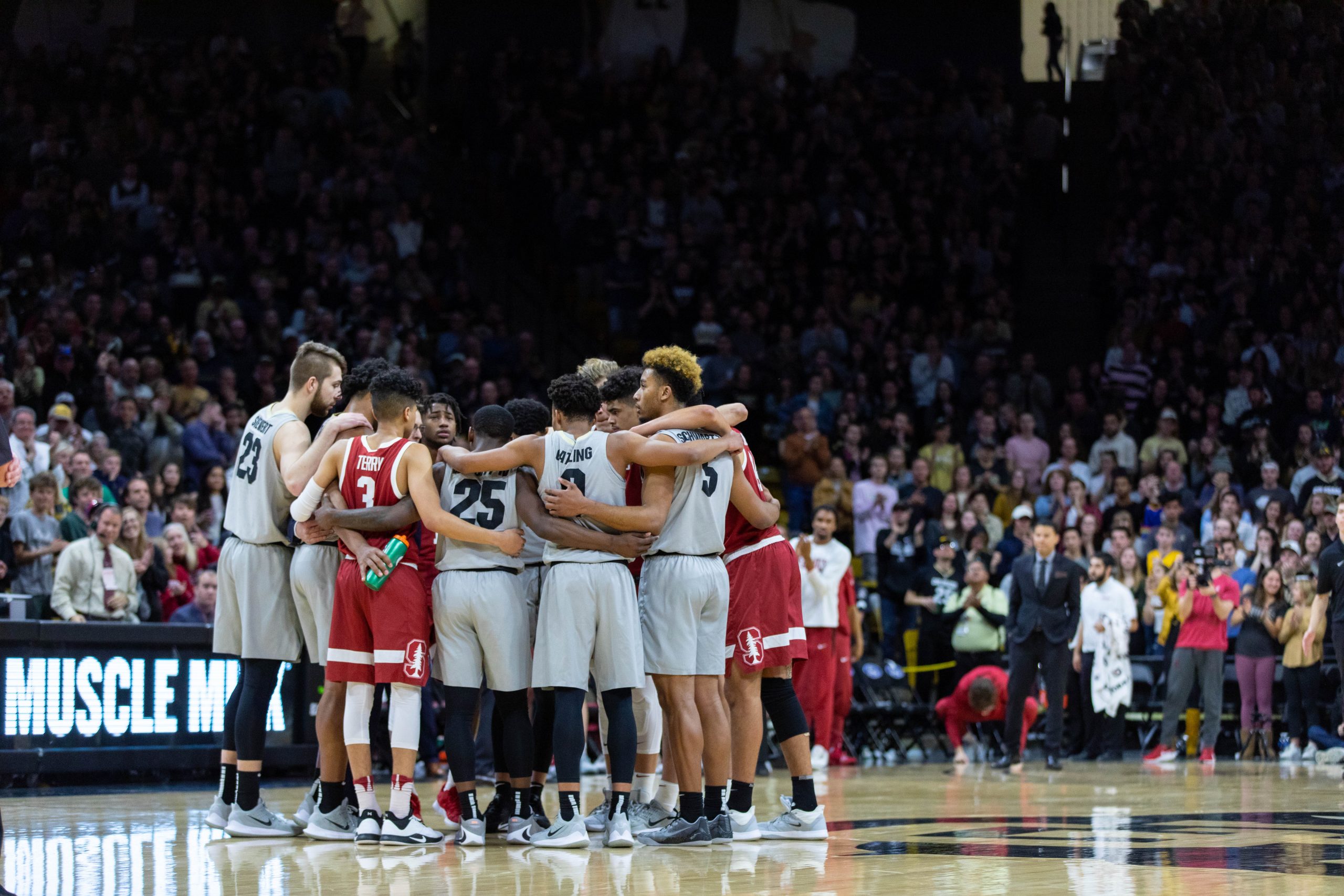 Following the injury players and coaches from both teams huddled at center court and said a prayer. Wright IV called over a grieving Battey and put his arms around senior guard Shane Gatling and Stanford freshman guard Tyrell Terry.

“(Head) coach (Tad) Boyle wanted me to call both teams together and say another prayer with both teams,” Wright IV said, “so we got together and (Stanford) Coach (Jerod) Hasse (encouraged) both teams to keep playing hard and I said a prayer and thanked God that he was okay and he wasn’t worse than (he) was.”

Boyle said he was pleased with how both teams handled the injury, having never been a situation like the one he experienced early in the second half.

For anyone who watches Colorado basketball, it’s a well-known fact that Battey is the Buffs’ emotional leader. Saturday evening, the team rallied around him.

“Everybody came together for Evan,” said junior guard D’Shawn Schwartz. “We were playing for something bigger than basketball at that point. It was a tough game and we knew Ev was emotional about the whole play. We wanted to get that win for him.” 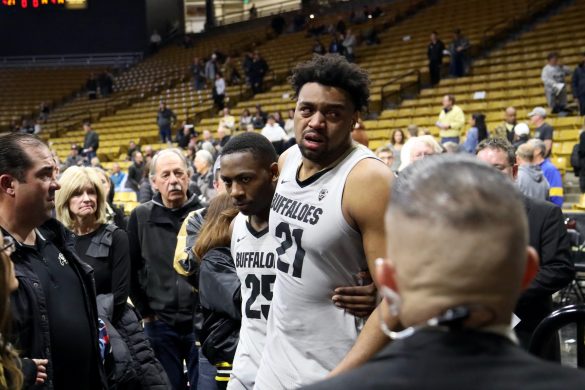 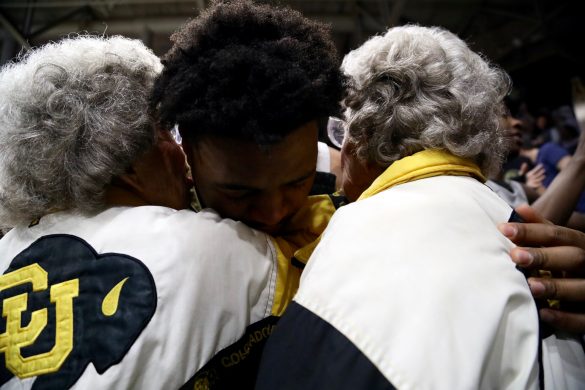