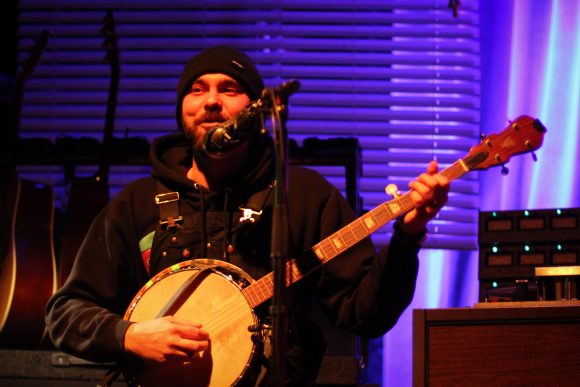 Dragging a clunky 1970s recording device—officially not to be moved more than five feet in its lifespan—around the country, Shakey Graves stopped into Boulder Feb. 3 to 5 to record his raspy, eclectic acoustic sound. During intermissions all three nights, lead singer Alejandro Rose-Garcia would set up the large machine he dubbed “The Grill.” Audiences welcomed the raw performances by singing along with older songs howling with laughter at his newer ad-libbed sections.

The purpose of this tour is to “finally record some of these songs we’ve written,” Rose-Garcia said.

Weathered armchairs and rugs, a retro banker’s lamp and faux window shutters transformed the Fox Theatre’s stage into a comfortable living room. The set felt intimate and cozy, even more so when Shakey Graves came onstage. Rose-Garcia required no opener or introduction. Both nights began with the sole Carhartt-clad musician seated upon a hardshell retro suitcase affixed with a bass drum and tambourine.

“This is my third time seeing him and it just keeps getting better every time,” said Scott Zusi, an audience member from the first night.

His brothers, Sean and Sawyer Zusi, agreed that the concert was one of the most intimate and beautiful shows they’d ever seen. 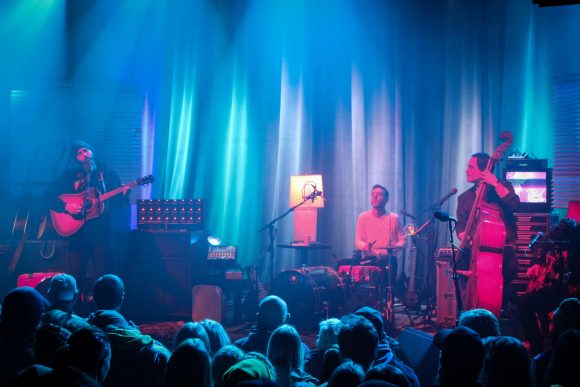 Onstage the first night, Rose-Garcia was completely at ease, joking and conversing with his audience before picking up a banjo instrument and starting the show. His comfort was apparent when he raised a glass to his own stutter and asked his out-of-tune instrument, “What do you want, Mr. Banjo?”

Rose-Garcia is well known for his vocal manipulation. He showcased this skill throughout both performances, fluctuating between raspy growls, sweet and gentle long notes and affected cowboy or robot voices.

Without a set-list, the show felt like a casual jam session. After several solo performances, the accompanying band—drummer Chris “Boo” Boosahda, guitarist Patrick O’Connor and bassist Jon Shaw—filled the stage. Rose-Garcia referred to the trio as “some friends” he’d brought along. The band was frequently surprised by Rose-Garcia’s song choices. With puzzled faces, they’d question him then smile, shrug and bring down the house with a range from mellow, emotional throwback tunes to upbeat experimental new songs.

One fan, Danielle Mariner, was at the first two nights of Shakey Graves’ performances. Mariner noted the band’s interweaving of songs.

“I think that’s really beautiful, how much of it is in his heart that he can just transition so easily into the next thing,” Mariner said.

Local violinist Jeb Bows stole the show on night one with his performance of “Chinatown” which, according to Shakey Graves, they’d practiced only once before the show. Bows, who appears on several Gregory Alan Isakov albums, enhanced the western mood of the acoustic songs with the emotive howl of his fiddle. Night two found concert-goers shouting, “Where’s Jeb?!” 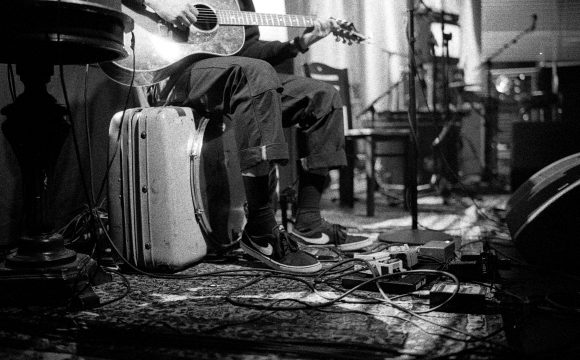 Esmé Patterson made a surprise appearance during night two of the show, shocking and delighting the crowd. Patterson, whose angelic voice made “Dearly Departed” the favorited song it is today, last performed at the Fox with Shakey Graves on Halloween in 2014. They wrote “Dearly Departed” in Boulder that day.

The pair reminisced about the song’s conception, fondly calling themselves “artists of dick jokes.”

Despite an excited crowd, Patterson was visibly a little less comfortable joining the group onstage, having had little to no rehearsal ahead of time. But, as soon as she and Graves began to harmonize and play off of each other, the chemistry was radiant. The entire theater buzzed with fans singing and bobbing along.

Patterson even showcased one of her newest songs which won’t be released until March 6. Concert-goer Danielle Mariner called the performance an “absolute treat.”

The dates for the rest of Shakey Graves’ tour can be found here. 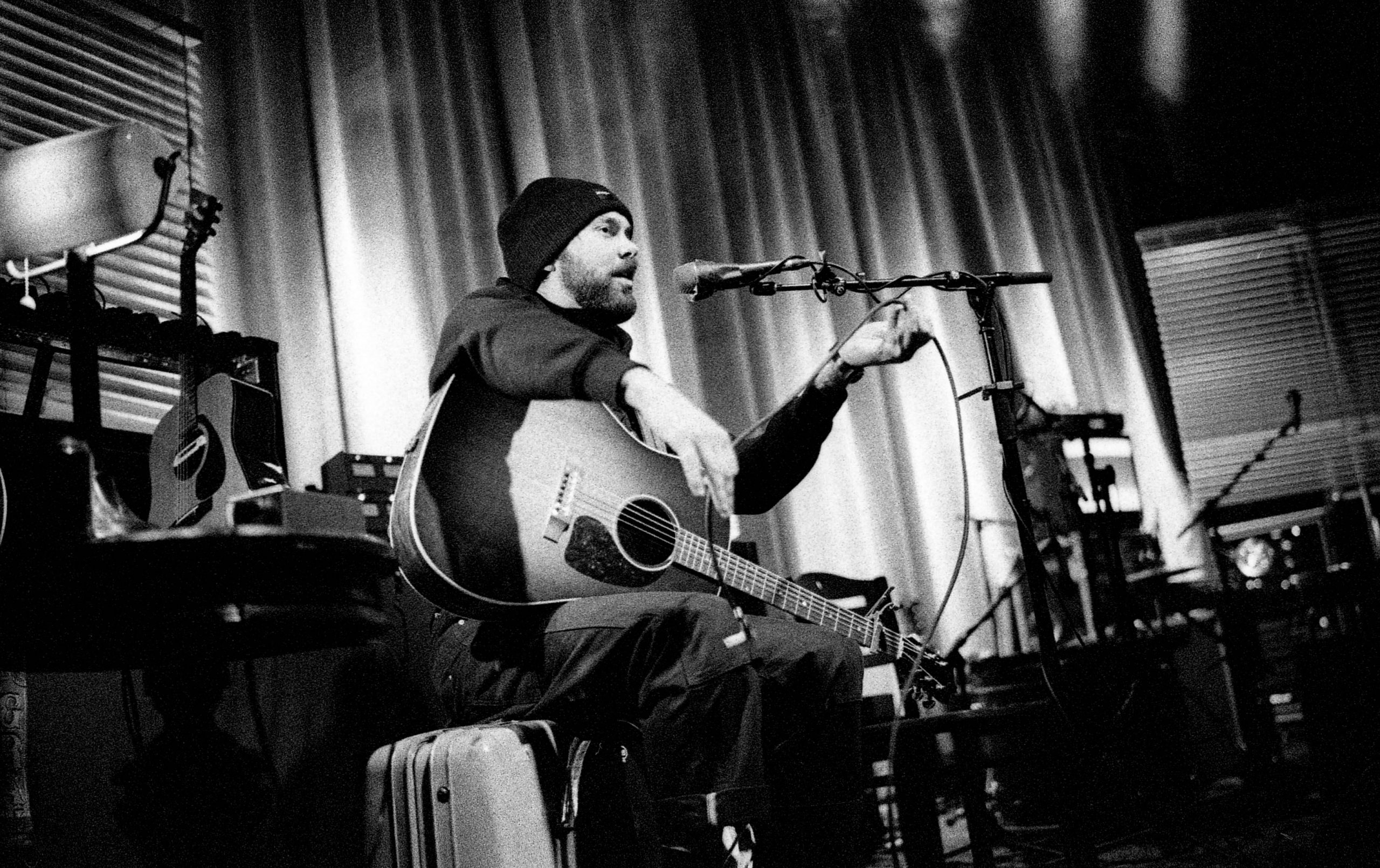 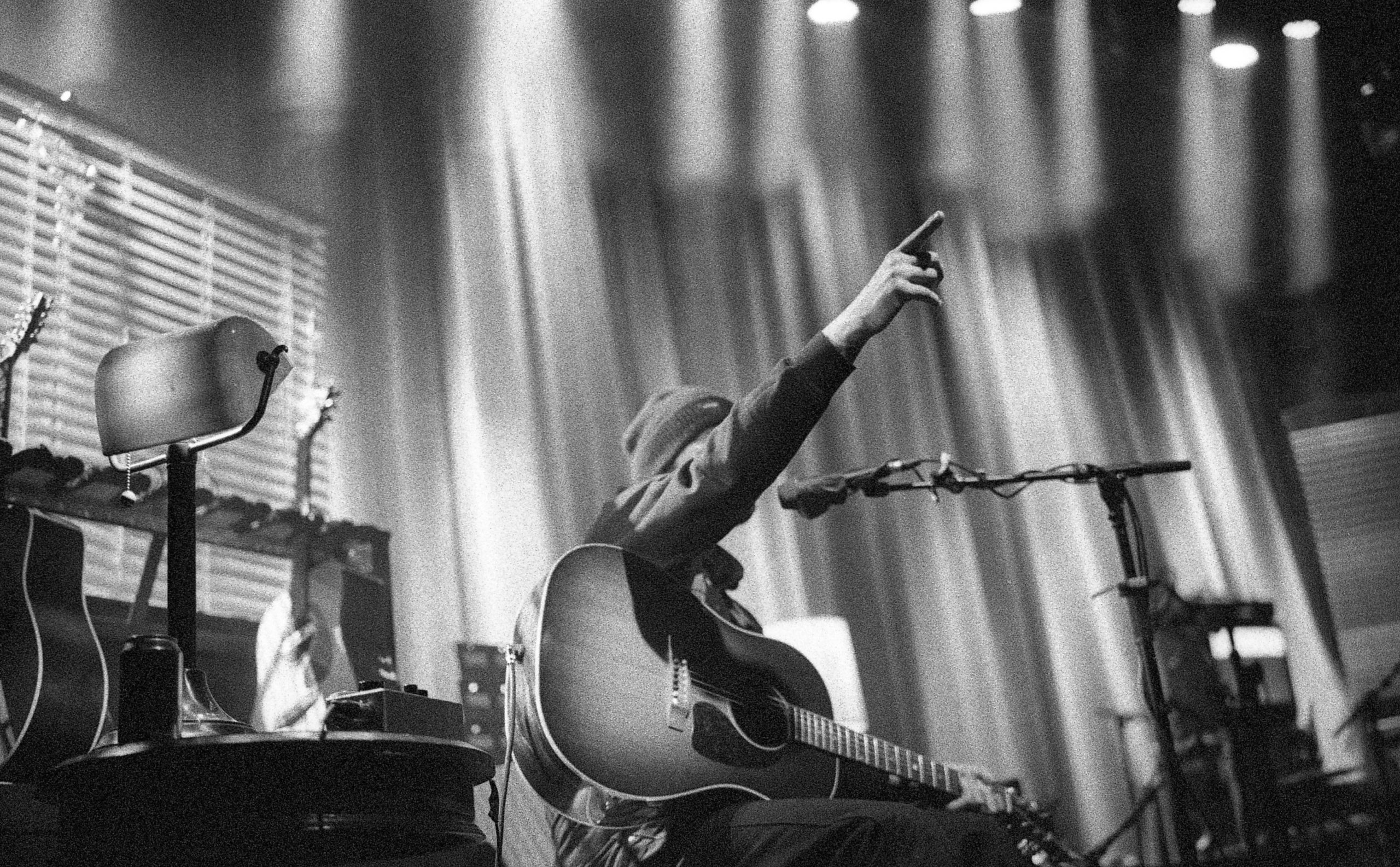 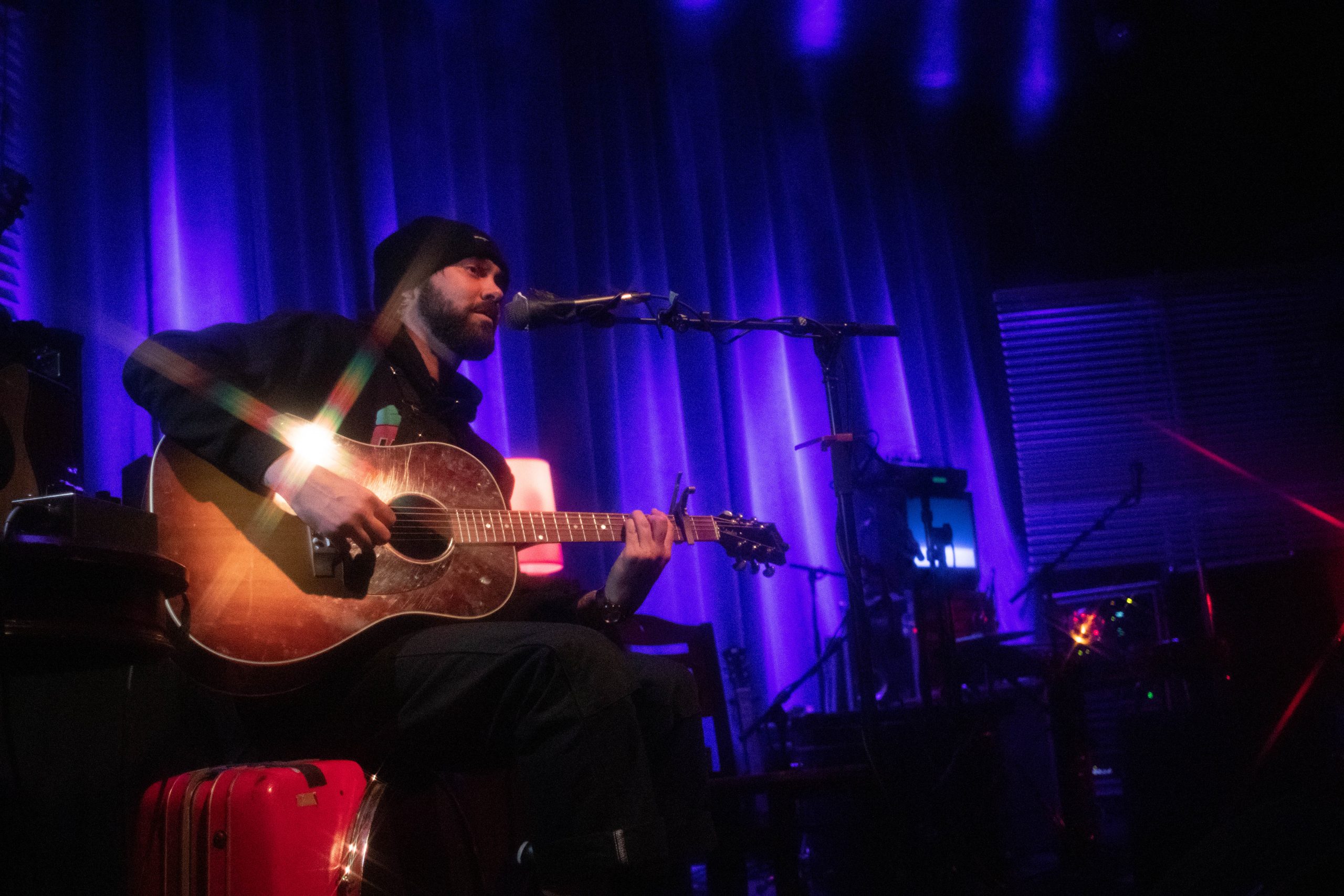 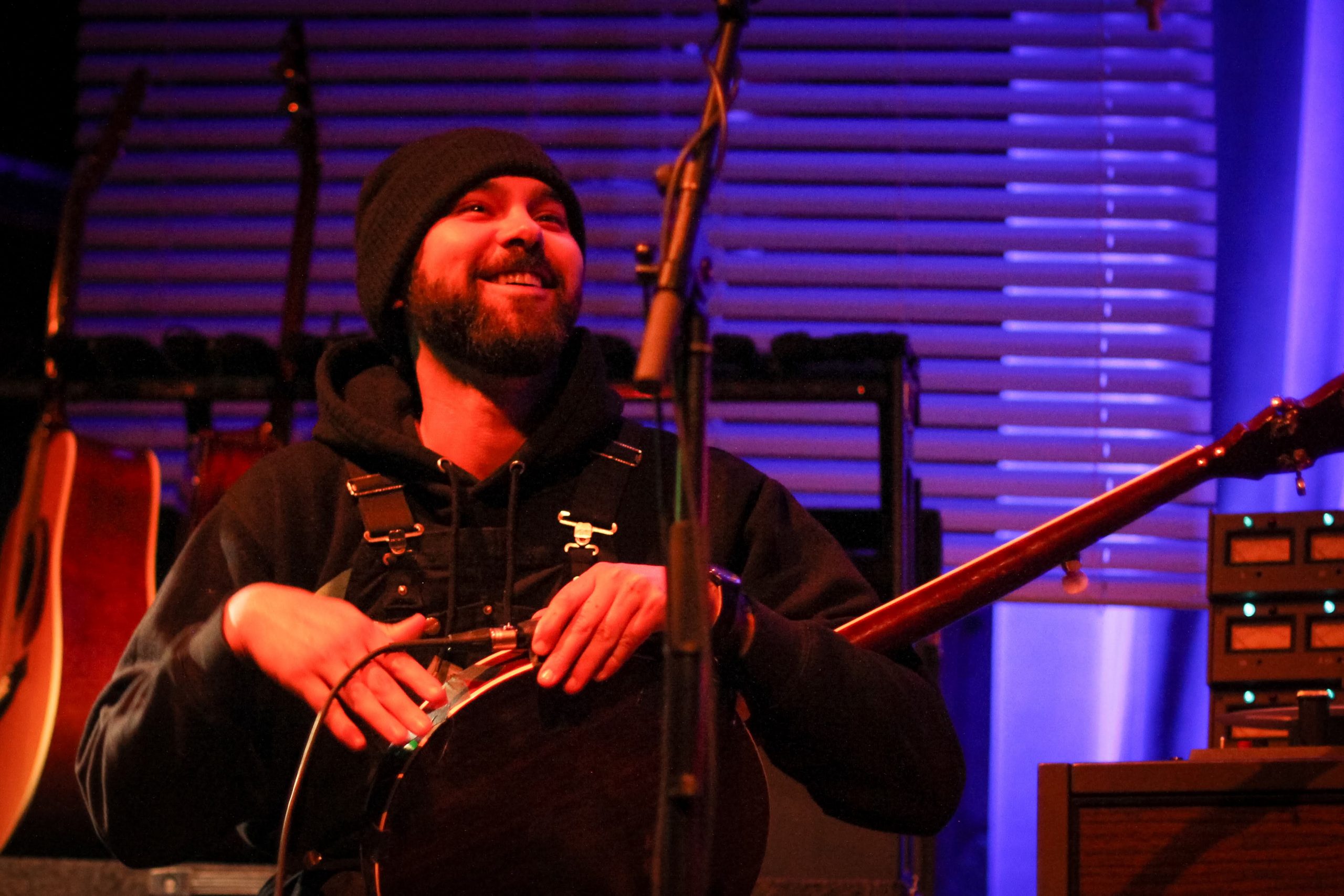 ‘We are the change’: Black Student Alliance organizes protest...