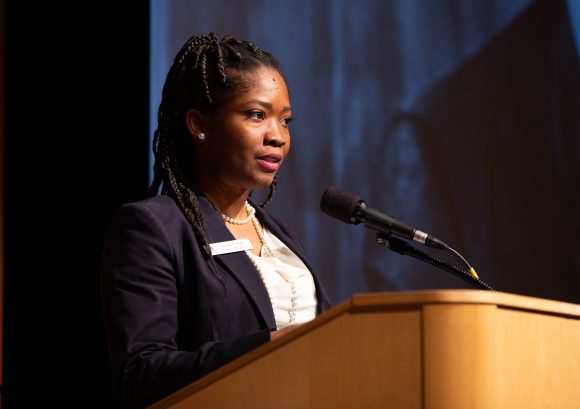 “We’re here today to remember a man who was a pastor, a preacher, a leader, a teacher of non-violence, a civil rights hero, a father, a martyr, and a friend to many,” said Mary Kate Rejouis, reverend of St. Aidan’s Episcopal Church, speaking in front of a large black and white projection of an image of Dr. King. “We gather together today to remember and to recommit to that hard and daily work of dismantling prejudice and seeking justice and freedom for all people.”

Sponsors of the event included the Office of Diversity, Equity and Community Engagement, CU Boulder Hillel, the Bruce D. Benson Center for the Study of Western Civilization, St. Aidan’s Episcopal Church, the Lutheran Campus Ministry and the city of Boulder Housing and Human Services.

Junie Joseph, a current CU Boulder law student and newly-elected Boulder City Council Member, took to the stage following Rejouis’ introduction and posed a rhetorical question to the audience: “Are you leading a life of courage?”

“There comes a time when we must take a position which is neither safe nor political nor popular because it is the right thing to do,” Joseph said, quoting Dr. King.

“Are you leading a life of courage?”

Joseph explained that it was Dr. King’s courage in the face of adversity which allowed us all to “be here together today. ” 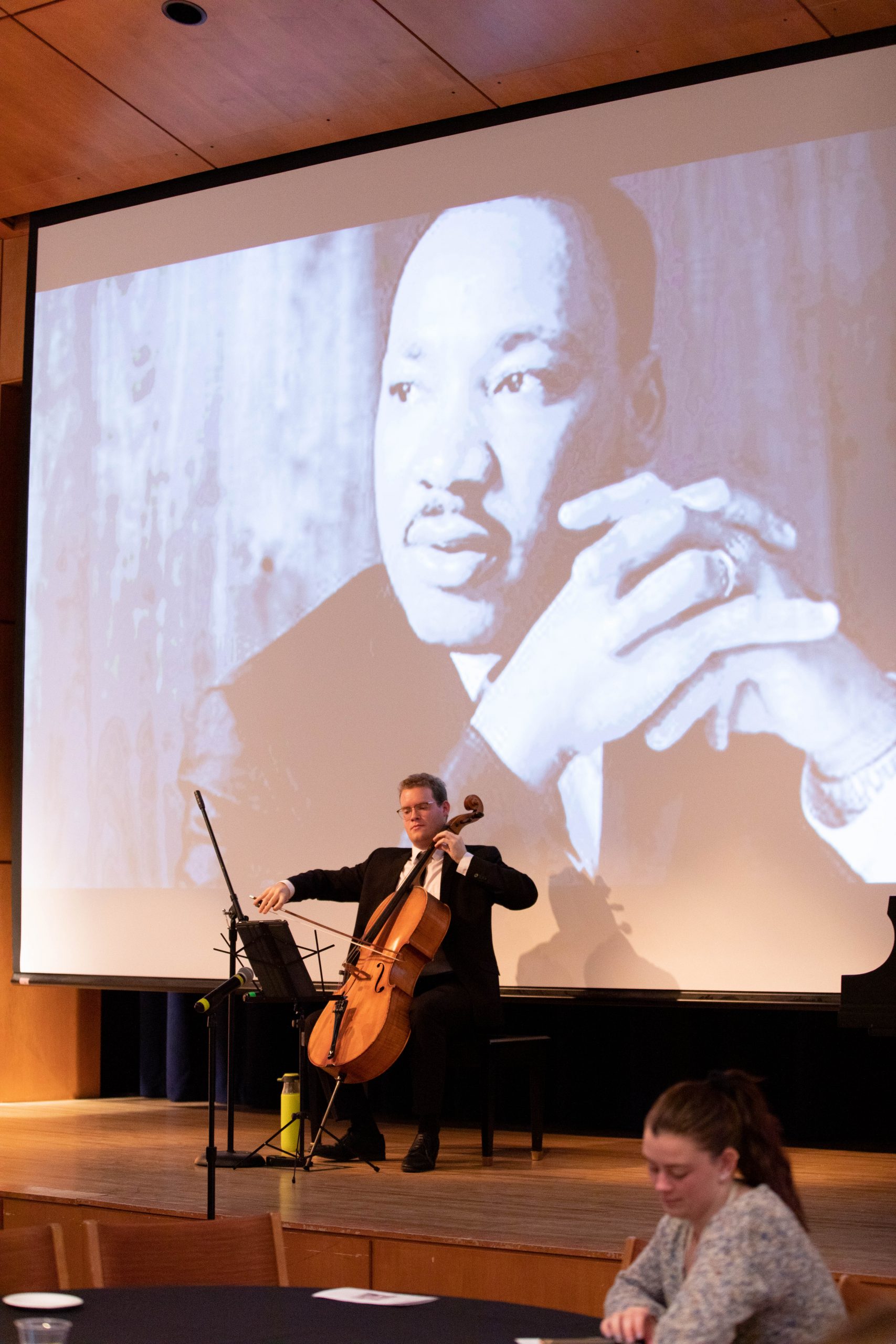 Still, she cautioned that despite great progress over the last 57 years, the dreams that Dr. King once named in his famous “I have a dream” speech at the Lincoln Memorial have not been “fully realized.” She referenced several recent instances of discrimination in Boulder, including when a woman yelled racial slurs at a black CU Boulder student on campus in October.

Several community members attending the event did so out of an act of service, which for Americorp member Ethan Au Green is what Martin Luther King Jr. Day is all about.

“I’m older than King was when he was murdered and he was a very inspiring example of what people can do when they come together for social change,” Au Green said. “I think it’s important to continue King’s legacy in the modern day because we still have struggles for social justice, against racism and for protecting the environment.”